We had a really solid week here at CSE, continuing to make strides on several fronts, as always. One of the really cool items that really began to land this week was the updated NPC pathfinding Lee has been toiling on for some time. We told you our NPCs would not stay dumb as rocks, and we are well on our way to keeping our word, as can be seen in Mark’s impromptu livestream earlier this week!

If you didn’t catch it, you can check it out HERE. ( https://www.twitch.tv/videos/463376446 ) If you’ve played in our control point scenario, which relies a lot on the NPCs, you’ll understand when I say this work will be a big game changer! There’s still more work ongoing, further detailed in our Top Tenish, below.

If you missed today’s livestream update with Andrew and Michelle, you can find that HERE.

We are NOT planning on having a test this weekend. However, we’ve had a few Backers request that we try and give more notice on some of our tests. To that end ,we’re giving you guys a lot of lead time for NEXT weekend’s test.

Again, this info is not for this weekend, but next weekend! We’ll have another follow-up email for those applicable Backers with more today. As always, pay attention to our tentative testing schedule to keep up-to-date with our testing.

Let’s move into the rest of the week’s highlights in the form of our Top Tenish list!

One of my favorite items in there, as an artist, is the procedural material work. Way back in the day and actually all the way up until a few years ago, we created materials mostly by hand in Photoshop or with clunky 3D paint programs. Procedural materials are making our lives as artists much easier, allowing us to try out various looks “at the touch of a button,” or sometimes, at the touch of a slider, very quickly. It makes experimentation much more fun and frankly more possible in shorter time frames!

In terms of art this week, we have a bunch of concept art for various possible NPCs one might encounter in CU. First off, Michelle created several different body and armor part variations for the Draugar we had previously shown.

Next up, we have a fairly wide range of creature types, trying out various body shapes that can still use the same skeleton. Doing so means we save time on animation work. 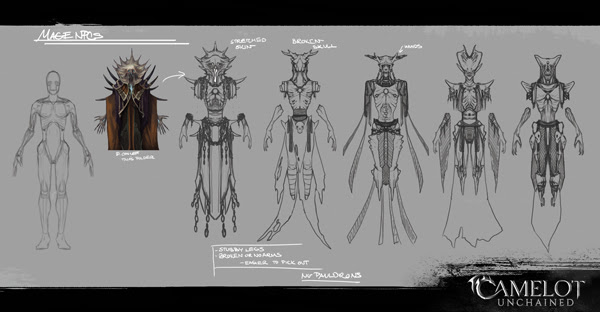 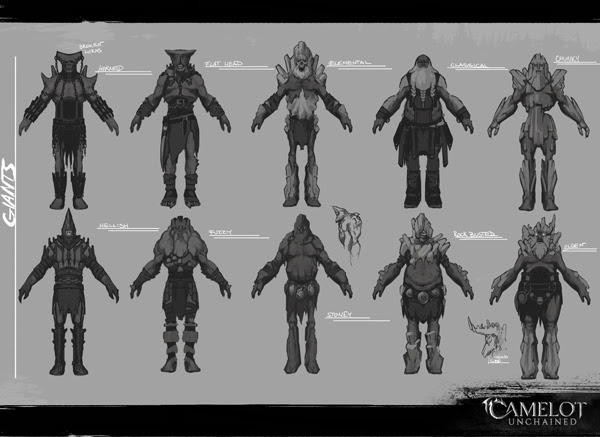 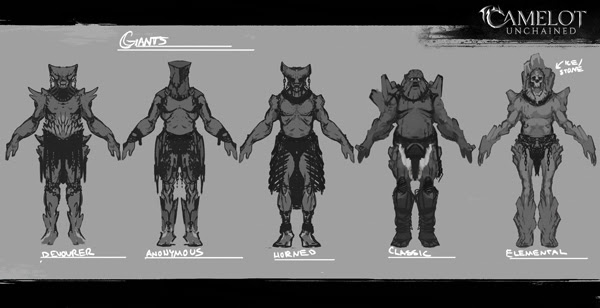 Now, as cool-looking as a lot of these are, please remember this is all just coming up with cool ideas, and all of this is not suddenly going to show up in-game.

Concept art is a really fun stage of development, and we try to encourage the process by not giving the artists too many limitations if we can help it. This allows them to come up with cool ideas more freely. With CU, we commonly hit issues like how all the body parts work together, particularly for player characters or any NPCs that will have more parts for more visual variation. If we hit those snags, we can adjust the 3D model to work within those constraints while retaining the spirit of the concept.

Fun anecdote, one of our artists pinged me about one of the guys above, really wanting to sculpt it!  If you too have a favorite, or something here you think should totally make it into CU, feel free to let us know in the forums!