Welcome to another weekly update with CSE! We’ve been very busy this week on several different fronts, ranging from combat readability and new scenario functionality to patcher updates and new VFX. We also had a lively livestream this afternoon with myself (Tyler) and Tim, plus a couple of drop-ins by Mark as well. You can catch that stream HERE.

Without further ado, let’s take a look at the week’s highlights!

For art this week, let’s start off with a link to some work-in-progress on casting animations from Scott. As mentioned above, these will support the future addition of focus items and right hand empty casting, as part of the one-handed weapon animation assets. 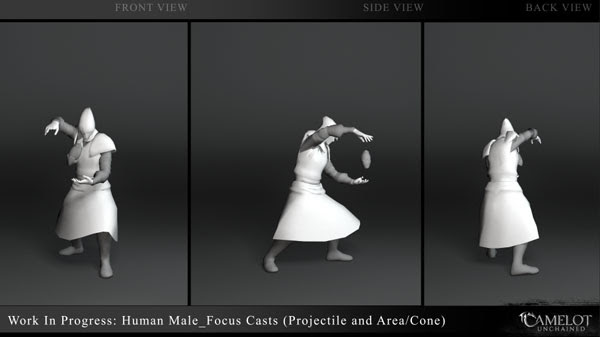 Next, we have some work from Dionne for the terrain surrounding the place of power. The first images are of general grass and weeds. These were assembled from photogrammetry scans, and optimized to use as little geometry as possible. If you look closely at the second image, you may see how some pieces fit within a single triangle. 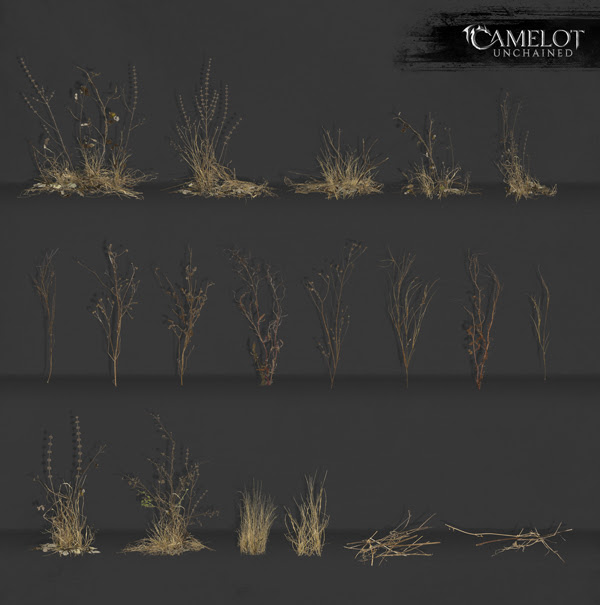 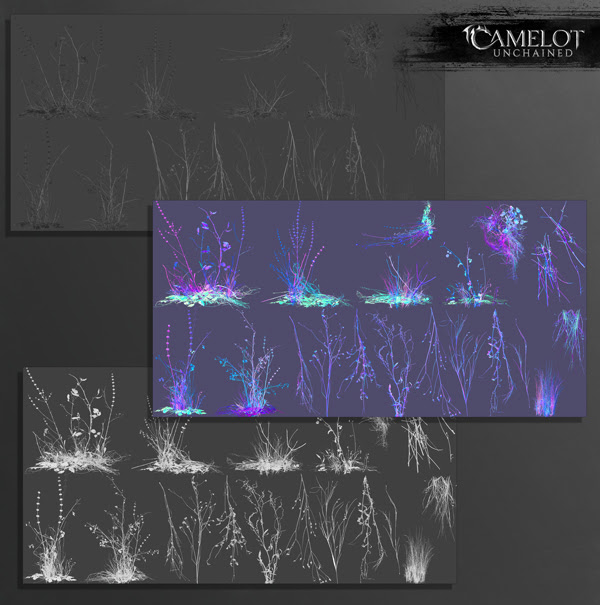 Next we have a shot of some of the dead, dried-out tree stumps. These are also taken from real-world scans and optimized to use a shared, repeating texture. Once the initial terrain mod is assembled and working as intended, we’ll do a pass to stylize the textures a little bit, to show Realm influence. 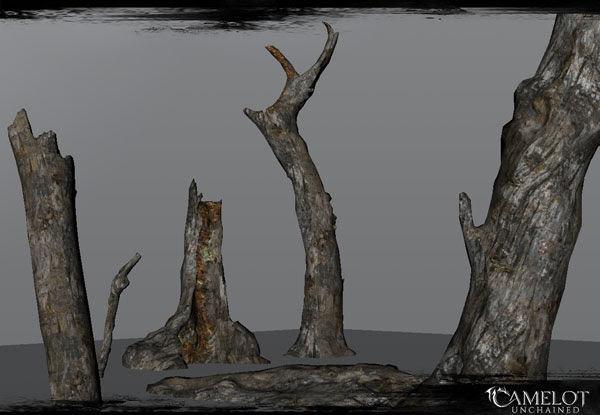 Next up, we have several images of the tome items Jon worked on earlier this week, from concept artprovided by Michelle. We start with the Arthurian versions with their high poly sculpts and materials. 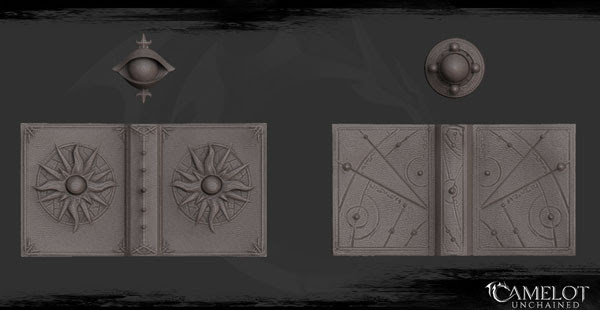 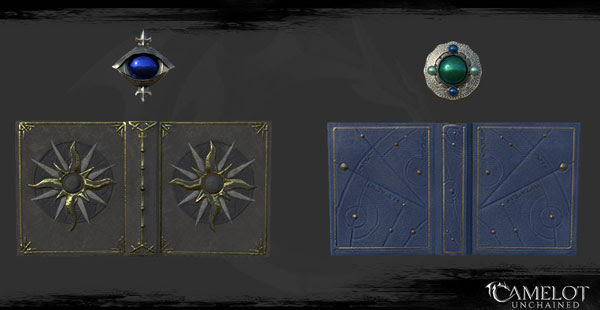 Next, the Viking variations. 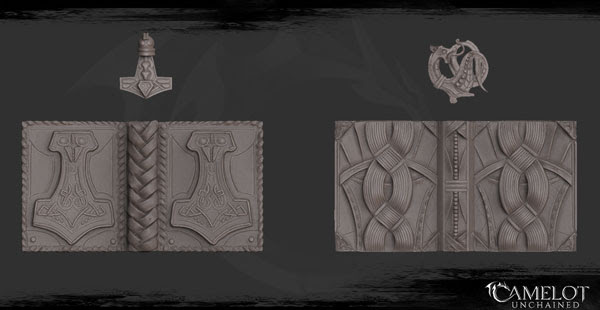 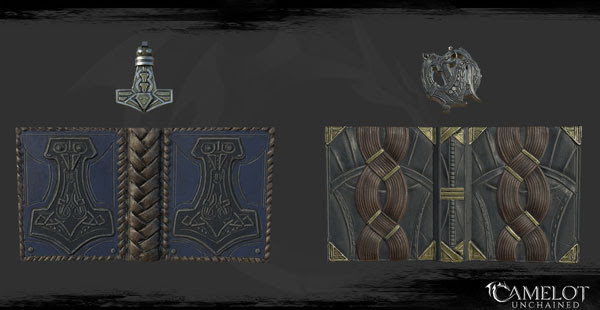 And finally the TDD variations. 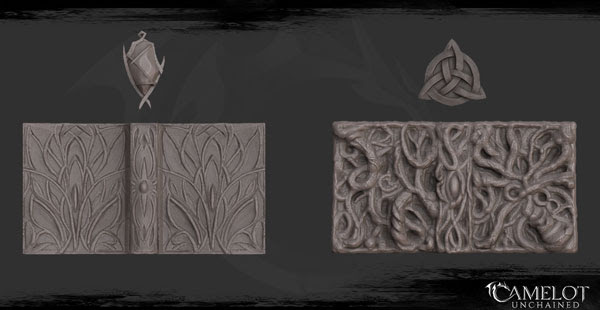 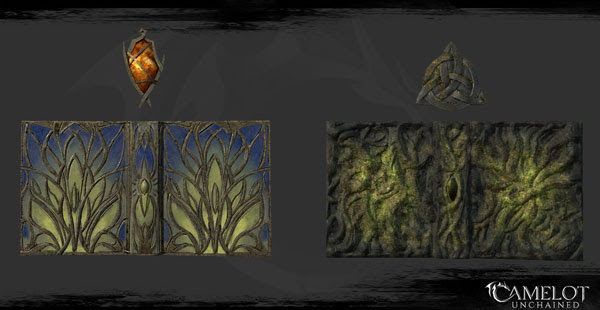 Last but not least, we have some variations of the Arthurian heavy armor chest piece from Michelle. You can catch her livestream HERE. 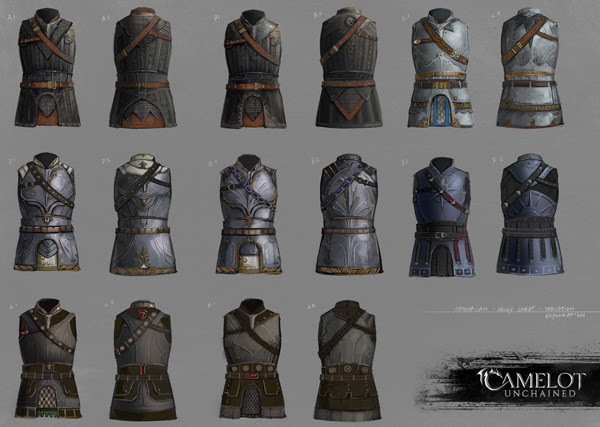 That wraps up the week for us here! We ended on an extra cheesy high note thanks to our “anonymous rich creepy uncle” (one of our Backers) who was kind enough to send us pizza to both offices! Thank you very much! We called lunch early, as it simply smelled too good to wait! 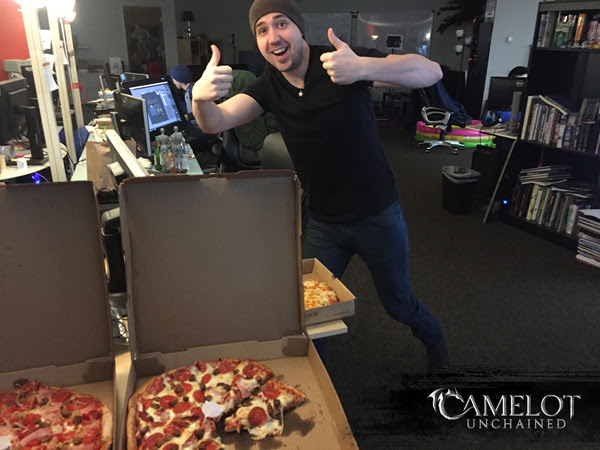 In addition, one of our Backers, Poxer, sent us this amazing Christmas card, which we opened on today’s livestream. Included below is the card itself (sorry for the reflection, it’s under glass) and the call to arms in the attached note! 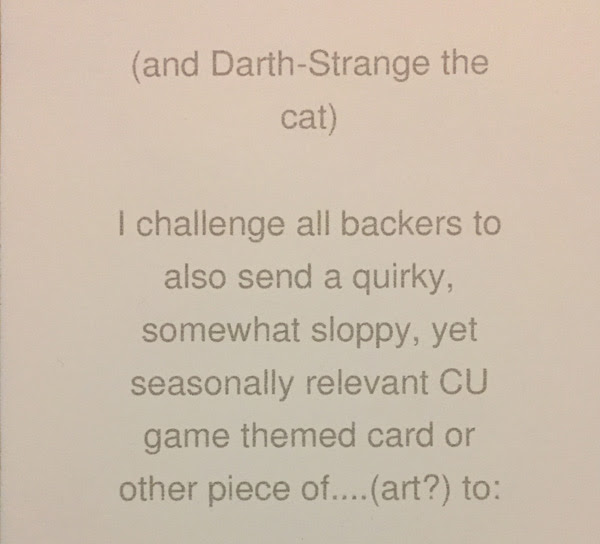 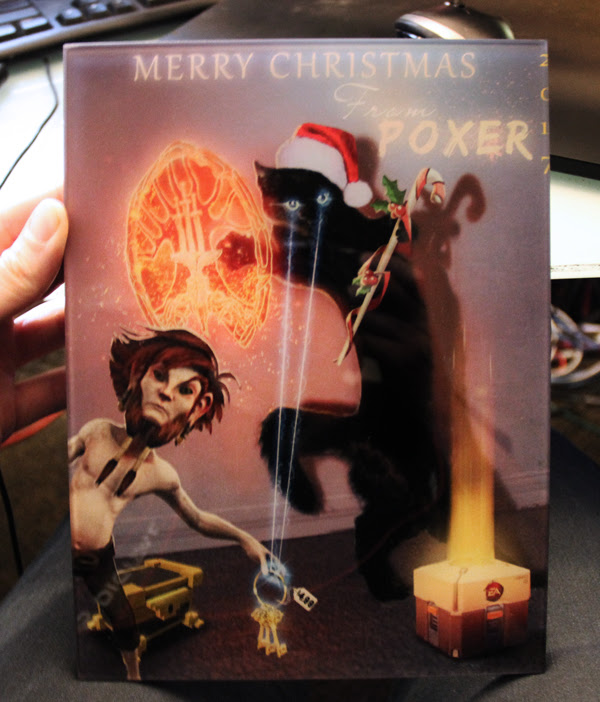 If you’d like to take up Poxer’s challenge, you can contact Max on Discord, or in our forums, for the address. Once again Poxer, well done (we see your little jokes in there!), and thank you! While it is already late in the month, we’d still be overjoyed to read Holiday cards in January.