ARGH! This was certainly us “doing the dumb” as we hit the dreaded send button a minute or two (or more accurately, an error or two) too early. Sorry about that, but here’s the corrected August Update with the link to today’s livestream and a title. Please forgive the duplicate email; as the title says, that’s on us.

Another month, lots of good things to talk about! We’ve crossed more than 9000 miles in a test in order to make sure, among other things, that our game can handle player traffic coming in from almost anywhere. We’ve fleshed out new areas, made lots of progress on the tech side, and continue to do a deep dive into the guts of our ability system to make it easier for designers to work with them. With that, here’s our Top Tenish items for the month.

For the usual rundown of the month’s Top Tenish and Q&A, check out this month’s livestream here: https://www.twitch.tv/videos/1135266631.

It’s a Puuuurfectly good August, so we’ll start things off with a feline encounter! Below is part of the first pass for the Cait Sìth exploration concepts: 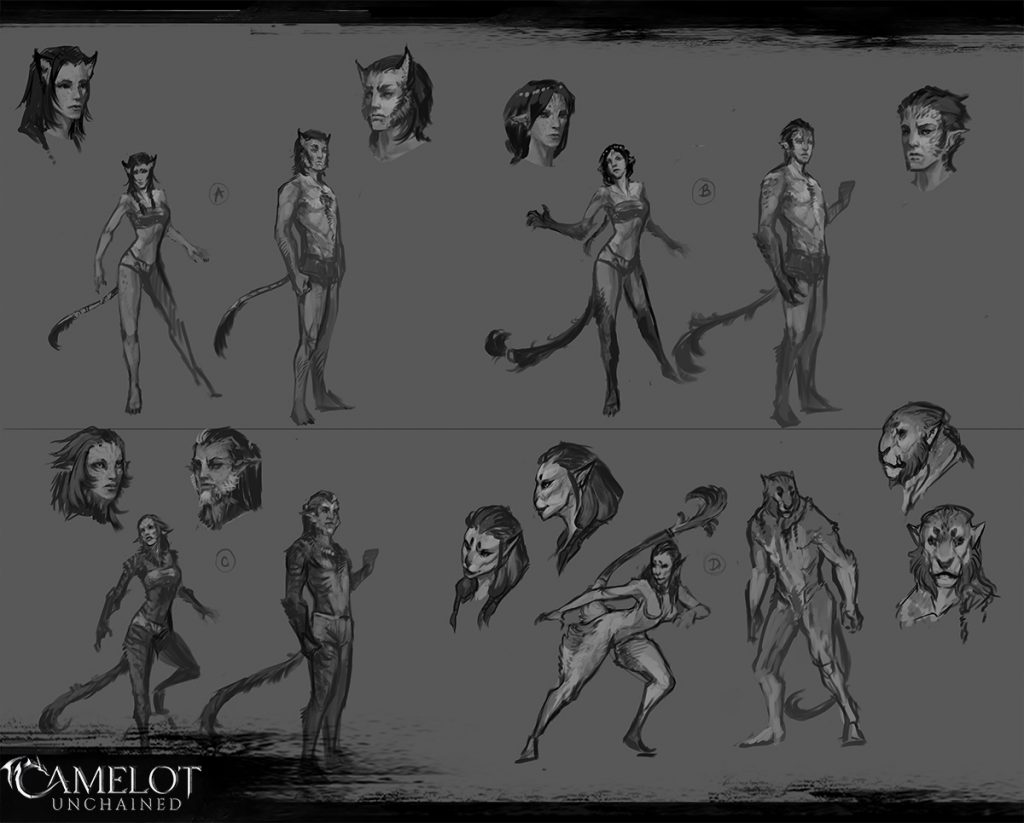 We got some major evolutions from there, check out these house cat-inspired coats: 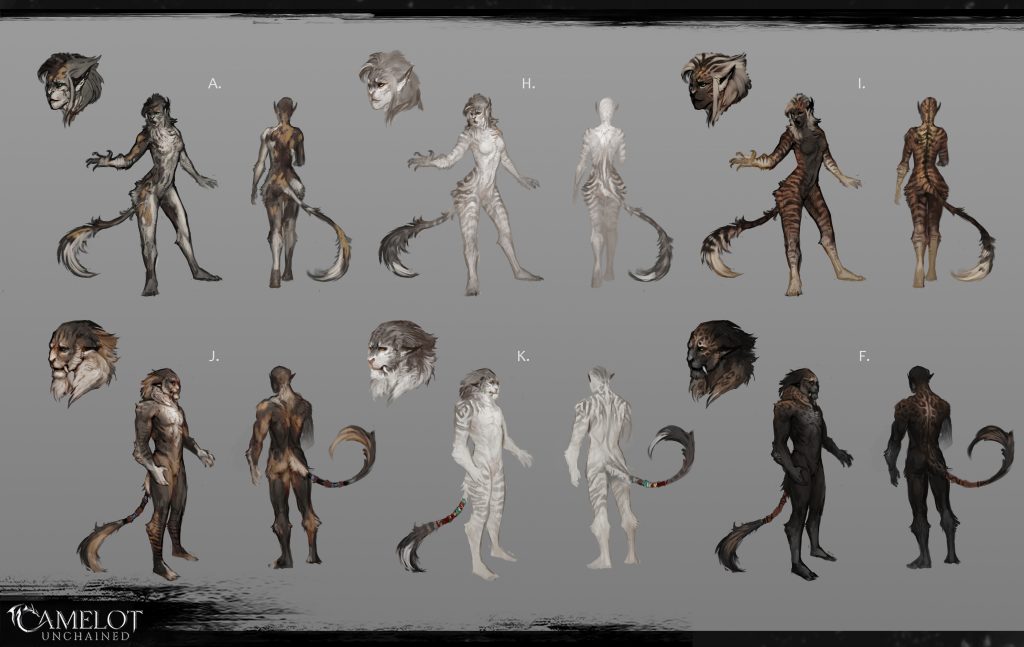 If these were not enough for you, there is even more of a breakdown located in the Newsletter! Feel free to check it out if you’re looking for more Cat Photos. 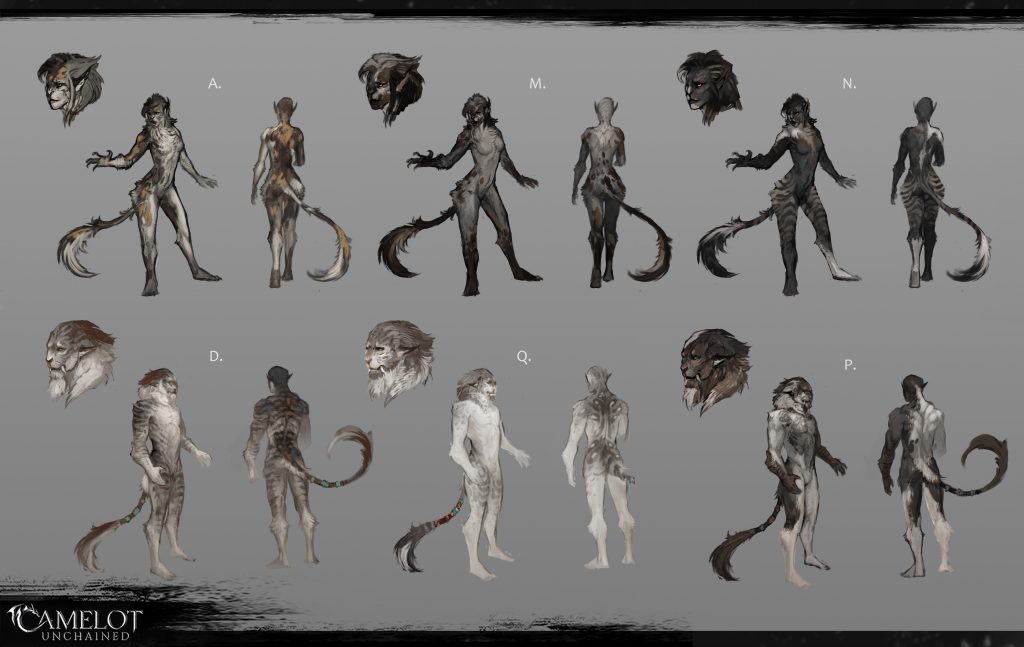 Next, we sail away from our Arthurian prowlers and onward to some Coastal Lowlands beauty shots:

Because the coastal area will ideally stretch across much of an island, we really wanted to make sure the Coastal Lowland could have different looks to it. So you’ll see quite the difference in terrain as you travel.

From coral and kelp beds…

All the way to coral cliffs… 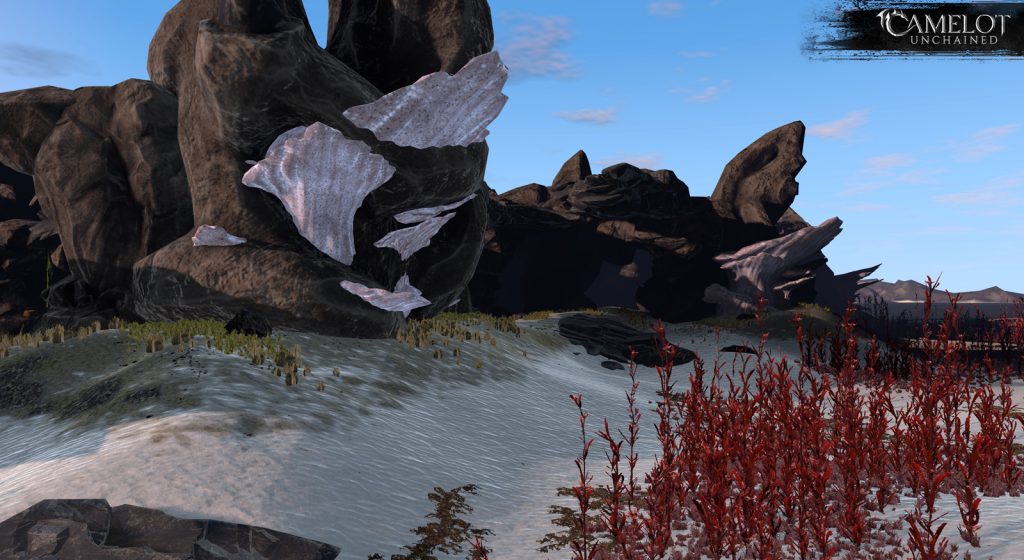 And more than just the beauty of the Coastal area, new sounds and movement updates will be testable here as well! The Newsletter details more information regarding the future of the Coastal Lowlands Biome Zone, so if you’re interested definitely give that a gander.

If all goes well we hope you will join us for a weekend test of a brand new build of CU this weekend! If not, and as always, we thank you for you support and patience and please stay safe during what remains of this pandemic.