We had another great week, as you can tell from the longer-than-usual list of highlights in our Top Tenish. Whether it was us putting the “B” in Big Bot Battles, bug clobbering, or major visual improvements, things went very well this week. Keep in mind that there are still more improvements that you folks may see as soon as next week–check the first item on the Top Tenish for details! The joy of game production is felt in each of these triumphs, as we gradually turn a game’s design into a reality.

Assembling this week’s Top Tenish began to feel really good as the list continued to grow. These fourteen accomplishments are much more than check marks on a list. Each item represents the drive, collaboration, and teamwork, multiplied throughout the team, to progress through a task for Beta 1. I feel a sense of pride in seeing the proof, week after week, of what this team can accomplish.

Let’s take a look at the week’s highlights in our Top Tenish!

Let’s move into some visual looks at this week’s progress, starting with a video link to the updated bow movement animations from Scott. 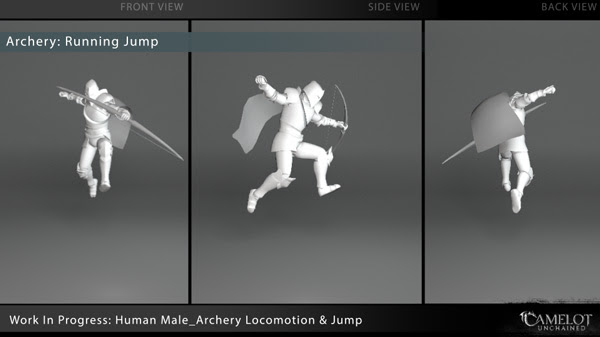 Next up, we have a static shot of some of the posing from Sandra’s initial pass on the shield and sword animations. The color coding on the character is there so our animators can have a better view of what is happening to the character as it moves through the animation.

A while back, we showed you some concept art and provided very little detail about its purpose. Well, not to be a tease, but we’re doing that again this week with the following designs. As I asked previously, what could these be used for? Hmm… 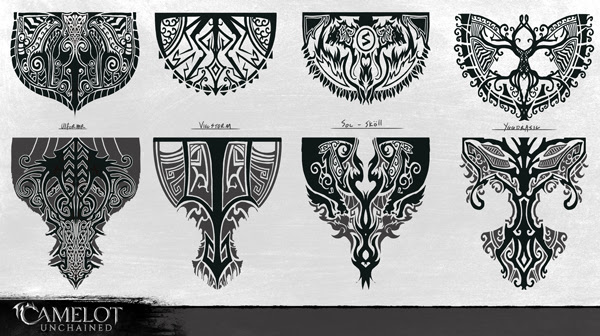 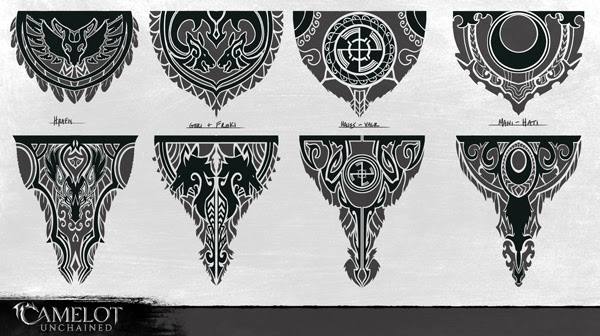 To wrap up, we’ve got a WIP shot of the TDD portal marker from Jon, below. You can see his work on a material pass HERE. 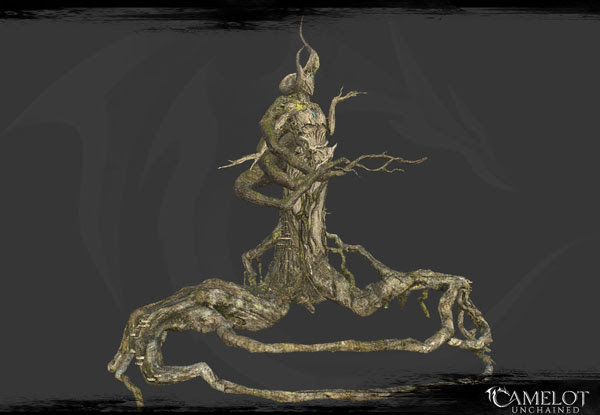 To finish out our art, Michelle has been busy painting away this week. Previously, she completed a pass of the TDD quivers. You can find the image of those HERE. This week, we have the Arthurian variations, followed by Viking ones. 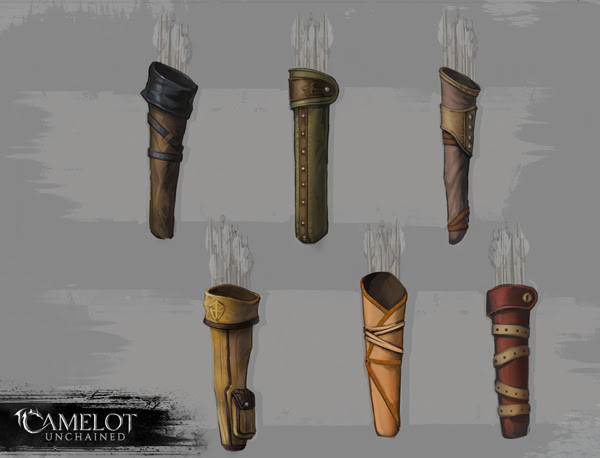 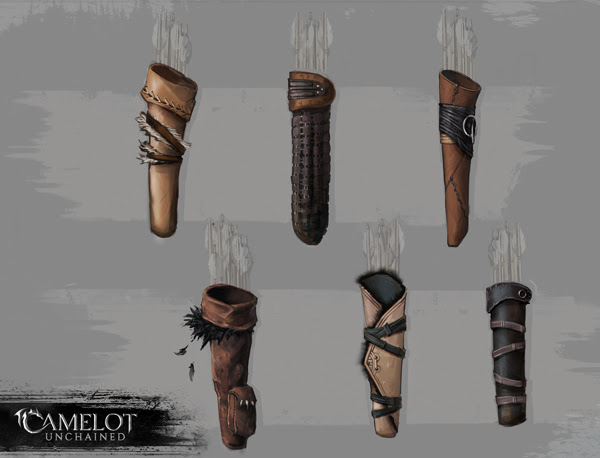 That wraps up the overview of the week’s progress. As a reminder, we’ve updated our Beta 1 documentation on our website today. You can find that info HERE. We thank you for your patience and enthusiasm, and hope you have a great weekend! We’ll see you Monday morning, coffee in hand, determination on brow.