Good evening, all! It’s the end of the week for us here at CSE, which means (if any new Backers don’t know) it’s time for a quick update on the week’s progress, a bit of art, and a mention of testing this weekend! If you missed our livestream earlier today with Andrew and Ben, you can find that HERE. If you have any pressing questions for us, feel free to drop in for the Q&A at the end of each Friday’s stream.

We’ve been testing a new build on Nuada Prep this week, which has a few fixes that kept us from testing last weekend. We are going to have an unstable build test (Known server crash.) tomorrow. We’ll send out further testing info to Backers (up to Beta 1 testing level) later this evening.

For the week’s progress, let’s jump over to the highlights in the form of our Top Tenish:

We’ve got a quite few buns in the oven, which fits the pace we’ve been maintaining. Getting through all the work to make all our UI elements use Coherent is a pretty big achievement, as are improvements for animations with siege engines and FX on building destruction! Let’s move over to a few visuals from Art this week, shall we?

As you may have noticed, almost all the artists are focused on landing the updated characters and animations. Instead of showing updates to the existing work, I’m trying to show a few images of how these things are assembled. Last week, I showed a pic of “Dionne’s Army of LODs” which you can see HERE. This week, Dionne, Jon, and I (Tyler) began work on making the female variations of these armors. We’re focused on setting up the LOD0 (highest geo resolution version) first, which includes this nice color coding to represent the different armor parts for import. No bikini chainmail here! Our editor takes all these pieces, breaking them up by material (the color you see) so we can create the equipment that goes into the game. It’s a lengthy process that I can proudly say the team is getting through at a rapid pace. 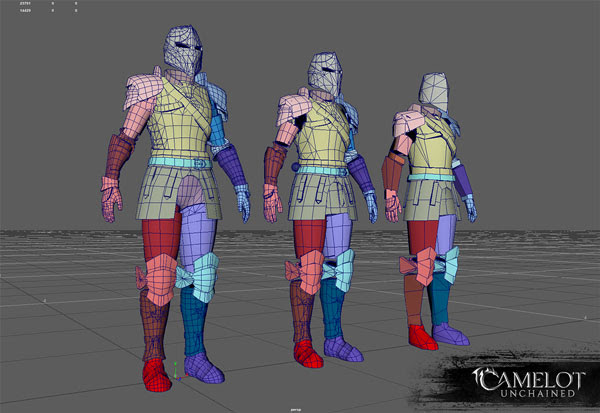 For more behind-the-scenes work, we’ve got a couple of images from Jon, where he’s morphing the new human male mesh into the old high poly Zbrush sculpt of the male Luchorpán. This gets us a really quick starting point for the new Luchorpán that will be quick to weight to the new skeleton and easier to fit armor around. The first step is selecting all the guides for the morph; the second is the final result. 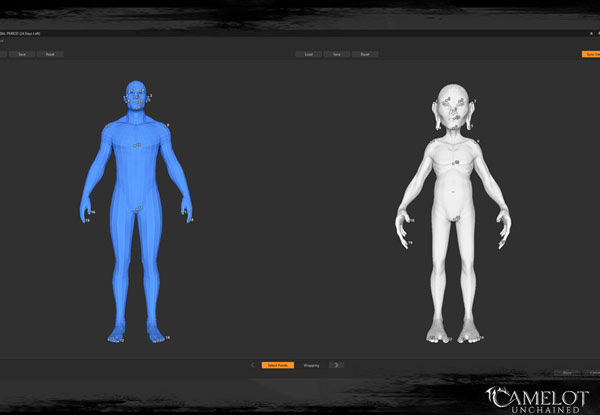 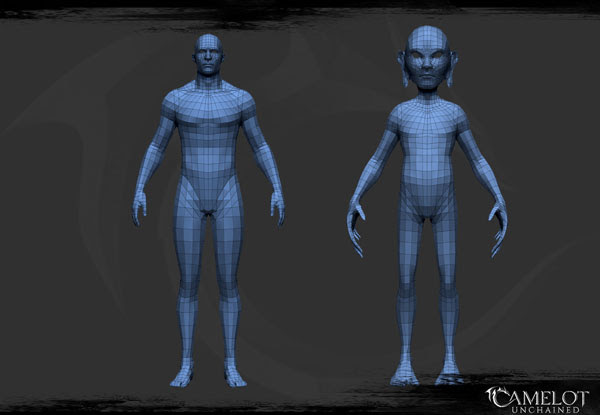 In case you’re wondering, we scale the Luchorpán characters down in the game. Authoring the assets at the same size, and in this case, the same geo (-metry) makes the whole process much easier. With these new meshes comes the updated materials as well, Check them out in our new and improved UV layout. 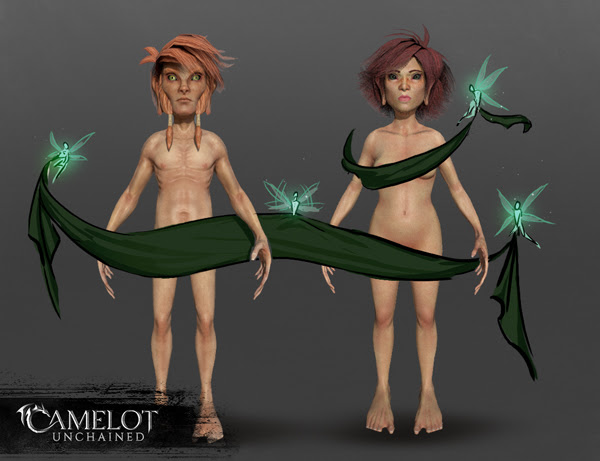 James continues to pump out ability icons for new healer abilities. Can you guess what they might represent? 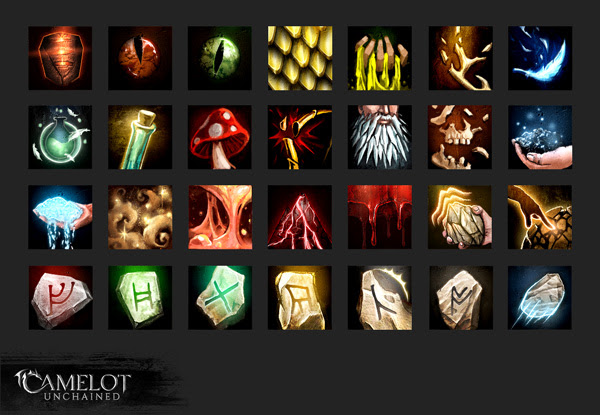 I took a break from making the female armors one evening to make some more terrain materials. Dionne and I haven’t forgotten our Environment Art roots (gotta fix a bit of tiling in the mossy one)! 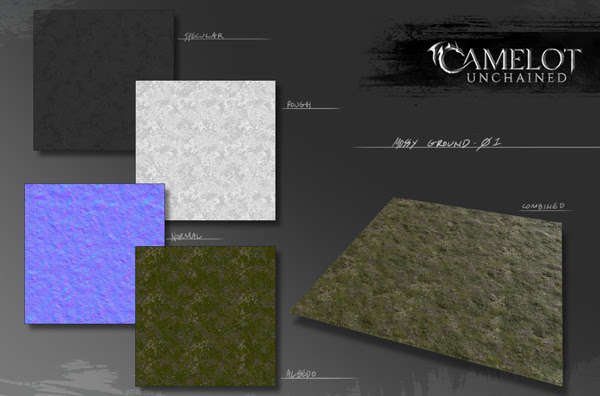 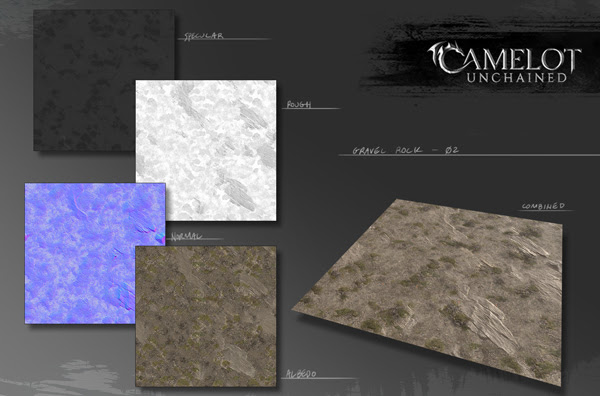 Michelle continued on the new wands and scepters for our mage classes this week. I’m in love with several of these designs. 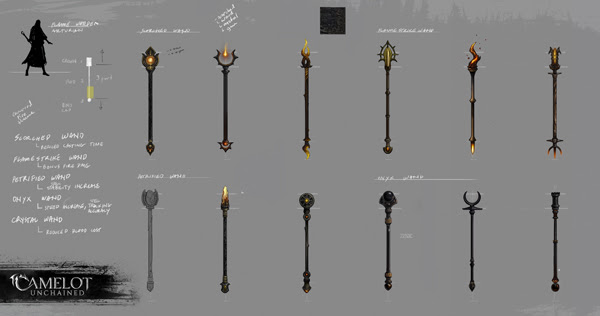 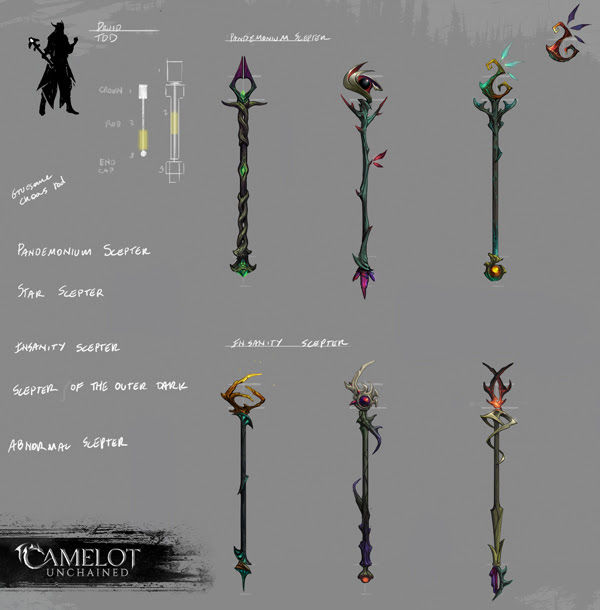 Speaking of art, we recently received a truly beautiful piece from TierlessTime! Thank you so much! This lovely painted engraving will decorate the office wonderfully! 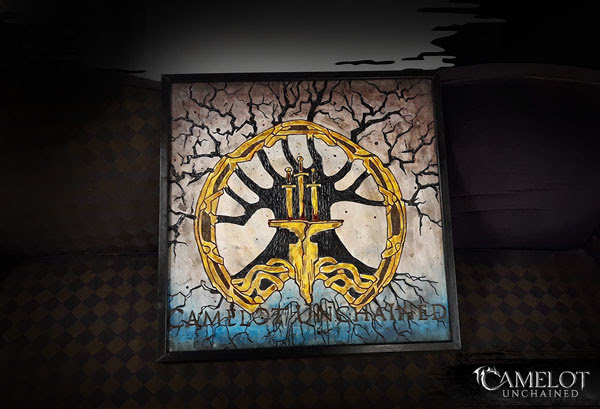 With that, dear friends, we come to the end 🙁  At least, for this week. Don’t worry, we’ll be back in the office Monday, continuing work and reviewing bugs from the weekend’s testing. Pay attention to our tentative testing schedule next week for further chances to jump into a build!

Thanks, as always, for your support.