Well, if you didn’t see today’s livestream update, you missed a once-in-a-lifetime opportunity to watch me do a live update almost entirely without speaking! We save all our videos and you can see it here (https://www.twitch.tv/videos/160930106). This quite memorable event came about thanks to a root canal (what fun, right?) that my dentist finished just in time to get me back to the studio to do the update (before the local anesthetic had worn off) with Ben. 🙂

The title of today’s update is a reference to that root canal, but also a reference to the problem we’ve been chasing down for the last two weeks. Call it scene-locking, call it broken, call it a PITA, but the good news is that Andrew and George made major changes to the system so that the engine is a lot more stable than it was three weeks ago. Now, is it ready for a real Alpha test? Unfortunately, no. Lots of progress?  Yes, but not enough for a test this weekend.

Fortunately, there are a few silver linings, in addition to the Top Tenish. The biggest are that those changes to the system helped expose some other bugs that, frankly, were being masked by the older code. At the same time, they improved the client’s overall stability and allowed us to get the Bots back up and running! We’ve been eradicating the bugs as quickly as we can, but we simply ran out of time to get a solid test up this weekend. OTOH, we expect to return to Impromptu Tests next week, and will prep for a weekend Alpha test!

Now, without further ado, let’s get to the Top Tenish list:

For art this week, we’ve got a video link to some new animations of the second pass on single-hand weapon combination work. Using two different weapons, with an ability system as….robust…as ours is, provides a pile of new challenges to solve. We’re on our way. Click the image below! 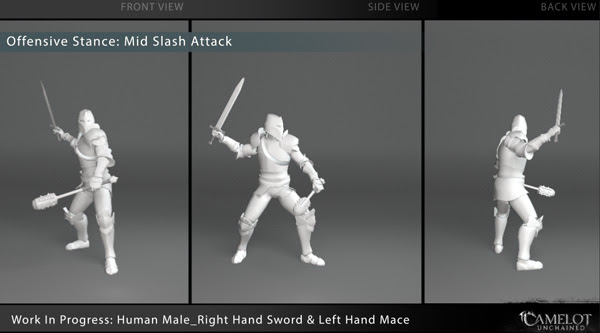 Following up last week’s modeling work, Jon finished up the cave assets with a rough pass on materials. We’ll drop these in and continue to audit as we get farther along with the look of the mines. These were inspired by Tyler’s own personal trip with the family to Luray Caverns near us in VA. 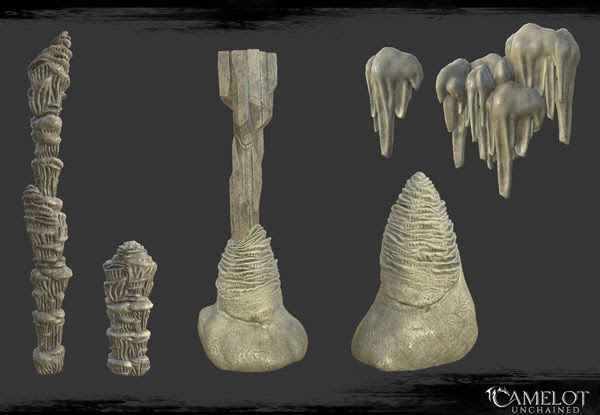 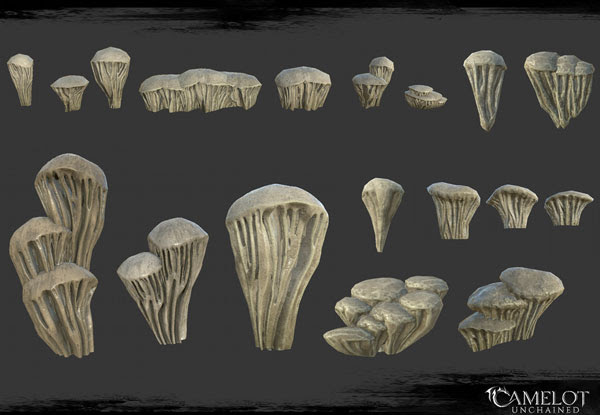 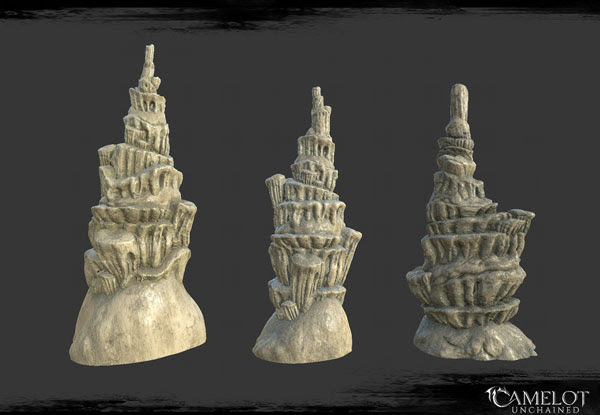 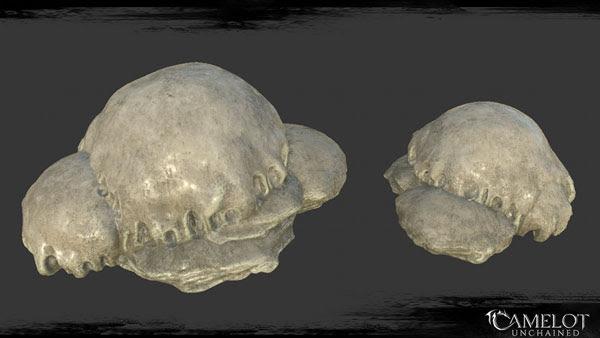 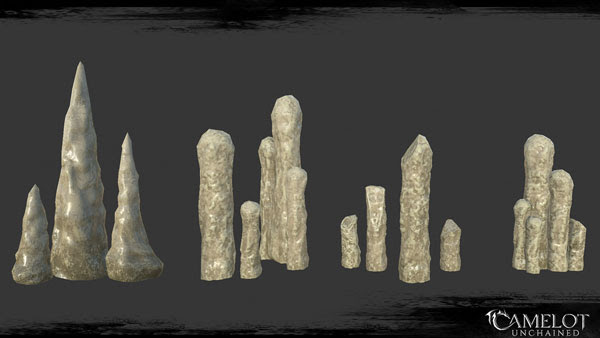 Jon has been clamoring to do some Depths-related work, so we figured a small Easter egg would be fun for people to come across in the lower levels of the mines. You can catch the livestream of this work HERE. 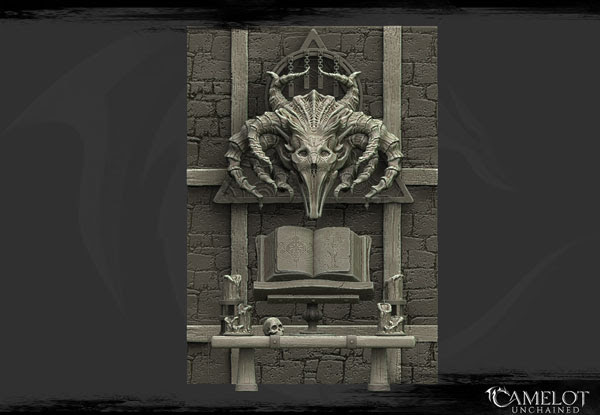 Michelle has been hard at work on the now-approved second pass of the TDD portal marker. You can catch her stream from last week HERE. 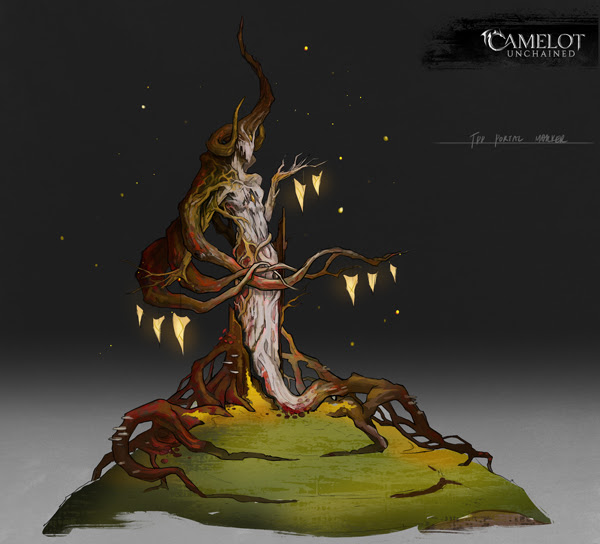 Not to be outdone with ONLY in-game asset concepts, Michelle has also completed some UI styling concepts for the recently added first-pass inventory UI. 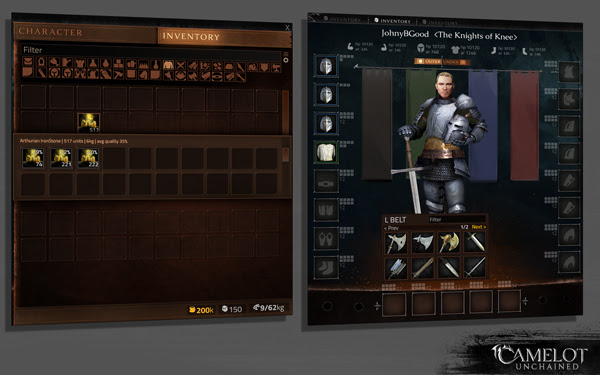 Again, another great week here, checking items off the list to Beta 1. I think the only other thing I could reasonably ask for is a break in the heat wave over here in Virginia. Until next time, have a great weekend all, and we’ll CU next week for more streaming, more updates, more progress, and hopefully, more testing! We’re planning to run a test early next week, when we can be in the office to monitor it.

P.S. Just before I wrote this, I went into the latest build with about 400 of our little autonomous AWS clients. I was running around and getting shot and killed by Bots (no respect, I tell you I get no respect!) while I was shooting back at them and at some of the buildings in the game. My FPS was great, especially considering these facts: We just got the Bots working again, I was in the middle of a fight, and we have a test mine floating above the battlefield. 🙂