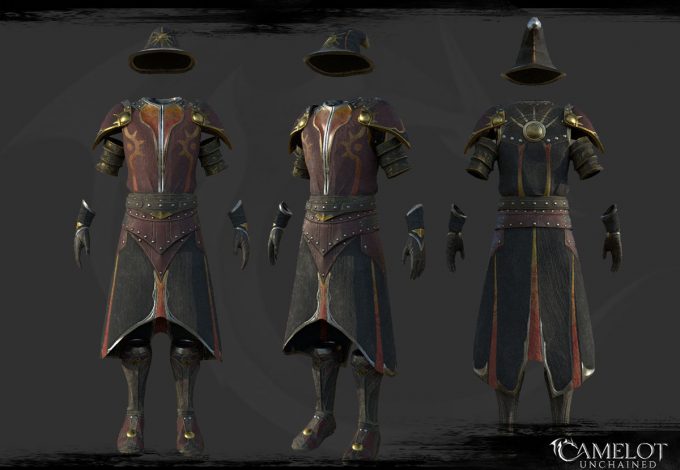 A late-breaking update from Andrew gave us the name and inspiration for today’s update. As Mark and Andrew talked about in today’s livestream update, Andrew was happily making our particle system both better and faster (if I could say stronger, this would be the Six Million Dollar update), and I’ve included an example of the results: “Not Rob” on fire. If you don’t get the reference, it has to do with Rob’s love for blowing up things in the game, among other things. And since we like Rob–wouldn’t want to set him on fire, of course–so Andrew picked the next-best thing, Not Rob. As you can see, Not Rob is on fire thanks to Andrew’s new code. A more scriptable particle system is great for Mike C, designers, and most importantly, the players, as it makes our game look better and more interesting visually. Other than that, things are continuing along at a really solid pace, similar to last week, as we continue making progress in order to get our larger ongoing features back into our master code branch and push toward our next scenario.

Last week saw the merge of all the work done for Characters 2.0 go into master, along with the first working version of the new crafting UI. Overall, we enjoyed a good weekend test, but there were a number of bugs for the team to tackle this week. While most of them have been resolved, there are some that we weren’t able to fix this week, so unfortunately there won’t be a test this weekend. OTOH, expect more testing during this coming week.

This week, we’ve begun testing the improved ability system with our IT and Alpha Backers in the Castle Siege Scenario. Once approved, after further testing, we’ll move this into master to continue iterating upon it, getting us one large step closer to finishing the improved ability system. We’re all very excited to move this along and work on new features, probably as much as you folks are! I know that Mark can’t wait to play a mage again, and, as he always says, to get killed by you folks.

As usual, we have a whole host of other interesting work in progress, such as improvements in VFX tools and rendering, further siege design, and improvements to the animation system! There’s always a lot to cover, which is why we have a weekly livestream update with Q&A in addition to our Top Tenish list for those of you who want the quick read.

If you missed today’s livestream update and Q&A with Mark and Andrew, you can find that HERE.

As hinted above, we had several physics server crashes in this afternoon’s testing that would make having a weekend test unproductive. We’ll be focusing on fixing that come Monday, so keep an eye on our tentative testing schedule for further testing updates.

For art this week, we start off with a render of the finished materials for the Arthurian mage outfit. I’m personally very excited to play this mage, honestly just because of this outfit. It was my favorite of all the concept art!

Next we have the work-in-progress sculpt of the TDD mage outfit.

Jon’s almost finished with the material pass, but you’ll have to wait until next week to check it out 🙂

As promised last week, we have some concept art of various Realm-themed armor assets. We’re focusing on breaking out the assets into individual pieces, unlike our current assets, which visually look like they go together as a set. Approaching our armor in this manner should encourage players and crafters to mix and match to their heart’s content!

Once we decide on a piece we want to make, we typically move these quick ideas to the next phase, where we polish up the art, make sure it works with our part system from a technical perspective, and turn it into a 3D asset! Have you got a favorite? Let us know in the forums!

As mentioned in our Top Tenish list, we’ve been working on character LODs created by the artists vs. our procedural system. This is a lot of work on the art side, not because it’s particularly difficult work, but due to the quantity of assets we’re working on all at once. Each character has a nude, undergarment, and armor asset, which is different for each gender, and in some cases, different per race, such as the Luchorpán or Valkyrie. As you can imagine, that’s a lot of assets to create! This image from Dionne represents only a few of the assets she has been working on!

Next week, Dionne and I (Tyler) will import these assets into the game and do some initial performance testing. We’ll probably continue to reduce these characters further, based on how well they look in-game up close and at a distance. The end goal is basically to thread the needle between looking good up close and being cheap to display at a short range.

That’s it for this week’s update. Many thanks to all of our Backers, old or new, for your continued interest and enthusiasm. We’ll continue to put forth maximum effort to deliver a game unlike any other!

Before we go, a couple of quick messages that Mark talked about in today’s stream. First, of course, is the tragedy that unfolded in Christchurch, NZ., yesterday. We all lose when things like that happen, whether at a mosque, synagogue, church, or even a newspaper. As Mark said today, we as humans just have to do better. Second, and far less important, is what Andrew and Mark talked about regarding a 32-bit client, also mentioned at the beginning of this update! The quick summary is this – if you are running a 32-bit client, you need to update your Operating System to a 64-bit client if you want to be able to play Camelot Unchained in a month. It doesn’t matter if it’s Windows 7, 8, or 10, but if you are running a 32-bit client, it’s time to update your Operating System (most likely case) or your PC (least likely case). We’ve been talking about this and the importance of us running a 64-bit client for months, so please, update your system before April 15th!