Hey, an early End of Month livestream for us, who knew? Given the fact that I missed the last one, I wanted to make sure to get one out this week and with the help of the team, we have done so. Obviously we still have a week to go with our work so consider the Top Tenish below as a WIP. 🙂 I also did a 2 1/2 hour livestream which can be found here – https://www.twitch.tv/videos/1095907571 There were plenty of great questions asked by Backers/visitors, so there is a lot of information there as well.

The environment team is continuing its hard work bring the world of CU to life: literally! The next biome entering the mix is the Coastal Lowlands, full of towering rock cliffs, monstrous coral shelves, and a bit of the ocean floor right on the shoreline. Check out the progress shots below to find your sea legs ahead of next week’s first pass release: 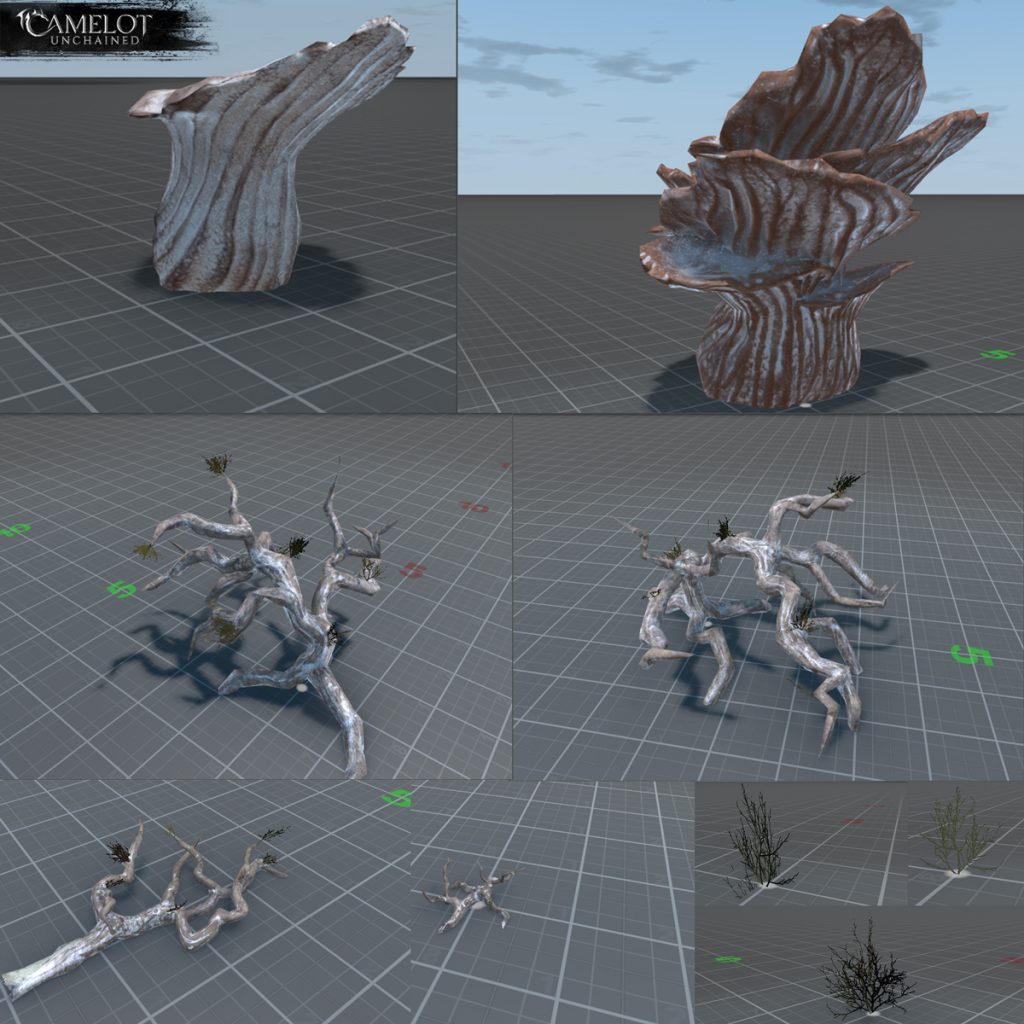 And to help you find this zone, plus all the biome zones already open to Backers, Sierra made some new signs for use on each realm’s home island. We’ll be phasing these in over the next few weeks, starting with the Arthurian: 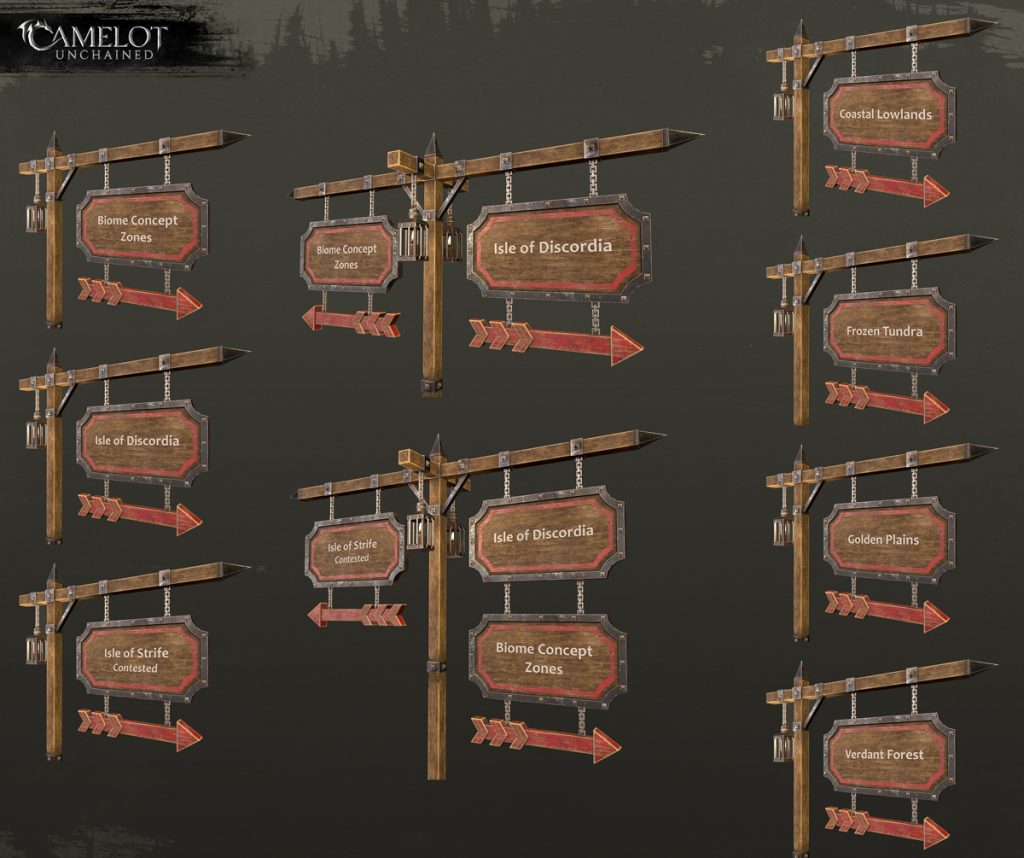 Inclement weather in these zones is on its way to an upgrade as well. The color of the raindrops themselves, and the way rainy day fog blends with the surrounding environment, have both been improved for all times of day.

Meanwhile in the land of CU races, the male Hamadryad is taking shape, as we narrow their design based on the solidified female concept.

Last but not least, Scott’s been leading the animation charge as part of design’s broader combat rework. Below you can see the first tests to bring dynamic combat animations into CU, starting with the greatsword:

And finally, the sword and shield, all of which will be tested and tweaked as we give our class ability system a bit more love.

Not too bad for a three-week month right? And with the most important item being the 1st (though I quite like the 19th as well), that alone would have made a great update for us. I talk about #1 a lot in the video so if you want the tl;dr, watch the first few minutes of the Top Tenish and you’ll be fully up to speed. And again, the Backers/visitors to the livestream asked lots of great questions.

Have a great weekend everybody! We’ll be releasing the newsletter next week and there’s lots of additional information to be found there as usual. Please stay safe and uninfected during these difficult times. And as always, we thank you for your patience and support.