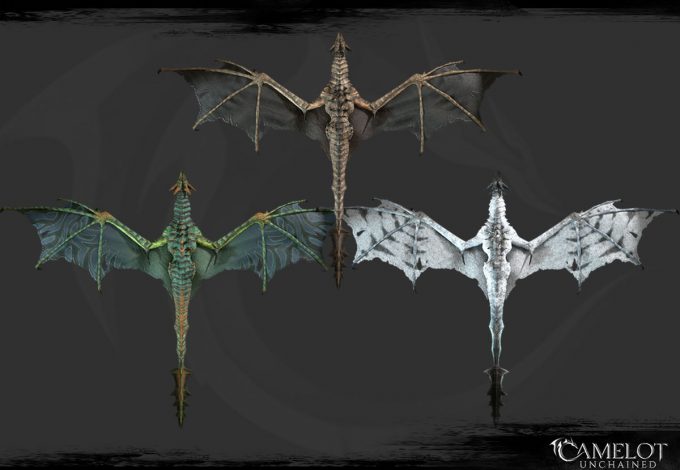 While May was called a “merry month” in the stage play/film Camelot, it certainly wasn’t a particularly merry month for the world. For CSE, it was a month of responding to feedback, questions, balancing and bug hunting – lots and lots of bug hunting. As you read through the items on our Top Tenish list, you’ll see a lot of items that are geared to both fixing bugs in Camelot Unchained but also to working on items that we need prior to launch. Why are we working on both of those things now you might wonder? It’s because we know that the more we leave undone for the future, the harder it becomes to launch a stable and mostly bug-free game on that day. And, by taking care os ome of the “big ticket items” now, we also lessen the chances of finding big problems with the system as we continue move forward. Now, it wasn’t all good news as we still haven’t gotten the FPS back to where we want it to be, but that will happen in the coming weeks as item #2 below details. Better? Yep. Ready for large-scale battle with big buildings surrounded by a lush forest? No, but we are getting quite close. And, with the focus on bugs, the game’s build is quite stable and we draw ever closer to the planned 24×3 server for the upcoming 90-day plan.

Like most of the US, our studios are still WFH. While this has made creating the game harder, we have continued to work towards delivering a great game with Camelot Unchained. Being out of the office means that some things can’t easier be done and a couple of them can’t be done at all (but those have nothing to do with the game’s development), Sadly, Virginia continues to be quite active Covid-19 wise and our bit of heaven, the DMV (D.C., Maryland, and Virginia) is a hot-spot, especially Northern Virginia, but hopefully we’ll be able to start getting back in the office during the summer.

Behold! We have Art and Stuff!

Lord Reynolds of the Arthurians and Lord Tiernan of the Tuatha Dé Danann show off their martial prowess with their armor and weapons on display. 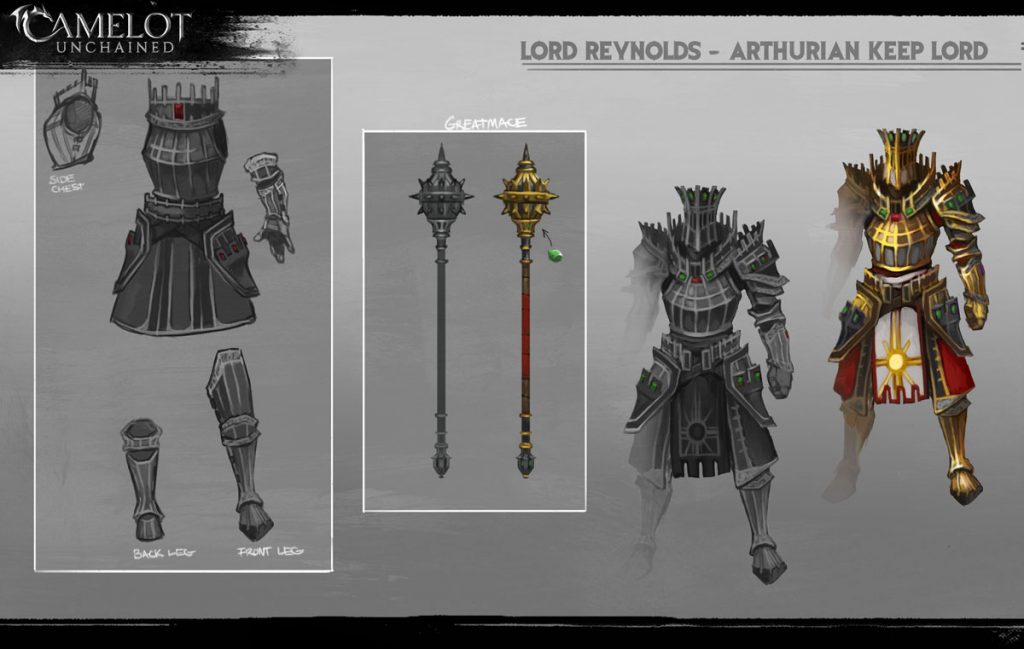 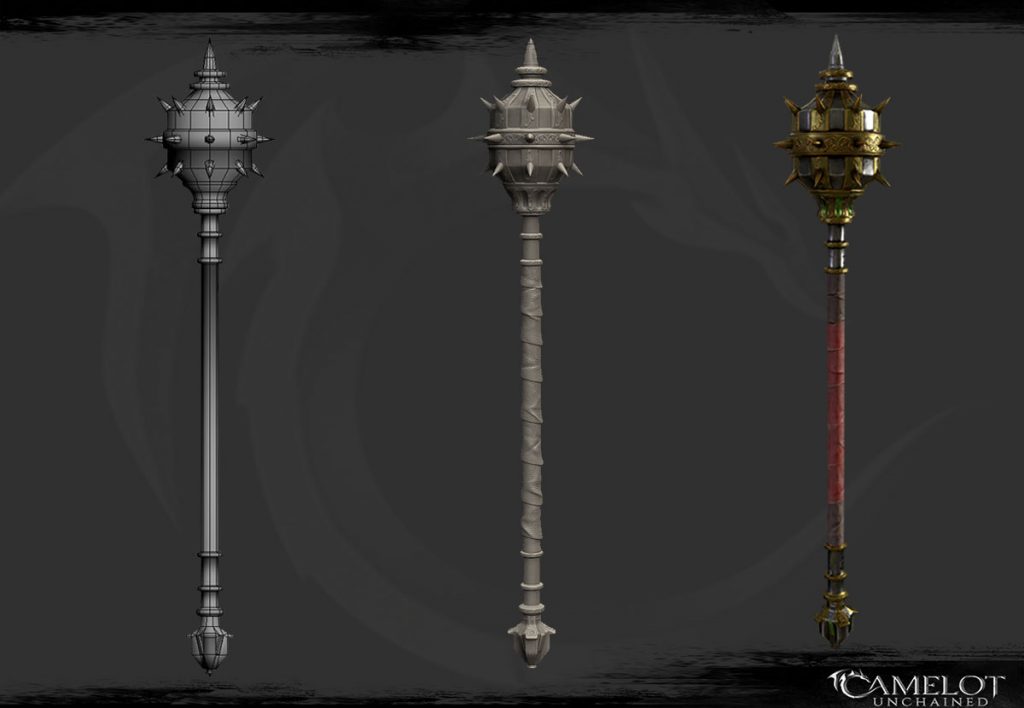 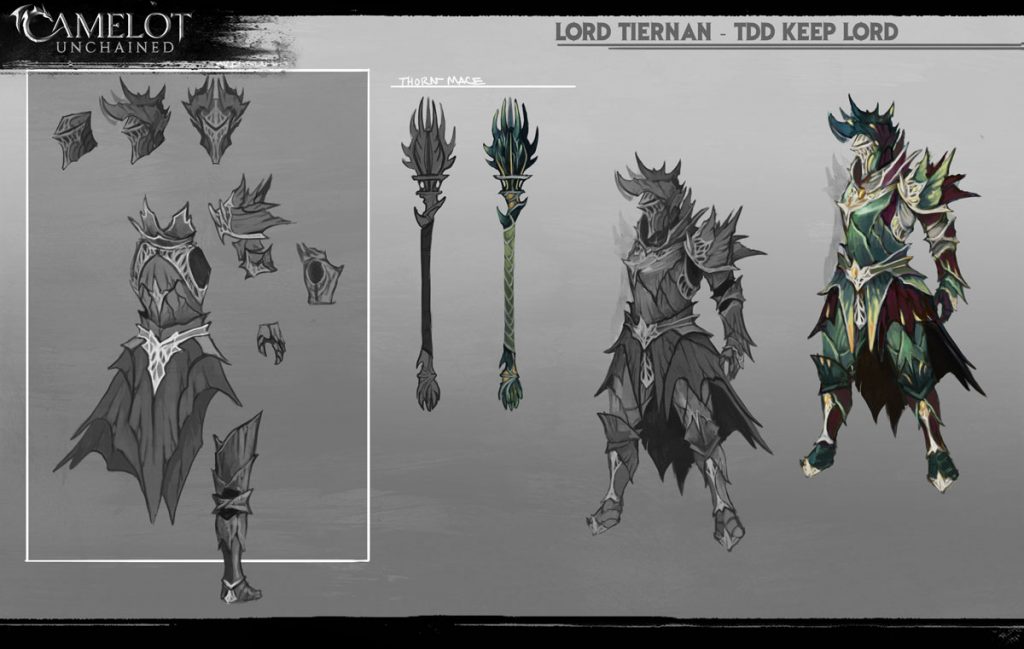 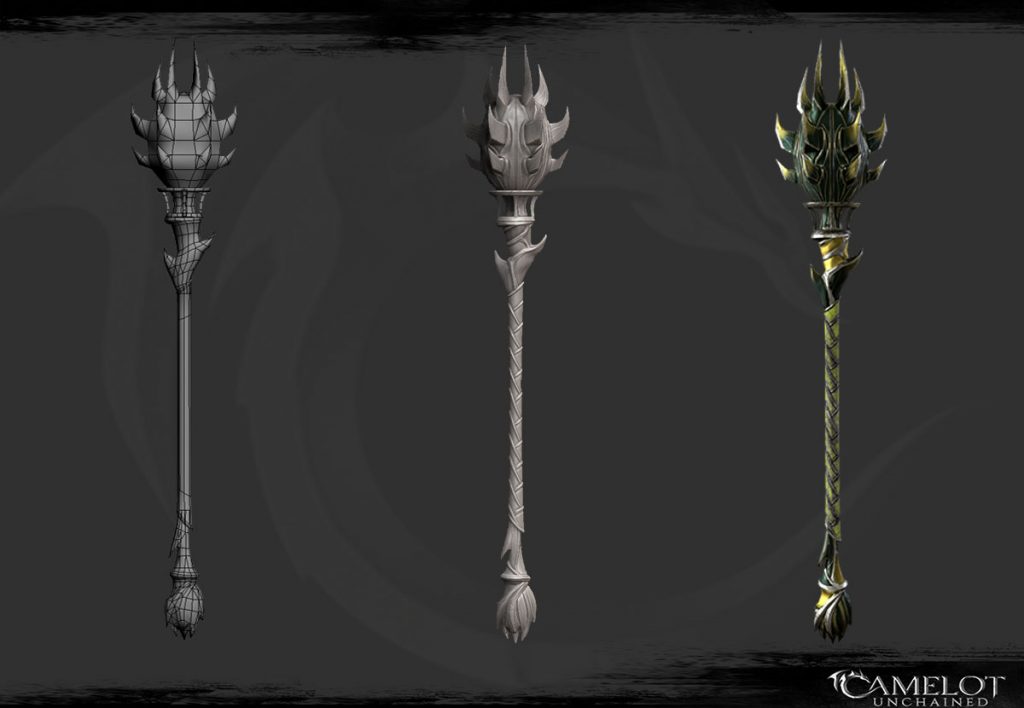 So now that you’ve seen some Lords of the Battlefield, they’re not the only thing that has the realm divided. It continues in the sky as our wyverns shake out their scales and show their true colors. 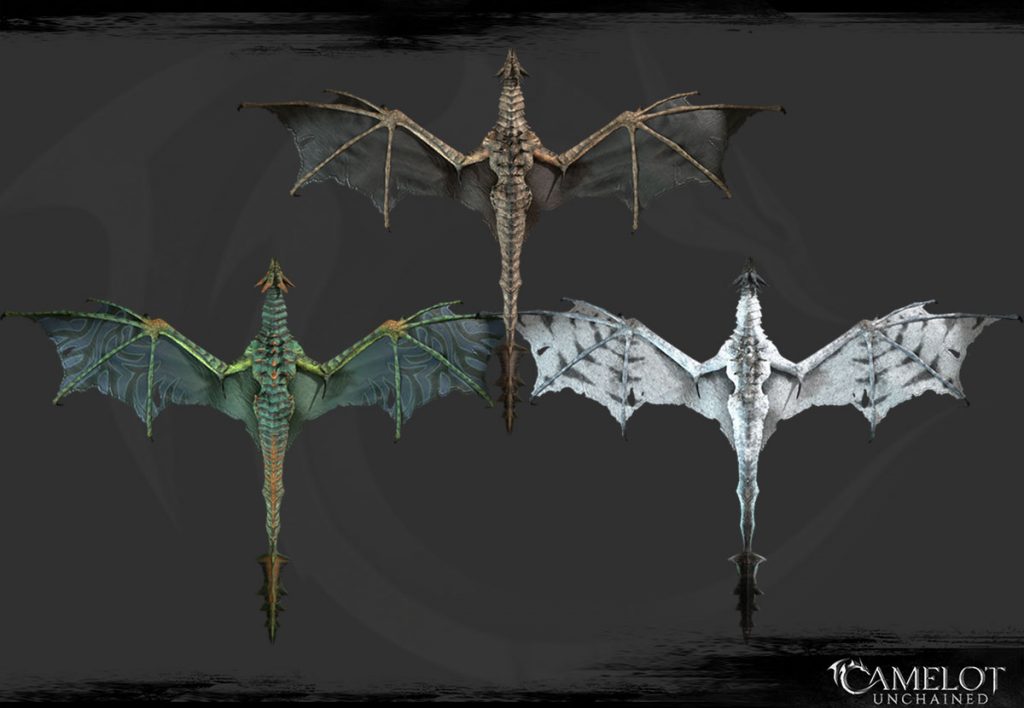 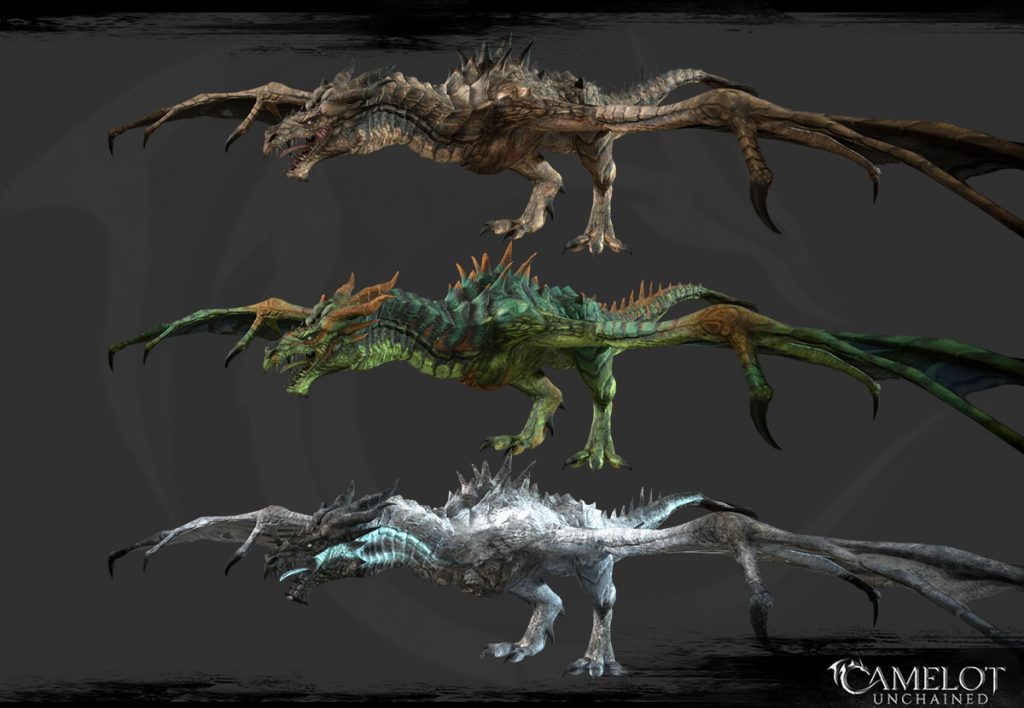 As we had shown last month the concepts and development of the crafters gear was well underway, so here is a snapshot of the finished Tuatha Dé Danann Wood Barricades as well as the Arthurian. More to come as the battlefield develops!

We continue to advance the palette when it comes to the UI boards and how you will experience the game. Below we have even more concept buildup going on for how your overall visual window could appear in-game. We’re testing some modern throwbacks, minimal options and the painterly approach! 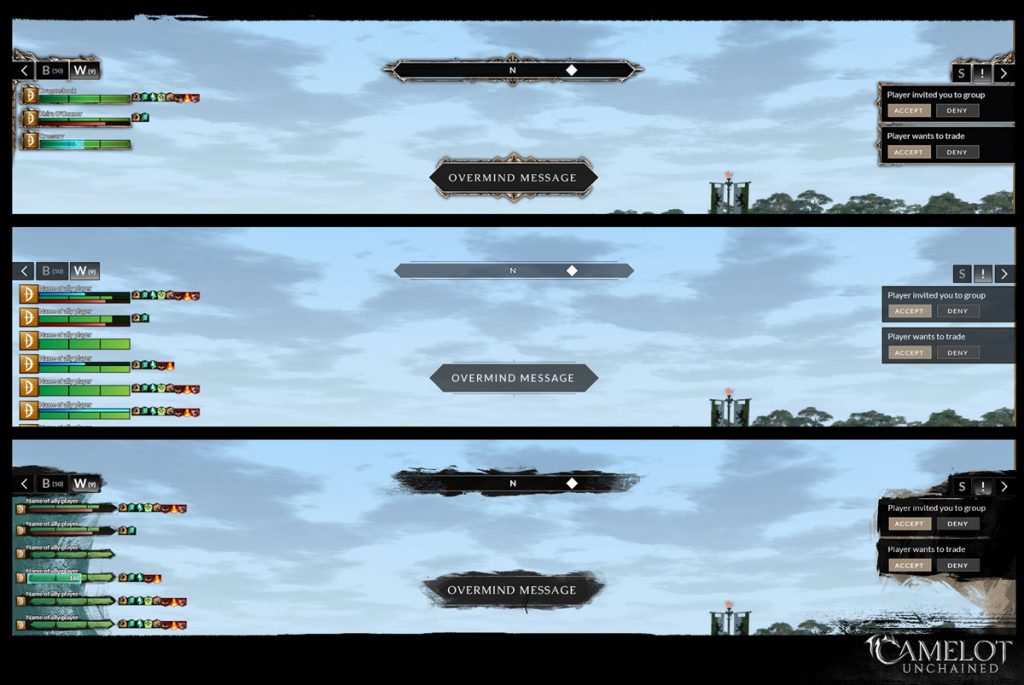 Much like Lord Reynolds our heroes are no different when it comes to the dapper glory of the cloak. The Animation Team has worked on more flow and gentle glides when it comes to the cloak animations and many other subtle character features as listed above. So now you can dress to impress no matter what realm you’re on.

And with that I wish you all a safe and hopefully still fun weekend. As always, we thank you for your support and patience and please be kind to each other during this difficult and very trying times.