Where do I begin? Let’s start with a Backer base that has patiently waited for us to deliver on a game. Let’s then extend the wait due to the whole re-abilitation process, and test their patience even more. Now, how do we thank our Backers for their patience? One way would be surprising them with some unexpected thing(s). In this case, the creation of the lore of The Dragon Circle™ and the concepts of Dragon Challenges™ and Saturday Night Sieges™. What is this all about? It’s about fun, it’s about helping us to make a better game, and it’s about time!

If you go to our Beta 1 doc (http://camelotunchained.com/v3/beta-1/#) and look at chapters 16-18, you’ll see our plans for making the rest of Alpha and then Beta 1 a much more fun and rewarding activity than it has been to date. It’s not enough to say that this is important to us: this is crucial to us and our success. So please, head over there, read the chapters, and if you choose, let us know what you think on our Forums. We also have a new User Story card that has been added to the User Stories page. Search for the tag “Dragon.”

If you missed today’s livestream, where we covered lots of our Backers’ questions about all this, you can catch that HERE.

Without further ado, here’s the Top Tenish list of highlighted accomplishments from the past week. A pretty good list!

One thing I didn’t mention above was the East and West coast plague going around, which, while common this time of year, took out several employees this week. And yet we still managed to get a lot of work done, even with three Deathmatch playtests!

Let’s move into art from this week! Starting off, Jon has been working on some basic clothing, representing the latest in gentlemen’s fashion from the world of Camelot Unchained. On this iteration, we’re spending more time improving the low poly geometry to support a stronger silhouette, based off of lessons learned with previous models. 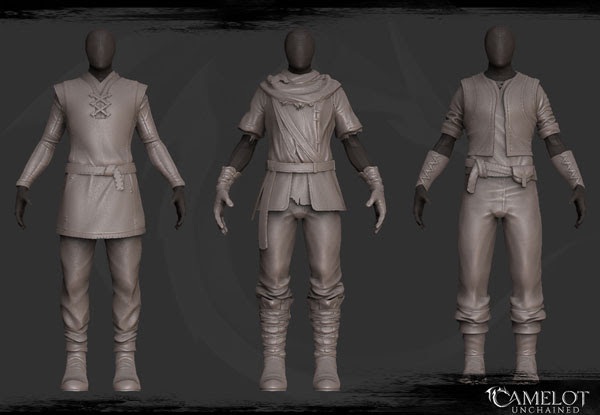 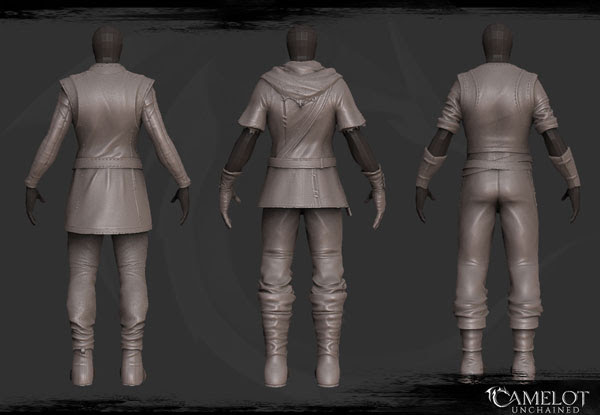 Last week we previewed a new, unique animation from Sandra for the longbow, with a static image. As Tyler explains it, the first use of this animation is to try some more complex things with our animation tech and how it syncs up with VFX and SFX. For this specific animation, we have a shake in the hold loop for a more powerful attack, which will be followed by a VFX “burst” at the point of release, followed by a little bit of kickback that will spawn some dust on the ground. Tyler is fairly excited to try all this out! 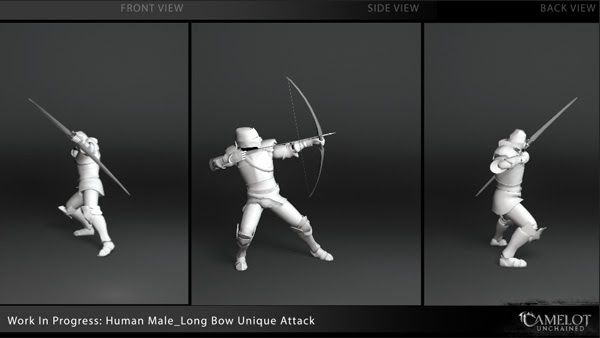 Dionne continues to work on new environment assets. Below, we have a break-out of one of the new muddy ground terrain materials. The rocks and boulders are all pulled from real-world scans, which means they get a fairly heavy optimization pass in house. When you want 1000 players running around in your game, creating smart art is key! 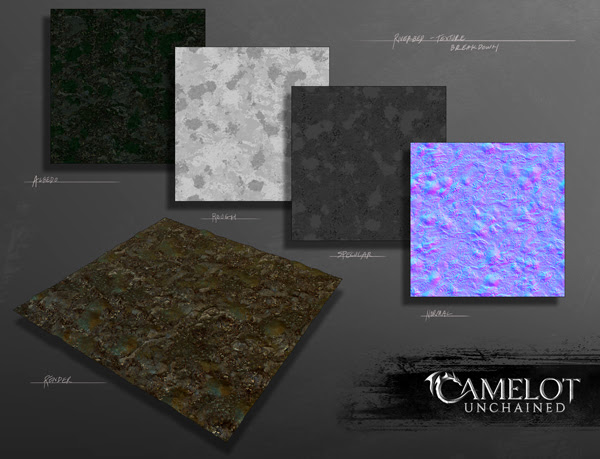 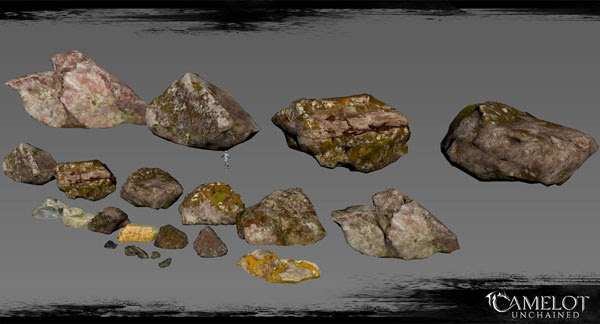 A special thanks to DrunknGod, one of our very generous Backers, who sent us this awesome package of Death Wish and Valhalla swag plus coffee! 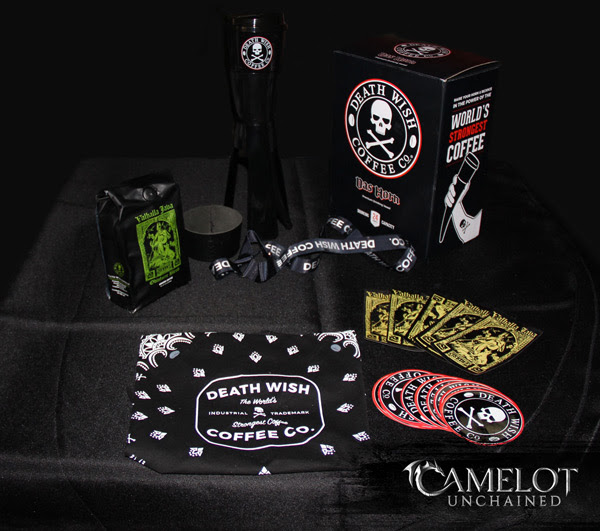 Early this week, both James and Michelle were tasked to come up with a logo not only for the Dragon Circle, but also Saturday Night Sieges. As anyone who has had to make a logo knows, it can be quite hard to nail the logo quickly, not to mention the style. Both artists went wide, presenting several pages of different ideas early in the week. It’s great having such strong artists on the team, as everyone in the review immediately pointed to the same two strong logos right off the bat! Phew! The two images below are still works-in-progress, and we expect to refine them as the Dragon Circle grows. First, the SaturdayNight Sieges logo! And the Dragon Circle logo! 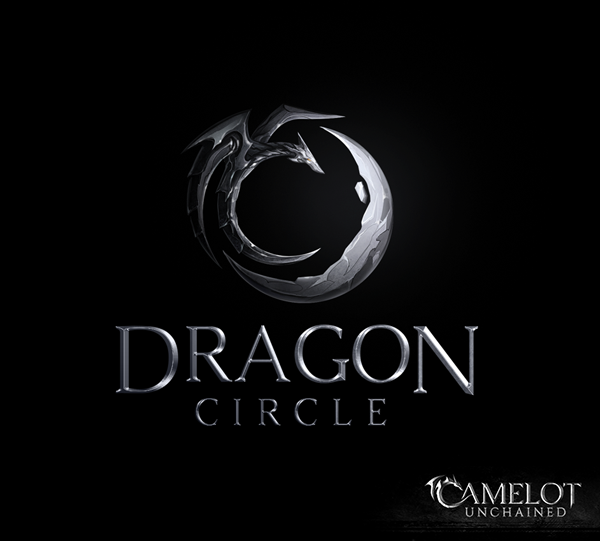 As I’ve said from the beginning of our Kickstarter and going forward, we at City State Entertainment will always treat our Backers, and our future players, the way we want to be treated ourselves. The creation of the Dragon Circle, Dragon Challenges, and the Saturday Night Sieges are one way we try to set a standard of how to treat you folks. Similarly, the rewards system will be crafted in a way that shows the gratitude we have for your efforts in helping us, but not in a way that gives out any in-game advantage at all. We have never, and will never, forget who put us in the position that we are today. Without your support, we wouldn’t be here. With that in mind, I’m pleased to welcome you to The Dragon Circle, and as always, we thank you for your support and patience.