The days get shorter, the light brighter!

It has been another good week here in beautiful downtown Fairfax, Virginia. As the season has turned to fall, the weather has cooled, and it is so much more pleasant to be outside. For those of us who have been focused on inside work, it’s still nice to go out for lunch and enjoy the nice days.

In terms of other fun stuff, we had the return of the Bring Out Your Devs™ chat/Q&A. Here’s our new logo from its long awaited return. 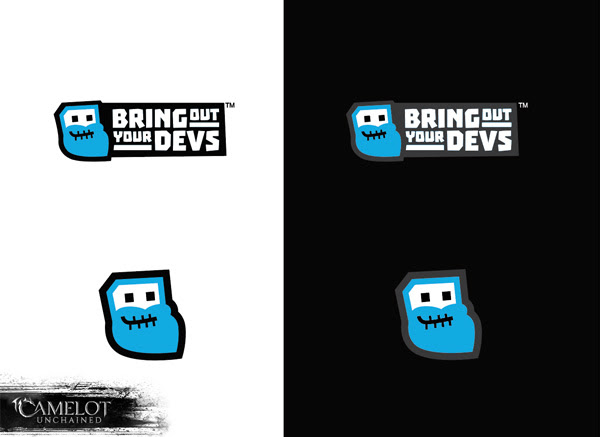 And here’s the link to where four of the Musketeers (Ben, Marc, Tim and Rob) talk about the continued progress with re-abilatation and the Stupidly Flexible™ ability system we are building.

Continuing on the theme of art, let us get into some concept art. Here’s a look at concept art for one of the focus items from the game, the Arthurian horns. 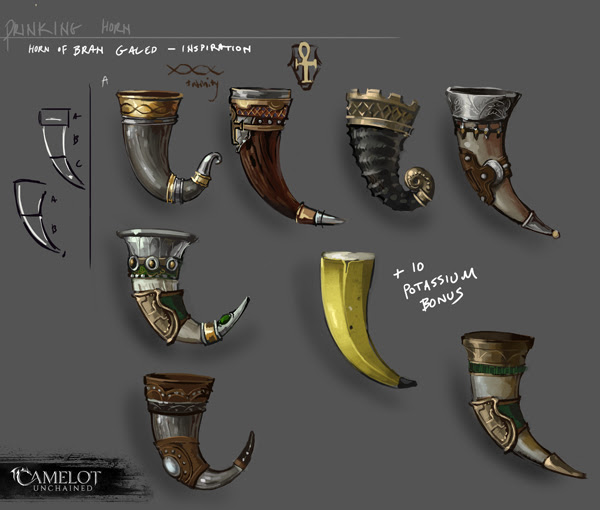 For some other focus items, we now move to the Vikings and the Stonehealers. 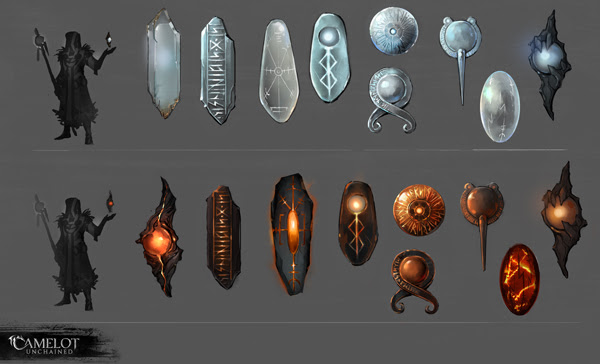 Moving from concept art, it’s time to check out some maces for the game. These, unlike the focus items, are not concept art, at least not any longer, thanks to the extra special effort of Jon and Dionne this past weekend. 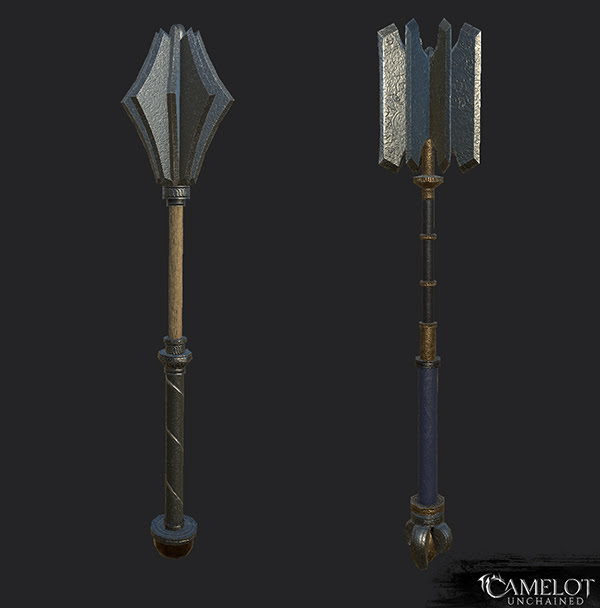 Blunt force trauma in a game is one thing, but pointy weapons are pretty useful and cool too, as these Arthurian spears show. 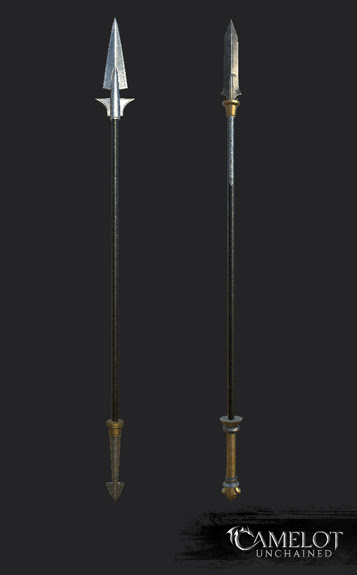 Not to be outdone, here are some spears from the Tuatha Dé Danann. 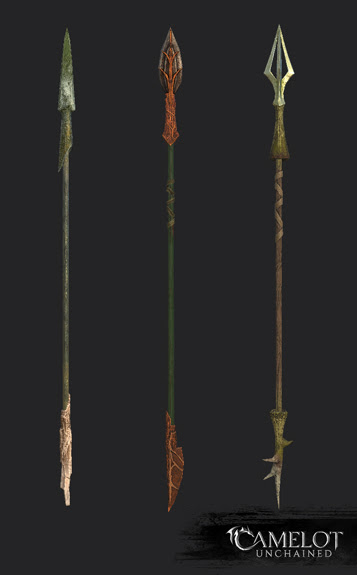 And let’s close this round of spears with the Vikings. 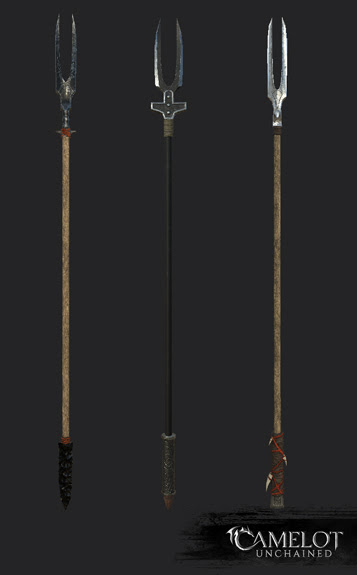 And last of the artistic offerings in this update, but very much not least, a close up shot of the really cool gingerbread heart that the awesome Backer, German translator, and all-around swell guy Apollon sent us. We’re going to hang it up, and thank you very much for all the gifts, from the whole studio! 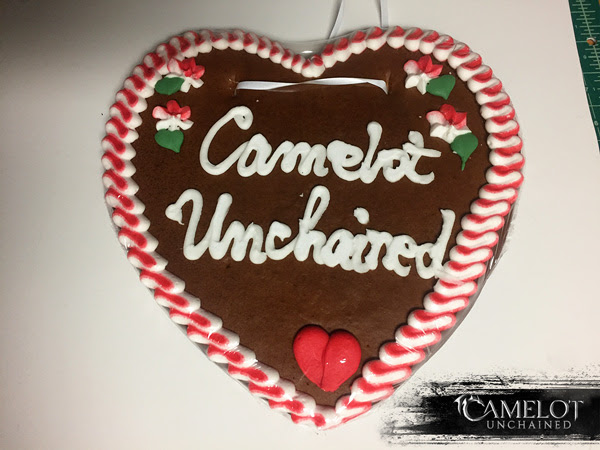 As to this weekend’s testing, we will be running simultaneous tests on both Hatchery (IT and Alpha)and Wyrmling Prep (IT, Alpha, Beta 1). Please see the notes below for additional information regarding these tests.

Things we need eyes on:

And next week, tentatively set for Tuesday, October 18th at 6PM Eastern Time, Andrew and friends will be discussing our minimum spec for Camelot Unchained. And that wraps it up for this week’s update. I’ll be going on break late next week, so I will most likely not be available for the end of week wrap-ups till I return.

Have a great weekend everybody. I’ll CU in the game!