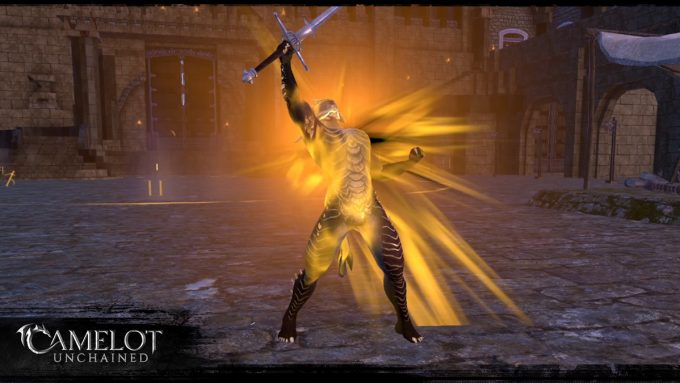 Hey everybody! Sorry that this update came in July, not June – best laid plans and all that. I know, you’ve heard that before, but there are a number of reasons for the delay as well as my absence from the livestreams. Hopefully (fingers, toes, and eyes crossed) I can talk about them for the next update or even before that! Other than that, things are going well: job reqs being added, interviews and hiring ongoing, and yours truly is spending way too much time talking to people about things that are not game design. So, I do apologize for my absence, and I will certainly explain it in excruciating detail the next time I do a livestream. But, as you can see from my design item, I’ve actually found the time and the head space to do some fun design work (finally).

To start off, we’ve got an update on the Arboreal Siphon Harvesting icon – moving it from the blue normally used for mining to the yellow used for wood harvesting.

Next are some harvesting tool concepts from David, including sickles, butcher knives… 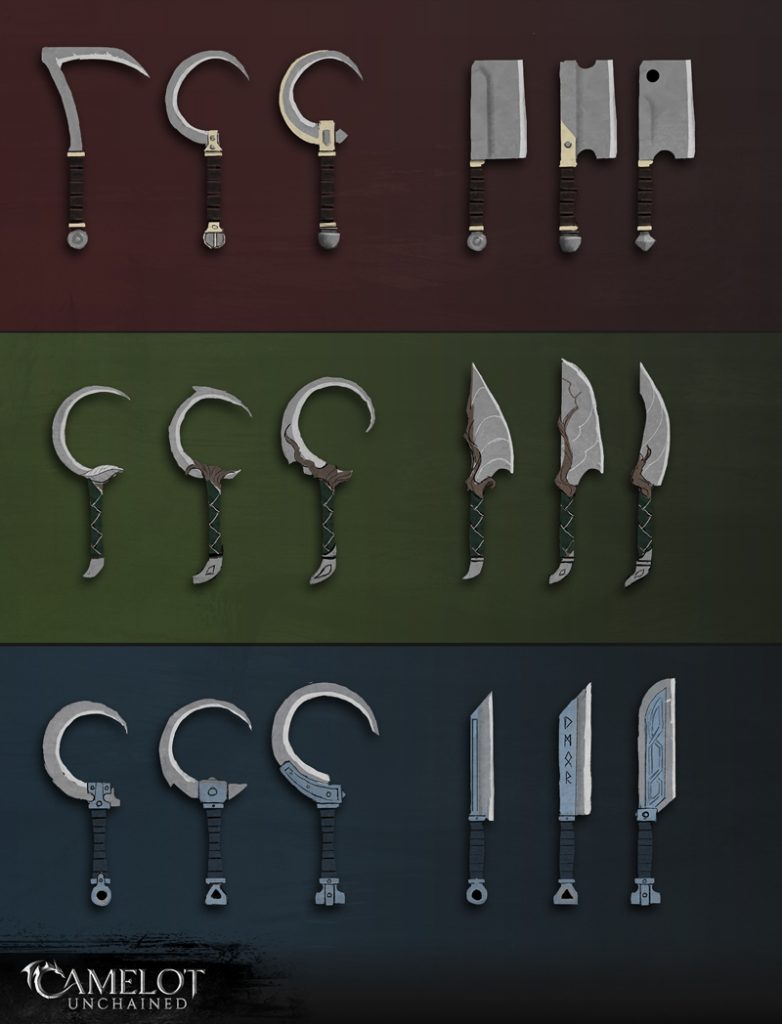 …sledgehammers, pickaxes, and woodaxes. I guess you could say we’re really “tooling up” for harvesting! 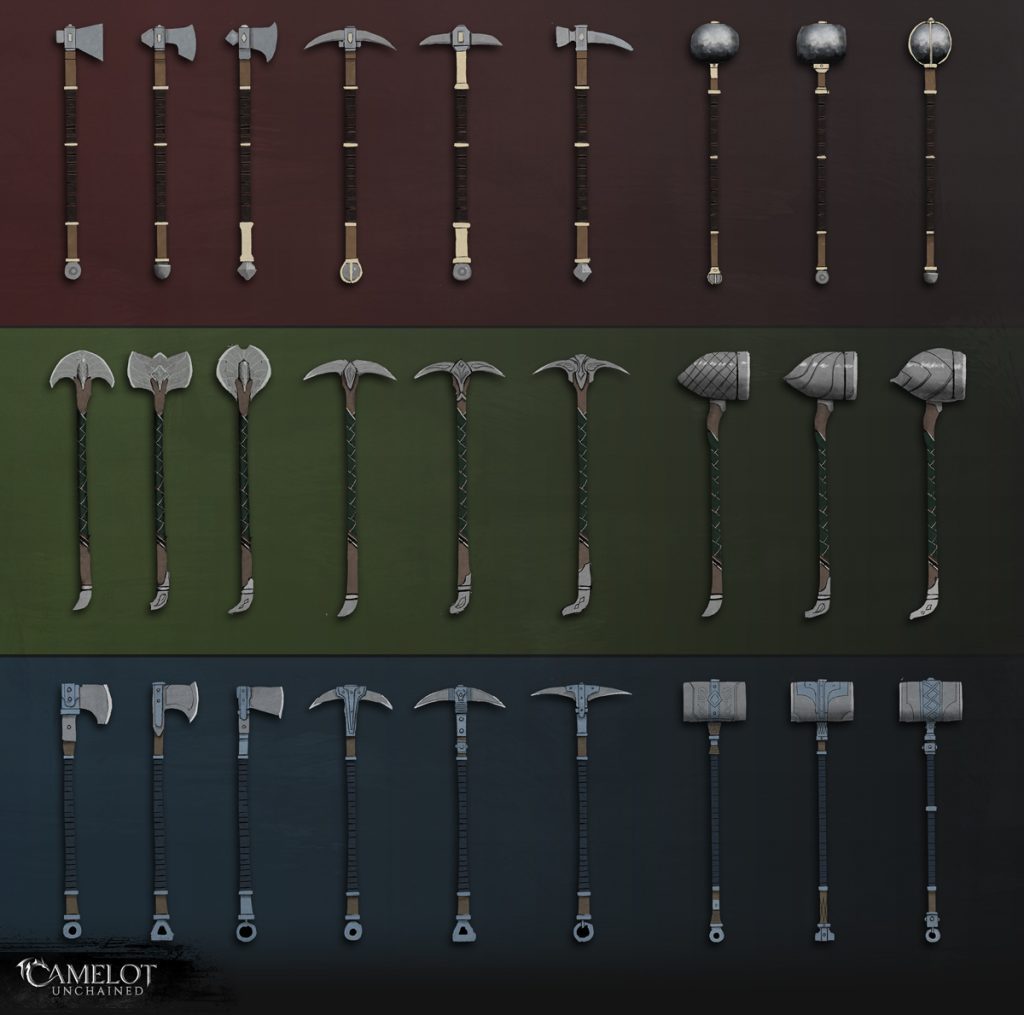 A quick look at some of the areas Jon and Michelle have been fixing. 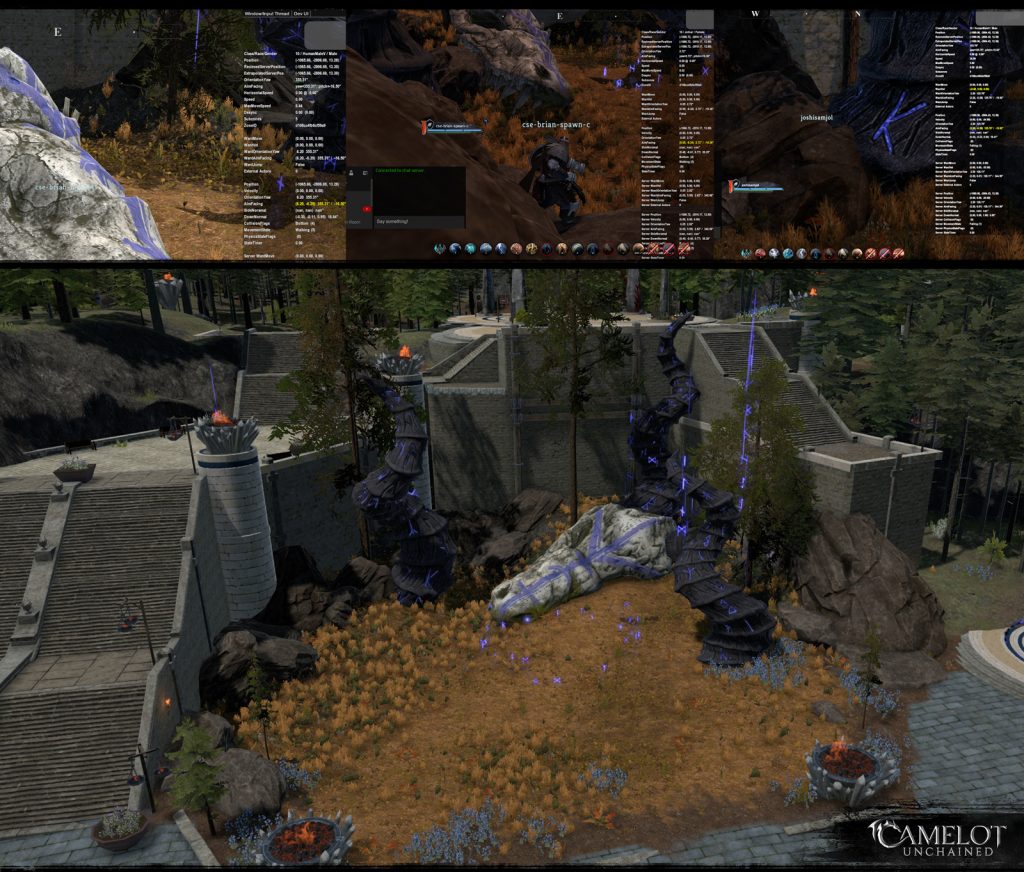 Sturm the St’rm shows off their Heavy Fighter moves!

And an animation for harvesting with a sledgehammer!

Well, I think we put the hammer down didn’t we? <MJ ducks and covers> <quack>
Sorry, couldn’t resist. 🙂

As per above, I do apologize for my absence in the livestreams lately, but fortunately, I’m still here and working on a number of things for both CU and CSE. And even more fortunately, nobody is relying on me to write code, make art, etc. CSE has a great team doing all that and while I’m being pulled in other directions, it’s all CSE-related (no health issues or stuff like that), so it’s all for the good.

Thanks as always to everyone for your continued support of Camelot Unchained and patience with CSE. 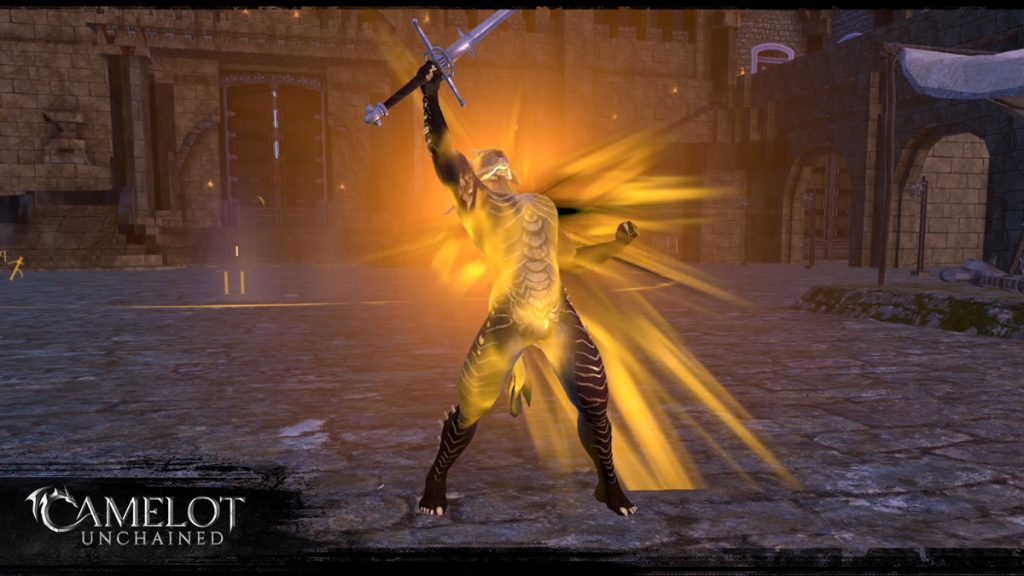