Progress continues at a solid pace on our march to the start of Beta 1 on July 4th. We’re still on track as we continue to churn out features, assets, and fixes! Ben, Max, and I (Tyler) enjoyed our usual weekly wrap-up this afternoon. If you missed that livestream, you can catch it HERE. There were a lot of great questions during our Q&A section of the stream, especially because Ben was there to field all sorts of interesting design questions.

We spent much of this week testing fixes on our current testing build, leading up to another weekend of testing! We said we had our Beta 1 level Backers in mind, and we’ve been wanting to get you into a more stable test for a while! So, this weekend, we have an opportunity to find out how stable this build actually is!

We will send out a separate test email later with more details.

For the rest of the week’s highlights, including art from our talented team, read on!

A very solid week from our hard-working team. Remember, these are just the highlights! Let’s move on to some of the art-in-progress this week, starting off with an image of the Mjölnir’s Crushing Annihilation ability. 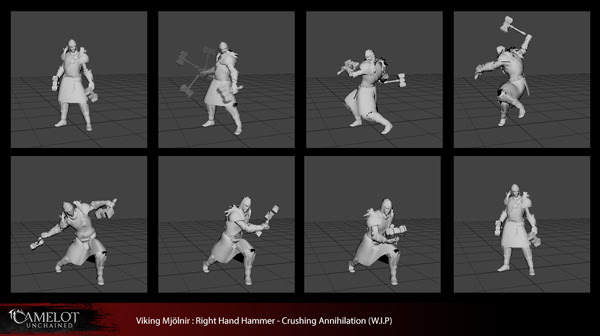 Next, we have the previously-mentioned paintover of the scenario 2 map from Michelle. I (Tyler) have particularly enjoyed this opportunity to work with Michelle on ways to improve the look of the map. We both have a similar aesthetic sense, so our conversations are typically short, as we quickly come to agreement on what we want to address. 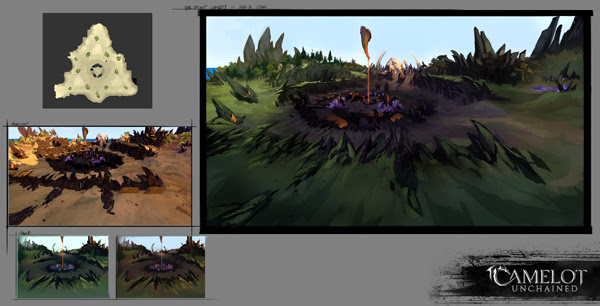 I made sure to plan out how the terrain mods were assigned around the map, so we could easily make sweeping changes later. (It’s rare that we artists are happy with the first pass 🙂 ) In this case, we want to bring the life, or as we keep saying, “the green” back to the map, and bring that in closer to the center. This image also hints at some of the composition changes we want to make to improve the view from certain angles. More to come!

Next, we have more trait icons from our recently knighted master of icons, James.

Earlier this week, I mentioned to Andrew how I wanted to get to some new environment assets, and he reminded me that he took a bunch of photos on his trip to Ireland. Of particular interest to me was the bog he visited. The following two images illustrate two of the ground materials we’ll need. Next week, Dionne will start on the various grass assets, while I continue working on terrain and the editor setup. Once we get more tech in place to better display and place inland water, areas such as this will really sing! 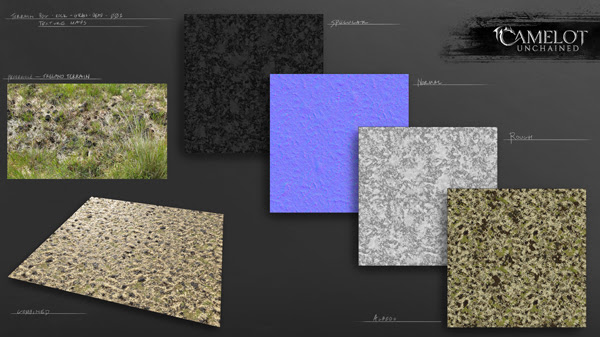 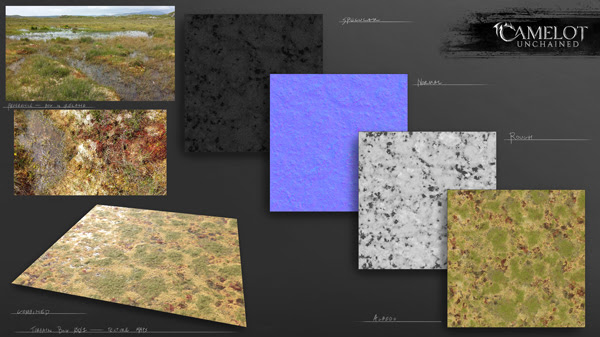 In her livestream this week, Michelle continued working on ideas for the special ability VFX. The image below represents the Winter’s Shadow chillfrost bombardment ability.

Last but not least, we have Jon’s finished materials on his Depths-inspired TDD statue. 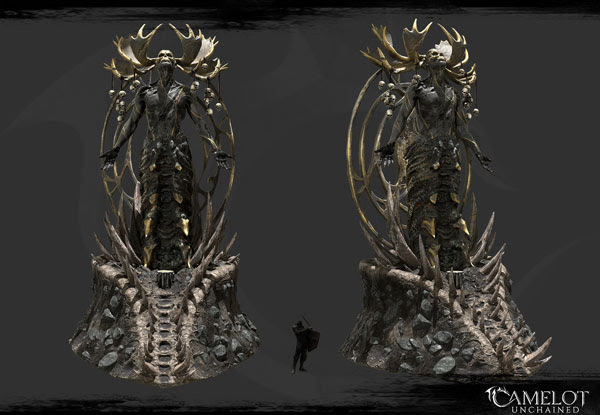 I will have to find a place to put this in one of the Beta 1 maps. It would be a fun thing to come across, hidden somewhere in the world.

This last, slightly terrifying image, brings us to the end of another good, productive week here at CSE. We’re all working hard toward a solid start to Beta 1 on July 4th, and we can’t wait to see you all there! Enjoy the weekend, and we’ll CU next week!