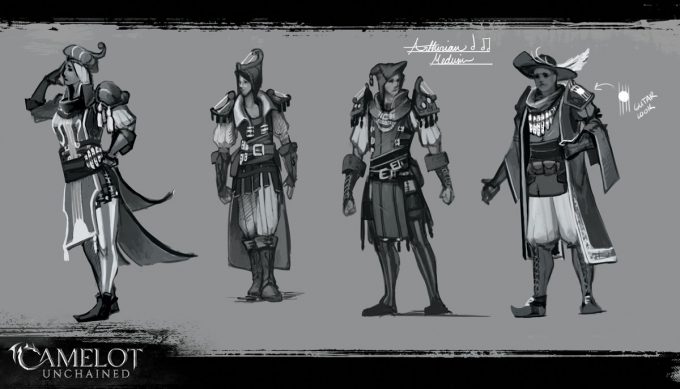 Things are moving along at a good pace this week as we continue to focus on the new support classes. Last weekend, we completed some initial testing of the Minstrel class, which really gave the Backers who helped us test some insight into how games are made (ie: placeholder FX, no animations yet, etc.). We are always thankful to our Backers who can support this process by helping us test and report back bugs for us to follow up on.

This week, as can be seen in the Top Tenish below, was primarily focused on the Dark Fool’s abilities, giving us a whole new batch of abilities to audit! That doesn’t even account for the Skald, which we also began working on! Like I usually say, we are ever-busy, working hard to make the great game we all want and can all enjoy!

We are not planning on a weekend test, as the Dark Fool is not quite ready for testing. However, this will be our focus next week, so stay tuned to the tentative testing schedule.

For those of you who missed today’s Live Stream, you can check it out HERE. If you’re particularly interested in the new support classes, Ben had lots of design questions during our Q&A.

Let’s jump over to this week’s highlights!

I’m excited about a couple of these items, as they are core needs for the game, like the chat server, and Mark’s work with Google. And of course, I can’t not be excited about the ongoing progress on the navmesh. As the NPCs get smarter, the game becomes more fun, especially when those guys work to chase you down, defend a point, etc!

For art  this week, we start off with the WIP (Work-In-Progress) animations for the Minstrel using his harpolyre. We’ll hook up sound effects that try to match the tempo going here. As with the introduction of any new class, we start off with rough animations and mostly placeholder FX. As we nail down the abilities and get feedback from Backers, these assets slowly get more refinement. 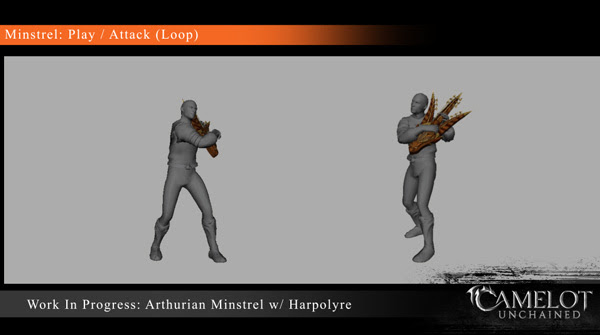 Next up, we have, as mentioned in today’s stream, new medium armor concepts inspired by the new support classes. Personally, I’m very excited to get some of these built, as the designs are really cool! The first image is for the TDD. 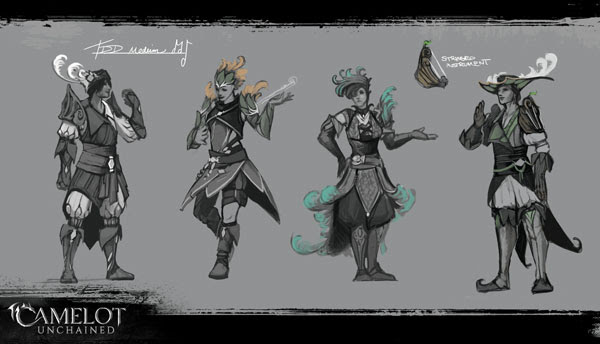 And these are for the Arthurians. 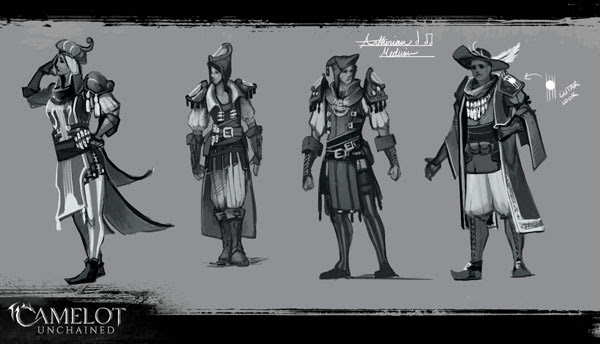 Next week, we’ll have some more armor concepts to show off, as well as a couple of models from these concepts. Lastly, we have some unrelated concepts for spears. 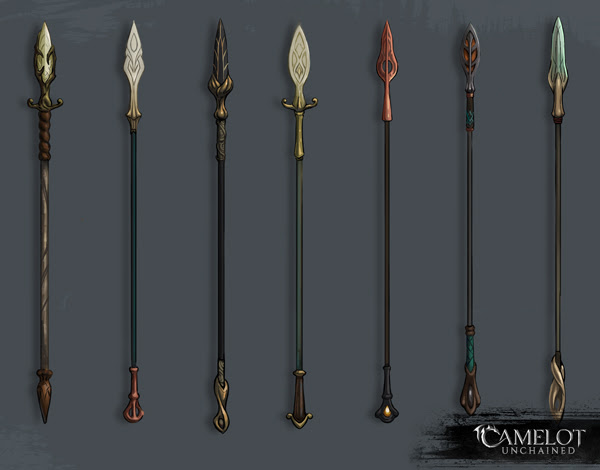 And that wraps up another productive week! As I said, please keep an eye on the testing schedule next week for more support class goodness!

Have a great weekend all and we will CU next week.