Not a huge update today, as it is an in-between update; nothing earth-shattering to talk about, but a good update anyway. We’ve made a lot of progress toward our Beta 1 launch. While this isn’t a User Story update, here are some of the highlights from the last few days:

On a personal note, while I’ve been happily working on our crafting system, I took a slight detour over the last few days to work on our siege system. For those of you who listened to my update on our Beta 1 progress this week, I gave a quick overview on my vision for the siege system, and took a lot of questions about it. As of right now, the key things for you to know are:

As I mentioned, I talked quite a bit about our siege system during the stream a couple days ago, so for more information, you can watch that here (https://www.youtube.com/watch?v=v3Mwo8rltiY).

There was a lot more that we talked about (and there’s more yet to be revealed), but it’s a good start. The best part of the livestream was that the Backers asked a lot of questions that centered around what they wanted to see in the game. And since almost all of them were already planned, it made me smile. It made me feel good to know that my instincts have been pretty good so far.

In terms of art for today’s update, here you go:

First up, some rad tattoos on our female Pict model, coming along nicely: 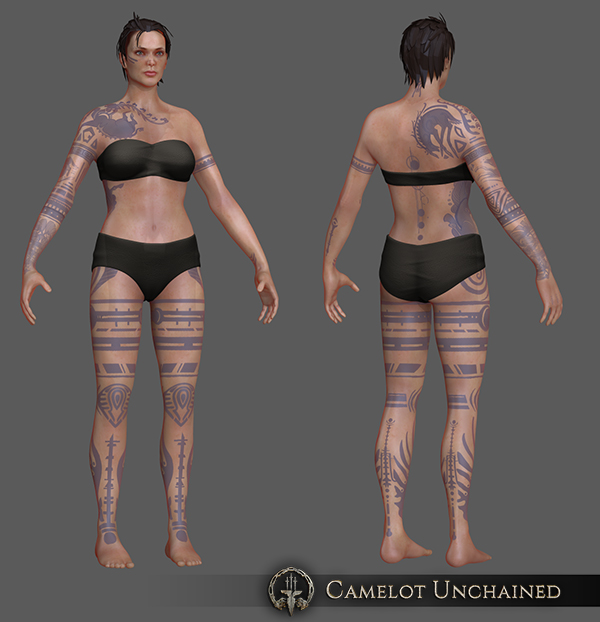 Next, check out these new C.U.B.E. materials, or “mats” that our artists are experimenting with. Shown here at three different times of day, to see how the various mats look with our PBR lighting system (note the glowy bits that show brighter as it gets darker!): 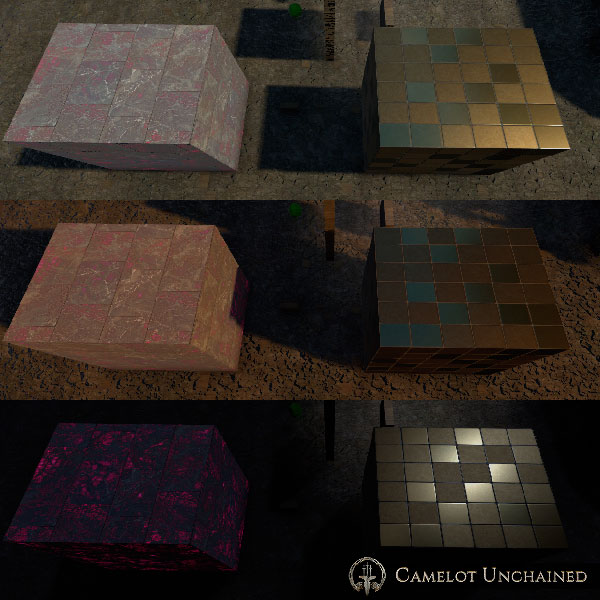 And now, a look at a Viking-influenced pine forest: 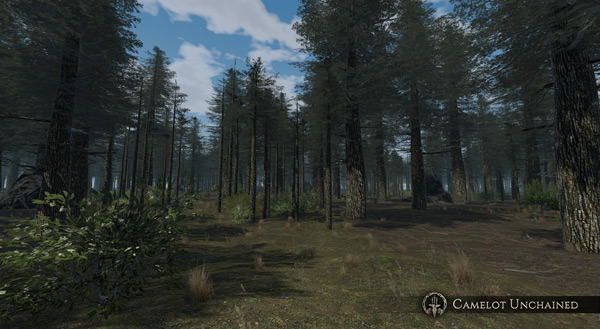 And finally, here’s another shot of a biome. This is a Viking-influenced grassy plain with updated materials, using our new lighting system: 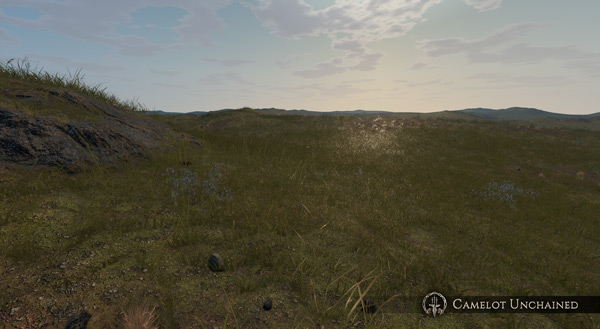 Very nice place for a battle, don’t you think?

We had another fun week of streaming, with more wonderful art from Michelle and Jon, another Story Challenge with me, Tyler’s awesome World Building session, the usual contests and fun stuff with Jen, and reading from Max. And of course, all appreciate the patience of our team as we stream, stream, and stream some more.

So, that wraps it up for today. Our IT folks are happily beating on things like broken abilities, crafting via ‘/’ and a placeholder Vox, and many more things. We are also happily moving ahead on other fronts, as per above.