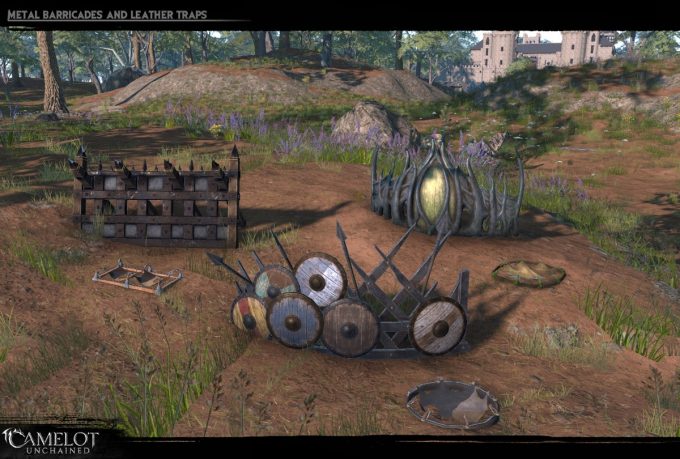 As we bid farewell to June, we depart it with new team members, lots of new stuff, and a brand new 90-day plan for Camelot Unchained. It’s been challenging for sure but as our testing has been showing, the game is evolving and growing every month. And speaking of things that grow, check out our Top Tenish list as well as the next 90-day plan for a large addition to the game. 🙂

The Next 90-Day Plan

As we did before, I’d like to share some of our goals for the next 90-day plan for Camelot Unchained. We did very well on the last plan, especially considering the circumstances and if we can do as well this time, we’ll have a game that all of our Backers can play and enjoy on 24×3 weekend servers. Let’s take a look at some of the items of the plan. First up, the two overarching goals of the plan and then, a list of the main items that we need to accomplish to meet those goals.

Now onward to some art action!

Your realm Regalia is on display as our Keep Lords have come to their completion. Starting with the Arthurian Lord Reynolds on the Left, followed by the Tuatha Dé Danann Lord Tiernan, then standing proudly is Viking Lord Skoglar, and last but not least the Center Keep Defender, The Abhorrent Lord. 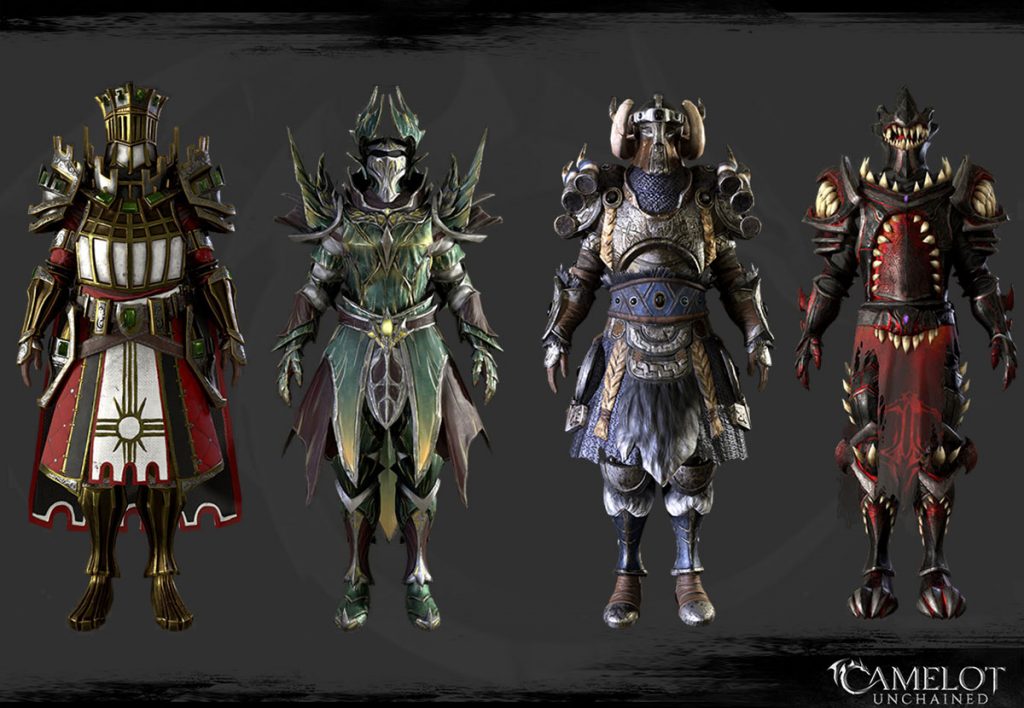 A Lord is no Lord without his vassals, so in comes the Tower Defenders. First up is the TDD Knight of their Realm with his full concepting, the Tuatha De Danann Hero 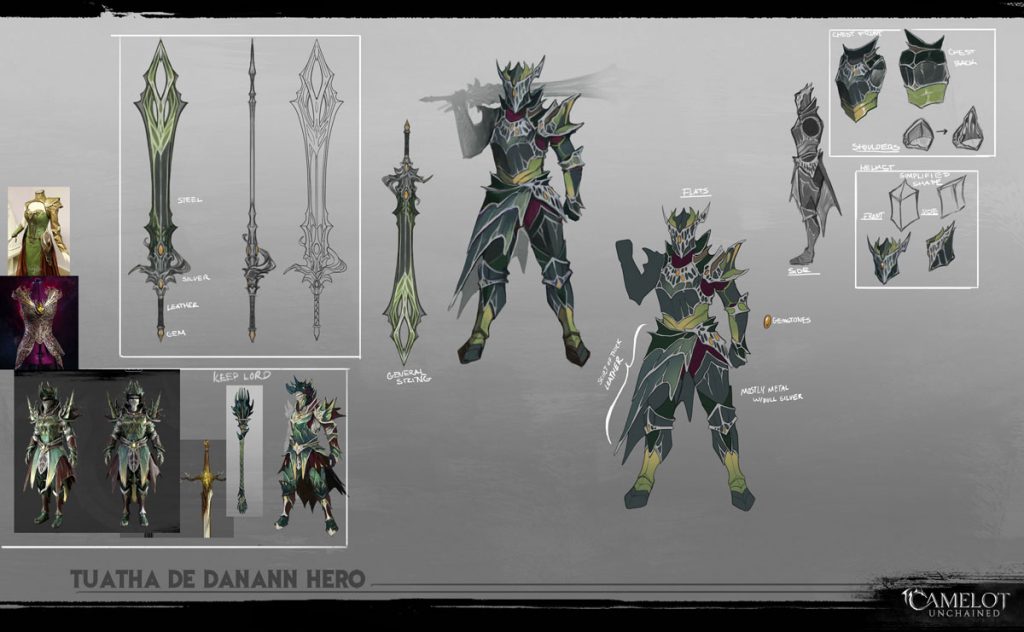 Viking Knights here are introduced as the Viking Veteran, along with their weapons that have already been modeled. 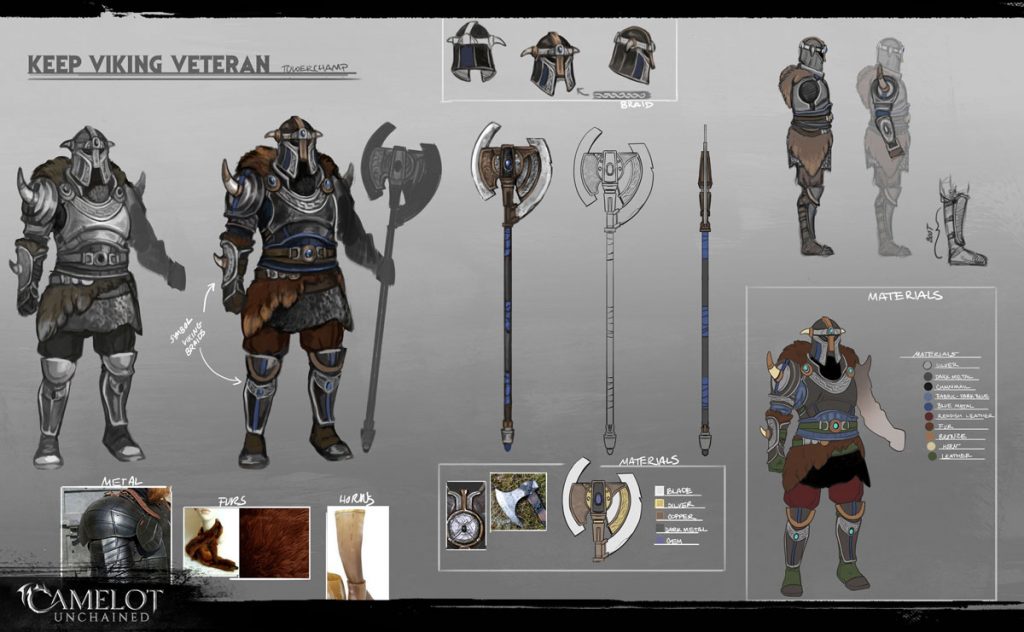 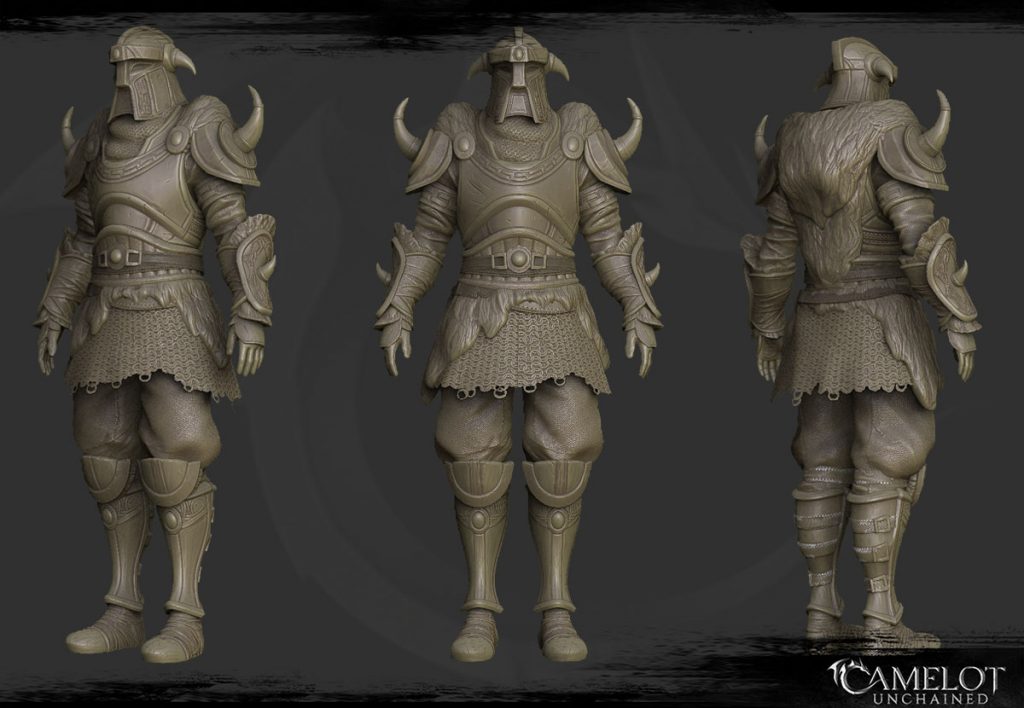 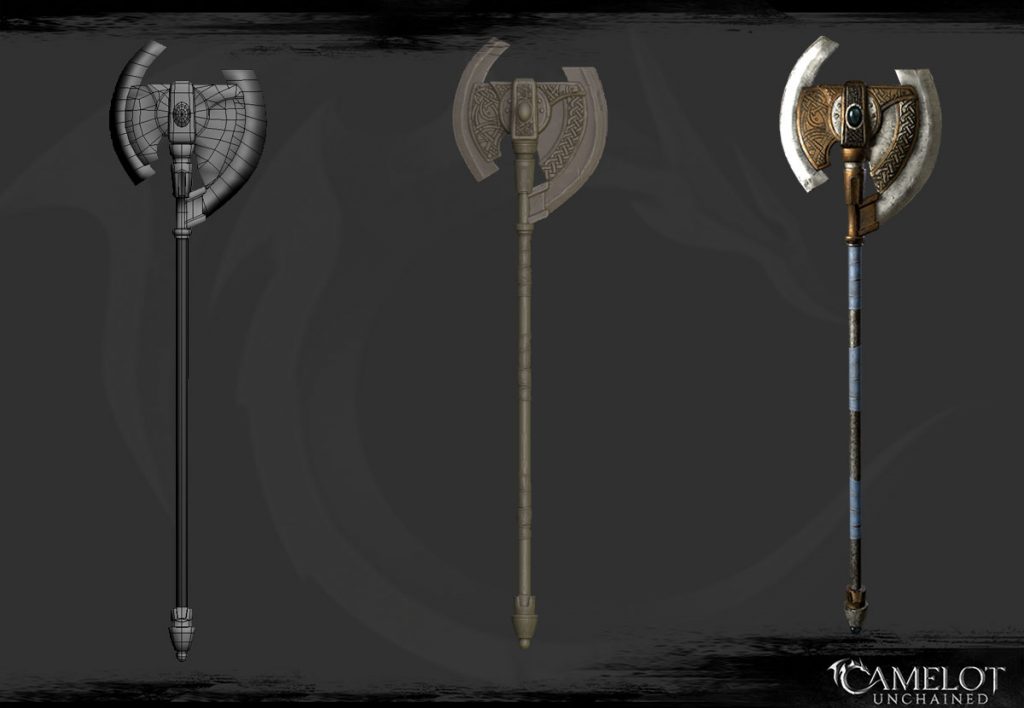 And not to leave out our Abhorrent Knight. 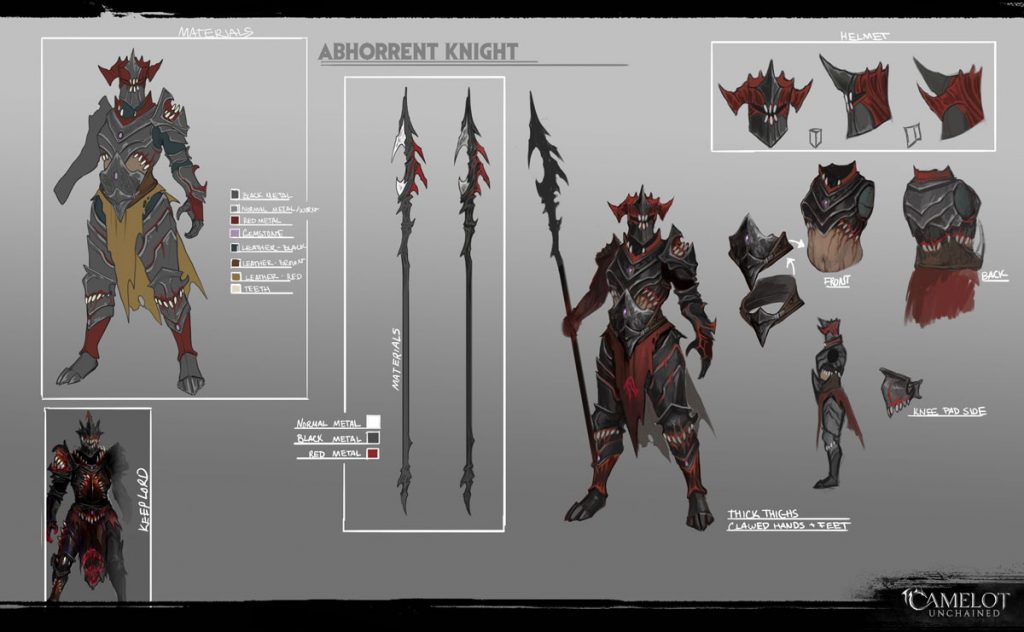 Your realms might be getting equipped, but so are you! Devouts are currently getting decked out in their equipment sets, so make sure you also look at the newsletter for even more designs.

We know it’s rude to point, but in this case we’ll make an exception for the Points of Interest! If you hadn’t seen the #65 Newsletter we first talk about Points of Interest and showcase the Risen Temple for the Coastal Lowlands. We now have more concepts to show off here from the Coastal Lowlands; the Stoorwyrm Fossil Site and the Claws of the Cailleachan. If you’re wanting more though, look for this month’s newsletter! 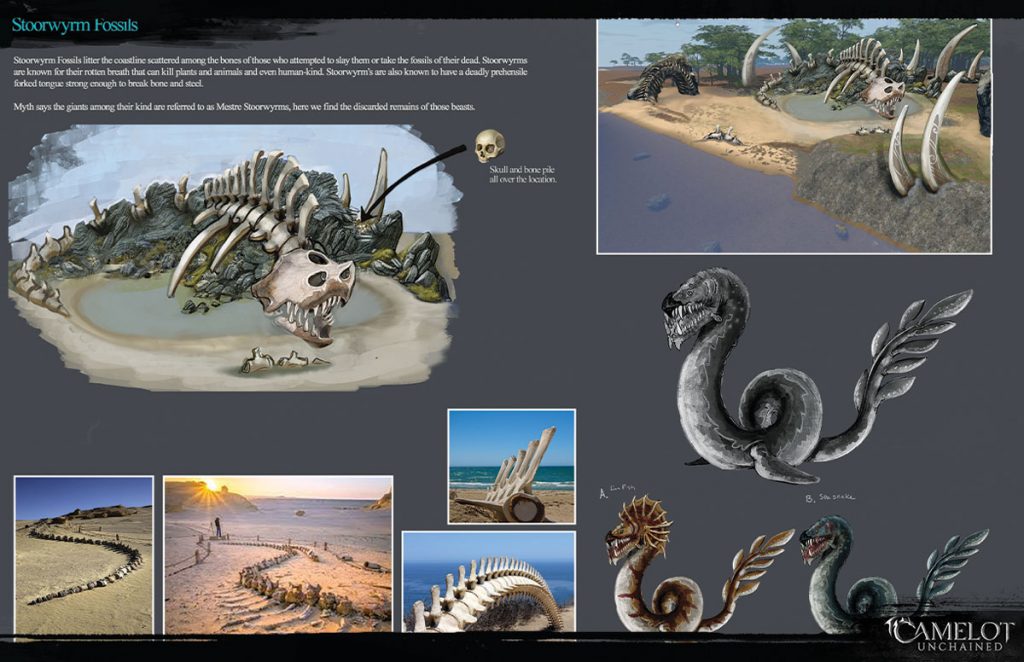 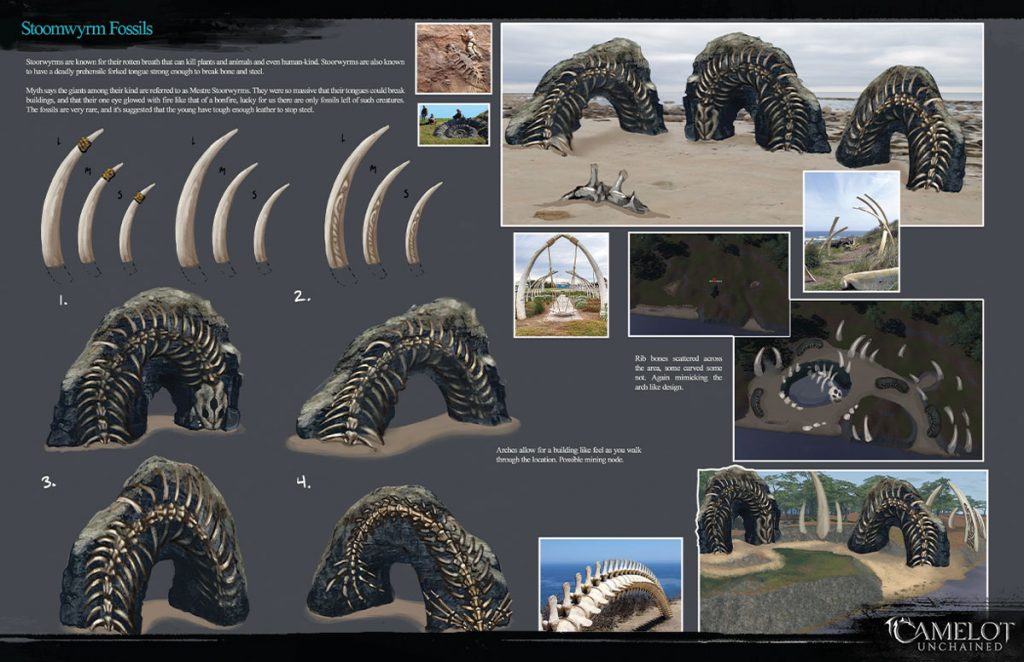 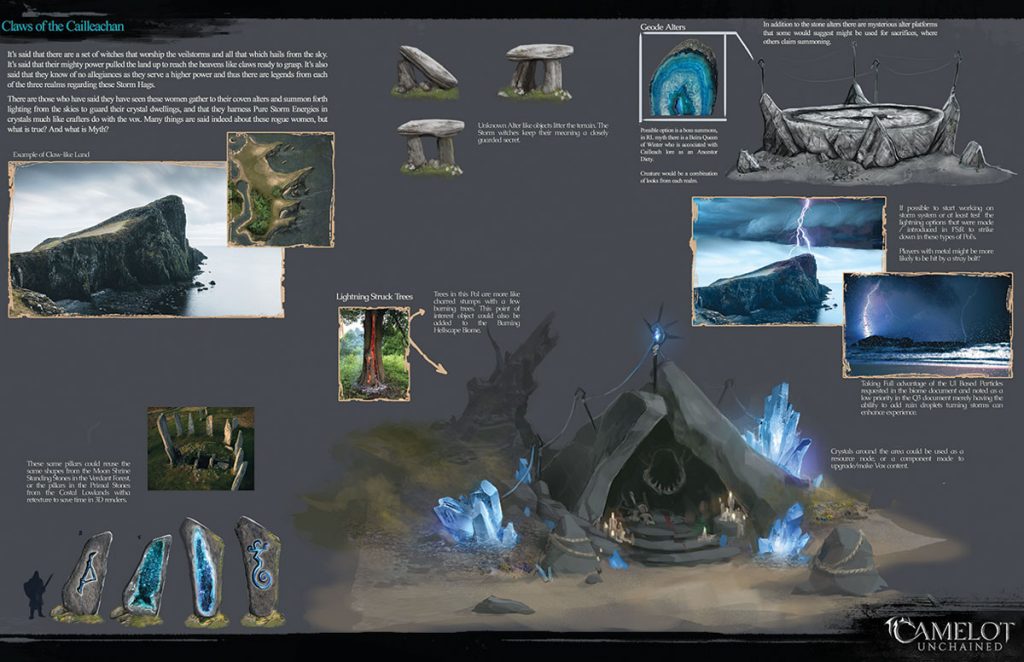 Sparkle magic continues to be forged. Working on giving all the devout abilities their own special twinkle; be it plants and glory, or death and gloom, we’ve got you covered!

Crafters traps have finally sprung onto the battlefield in their full kit! 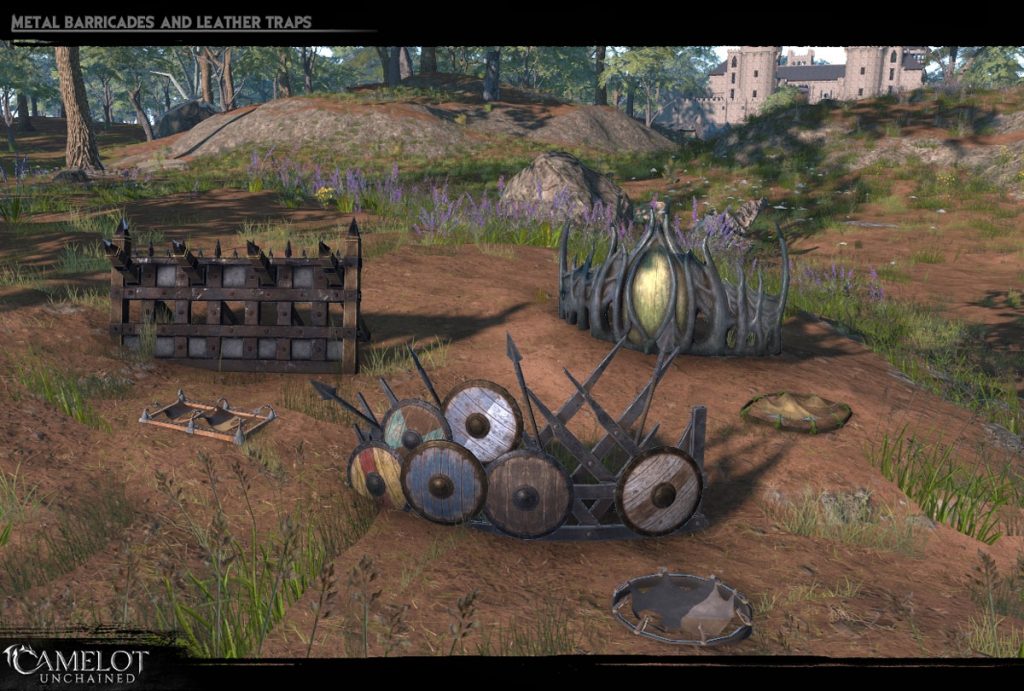 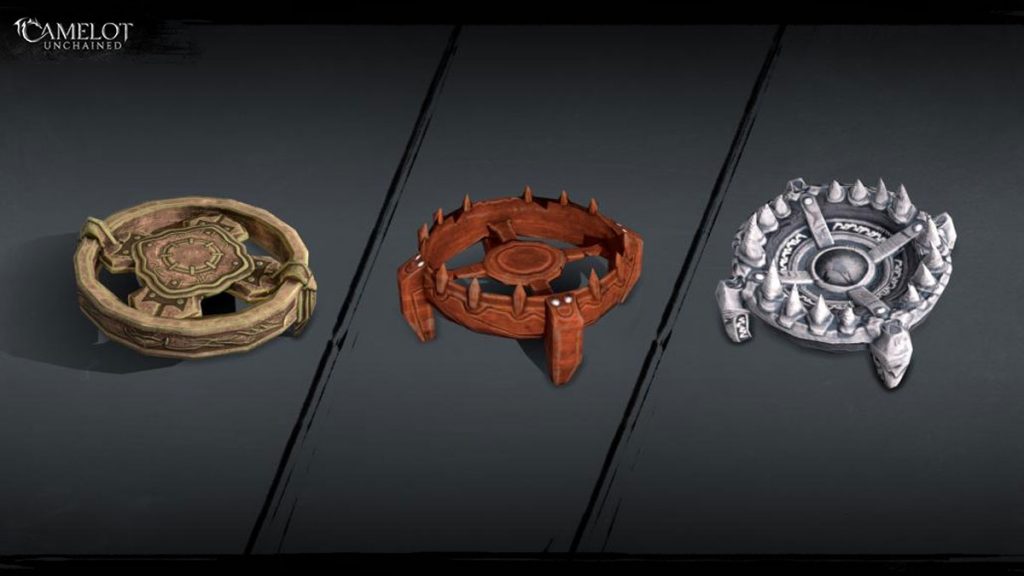 We have no intention of stonewalling you, but here you’ll see the Arthurian Stone wall bringing up the conclusion of images for this top ten!

Whew, a lot of good stuff in this update right? And we also have a newsletter going out as well so you Backers will have a lot to think about over the remainder of this week (and beyond).

As always, we thank you for your support and patience. Over the next 90 days you’ll see more of CU come together even more and as the summer heats up here, we’re hoping that we’ll be burning up lots of server time as well. Please stay safe, uninfected, and as kind as you can be during these very difficult times.