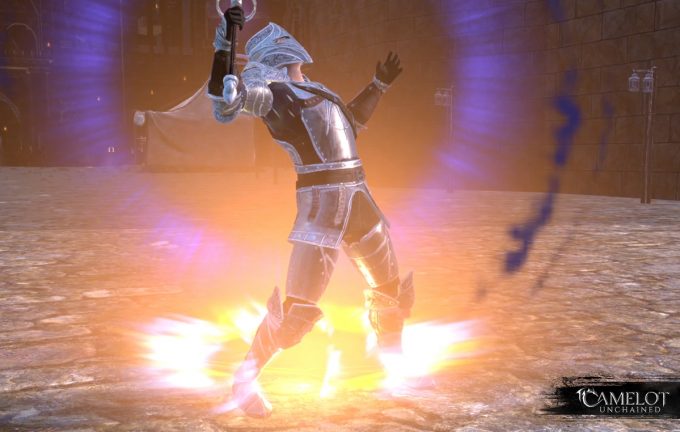 Normally I like to start our update with a catchy title and some humor. Given what is transpiring in Ukraine, I thought doing so would be, at best, quite inappropriate. All I will say is that the nation of Ukraine and its President are shocking the world with their defiance, courage, and ability to stand up and say “No” to one of the most powerful countries/militaries in the world. My prayers and hopes are with them and all of the innocent people who are impacted by this tragic event.

Besides this update there’s even more CU news you can use – we have this month’s livestream with Senior Producer Terry Coleman here, complete with the February Top Tenish and our usual Q&A session (https://www.twitch.tv/videos/1411162222) and tomorrow we will send out the newsletter too!

First up in this month’s CU update, we’ve got some new concept approaches to our realm artifact kits, specifically the Viking set. Here you can see some of the different options we came up with per item type – braziers, signposts, and more – based on some new general environmental concepts. 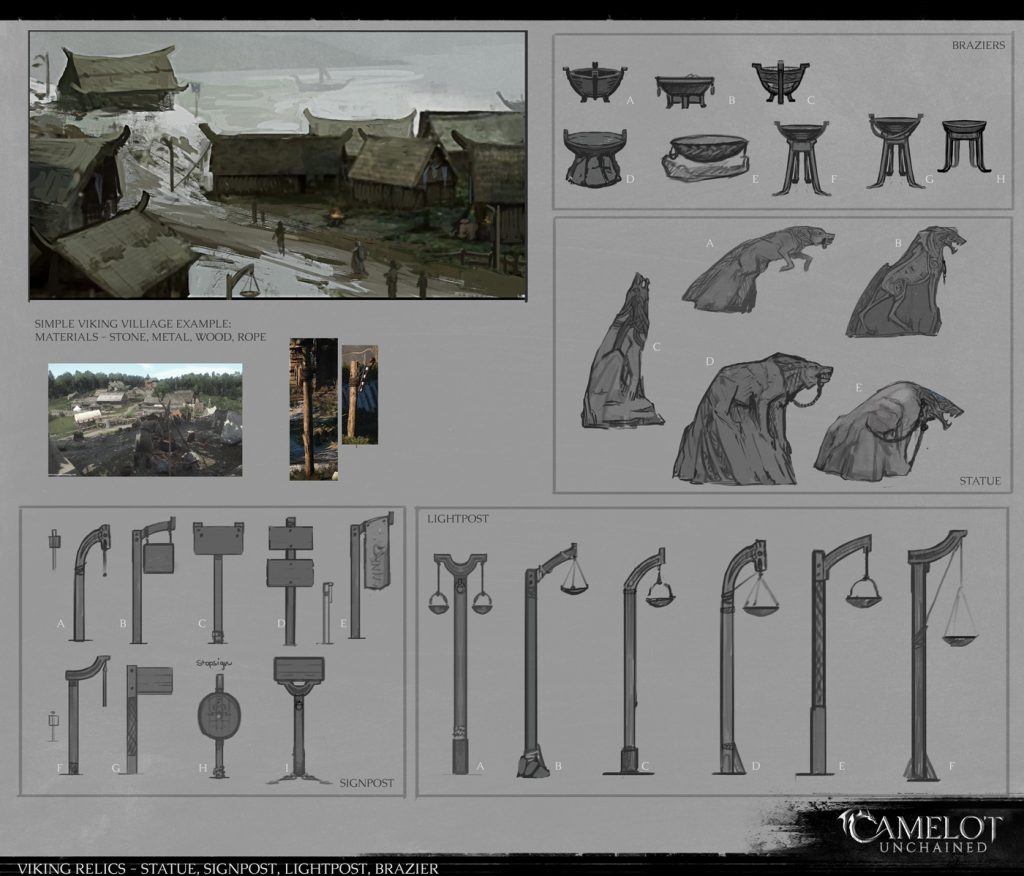 Those choices were then narrowed down further to the below selections, honing in even more on a unified, distinctly Viking aesthetic for this item set. 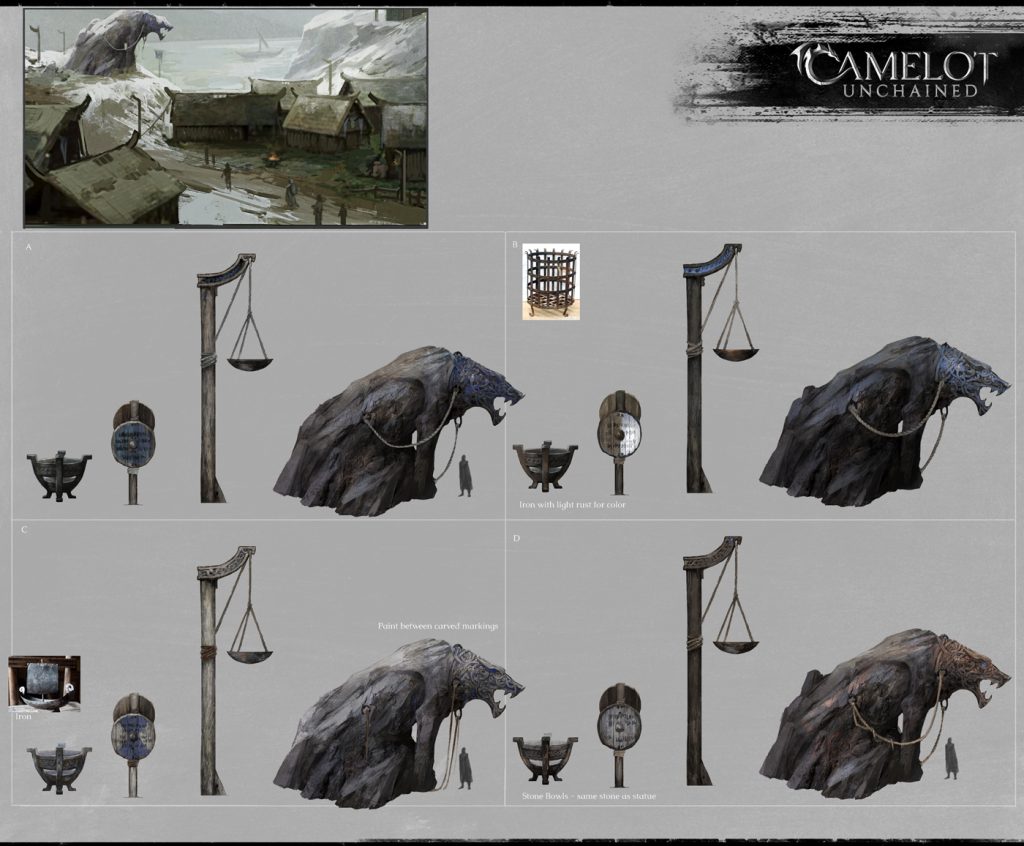 From realm artifacts, we move onto weapon sets! This month the armory increased, with the 3D rapiers you see here made from last month’s concepts. These standard weapons are craftable via the Make job on your Vox now, soon to be followed by Sabers and Curved Blades of the same basic rarity. 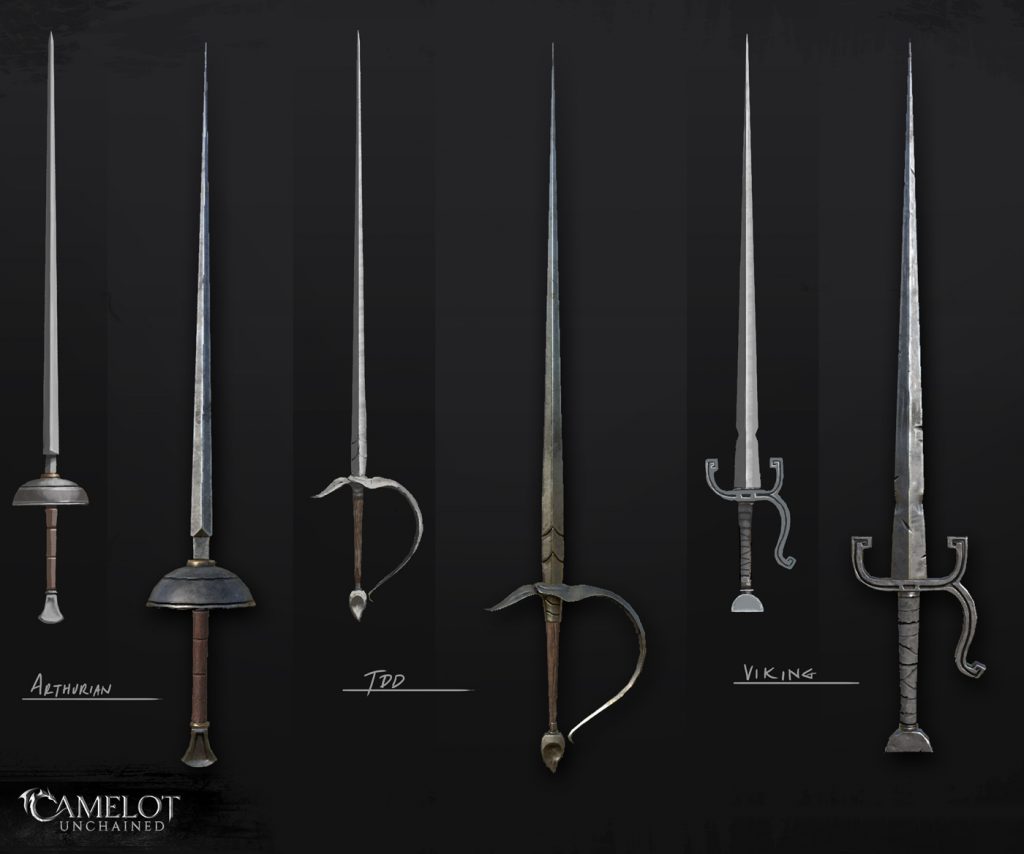 In Arthurian news, the 3D crew is just about done with the female Cait Sith model, now complete with hair cards and textures (kind of important for our most well-coiffed race to date). 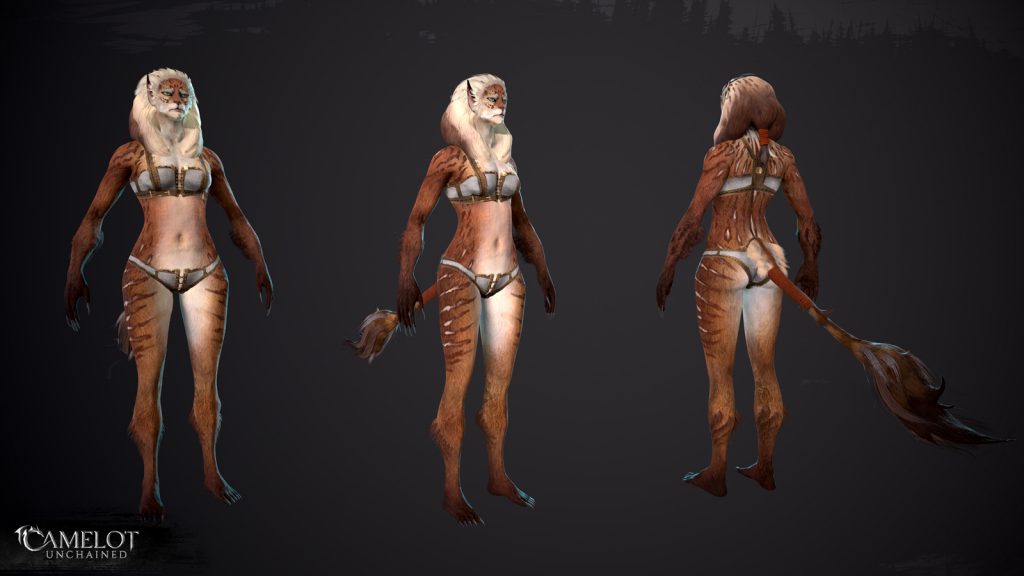 Meanwhile in Melee 2.0, our first wave of additions to the Heavy Fighters and melee ability tree land this week! As we’ve talked about in more detail in previous newsletters, this new approach to CU combat breaks our extensive melee system down, organizationally speaking, into damage types: crushing, piercing, and slashing. 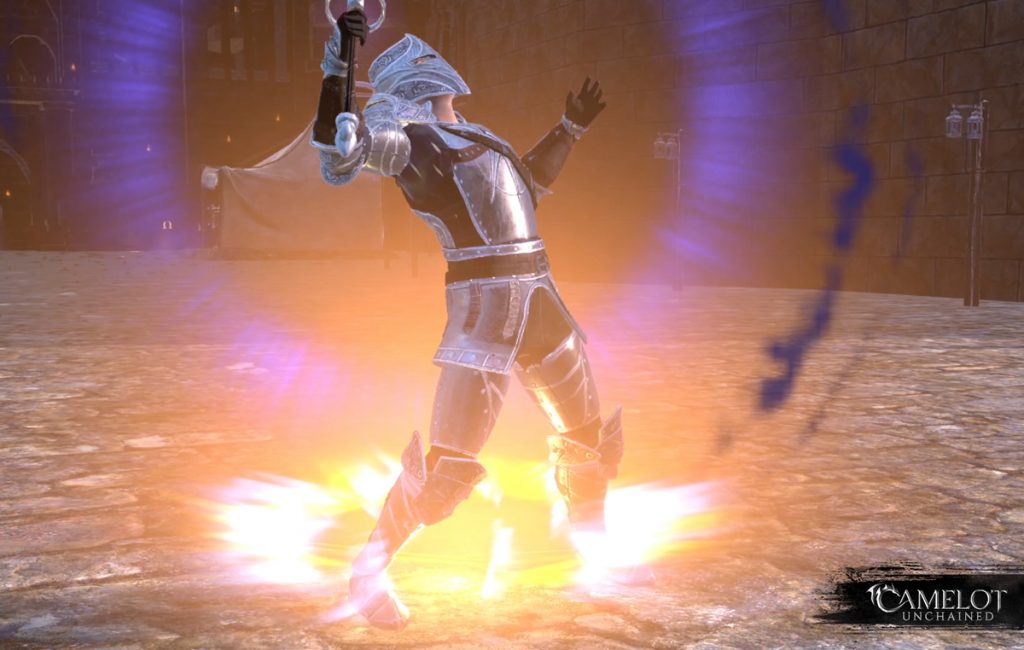 These new animations currently cover all characters that share the human rig, and the default Heavy Fighter weapon loadouts – meaning many of your Black Knights, Fiannas, and Mjölnirs can sport some more exciting full body animations to match their new ability components.

Hop in the next build to try out the new ability builder changes and these Heavy Fighter animations for yourself as we continue to test the current feature, iterate on new class improvements, and eventually bring animations online for even more rigs and weapon loadouts.

Last but not certainly not leaf-st, the environment team continues to make big strides on our Upgrade All the Foliage mission – from grass cards last month, to the below behemoth of an oak tree. We look forward to showing you how we’re able to leverage these improvements in the Golden Plains zone and more in the coming months! 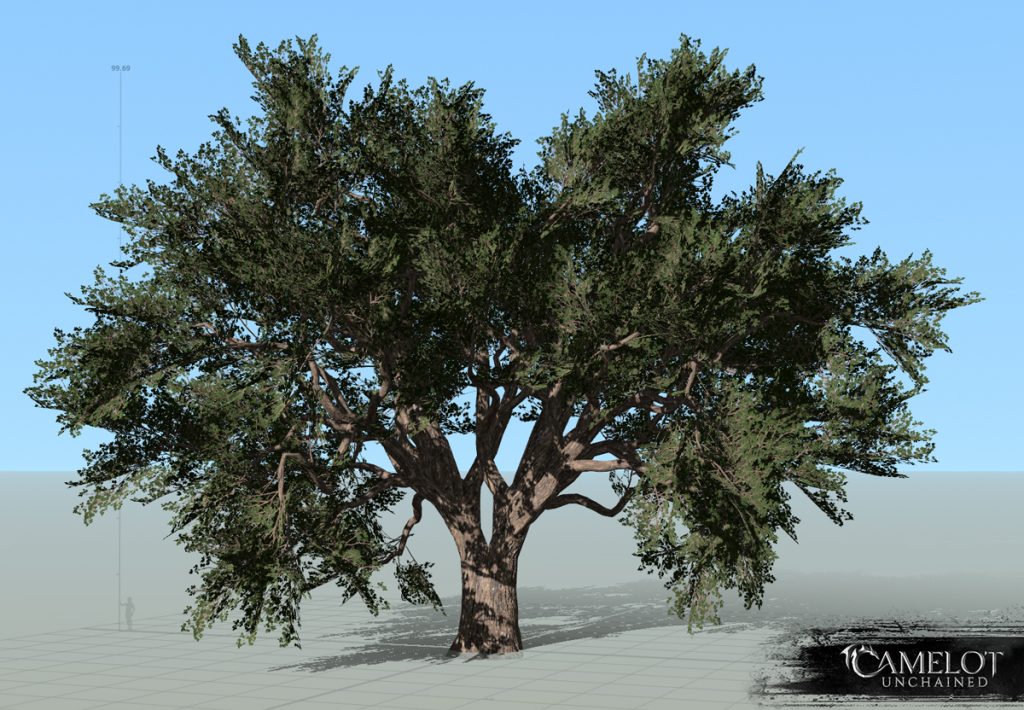 I hope you liked what you heard today from Terry, and what you have seen in this update, and what you’ll see tomorrow with our newsletter. As always, we thank you for your support and patience. 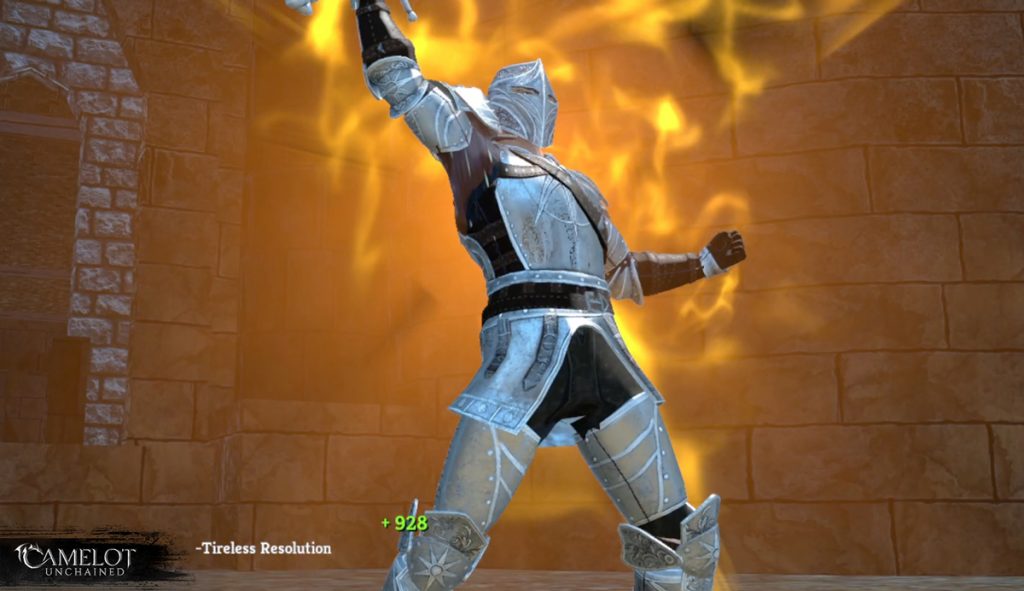