We have been very busy this week. I think George summed it up well with: “Cross dependencies everywhere!” We have so many different systems coming together, and several new systems, as usual, coming in, that this week was particularly busy for those of us managing the flow of change. Not to mention the hard-working team supporting that process! I can confidently say this busyness will continue into next week if our Top Tenish work-in-progress items are any indication. With that obvious segue, let’s go to our fairly robust (wink) Top Tenish list:

As you can see, we had an above-average week of highlights. There’s a reason we call it the Top TenISH, haha! Okay, let’s move on to the some of the images for the week. We’ll start off with a link to an animation video from Scott that demonstrates running and standing jumps, with an additional animation of a running stop. 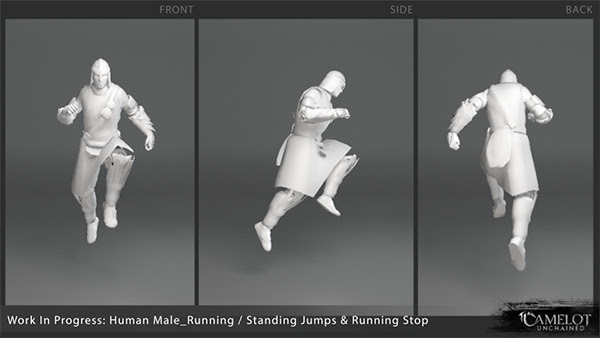 Next up, some WIP helmets! As mentioned in the Top Tenish above, Jon began work on some extra helmets for B1, inspired by real-world historical helmets. You can catch his stream from this week HERE.

This week, we got all three Realms’ scorpion siege engines added, with simple rigging, for Matt to work with. Here’s a nice beauty shot of our three lovelies. 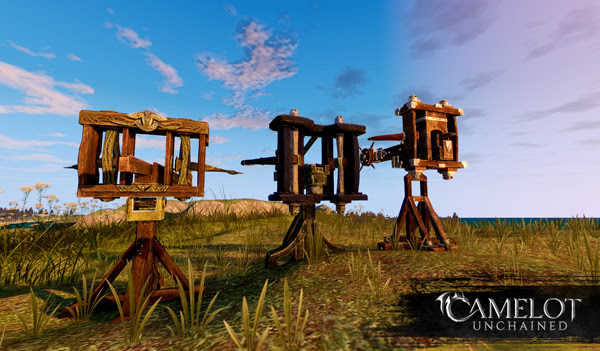 And let’s get a nice reverse shot, so you can ogle their mechanisms. 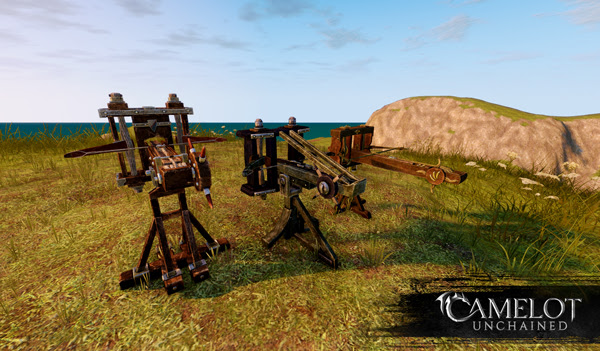 Now that we are internally testing our multi-zone tech, we needed a quick way to differentiate the spawn points, marked by, for now, a single prop. Michelle completed a quick VFX mock up for Mike to work on, testing his new tools.

We have a fun sneak peak to tease this week, so I’m not going to say much about it. 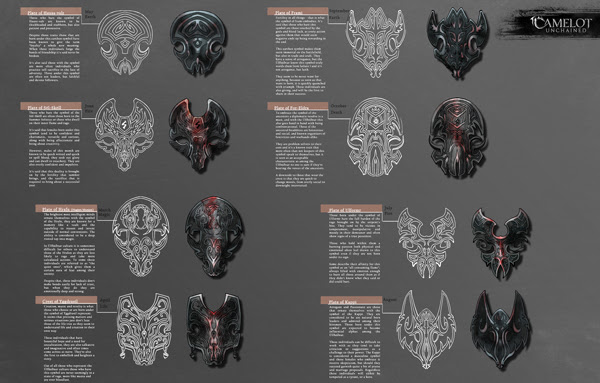 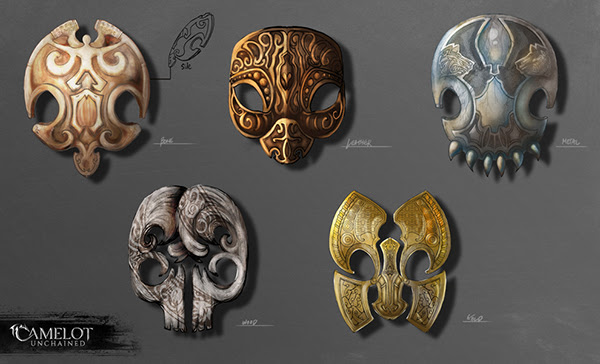 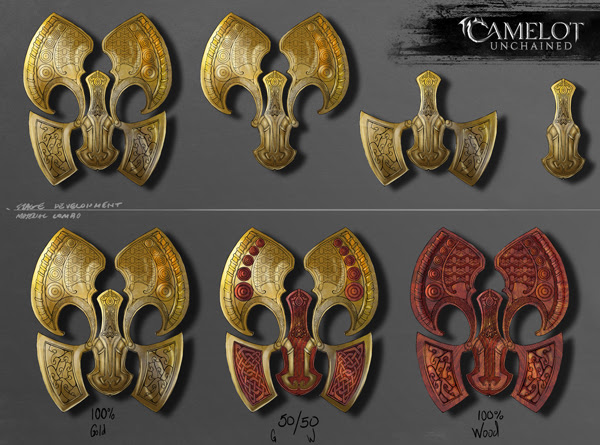 What could those be used for…hmmm? And now, a shot of some very special gifts from a very special Backer called Poxer: Thank you for this amazing cappuccino maker and related paraphernalia! Believe me, it will definitely bring joy to this team. Here’s to some caffeinated game development! 🙂 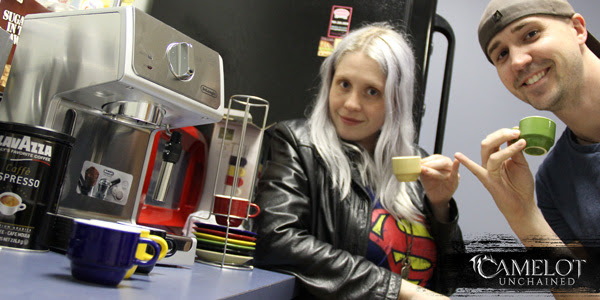 To wrap up art, we have a nice shot of a lone Viking, looking for a way home. 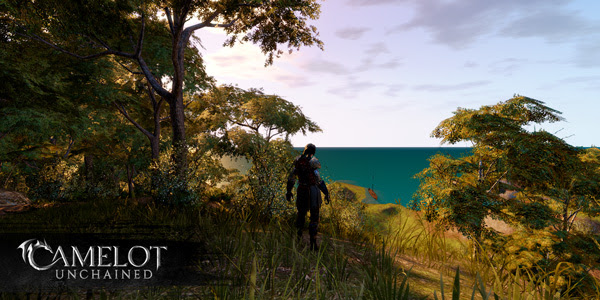 So a good week here, with plenty of highlights, and some cool WIP features landing over the coming weeks. As Mark often says, it only gets better from here. For IT and Alpha level Backers, keep an eye on your email, as we’ll be having two tests this weekend; we just haven’t wrapped them up and put the bow on, yet. Not bad, eh? Two tests this weekend, even with cross dependencies everywhere. If all goes well with the VFX test (the test on Hatchery), we’ll be inviting our Beta 1 Backers in for the next iteration of VFX testing!