This has been a very busy week for us. I (Tyler) honestly turned around to the artists behind me when I was putting together the Top Tenish, and said, “Wait, how is it Friday already!?” The reason for the apparent loss of time has simply been due to how busy we’ve been this week. I’ve been part of so many conversations involving Design, Art, and Engineering, it’s felt like one minute someone asked about VFX, the next minute a question on the terrain editor, which was followed by “how should we support earrings?” Much of the work we are doing now is a combination of new features and functionality, plus tons of planning for those new features.

On top of that, in my specific case, I’ve been focused on character art and animation, specifically nailing down improvements and documenting everything. We’re in a good place: We know what we want to improve and how to improve it–we just need to get the work done, so we can move forward with lots more character art and animations! It’s difficult, but really rewarding. Game development attracts people who like to solve problems, and we have a studio full of those people!

If you missed our weekly stream today, you can catch that HERE. Mark ran through our Top Tenish as well as a bit of Q&A. If you have any burning questions that need answering, jump on our forums HERE, or join us on our live streams!

We’ll also be running a test this weekend for IT, Alpha, and Beta 1 Backers. Expect a separate email with that info.

For the week’s highlights – On to the Top Tenish!

Like I said, we’ve got a lot of things in progress right now. For me, the animation prototyping has been one of the more difficult–yet fun–things we’ve been working on.

Let’s move into some art for the week, which is a little less than usual due to all the planning and prototyping that the art team is doing.

We’re doing a lot of work right now to improve our character art and pipeline. We’ve got to get the new version of the characters approved before we begin making new armor. Joe has been kind enough to wave hello with the new character Jon created. Suffice to say, there are no plans for a big-headed bear paw race 🙂 (What you’re actually seeing here is the new character base model with an updated rig to support it, fully weighted for testing. Joe just scaled up the hand and head bones for fun.) 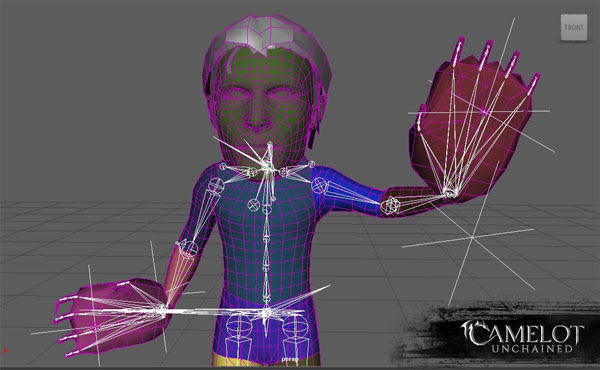 Before Beta 1, Dionne spent much of her time helping me (Tyler) create assets and get them into the home islands. She didn’t get much time working with the terrain editor. This week, she clearly found her groove again, creating this forest mod which will be used on the Deathmatch map. Good job! Next up, we’ll begin planning out new environment art to make! 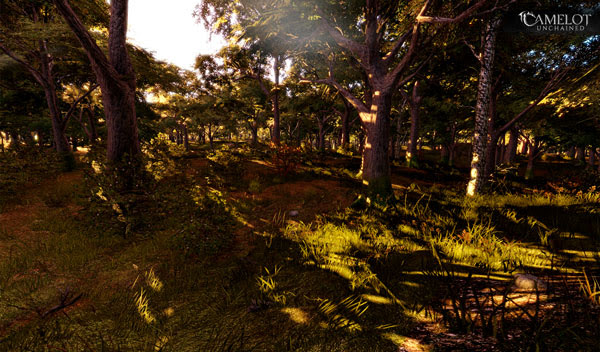 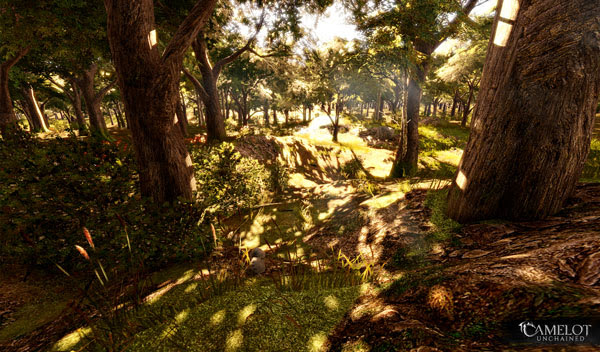 Dionne felt this forest needed some yellow added to it, so she quickly started making some new flowers. It’s amazing what you can do with only a few triangles! In our game, to support our huge battles, we have to be very clever with our art. 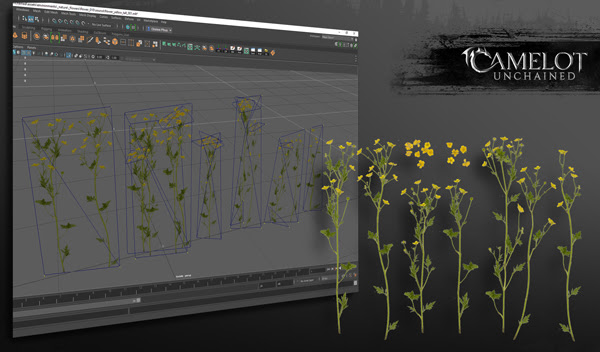 Here’s a few concepts Michelle has been working on for possible crafting UI treatments. 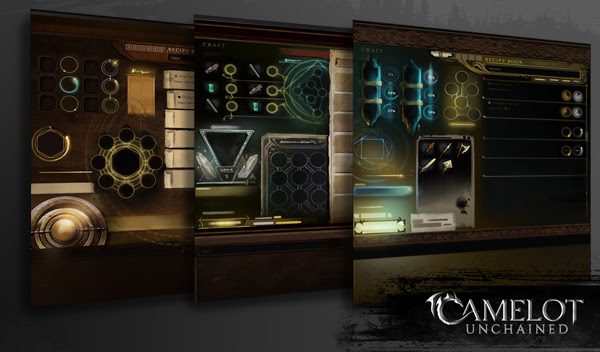 I’m particularly excited about our crafting system as it relates to the creation of the weapon and armor art.

And that’s the end of this week’s update! As mentioned above, we’ll have another email going out to IT, Alpha, and Beta 1 Backers about this weekend’s test.

CU all next week!