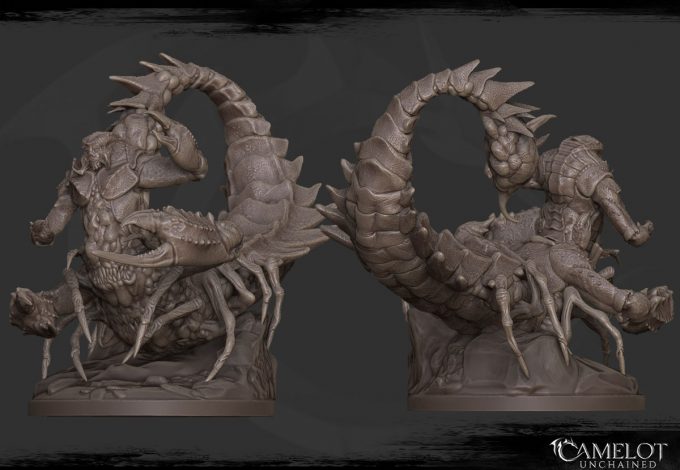 Max here, creating the update today! Happy first day of summer! Looks like another solid week with good progress on the game’s development. As we head into the warm season, we’re ensuring that the changes we’ve made are working, fixing new issues as they come up, and pushing forward on all fronts (like rams)! As always, we’re full of warm summery (and fuzzy) feelings for our awesome Backers, so thank you for staying patient and joining our tests. Eagerly looking forward to making next week as busy as this one was, though hopefully with less of the plague that has struck down a few of us this week!

No test this weekend, but keep an eye on our tentative testing schedule to stay up-to-date on testing.

If you missed today’s update livestream with me (Max) and Ben, you can find that HERE.

Now, let’s check out the week’s progress highlights in our Top Tenish list!

Pretty solid progress overall! Especially when you consider how many folks we’ve had down and out with a nasty stomach bug. Plenty of work getting done!

For art this week, we start off with some shots previewing an animation from Scott, who is continuing to work on Luchorpán weapon animations. These are some key poses for a guy with a cape and a greatsword!

Next, we have some concepts for our new, variant smaller doors, which we are creating Realm-specific styles for! Here we have Arthurians and Vikings! 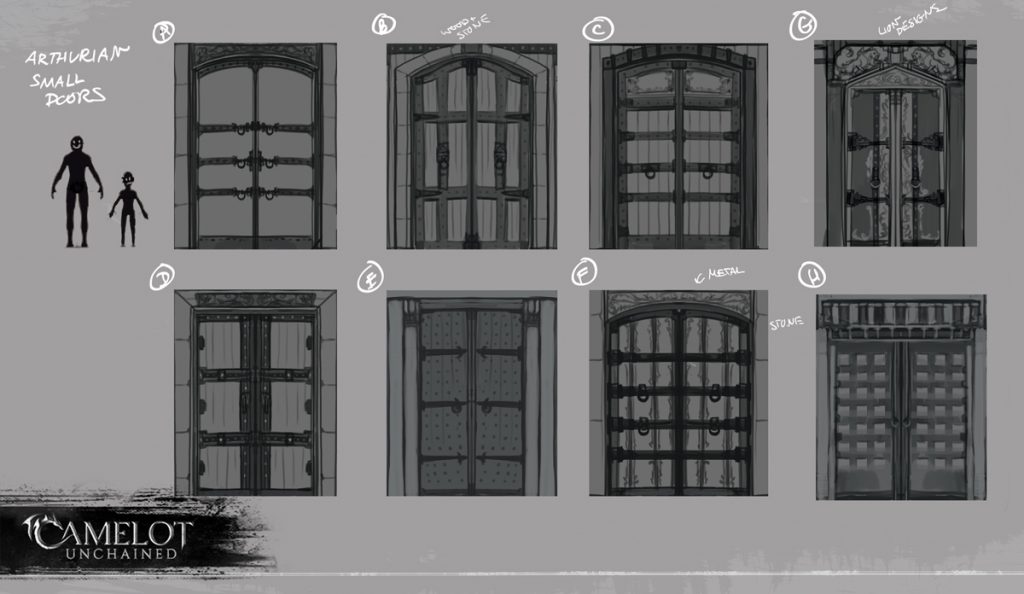 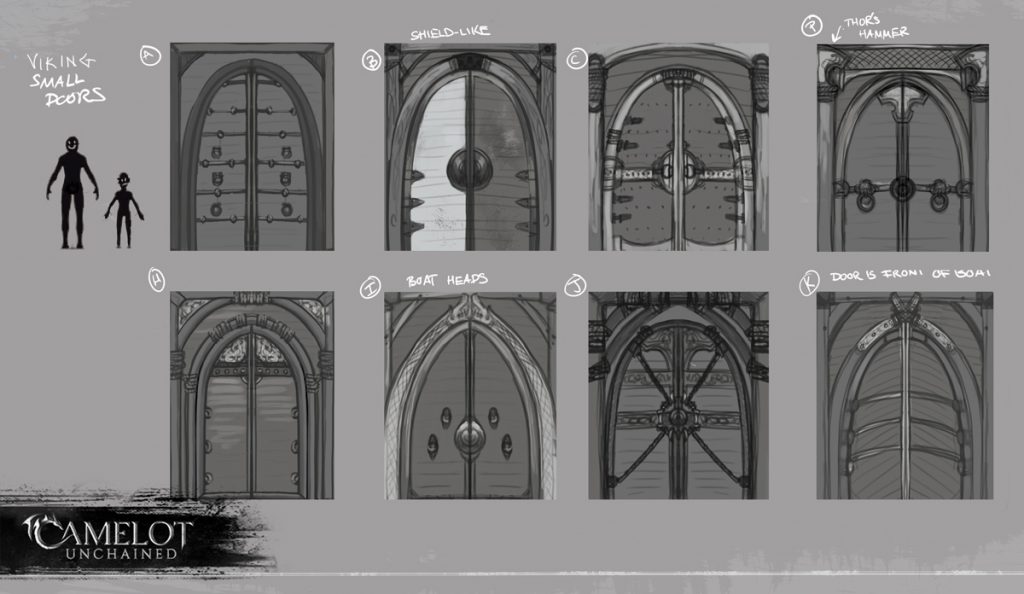 Not to be left out, here are some TDD portcullis concepts!

And last but not least, an update to progress on that awesome scorpion model Jon’s been making for the board game! Here is the monstrosity with a bit of posing (although it’s still a WIP): 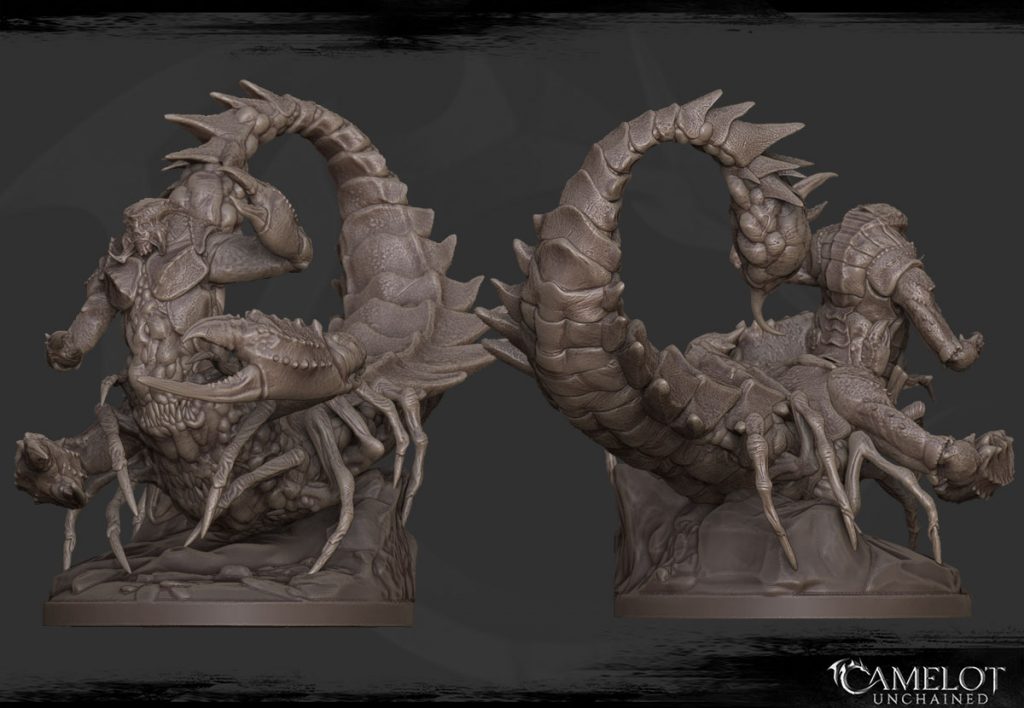 And that’s everything I’ve got to tell you about for this week! Thanks for reading, thanks for your patience, and most of all, thanks for your support and being our awesome Backers. We continue to work as hard as we can to bring you the game we promised to bring.

P.S. MJ here. Next week, we’ll introduce you to Charlotte, who’s going to help us out with some engine tests this summer. Have a great weekend, everybody!