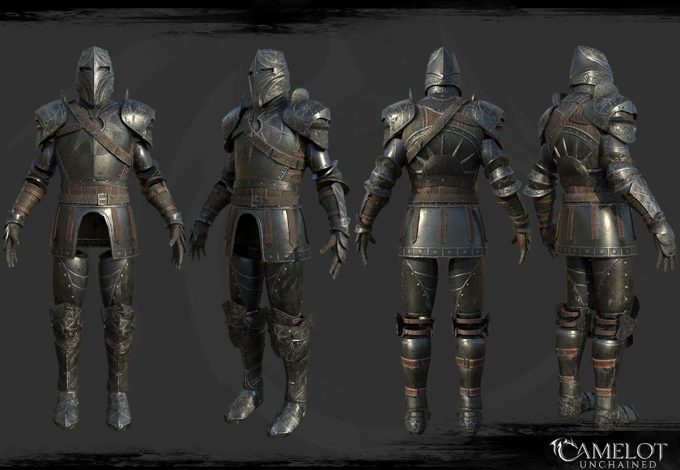 Our official announcement of the start date of Beta 1 was last week! It is set for July 4th, so mark that on your calendars, if it’s not marked already. 🙂 This week may have been a little quieter, but that’s because we’ve been as busy as ever, knocking items off our to-do list. Work this week covers several different areas, from new UI elements to building networking improvements, to the next scenario map and its new gameplay functionality. We also continued running several impromptu tests this week, with lots of positive feedback from our Backers! Thank you very much for helping us find and fix bugs!

Lots of work this week! Probably could have counted as more than fourteen highlights, since a few of those have multiple items.

For art this week, let’s start off with some concept art from Michelle which I find particularly interesting. One does not often think about stylizing magical visual effects like fire. How do you make fire more wild, more spiky, more Arthurian? I’d imagine many of us would come up short. Not Michelle! Let’s take a look at the magical elements she began with this week. Here we have concepts for Arcane, Fire, and Lightning. 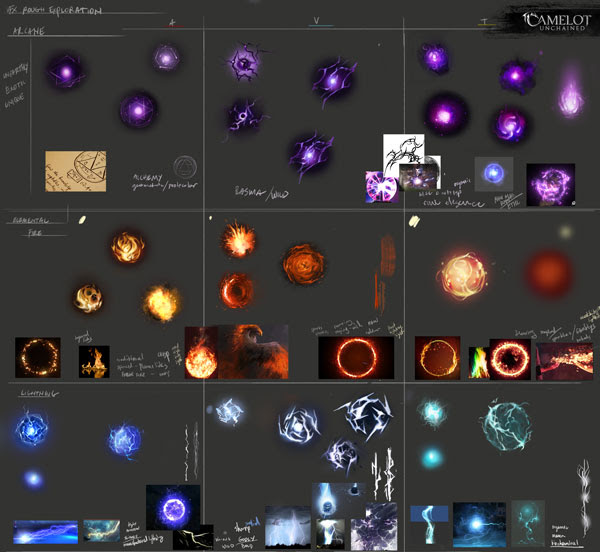 Hot stuff! Next up, we have some new assets on the environment art side from Dionne and myself, Tyler. First off, some new ground vine assets from Dionne. These assets, as with most of our art, were built with a low-poly budget in mind, so players get a solid framerate during combat. The textures have to be carefully laid out so we can use as few triangles as possible. 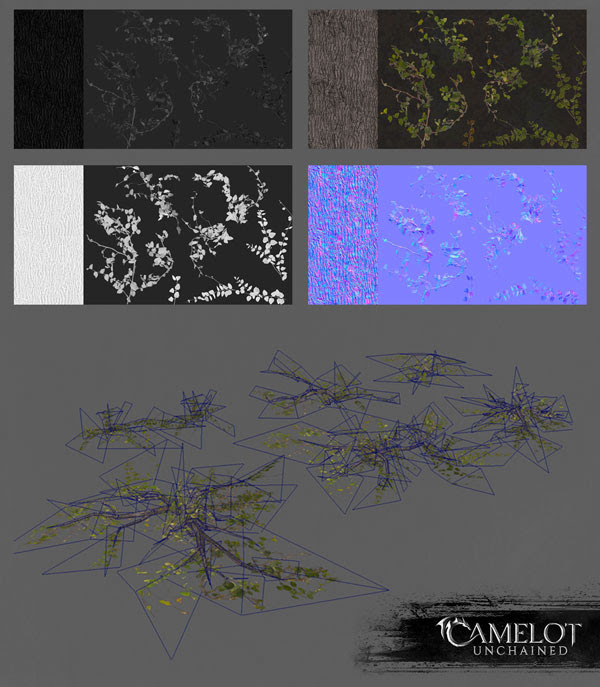 Next, we have a couple of out-of-game renders of new ground materials, to support a dry, barren landscape. Ben specifically requested the center of the scenario 2 map be mostly free of line-of-sight blockers, such as trees and large bushes, so players have a good view of the contested capture points. 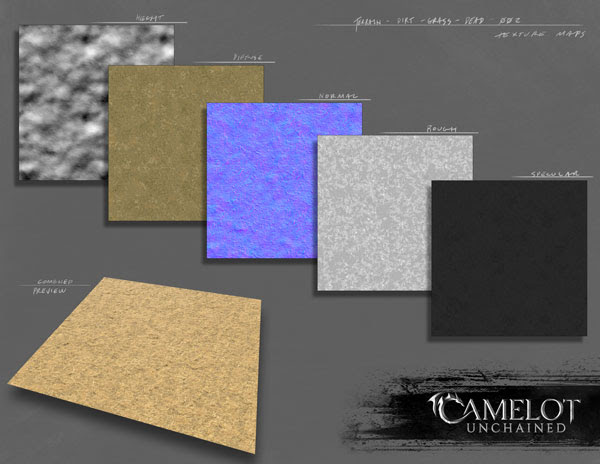 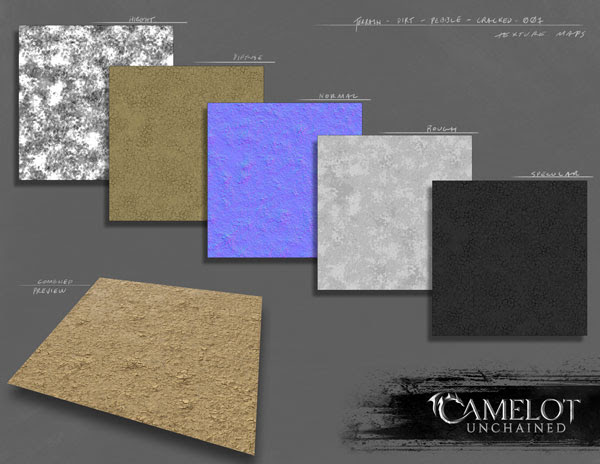 Jon has been hard at work on the updated Arthurian heavy armor. This includes an improvement in the mesh, as well as the UV layout and materials. This variation also adds more details throughout. 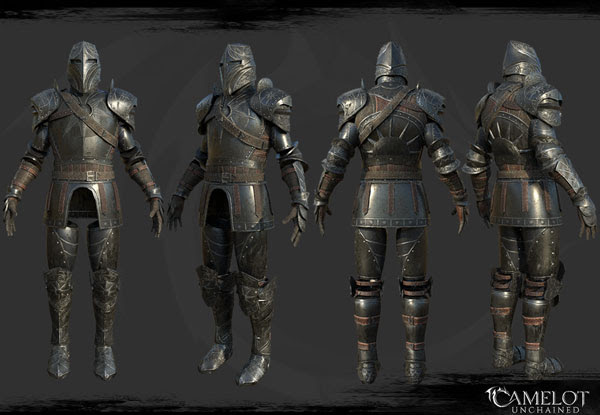 Many thanks as well this week to our Backers, who clearly want to make sure we have the fuel necessary to get to the start of Beta 1. Today we received pizza, in both offices, from our “Rich Creepy Uncle.” 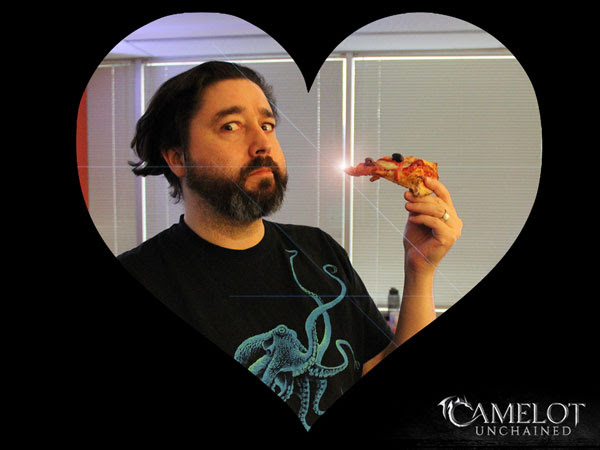 We also received several tubs of deliciously calorific gourmet popcorn from Failboat. Who knew there was bacon-flavored popcorn!? 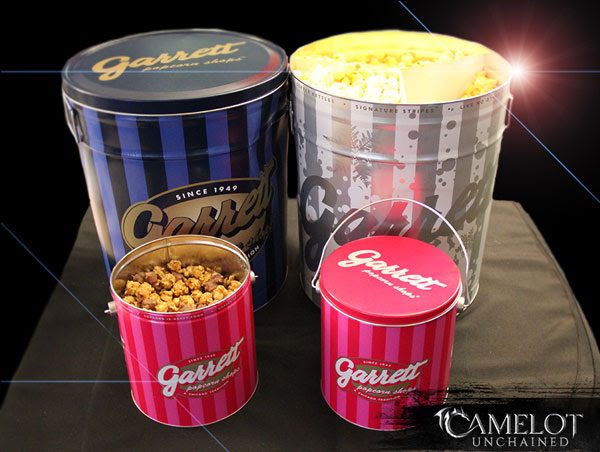 We also received several delicious-smelling boxes of fresh apples, pears, and oranges from Patrick. Oh my god, thank you so much! 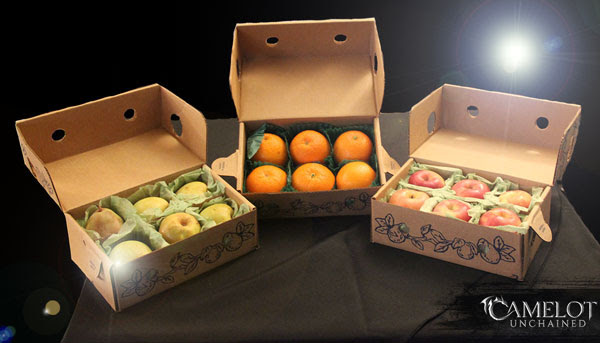 With that, we wrap up another solid week of work for us here at CSE!