Moon over my island

Happy Friday all! It’s been another great two-week effort and we have lots of good stuff to talk about. Since it’s getting late, let’s start with the summation of our Top Tenish list.

Work continues adding more functionality to the ability system. Testing went well last week, and the team has culled out many ability bugs and continues investigating some bugs we’ll be looking for this weekend. We’ve made continued in-roads in other areas such as more than two islands, which we hope to get into testing next week. We’ve also completed a first pass at groups which we are currently testing in-studio. George dropped in an update to terrain generation which should result in a decent, 10-20%, speed increase. In a fun, highly personal note, Andrew’s wedding went off without a hitch, and he’s happily enjoying his honeymoon.

The art team continues to hone its weapon pipeline, having cut out several steps while improving visual quality. Once we get realm based weapons hooked up these will appear in player inventory. As to the list itself:

Now, as to our User Stories themselves, this week 21 old cards with 125 completes. Here’s the master list:
As a Backer, I’d like to see general improvements in C.U.B.E.’s interface and functionality.
Paint Bucket tool key bind fixed. Holding ‘P’ when clicking on a set of blocks will paint those blocks with the selected mat.-Complete

As a Backer, I’d like to see the sun, moons, and stars in the sky, with sky color changes based on time of day and position of those celestial bodies. – Second Pass
Update moon materials and increase resolution.-Complete

As a Backer, I’d like to play in new biomes that change according to Realm ownership. – Biome 04
Neutral – Additional sapling variations.-Complete
Neutral – Audit and improve terrain blending and mod settings for “clover area.”-Complete

As a Backer, I’d like to know about smaller changes that don’t have their own user story.
Determine cause of patch server slowdown, fix and improve speed.-Complete
Set up local patch server for internal use.-Complete
Create “fast-path” entry for Jenkins that can do the release-build process for any branch and push to any set of channels.-Complete
Push build number and time to the server, so that we can track down issues related to continuous integration.-Complete

As a Backer, I’d like the selection of races in Beta 1 to have shared and unique idle and fidget animations.
Race/Gender Fidgets:
Human_Male_Viking_Fidget_02-Complete
Human_Female_Tuatha_Fidget_02-Complete
Unique Fidgets:
Arthurian_Male_Fidget_Feet-Complete

As a Developer, I’d like a better instrument library to build interactive music.
Audit and improve drum samples.-Complete

As a Developer, I’d like the Camelot Unchained ability system to fully support the design scope of the game for B1.
Add cooldowns to server-side skills.-Complete
Skills can be restricted by particular archetypes.-Complete
Fix server lag when attempting to spam multiple abilities.-Complete
Buffable mitigation: subtracts a flat amount from damage rather than a percent.-Complete
Improvements to subject group.-Complete
Hook up Stonehealer art assets for healer stones.-Complete
Missing/killed/deleted entities don’t break skills (bug fixing)-Complete
Temporary solution to exhausted state for testing.-Complete
Add shielding stone for Stonehealer to mitigate a flat amount of damage.-Complete
Bots and testing:
Add logging and debugging features to capture and inspect a player’s entire state at runtime.-Complete
Conditionals and Requirements:
Research Payloads.-Complete
Create framework for conditionals.-Complete
Weapon-based abilities will now require the correct weapon type. -Complete
Client Spec:
Automatically create code allowing the game server and the proxy to communicate.-Complete
Other types of server can automatically get data from the game server.-Complete
General bandwidth improvements all around.-Complete
Client can now represent skill tracks, allowing players to execute multiple skills at the same time.-Complete
Network layer supports new entity component model.-Complete
Players can use skills they have not crafted, such as with siege engines.-Complete

As a Developer, I’d like to improve the visual fidelity and speed of creation of our art assets through the investigation, and possible use of, the Allegorithmic software suite.
Audit union between programs for material ID assignments to speed up development time.-Complete
Material Creation improvements for characters, armor, and weapons.
Procedural solution to push highs and lows in a material to better convey folds, plates, etc.-Complete
Solve issues with really dark metals.-Complete

As a Developer, I’d like an automated system that can find data related bugs before they become a problem.
Roboduck tests for broken sound packages.-Complete
Add Roboduck test to detect duplicate files being uploaded to the file system under different object IDs.-Complete

As a Developer, I’d like to use a packaged sound resource which the client can unpack and dynamically use based on the correct event.
Remove references to hard-coded sound events in client.-Complete
Remove wwiseids.h.-Complete
Add support for DB for debugging individual banks.-Complete

As a Developer, I’d like to improve the visuals of our current characters and armor, and note lessons learned to move forward into our next iterations.
Audit Arthurian male and female heavy armor.-Complete

Let’s just say it was another two very good weeks here and we’re hoping the next two weeks is even better. And if you have doubt, just head over to our User Stories page (http://camelotunchained.com/v3/user-stories/) and check out the current status of our Beta 1 Feature List and our Beta 1 Extended List. The best news here is that not only have we checked off a bunch of items from our Feature List, and almost all of our Beta 1 Extended List are done, but the vast majority of the items on both lists are works-in-progress, with some of them nearing completion (such as the group system)! It’s been a longer road to Beta 1 than we had hoped but we are getting there. And for those who have been worried about our animations (especially a particular group of fellows down at Dragon Con, you know who you were! 🙂 ), we added a new running animation and a new walking animation will be added next week.

In terms of art, let’s start off with some concept art. So let me axe you something, how about some cool Viking weapons? 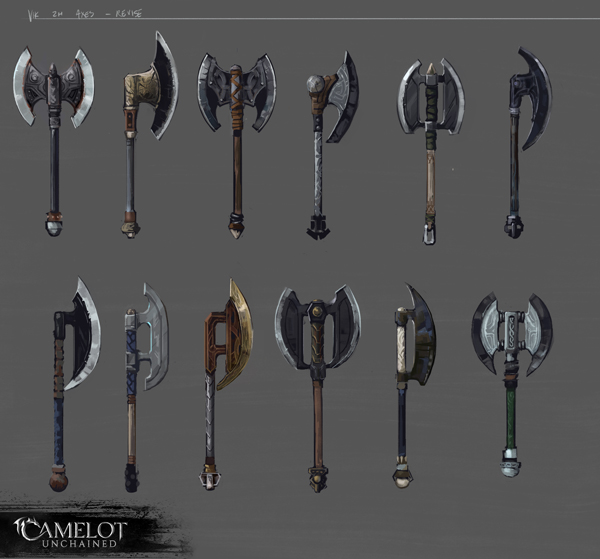 After that, let’s go to some Viking polearms. 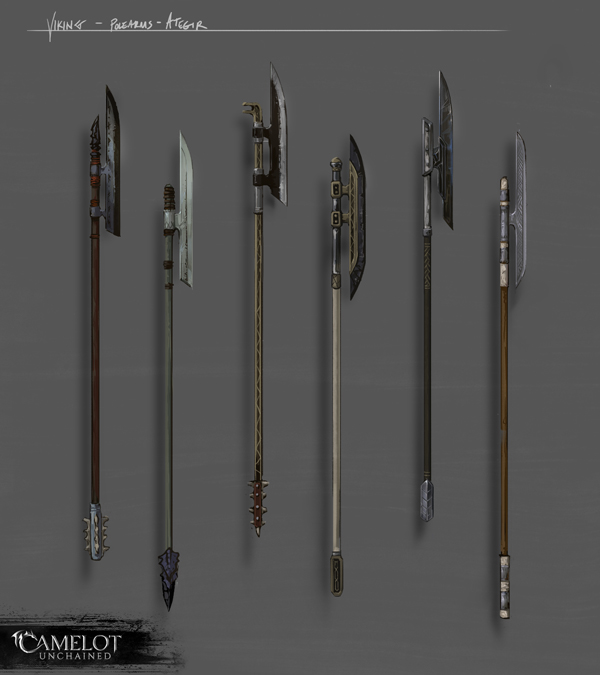 Like all polearms, you can do multiple types of damage with these formidable weapons. Now, here are some spears. 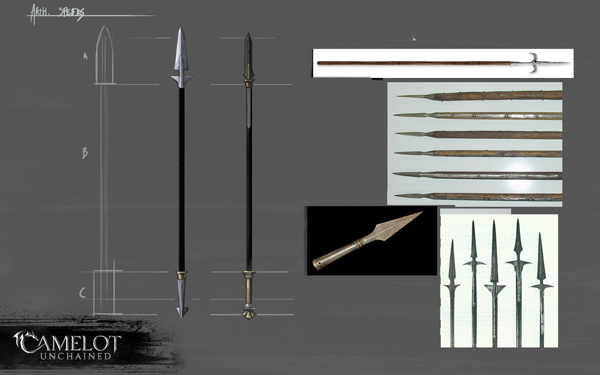 Let’s go from concept art to some actual spears. 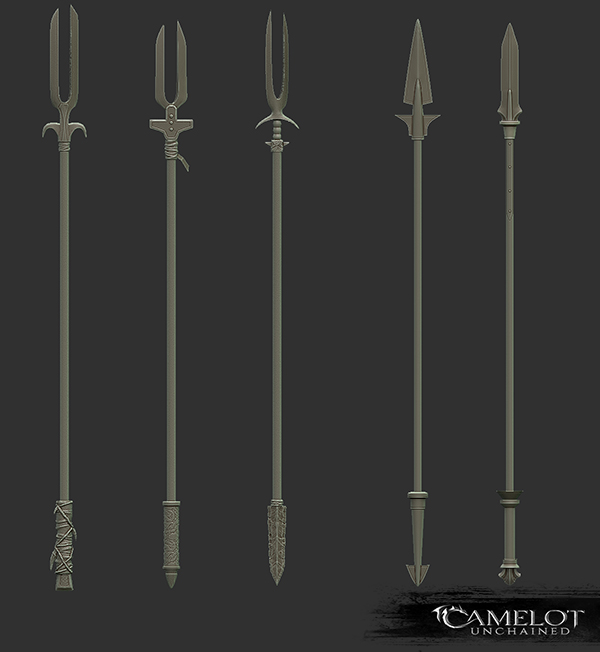 I’ll resist the urge to make a very bad joke here. I’m sure you get the point. 🙂

Now, let’s move even further down the development pipeline to in-weapons with materials. Here’s something a bit cold, an ice-sword.

Not to be outdone, here’s an epic sword from the Tuatha De Dannan.

And since men/women can’t live by weapons alone, here are some more C.U.B.E. shots of the one and only, Necromaniak. 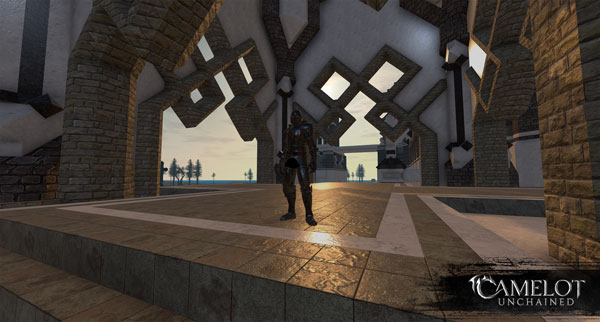 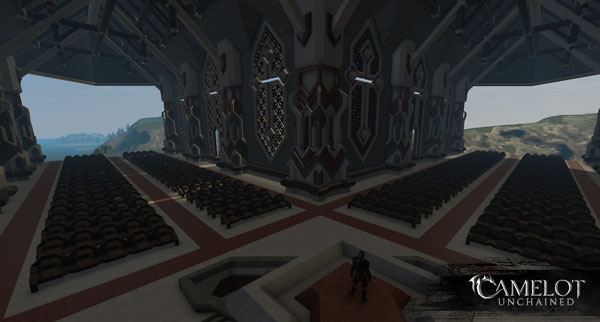 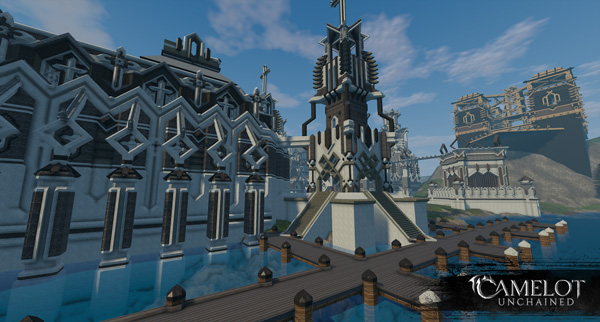 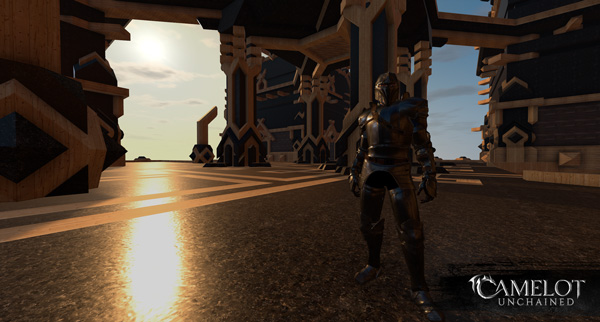 And now, let’s turn to something fun from our resident cartoonist, concept artist, animator and Mother of Bearded Dragons, Sandra. 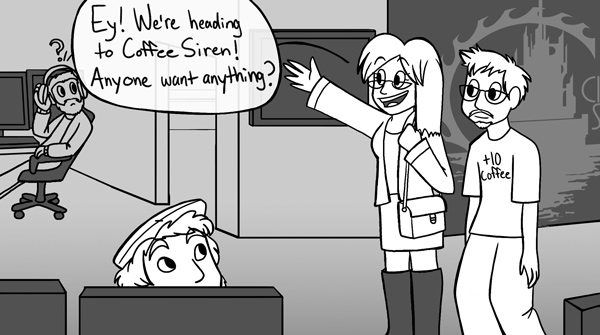 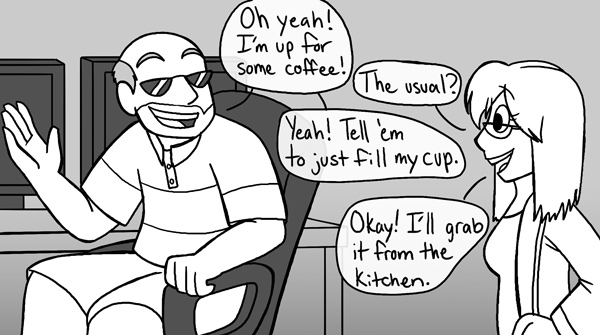 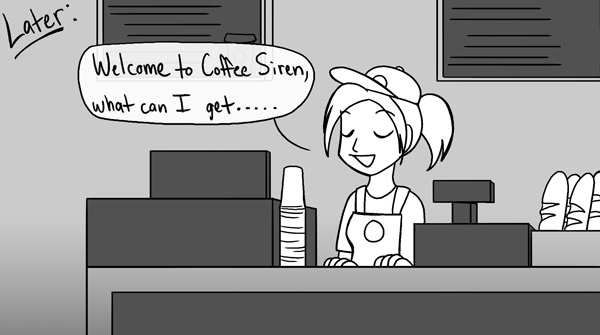 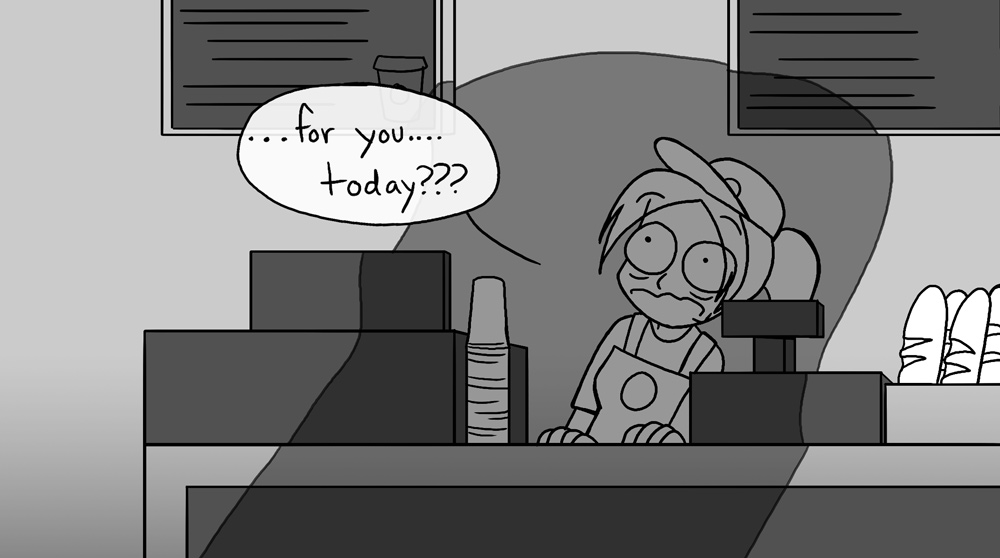 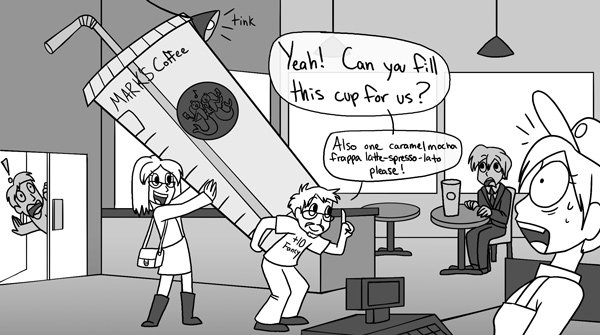 Sadly, that comic speaks to truth, at least before I started cutting back on the caffeine. OTOH, I do have a large Starbucks cup on my desk along with two other ones from different sources. 🙂

I’ll leave you tonight with another in-game screenshot, this time from the multi-server tech area and it is, of course, the source of the title of this update (along with a famous old song). 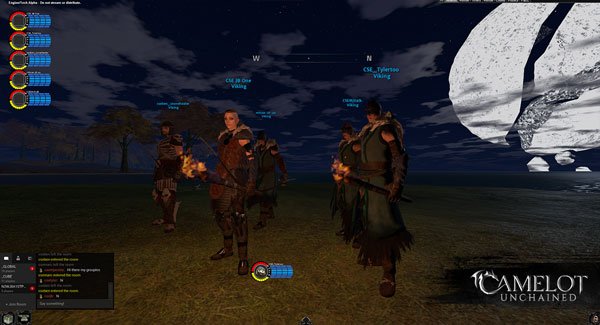 This weekend’s test will be a combined ability + stability test for our Alpha and IT Backers. We had hoped to test the group system, but it is still not quite finished. So, if you are an Alpha and/or IT backer, Wyrmling Prep is now open this weekend. The major changes in this version are a lot of bug fixes and lots of new abilities. Next week we’ll have our first mass test of our grouping system and even more abilities for you folks to test/break! Remember, this system is still the older system (sorry for continuing to mention this) without new VFX, ability animations, etc. You can let us know how things went here -( ).

I wish all of our Backers a great weekend and hopefully I’ll see you in the game this weekend.