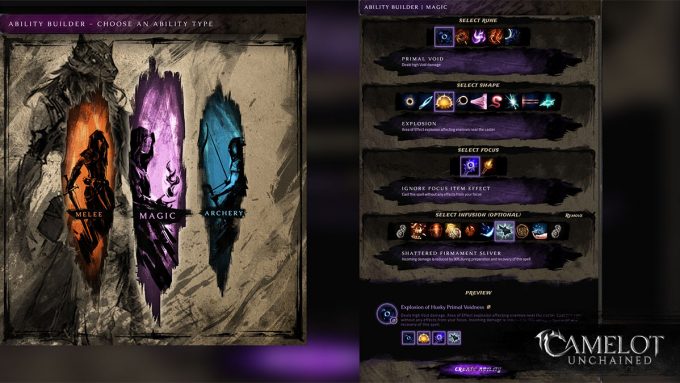 During last week’s livestream, Mark mentioned how we were “set up for a very interesting few weeks to come.” Well we’ve certainly begun to deliver on that statement this week, with a whole host of exciting new features in the works! Check out our Top Tenish list of a whopping seventeen items for more details!

In addition, in today’s stream, Ben and JB presented the work we’ve been doing on the game’s ability builder, as well as the mage classes! If you missed that stream, you can catch it HERE. It’s a very interesting stream, especially if you’re into mages; but for everyone who will be playing CU, the ability builder will be a big part of your experience, allowing you to play your class the way you want to play it!

Also, as promised, we’ve been doing quite a bit of testing this week on a much sleeker version of our Siege of Cherry Keep with lots of performance improvements! I personally (Tyler) still can’t fathom the number of siege engines, NPCs, and FX going off during this siege. It’s simply mind-boggling how far we’ve come from a handful of trebuchets attacking a small keep to what we’re testing now!

Here’s the details for this weekend’s test:

For the rest of the aforementioned cool new things we’re working on, let’s jump into our Top Tenish!

If you missed the mage presentation or would like to further peruse the images we showed in the stream (linked above), here you go! We start off with the ability builder UI. 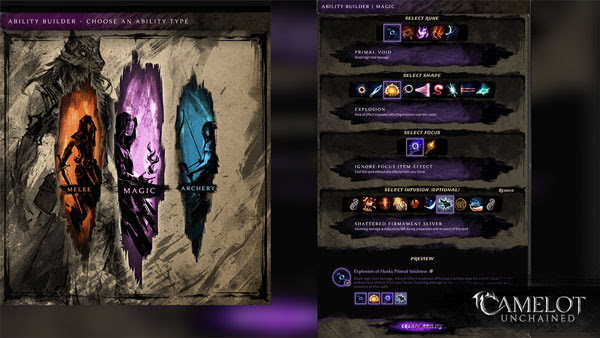 Next, we’ve got images breaking down the components for the three mage classes. First, the Arthurian Flame Warden. 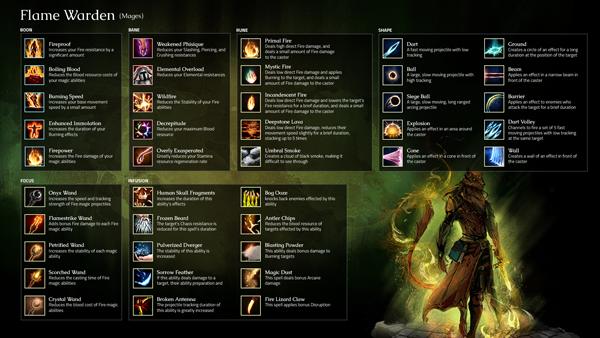 And the TDD Druid. 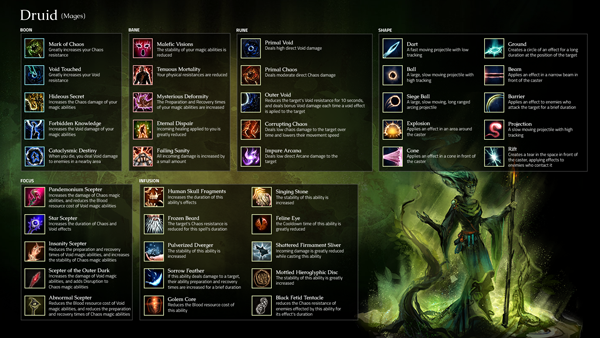 And last and certainly not least, the Viking Wave Weaver. 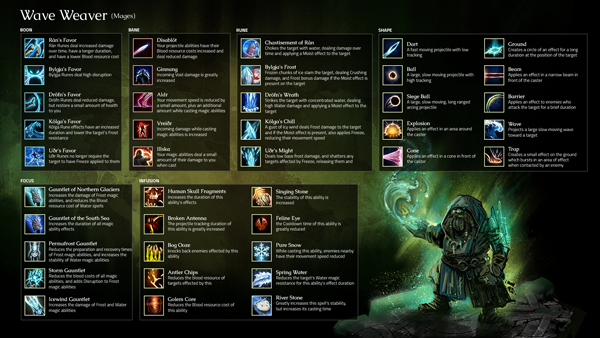 Last week, we showed off our initial concepts for the “corpse chuckers,” which you can see HERE. We’ve further refined these, and have chosen our final three to begin working on.

Dionne has started the modeling work using our existing trebuchet models as a base. Here, we have progress on both the TDD and Viking models. 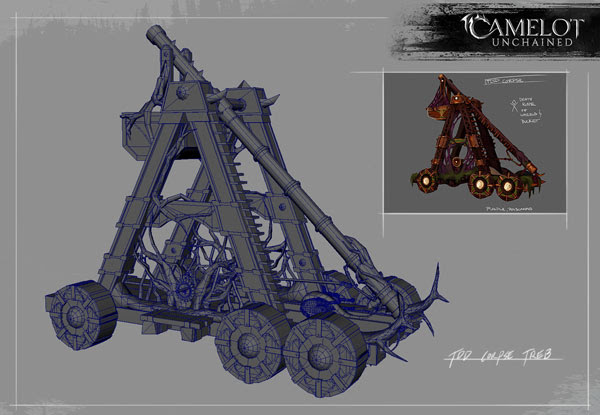 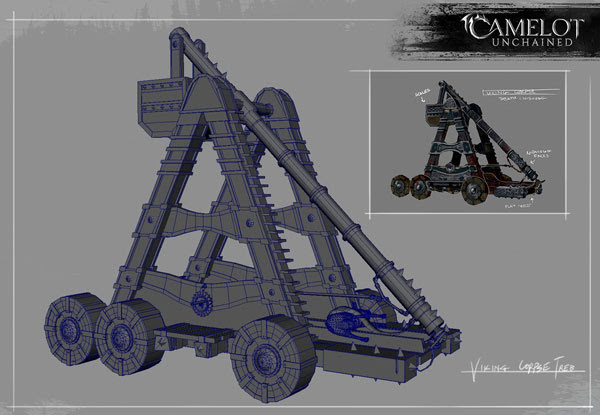 If you look closely, you can see we had to widen these a bit to fit the “ammo” sitting in the sling.

The next siege engine we’ve begun concepting is the battering ram. Here we have some concepts for each Realm. On the left-hand side are four Arthurian concepts, and then on the top right, Viking, and bottom right, TDD. 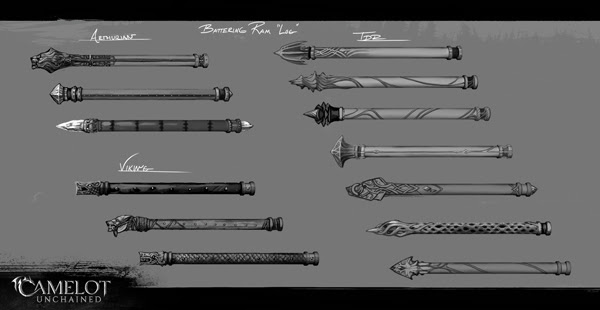 And that’s the end of this week’s update! I’m pretty excited about the doors, which are cool on their own and add lots of gameplay, but I’m even more focused on how the supporting tech opens us up to more animated objects that have collision. Also, for all you old school DAoC fans, I’m sure seeing us working on battering rams brings back some good memories. Exciting stuff coming down the pipe!

Once again, we are having a test this weekend, and will have a follow-up email with more information. We hope to CU there!