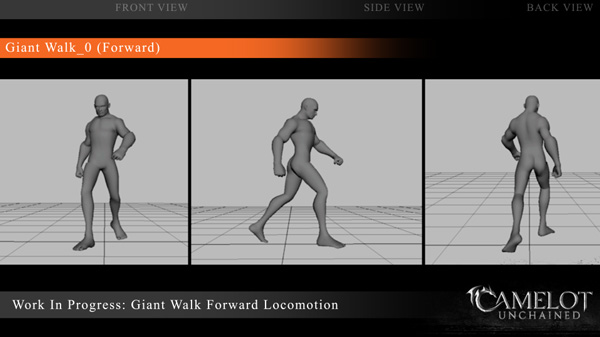 We’ve got a giant-themed update today, chock-full of tasty bits of what we’re working on in the form of the Top Tenish, a few pieces of art from our talented team, some animation tests from Scott, and even info on a test this weekend! Let’s get started, shall we?

If you missed today’s livestream update with Mark, which you can find HERE, you’ll note he mentioned the small amount of work we did that let us change our local character’s scale. This allowed us to walk around in game to determine a good test size for giants. Also, it was just plain fun to do. Click the image below for a few seconds of me walking around at 5x scale with Anthony’s not-even-knee-high Luchorpán chasing after me. Also note the size of those siege engines I walk by! I’m also so big the default camera can’t back up enough to see my own head! 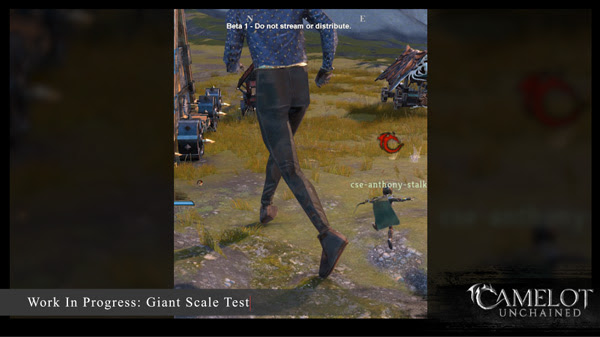 To further qualify this, keep in mind this is just a human character with the animations rate scaled along with the size increase. I’m also at a lower LOD (Less detailed model) as I had to back the camera out so far. However, this was a quick and very fun test we were all giggling over. Check below for a WIP animation from Scott as he works out a basic walk for the giants.

We are planning on a test this weekend. Here’s the basic info. We’ll have another follow-up email for those applicable Backers with more info. As always, pay attention to our tentative testing schedule to keep up-to-date with our testing.

Let’s move into the rest of the week’s highlights in the form of our Top Tenish list!

For art this week, we start off with the aforementioned WIP movement animation from Scott. He literally started on this today to begin getting some character in the movements. Once we get a larger giant model, we can give it to Scott and see if it still feels good. Right now, this animation is just using a test “body.” 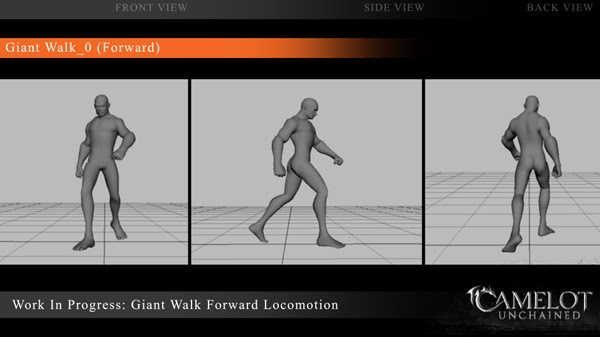 Next up, we have renders of various new pieces of armor. The materials on it are not final, and were only for checking out the model during review. As mentioned in the Top Tenish, these items won’t go into the game immediately until we get the tinting support needed to define the default materials. 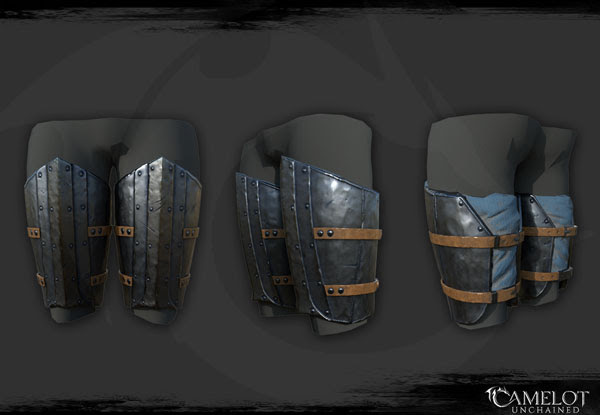 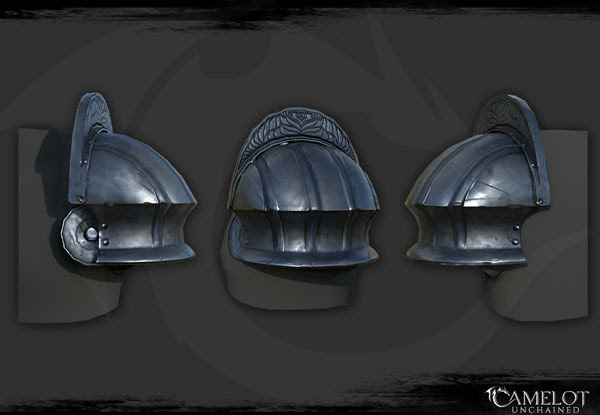 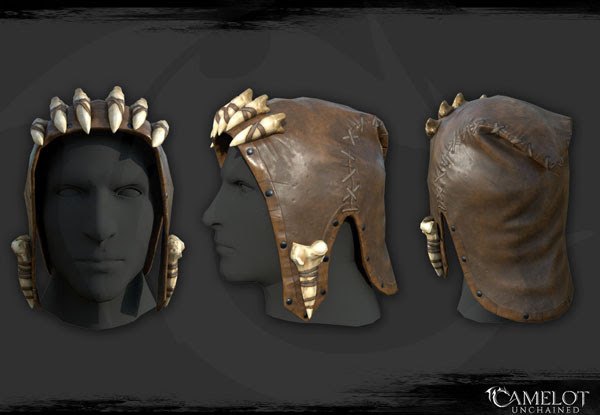 Next up, we have some continued concept art of Draugar NPCs. This one was one of Mark’s favorites. 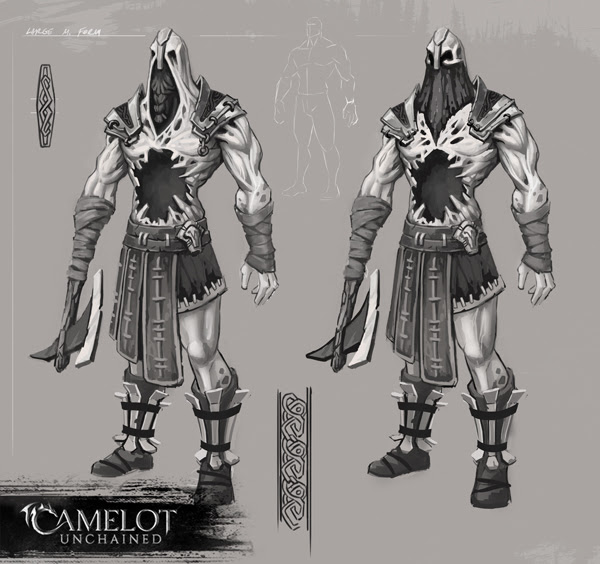 Concept for these guys has also continued to look at different body part variations we could do to add more variations without redoing an entire character from scratch. 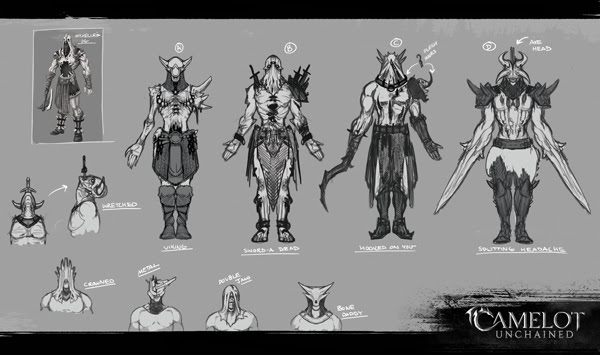 The fun part with these concepts has been trying to figure out how we’ll do these weapons as body parts. It took some mental gymnastics between Art, Tech, and Design to figure out how to do things as easily as possible. Work smart and hard!

Thank you so much to Inbredmule for sending us today’s pizza lunch! Extremely kind of you. We loved it!! 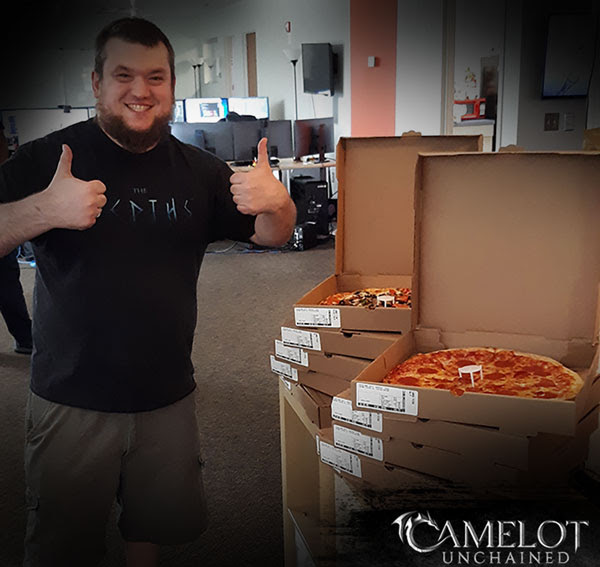 Okay everyone, that’s it for this week’s update. Thanks again for your patronage and enthusiasm. Again, we are planning to have a test this weekend. For those invited, there will be a follow up email with more info, as usual.