Today’s update has lots of goodness in it. First up is a new render of the St’Rm in a full and glorious animation test. Not finished by any means but this test shows you a wee bit more than we did the last time and that’s a very good thing. I hope you like what you see and I promise that if we can ever get one of her race to join us in our studio, we’ll hook her up to MoCap and do even better. 🙂

Secondly, it’s storytelling time here! For today’s tale, I’m happy to present a small piece of the origin story of the Dvergar (Dwarves). The tale was written by me, which means that it has some good ideas, some very mediocre writing and a bit of humor. Fortunately, and most importantly, it is accompanied by some awesome early concept art from Michelle and Sandra. In looking at our concepts for the Dvergar, please keep the following things in mind:

1) We are not looking for create “Generic Fantasy Dwarf V9999999” and we hope that the vast majority of you feel the same way.  Just like some of the other concept pieces we have released so far, our Dvergar harken back to their legendary roots but through the power of the Veilstorms, they are evolving into their own unique race. Different from most “traditional” dwarves, yes but I believe in a direction that fits the world of Camelot Unchained and the game we are creating.

2) The art is, as usual, in its most embryonic form so remember when the discussions/critiques begin.

3) Each piece of concept art is numbered. Please feel free to discuss this update on our forums and use the numbering system when referring to which ones you like, don’t like, etc.

4) I’m not a talented/great/good/etc. novelist or writer, etc., just a guy who likes to tell some stories. Like the concept art, this was a fairly quickly written and edited piece and nothing in it is final. It’s simply a “concept story” as it were and nothing more. It isn’t, dare I say it (dare, dare!), set in stone. 🙂

I hope you enjoy the St’Rm animations and the Dvergar concept and and art. For the tale, if you aren’t grabbing pitchforks and tar and feathers in protest of my writing, I’ll consider that a win. 🙂

That’s it for today!

The Becoming™: The Tale of the Dvergar (Dwarves)

The Piercing of the Veil unleashed the power of the Veilstorms to inexorably alter life on our planet. While the raw power of the Veilstorms wreaked terrible devastation, it also combined with humanity’s vivid imagination to bring forth a torrent of new flora and fauna to our world. Additionally, it also transformed many of the world’s relatively few surviving inhabitants into everything from walking nightmares to impossibly heroic and legendary beings. As a result, many of the player races of Camelot Unchained began their existence eons ago as something different and evolved/changed over time into what they are today. This change is known as “The Becoming” and the Dvergar or as they are more commonly referred to, Dwarves, are a perfect example of how the interplay between power, dreams and survival brought a legendary race to life, albeit in a rather unique way.

Before the Piercing, there were no Dvergar. While it is true that some of humanity toiled away in mines as they always had done, the Dvergar were just another mythological race whose story evolved and changed over the centuries. When the Veilstorms first descended on the world, many people were trapped in labyrinthine mines in which they worked while many others sought shelter from the storms fury deep within mountain caverns and/or underground. While most of those who fled to such places died for a variety of reasons, some isolated pockets of humanity survived within them. However, while the mines did provide shelter from the worst effects of the storms, the power of the storms still found its way even into the deepest reaches of the world. Over the centuries the humans who sought refuge in these places adapted to not just survive but to prosper in ways that they would have hereto thought unimaginable, unconsciously using the power of the Veilstorms to aid that survival.

The Becoming brought about evolutionary changes to the survivors in much the same way that changes occurred in what used to be referred to as “the natural world” but at a much faster pace. Each generation of humans found them changing both physically and mentally and these changes were passed on to their offspring who then in turn, passed on their changes to their descendants. These changes were driven not only by the need to adapt to survive in the new world but some of these changes were also driven by the stories and lore remembered from the old world. Additionally, the survivors felt grateful for the earth that saved them, which then created a feedback loop in which not only the survivors were changed but also the mountains, mines, etc. that nurtured and protected them from storms that ravaged the earth’s surface. These places evolved along with their inhabitants, creating an underground world that is as different from its previous appearance as the Dvergar are from their fully human ancestors. Forget boring and cold mines and/or lifeless caverns but instead imagine an underground world where life is now expressed in a myriad of creatures and sights that truly have to be seen to be believed. Remember, this is a fantasy world and magic, well, it can allow creatures to live that would otherwise have no chance for survival in the “real world” or in a world dominated by the physical laws we understand today. Life in the caverns of the Dvergar may be driven by magical forces but that doesn’t make it any less real. OTOH, it does make it a lot more interesting.

As the centuries passed the Dvergar became more content in their “inner world” and lost interest in the changes that were also taking place in the “outer world” beyond their caverns. The exits and pathways long forgotten, to the Devergar the outer world became just as much of a place out of legends as the Devergar were to humanity prior to the piercing. As the Dvergar’s bodies, minds and abilities became more suited to living in their world, the desire to live or even explore elsewhere greatly diminished. That is until a young female Dvergr decided to defy the “Ascended” (the leaders of her Node) and set forth to find her way to the outer world. While her story is quite a tale itself, for now it can be best summed up by the way her tale ended. Using her abilities to transform and absorb solid rock she broke through the last barrier to the outer world. Immediately, she felt the rush of hot water and sunlight on her face as the earth opened up and she found herself interrupting a group of Vikings as they bathed in an outdoor hot spring. Needless to say, it was a rather eye-opening experience for both she and the bathers. It is said that the startled screams of both parties are still echoing through the caverns of the inner world and the lands of the Vikings alike.

Thus ends the first tale of the Becoming and the Dvergar. 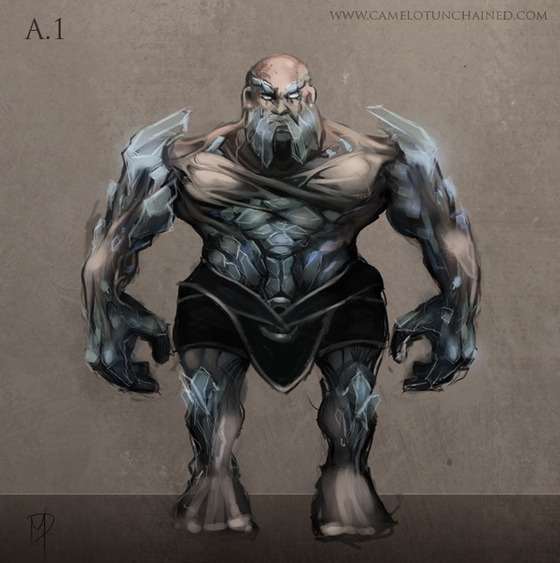 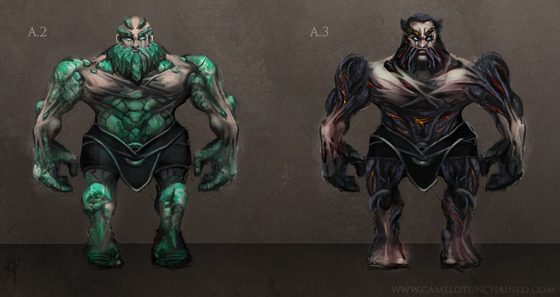 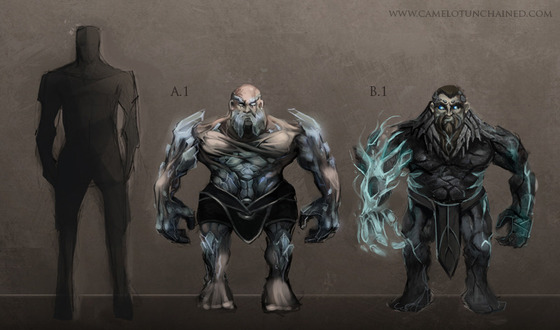 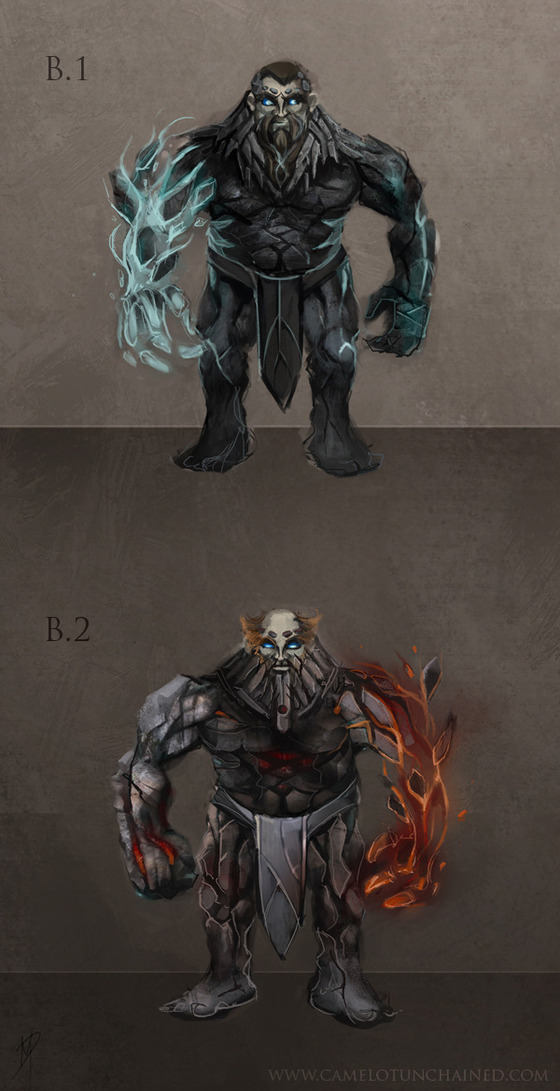 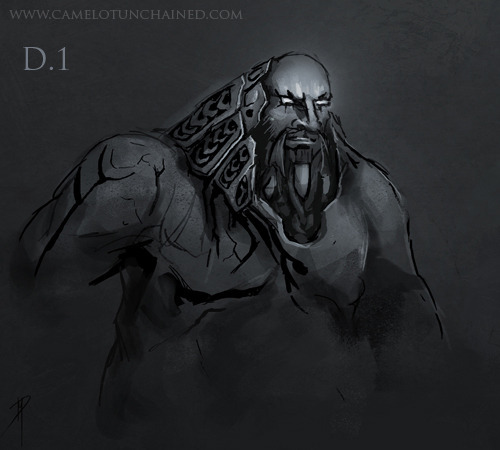