Happy Monday all! While Monday is not most people’s favorite day of the week, I’ll try to make it just a little bit better with today’s update. We got a bunch of things to cover so away we go…

First, over the last two weeks we made three offers to people to join our team on a full-time basis. Fortunately for us, all three of them have accepted and they will be starting with us in the first half of August. Once they do, we will have a full-time producer (who also is a very skilled and experienced environmental artist, double-duty FTW!), a gameplay engineer (who also honorably served in our country’s armed forces for eight years, including two tours in Iraq) as well as surprise hire of a community manager (we weren’t even looking yet). All of these people fit in well with my belief in giving people opportunities not based solely on their previous experience in a role but rather their potential to grow into a role. That approach usually worked out quite well back at “old” Mythic Entertainment and I am confident that these people also have that potential. For those doubters among you, remember that when Mythic Entertainment went into development on Dark Age of Camelot nobody on that core development team had ever worked on an MMORPG nor even a game with a $1M+ budget. Hopefully we can have the same success with these and other future team members as we did more than a decade ago. Once they start work here I’ll do a proper introduction but I think the Camelot Unchained Community will like them as much as we at CSE do.

Next up is our first stab at a product road map. Once we have the producer onboard we will get a lot fancier with this but for now we want to start each cycle (1-2 weeks at the start, one month or more after that) with an update about what is going on in the studio and what are major goals are for the cycle. John Smedley’s crew did a great job with Planetside 2’s roadmap and we will definitely be drawing on it for inspiration. Keep in mind that as usual, this schedule will change as necessary and there will be times where we won’t want to talk about what we are working on. For this week, our goals are:

We also have a number of other interviews for team members and I’m continuing to talk to a number of potential hardware/software partners.

Next on today’s list is a SmackHammer progress report and UI work. SmackHammer worked very well last week and over the weekend with improved performance in terms of memory usage and the new networking code. It’s not perfect yet but it’s working pretty well considering the limited amount of time we put into it. Late last week we made some tremendous strides with our UI/web integration. As part of today’s mass of screenshots I’ve included a shot that shows the integration of an IRC channel on the main screen.

Finally, it’s time for my favorite part of any update, new concept art. This week it is the Hamadryads and, as usual, our team did a fine job. This week though we had a special guest star as Mike Milano (our modeler) lent a hand in the process. Like most of the other concepts, I asked our team to let their minds wander but with some very different instructions this time. First, I told them to think of the Hamadryads in a different way than is usually seen for this type of creature. Secondly, I told them to study both Guild War 2’s Sylvari and the Dark Age of Camelot’s Sylvan and make sure that our Hamadryads weren’t clones, or even close to, those races. Also, the artists were tasked with incorporating many different elements into their concepts, including insects. What they did with those instructions is, in my opinion, quite interesting. Each of the pieces includes a reference to the thing(s) that they used as inspiration for the piece. We also have two “tail studies” as well since we hope to give the Hamadryads a tail attack along with other unique abilities. Oh, and before anyone says “You gave female Hamadryads high-heeled feet!” please note that when I saw those concepts I said the exact same thing to the artists and Michelle just looked at me and said “High heels are pretty. They also make them more eleganter!” and Sandra nodded in agreement. I bow to their artistic vision and note to that some of the males also have unusual feet. As usual, this is early concept work and there are even more pieces that will go up on our website. I hope you enjoy the Hamadryads!

That’s it for this week’s scheduled update. 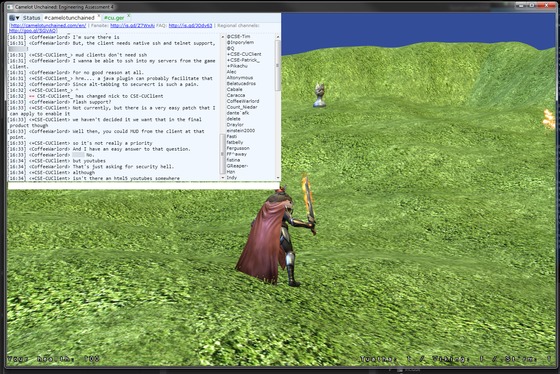 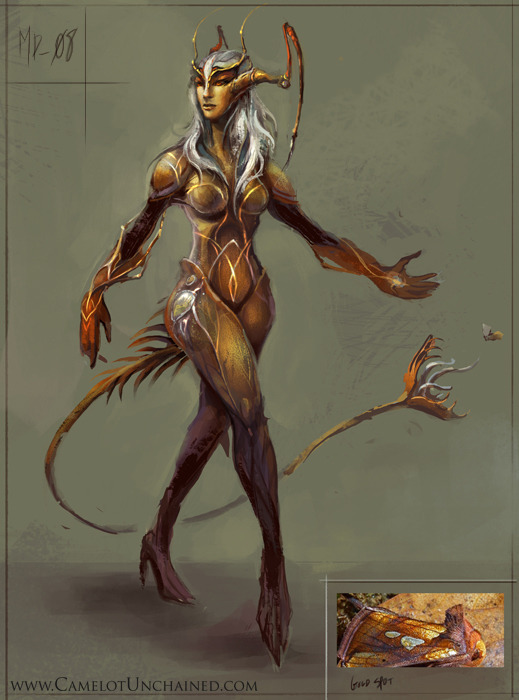 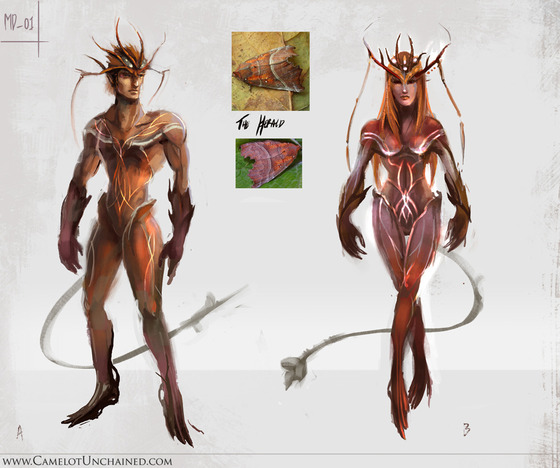 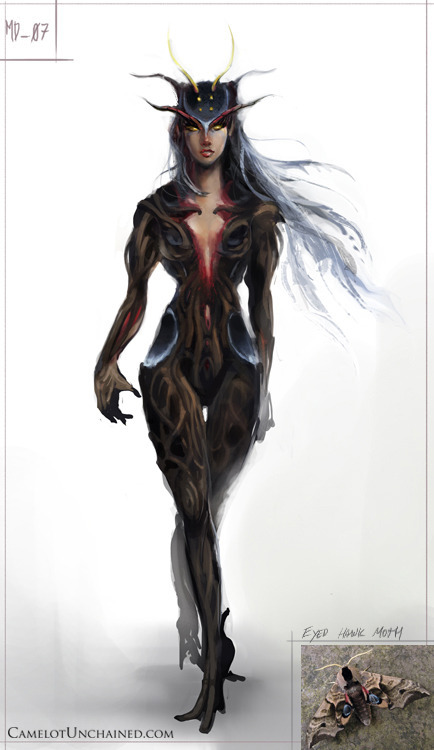 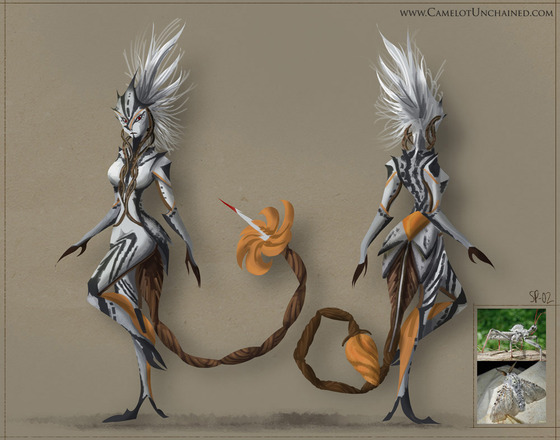 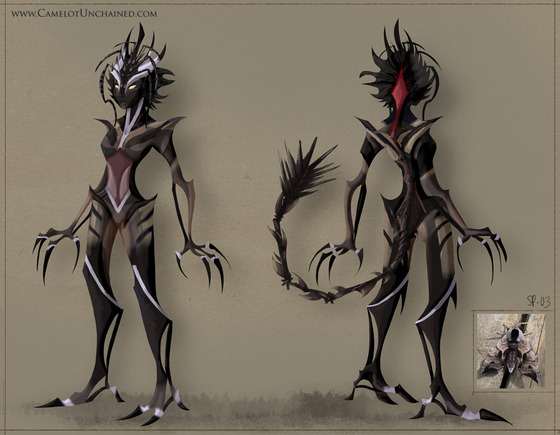 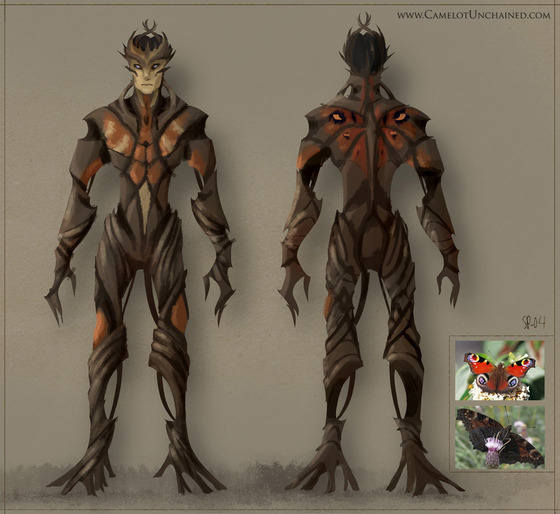 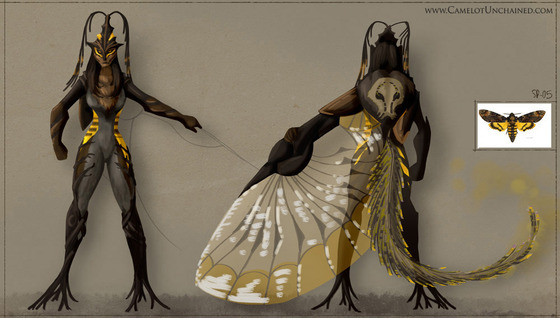 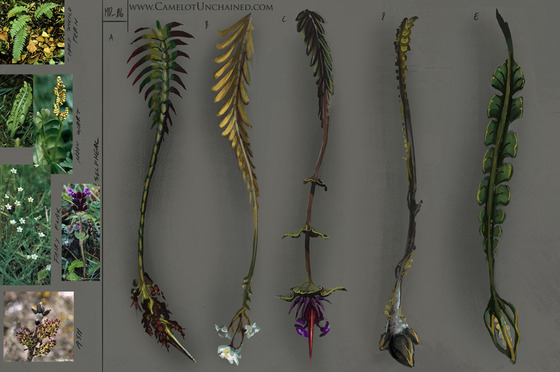 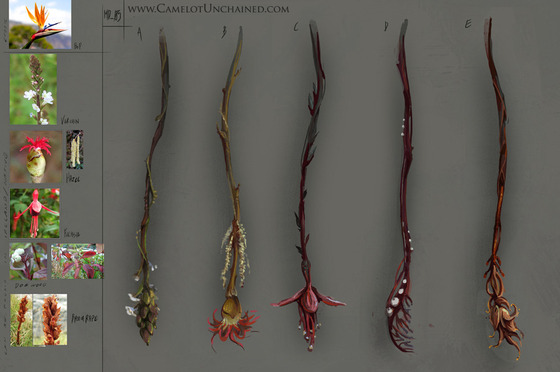