Hey Hey Hey! It’s time for a big update from your friends at City State Entertainment. Today’s update will talk about some hiring news, lots of new and awesome early concept work, a lengthy Becoming™ piece and an update on Smackhammer. So come on in, sit a spell, take your plate off and y’all listen up, y’hear!

First, Smackhammer performed very nicely over the weekend. No crashes or major hiccups on the server side and we’re currently looking at some of the very few and scattered crash reports on the client side. Andrew should have the next version of it ready to go in the next 48 hours (with the new network code) so we’re definitely off to a good start. We are also starting work on a patching system that will also be used for Camelot Unchained. As per many other aspects of SH, doing things in this manner will allow us to “build the foundation” for a lot of technical aspects of Camelot Unchained before we even have our first internal test for the MMORPG.

Secondly, it looks like we have our first new hire since the closing of the Kickstarter. We’ll be making a more formal introduction once he signs the paperwork but we now have a producer for Camelot Unchained on board. He also happens to be a very experienced and talented environmental artist (we love people who can multi-task) and he’s currently being fitted for his personal two-hander that he will use to keep us all in line as we Camelot Unchained works its way out of pre-production. We think he’s a really good fit for the studio and we think you’ll like him as well.

Third, today’s content update will be focused on the Tuatha Dé Danann. Attached to the update are lots and lots of early concept art for their homeland. As I said last week, I asked our artists to come up with some interesting concepts for the forests of the TDD and that’s exactly what they did. These concepts run the gamut from the slightly different to a BSC idea of theirs for a rather novel (but grounded in nature) city defense mechanism. As always, this is early concept art but I hope you will enjoy it. BTW, these are only a sampling of what they came up with, there are lots more in the pipeline.

Finally, today’s origin story covers some of the lands of the Tuatha Dé Danann, more information about the Veilstorms and one possible playable race, the Hamadryads. Hopefully later in the week we will have another update with some really cool Hamadryad concepts as well.

It has been said that “great storms announce themselves with a single breeze” and so it was with the piercing of the Veil. At first, the Veilstorms did not savage the world of Camelot Unchained but rather, the earliest whispers of power from them brought about slight alterations and changes to a very limited range of the world’s flora and fauna. Some people interpreted these changes as evil signs and portents of destruction while others simply ignored them. However, eventually these changes became so widespread and conspicuous that even the most skeptical and/or oblivious of human beings recognized that indeed, something they were indeed a harbinger of a coming apocalypse. In response, humanity reacted, as it always tends to do, in widely divergent ways. Some people panicked, new religions popped up, some people went to hide in mountains, others held parties, etc. One group, the subjects of this tale, left their homeland and set out to find the deepest, darkest and, they thought, safest part of a great forest and build a new life therein.

While this family had always been close and respectful of nature before the Veilstorms, they now took that to an entirely different level. They chose a spot near an old and majestic oak tree for their new home, carefully using only the wood from dead trees to build it. Their food came from what they could grow, gather and scavenge and they took a vow never to harm another living entity unless in self-defense or for survival (such as growing plants for food). As the world changed around them, their enclave remained virtually unchanged. Attributing their safety to their piety, devotion to nature and gratitude that they also believed that the great oak tree was also protecting them. Other people, hearing stories of this enclave, made the difficult journey to visit this family, seeking their advice, support and blessing. Of those that reached them, many stayed on to help build a settlement while others, who found their devotion to preserving life to be a bit too restrictive and harsh, went out into the forest to form their own enclaves. While the forest did offer some protection from the storms, unfortunately, the safety was only transitory.

As the intensity of the Veilstorms increased, even the family’s enclave began to suffer from their effects. Whether it was from the energy of the accompanying winds or the mutative powers of the storms, the great forest was eventually reduced to a mere grove of trees and then to the one great oak tree. With their forest being laid bare around them, the family and many of their followers held strong to their beliefs. And when the first of the “Malevolences” (a mutative, destructive storm that is accompanied by a “light show” of dark energies) hit, they didn’t hide within their buildings, instead they used their own bodies to shield the base of that one remaining oak tree. As the storm reached its zenith, they took the full brunt of its fury. As the storm surged around them, they sang, chanted and begged to be given the strength to protect this one last tree. Sadly though, their devotion was no match for the power of the Veilstorm. When the storm finally abated, all that was left was the trunk of a dead oak tree and no trace of the tree’s valiant defenders. That is at least, until one year later.

As terrible as the Veilstorms are one thing is true about them, they can be quite predictable. Whether due to an alignment of the stars, the earth’s rotation or some other unknown reason, one year after the first Malevolence, another one hit the same spot but this time, the effects were quite different. As the storm pounded the seemingly dead trunk, it is said that the trunk itself screamed, not in agony but in anger, one simple word, “enow.” Magical veins then began to appear on the trunk and the tree began to be regrown not of wood but of raw power. This new tree wasn’t harmed by the power of the storm; it was absorbed the storm’s fury. It was as if two powerful beings were battling for supremacy with one of them taking every blow that was delivered by its opponent and then coming back for more. Moreover, the tree channeled the storm’s power into new roots that emerged from the trunk even as the storm continued to lash the tree mercilessly. Fed by this monumental source of power, these roots began to spread through the former grove and beyond. When the storm finally exhausted itself, the scene in the enclave was quite different from what it had been hours before. Instead of a dead trunk, an even more magnificent tree stood in its stead. Not oak, not ash, nor any tree that had ever been seen on this planet before but rather the first of the “Great Protectors”, a tree that could absorb the power of the storms and redirect it elsewhere. Other trees, equal in number to those of the defenders that had tried to protect the oak tree one year earlier, surrounded it. With the grove restored, life began its slow return to the area.

Decades passed and this enclave became a place of worship as the story of the oak and of the heroic family spread across the land’s survivors. Additionally, the root system brought forth other Great Protectors throughout the forest and for a while, this enclave was quite serene and tranquil. That is, until one day when a youth went up to largest of the ring of surrounding trees, placed his left hand upon the tree and whispered something to the tree. When he did, power flowed through him into the tree and moments later, a being emerged. Neither human nor tree, neither insect nor animal, this being was one of those brave defenders, forever changed by the magic of the Veilstorms, the power of sacrifice and faith and the touch of the youth. In a former life the being was known as Hamadryas and she was the mother and leader of the first family. Bowing gratefully to the boy and with a knowing wink, she then touched every other tree in the grove and her family and the other defenders emerged, all greatly changed as well, from their long sleep. These beings became known as Hamadryads and they have never forgotten their vow to protect the forest and especially their own “birth tree” from harm. They also helped to build the bulwark that protected and nurtured the Tuatha Dé Danann. Hamadryas is respected by all the Tuatha Dé Danann for her leadership, bravery and devotion to her family both in her past life and current. It is said that she still walks the Stormlands looking for survivors and doing battle with the Stormwrought and any that would harm her family.

Thus ends the first tale of the Hamadryads.

As to the boy, well, one day he would pick up one of the three swords but his tale is for another day. 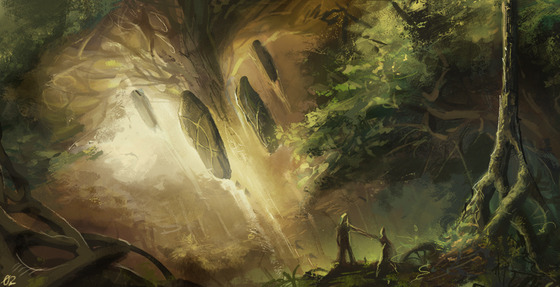 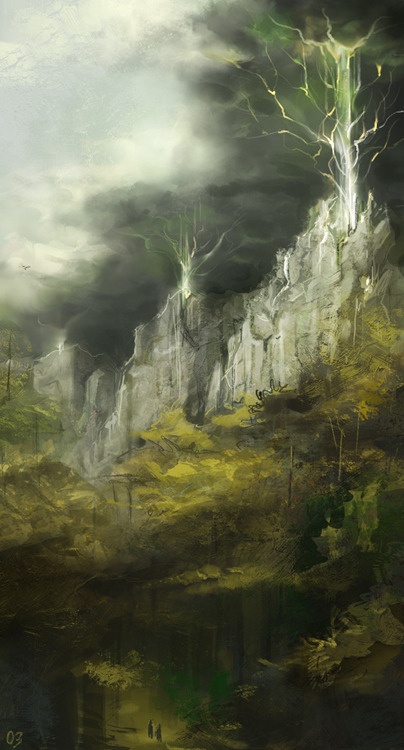 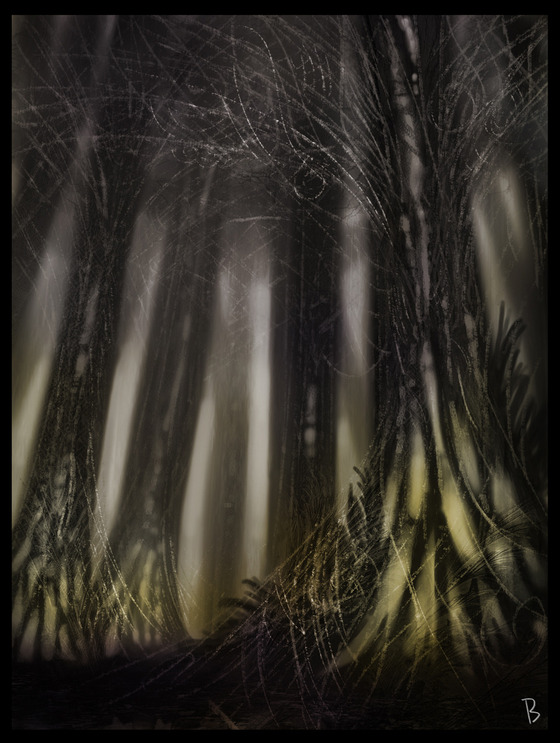 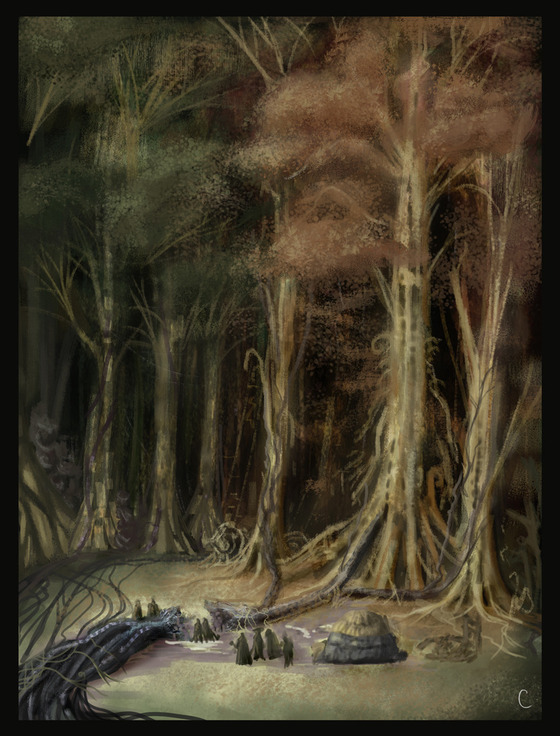 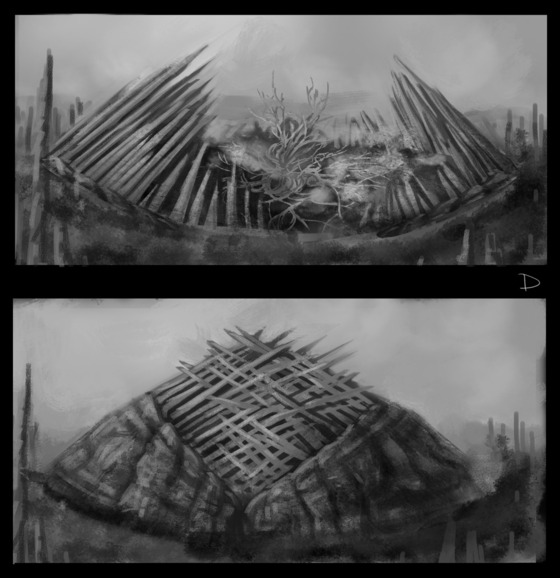 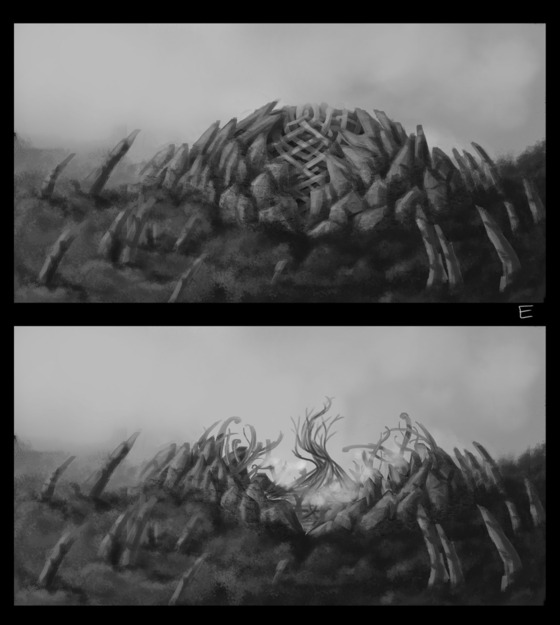 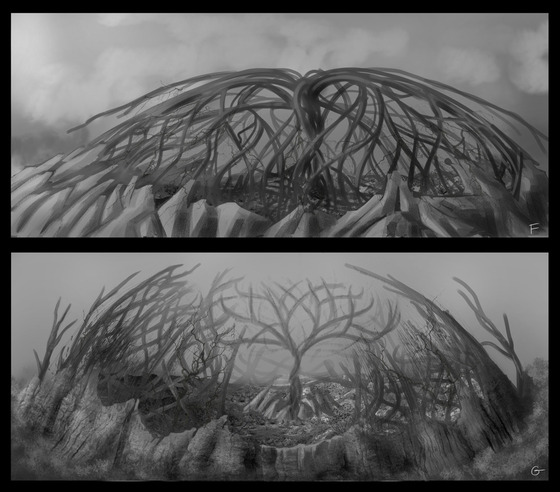 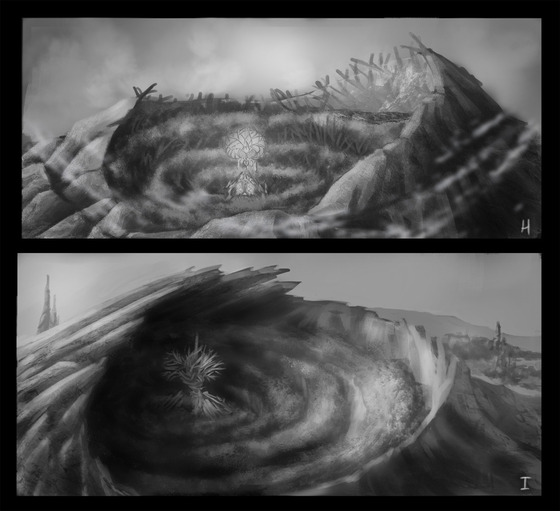