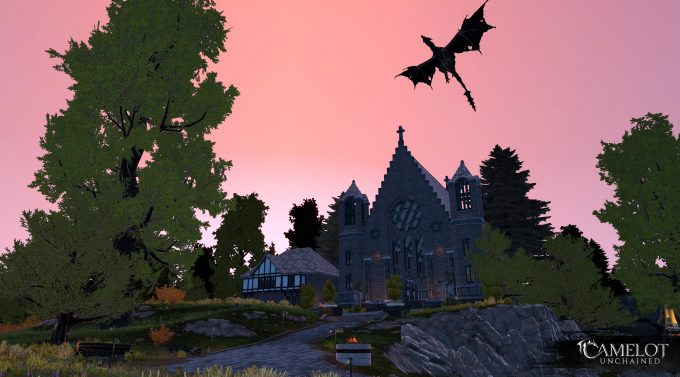 Art producer and clicker-of-livestream-captions Charlotte here, wishing everyone a very happy end of June and filling in for MJ on this month’s CU Top Tenish while he’s under the weather. While this means our normal end of month livestream will be a bit delayed, we certainly have plenty of updates to deliver in the meantime – from first implementation of features we’ve already mentioned, like flying NPCs, to the continued beautification of CU’s environments and weather, to shiny new gameplay scenarios coming down the pike, starting with bandit camps. Also new this month, the updated Arthurian home island will be available live in-game starting with the next playtest. You can check out screenshots of those beautification changes, plus progress on new CU races and biomes, down below.

It’s been a busy month across the board, and we hope you’re as excited to check out these new features as we are to share them. As always, you can read up on these updates in more detail in our newsletter, check out the new environment in-game soon, and, once MJ’s feeling better, chat with us in the next livestream.

First up, concept brings to the field expanded development for the Hamadryad race. Here you can see some of the art from the develoment process. Be sure to check out this month’s newsletter for expanded images and content on this naturally unique race. 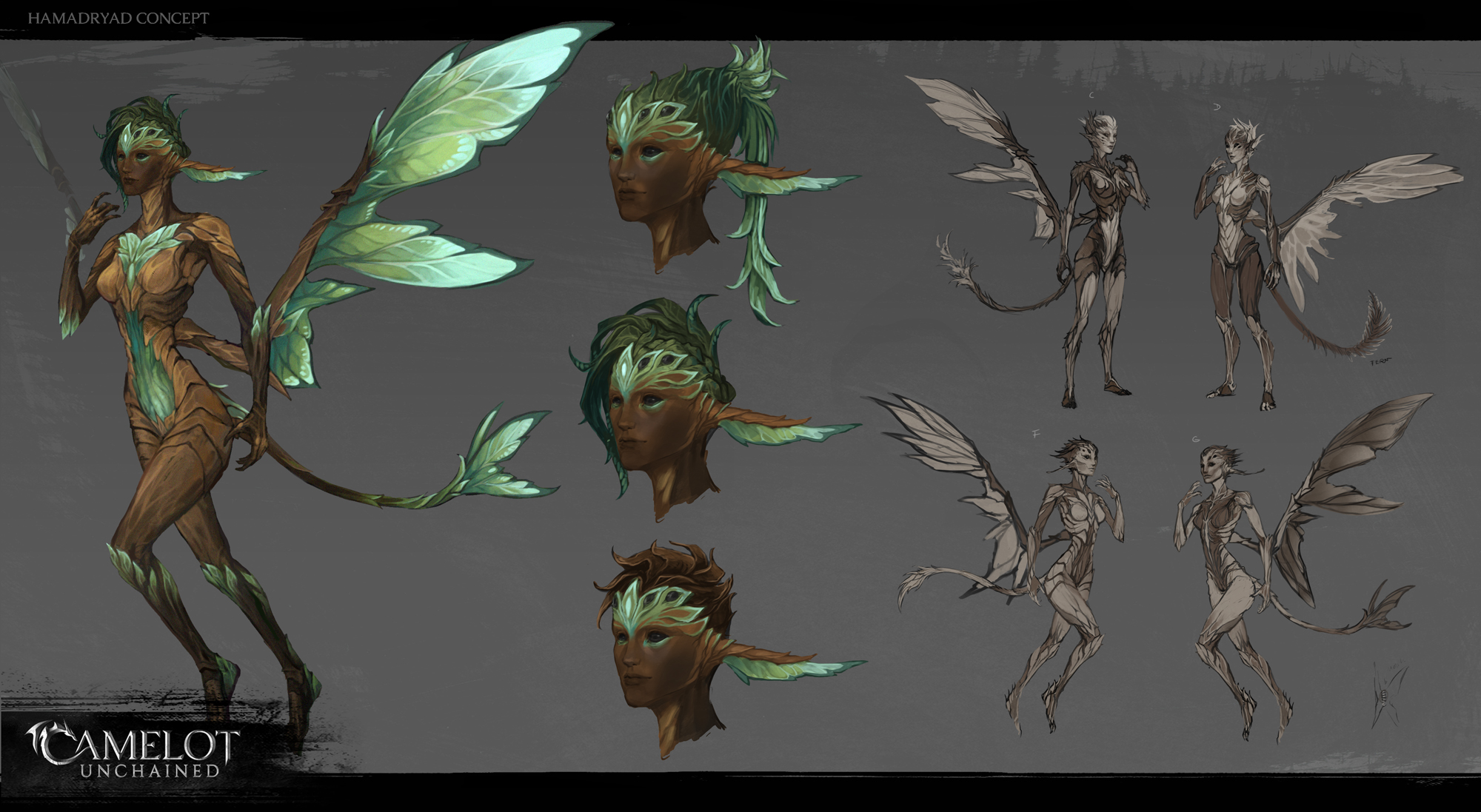 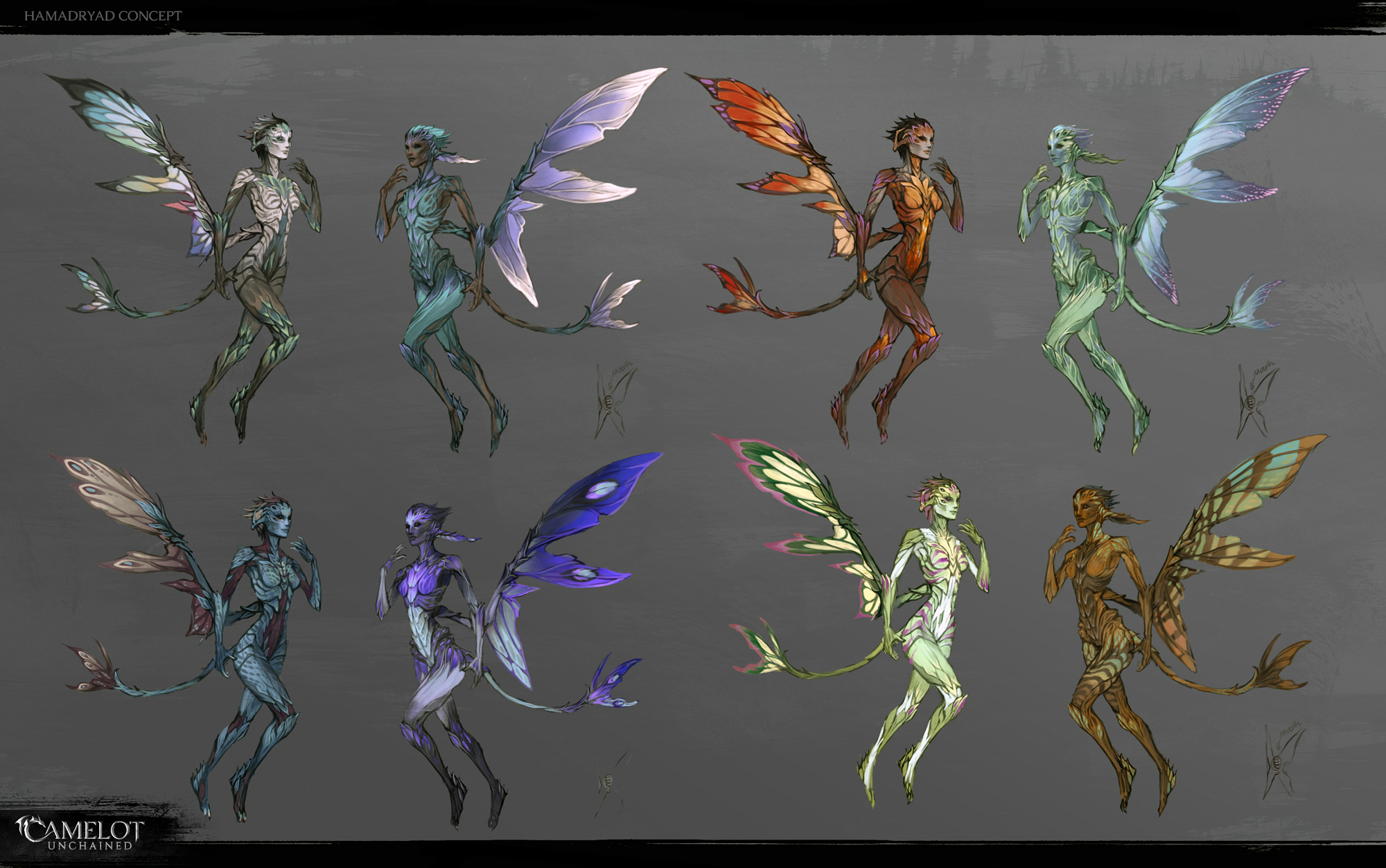 Switching up the mood below, we showcase finalized assets to be found in the gloomy Glade of Failed Heroes point of interest area. 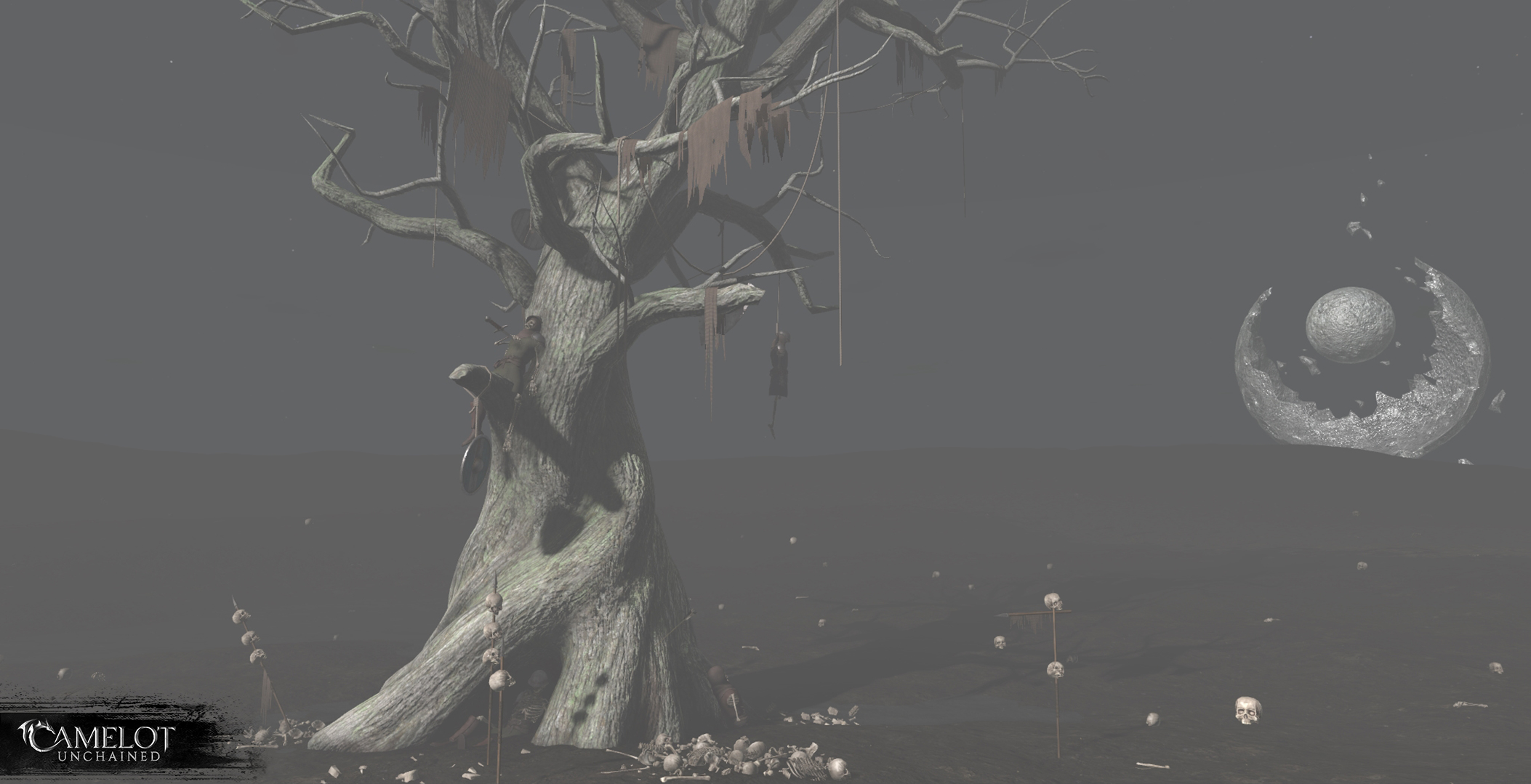 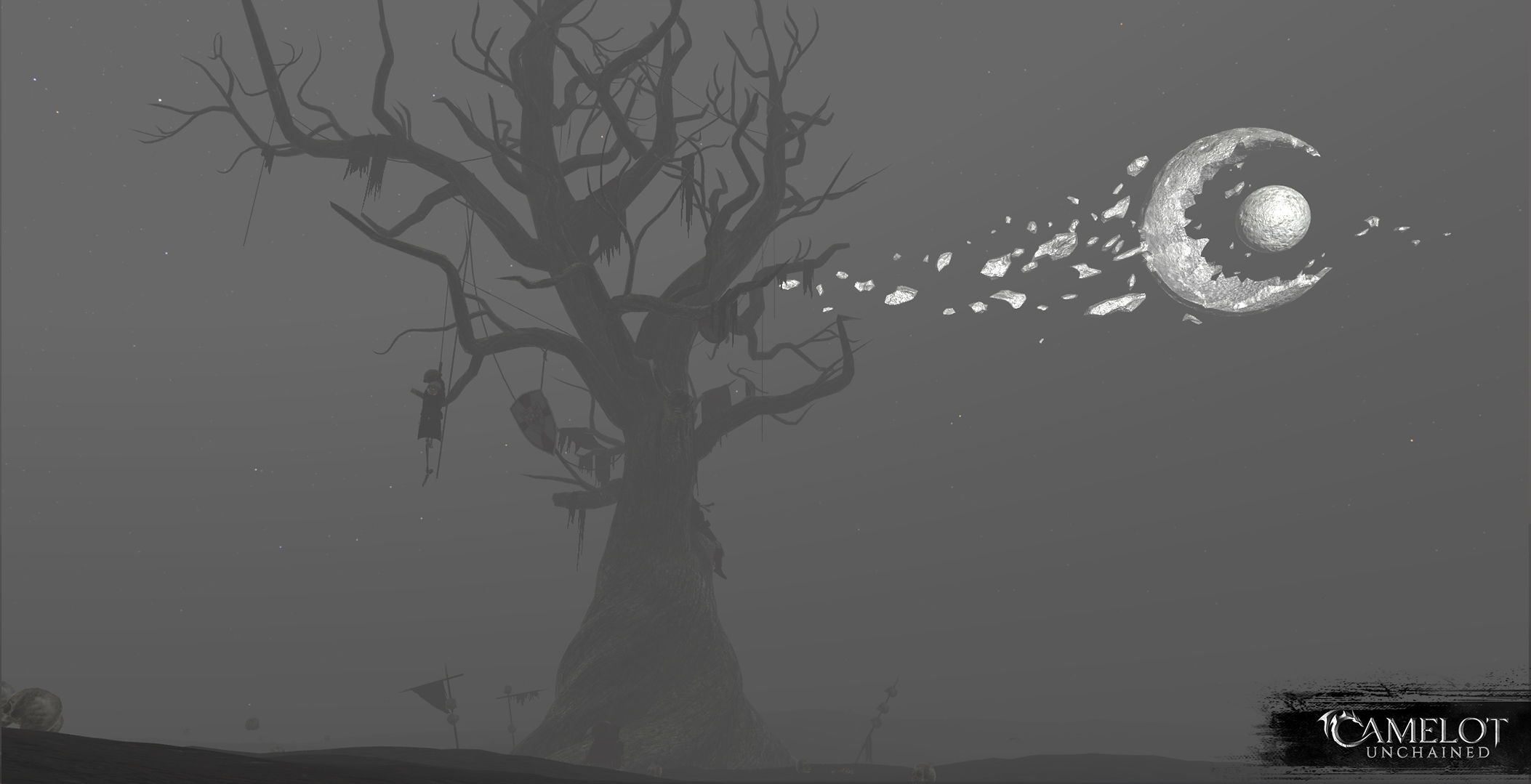 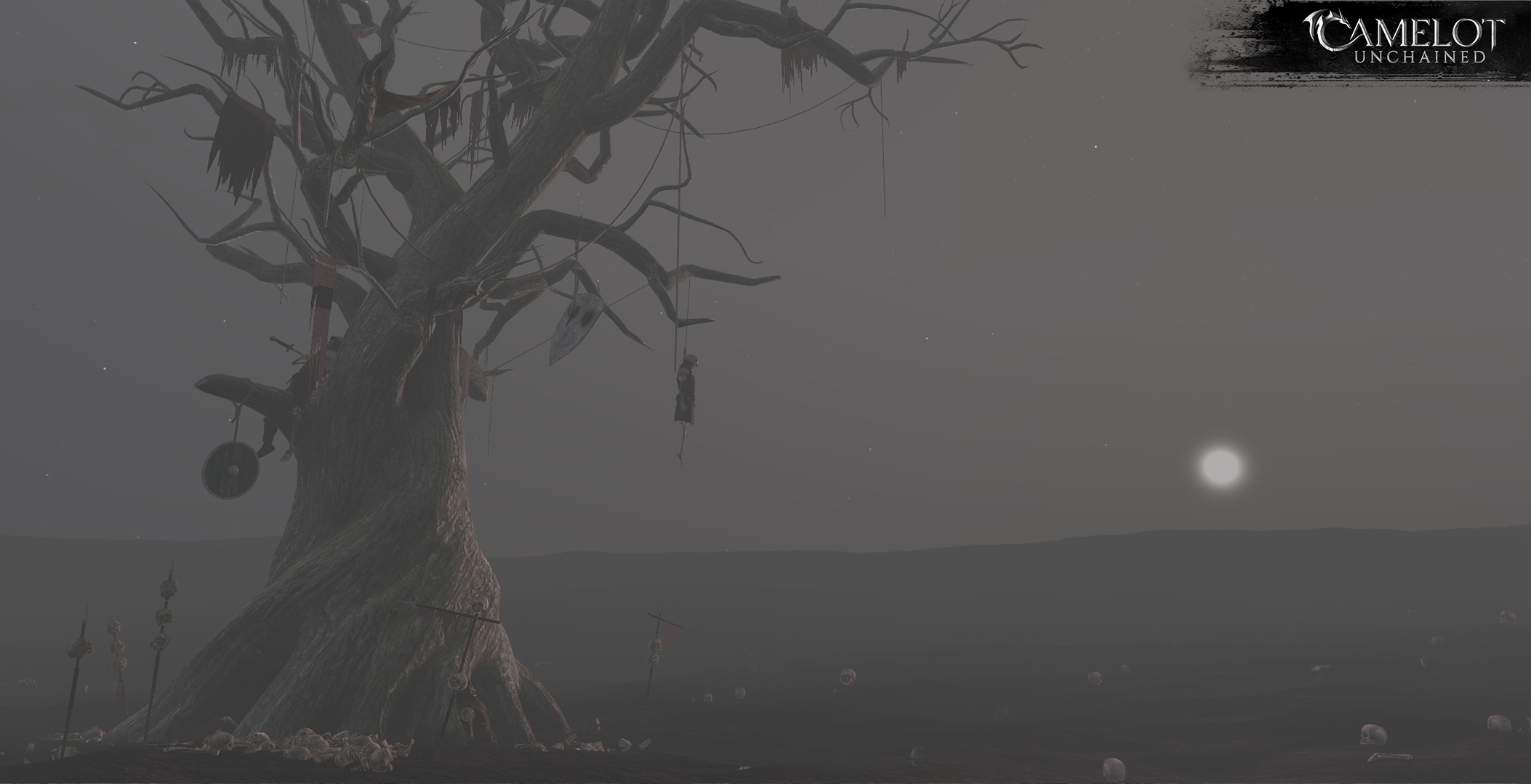 Over in the Arthurian home isle of Briton, upgrades are in! A far more bright and noble vibe abound thanks to newly-applied Golden Plains generation, as well as various terrain improvements and set dress additions. 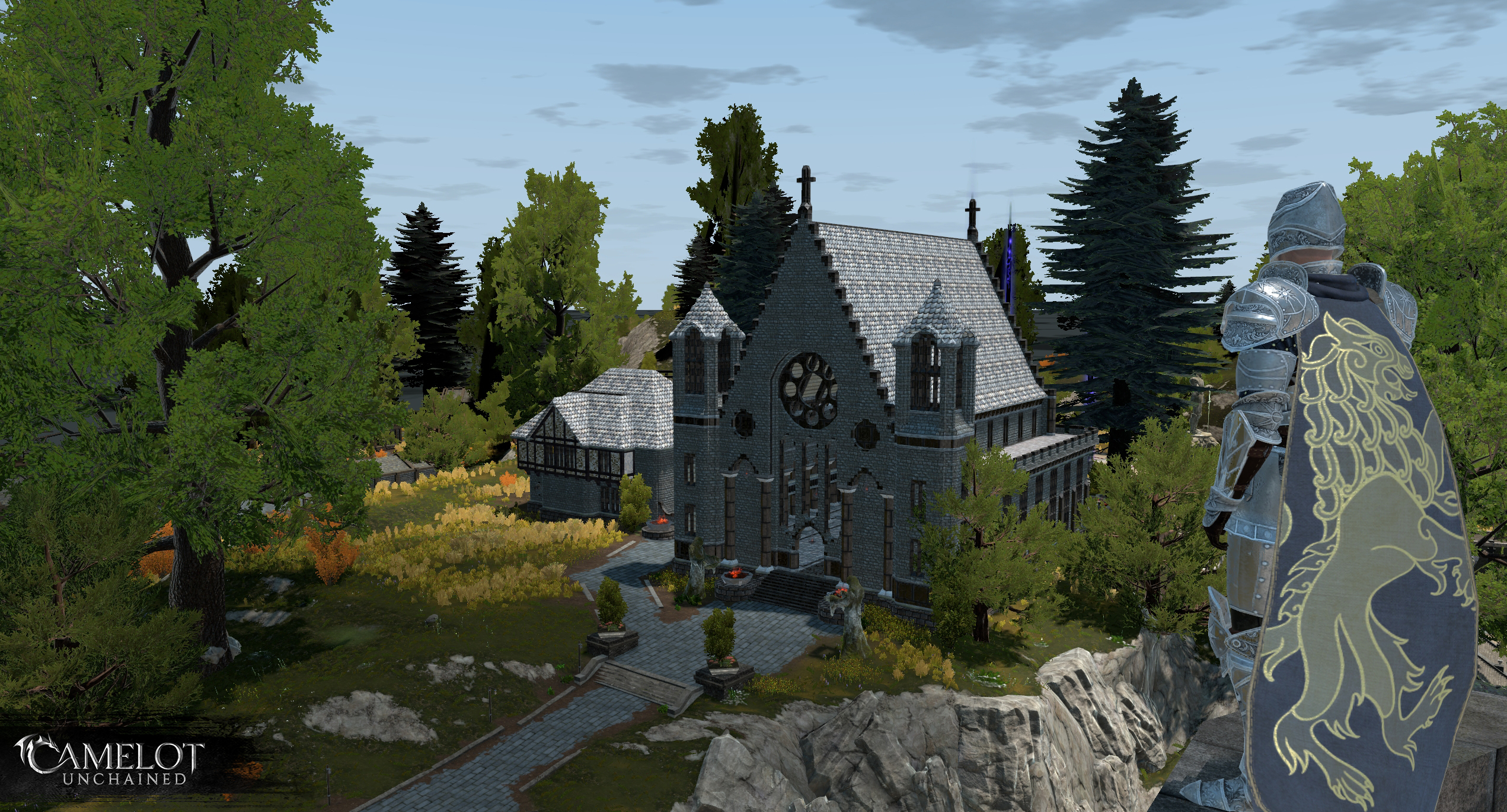 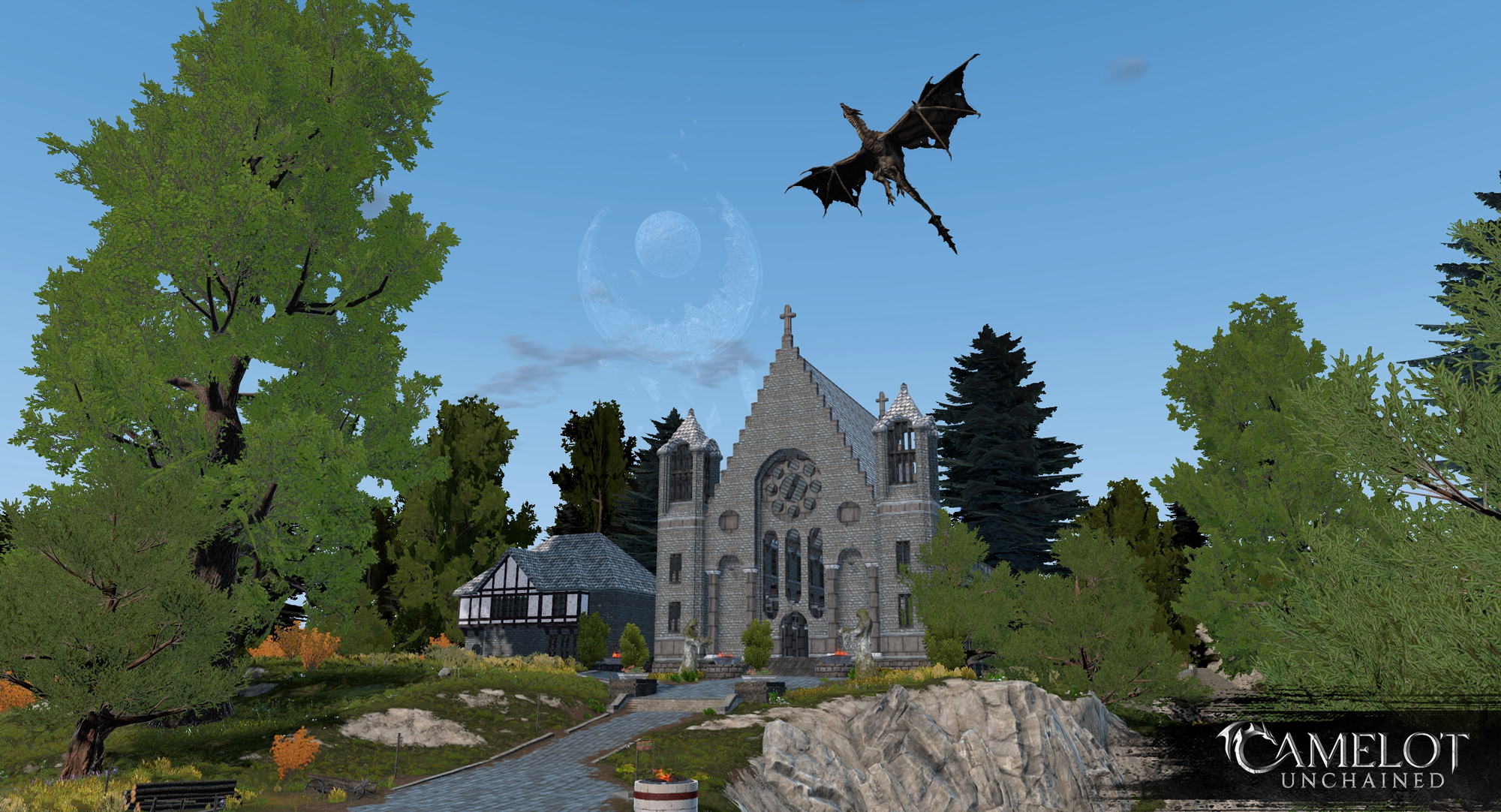 From a bird’s eye view we can see portal locations have stayed similar. The Portal to the Isle of Discordia has been moved down the road and biome concept realm portals, while their main location hasn’t changed, have been spaced out further to avoid reported teleport conflicts. 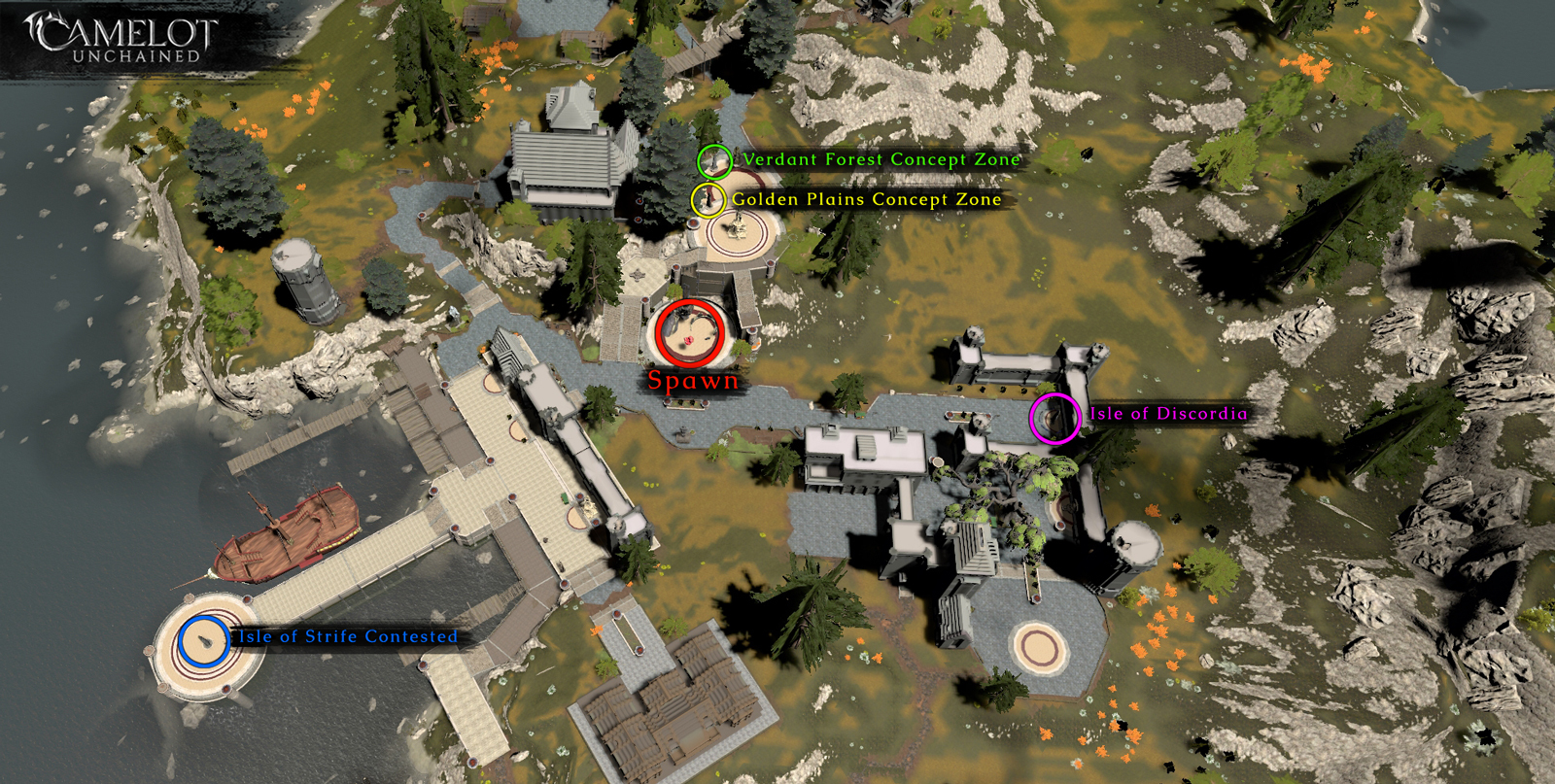 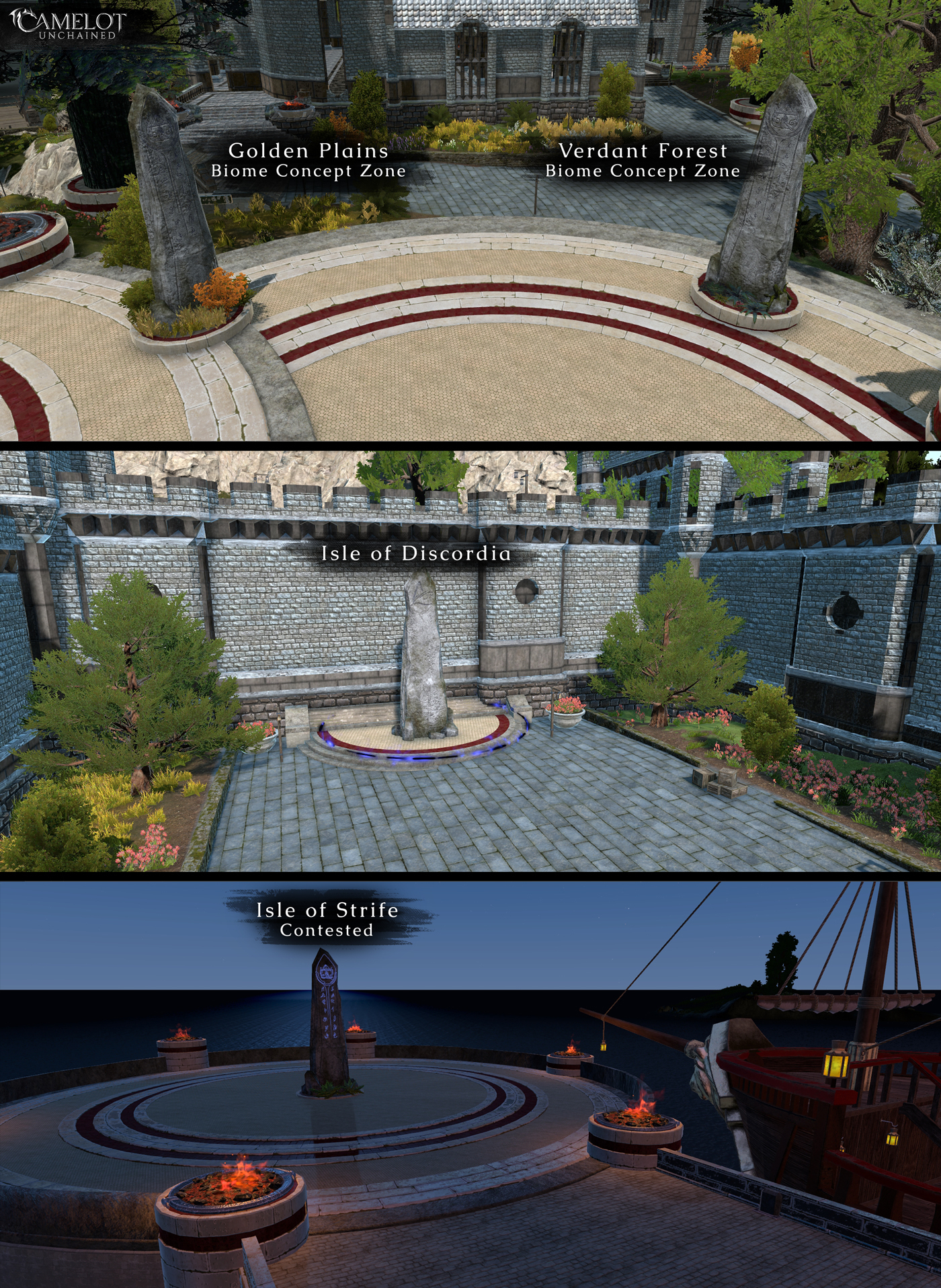 And of course, we won’t leave our Arthurian friends in the dark as night falls. Emitting lights have been added to lamp props including wall lamps, braziers and hanging lamps. 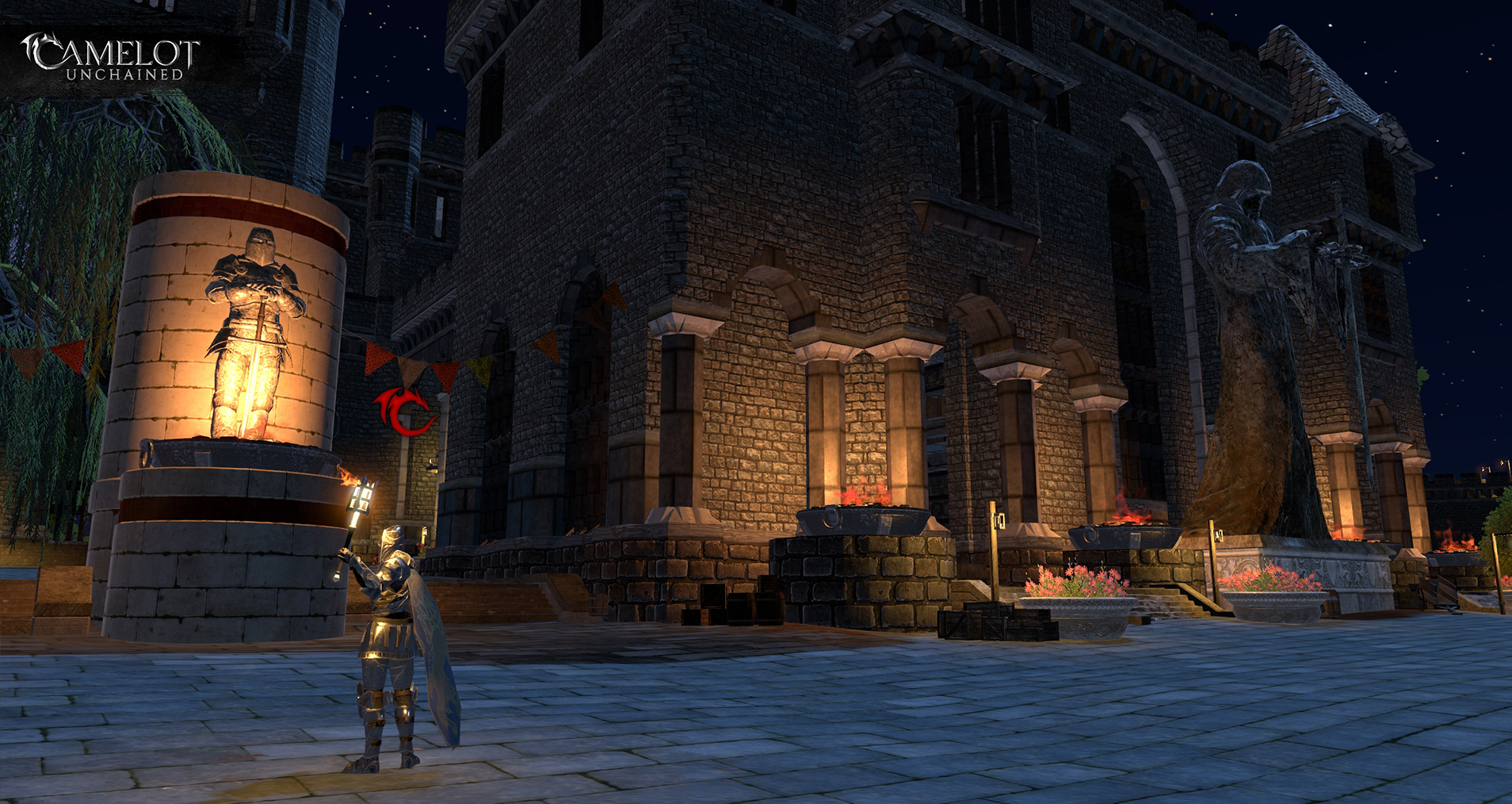 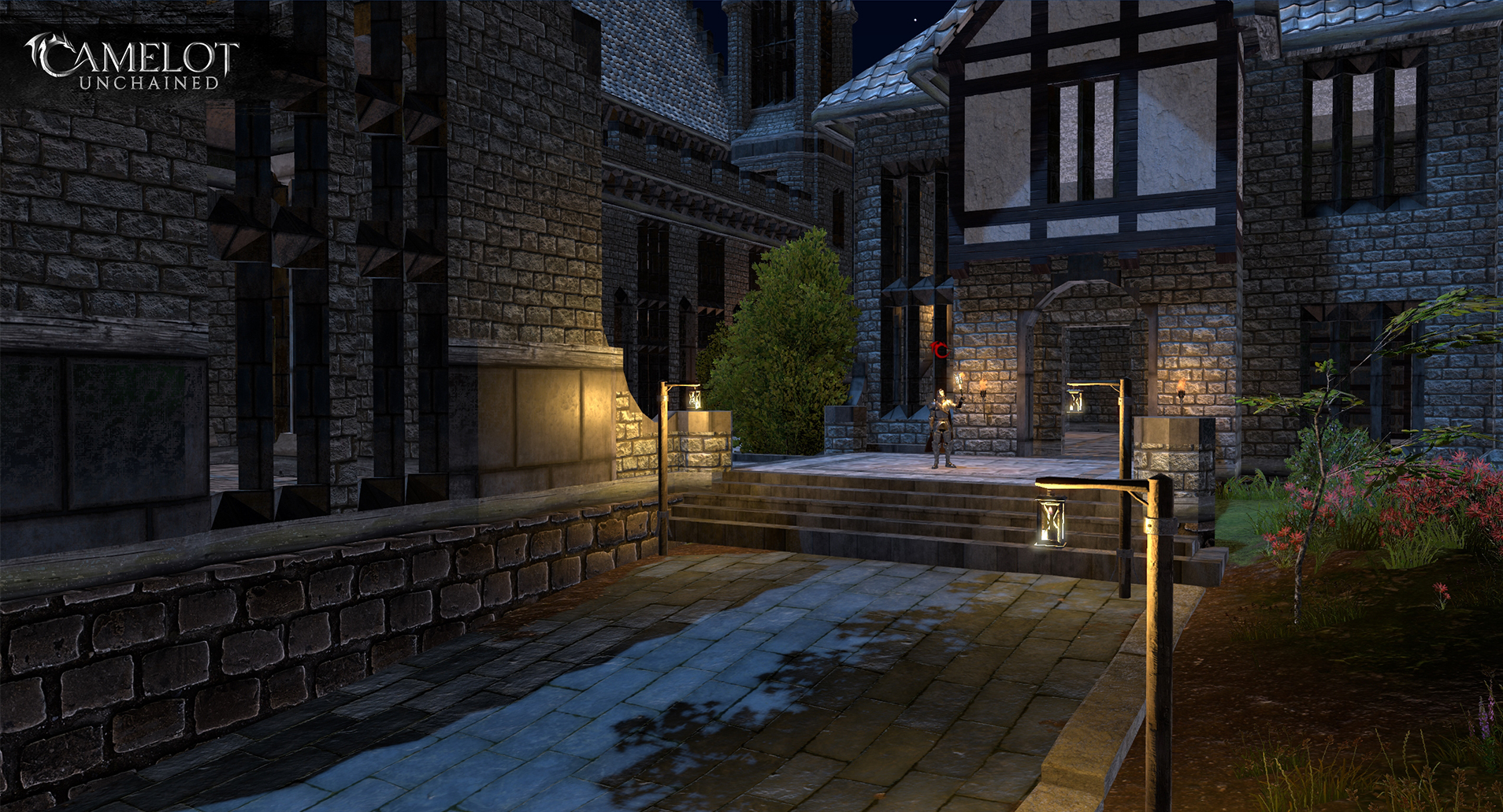 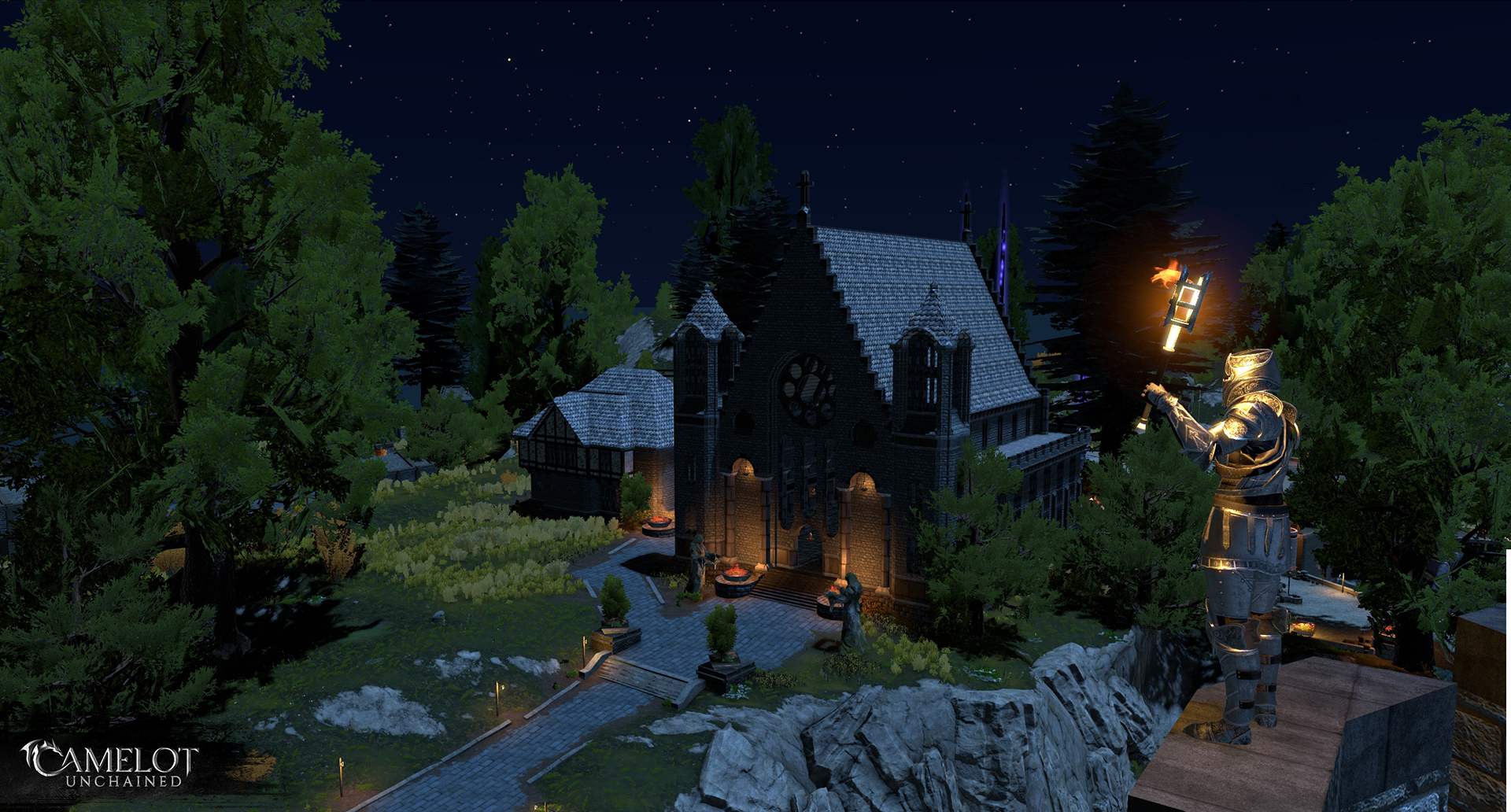 Among the various fixes in CU, Viking plot lamps will no longer give off a once quite intense flicker light show.

The Str’m race is getting closer to being fully hooked up. The animation and rigging team has added a nice touch to Str’m movement with tucking and unfolding of wings if in motion.

Progress continues on the weather system from the lords of tempests in engineering. Cooling off the heat of summer and wrapping up this month’s Top Tenish art drop, here a few shots from the progress.

That does it for this month’s Top Tenish updates. Thank you as always for your support, your patience, and your enthusiasm for the world of CU. Stay safe, and have a wonderful holiday weekend! 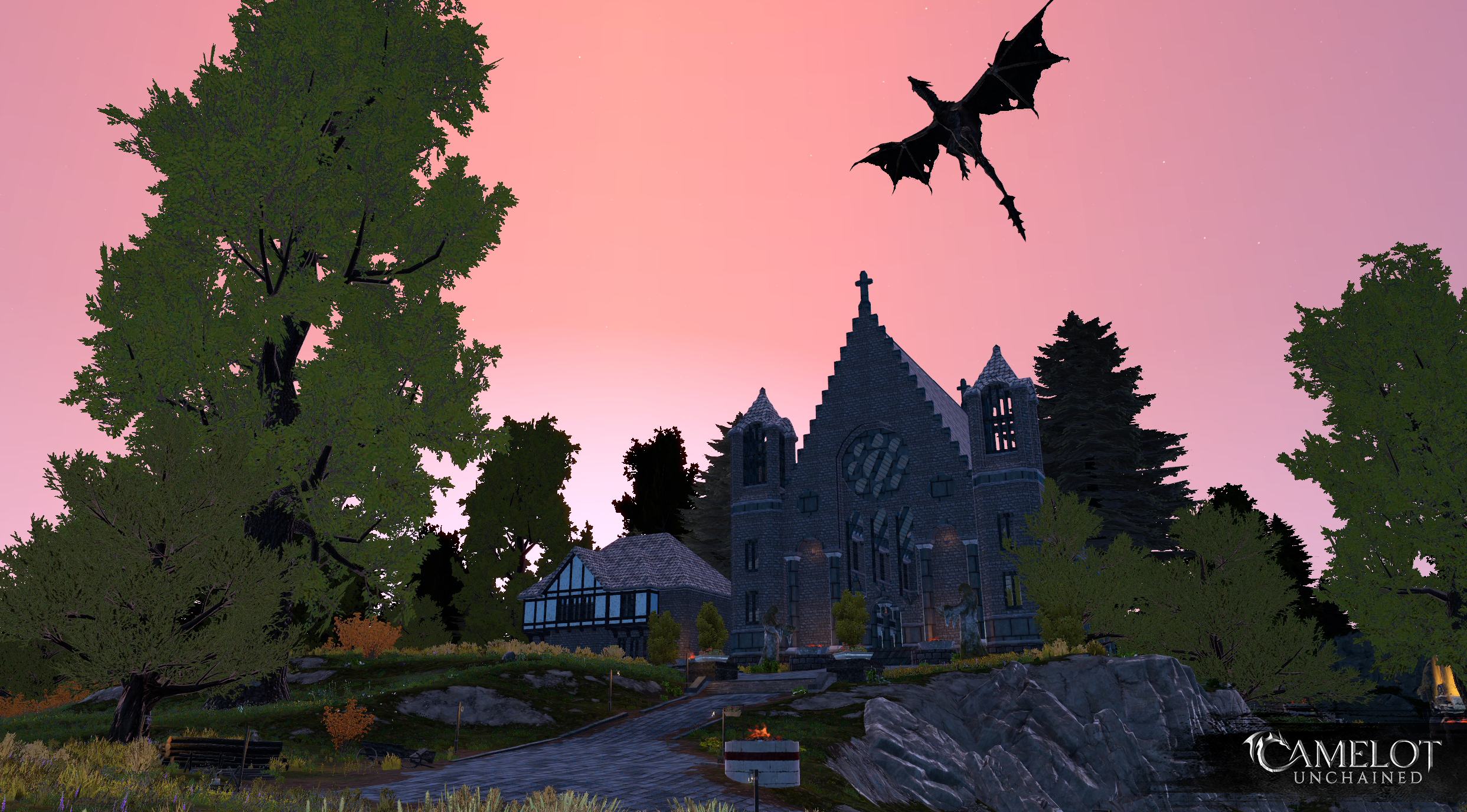