A belated Happy New Year to everybody! It was another great week at CSE, and I’m happy to announce that we’ll be having two series of tests this weekend for all of our Alpha and IT Backers. Let’s start this update off with our Top Tenish™ list:

A perfectly fine way to start off the new year. But, it gets even better! This weekend we will be running two tests. The first test will be an Alpha/IT Building Construction and Destruction test with abilities enabled, on Wyrmling Prep. The second test will be a series of two, three-hour, Big Bot Battle tests on Wyrmling,  Saturday and Sunday afternoon, Eastern Time. Those will also be open to our Alpha & IT Backers. I’ll be sending out a testing invitation shortly after this email. We hope our Alpha and IT Backers will join us over this weekend. If you haven’t seen 1020 Backers and Bots running around in a small area, it’s worth the price of admission. 🙂

For today’s art update, let’s start with some set poses from our animation files. These weapons are to scale, and you’ll be able to see the animations that they are captured from at the opening of Beta 1 if not before.

Next up, a concept piece on our updated Place of Power with added VFX. This is, of course, just one of the many places of power that will be scattered around the world. 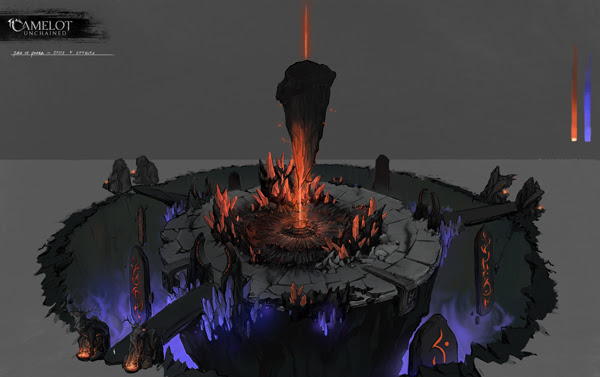 Now, here’s what it looks like in the game as of today! 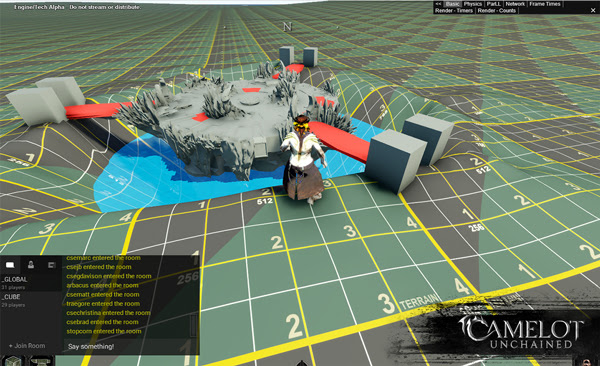 Okay, yeah, I was only joking. Needless to say, this is not what it will look like in the game. 🙂 Here’s a link to Ben and Tyler discussing the real Place of Power layout for Beta 1 (https://www.twitch.tv/citystategames/v/112367234). Have to start off the new year with some humor, especially considering how bad the end of 2016 was for so many people in the US and around the world (Carrie Fisher and her mom, Debbie Reynolds and way too many other people, famous or not) and 2017 isn’t off to a better start.

Let’s end with an in-game screenshot of a couple of Luchorpans, wearing their best Fall Court armor. That, unlike the previous image, is really coming together nicely, even if the mask-less Luchorpan has those “crazy eyes” but, OTOH, note the results of our building destruction in the rear. Maybe that’s why that Luchorpan looked a bit nuts. 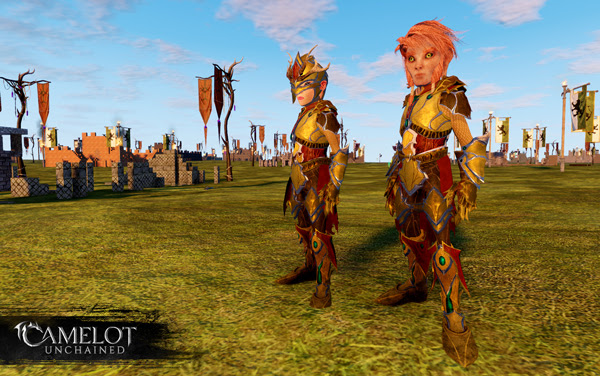 The end of the week also saw us get together with a number of Backers who came to Magfest and a quick trip to the studio. We hung out, ate some mediocre food at a faux Irish pub (the beer was good though) and the company was worth it. And, as you saw on the stream (https://www.twitch.tv/citystategames/v/112601377), the wonderful folks at Clan Sverker sent us a fantastic gift to start off 2017, ten drinking horns. When we get them mounted, we’ll post a photo of it!

That’s it for today’s update. I will see many of you in the game over this weekend. If things go well with either the Bot or Building testing, Beta 1 Backers you will be joining us next week for even more testing.

As always, we thank you for your patience and support!