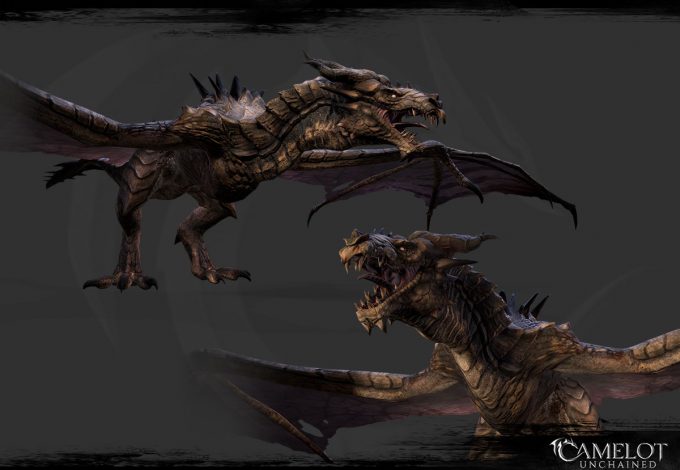 Hey there everybody before I talk about what’s going on here with Camelot Unchained, let me say something about what is now happening in the world that we all share.

Right now the world is going through a difficult time which sadly will get even worse before it gets better, due to COVID-19, a.k.a. the Coronavirus. While it may have had its first known case in China, the fact is that it is now worldwide and it continues to spread. For so many of us it will sadly be a life-changing event, one that we will remember forever. Now is the time for those who govern throughout the world to forget their differences, their own ideologies, and what separates us to focus on doing what is necessary to reduce the tragic loss of human life that will happen during these coming months. It is my fervent hope that here in the U.S. and all over the world, that our politicians will see this as an opportunity to prove that they deserve the positions of power and influence that they hold. If we can do that here, there, and everywhere, the world will come through this and while it will be changed in many ways for the worse, we might learn from our past mistakes and prejudices to move forward to a better future. That said, speaking on behalf of everybody at City State Entertainment, we wish to best not only to our Backers and their family and friends, but to all the world’s people. Stay safe, be smart and come through this alive and well.

In terms of today’s mini-update, we have lots of good things to talk about, some art for show-and-tell, and lots of overall goodness to talk about. It’s been a very productive two weeks for CSE and CU and I think everybody who is waiting so patiently (and even those who aren’t so patient, we do understand) will like what you see. Please know that this is a mini-update, and we have even more things on our list. Let’s start with some items from my two pages of stuff for CU.

As you can see we are focusing on things that we know are important to you and in some cases, have been identified as high-priority items by our Backers such as warbands and the ability to customize our UI bar. Very different things of course, but things that you folks have been asking for from us for quite a while. Other than that, we’ve had the Preview Build of the new island scenario for Camelot Unchained up and running all day on Nuada and before that on Nuada Prep. We’ll open it up next week as well for you folks to look and as soon as the art and new tech goes in, we’ll start using that space for live testing. It will also be the first scenario that we will test with a Linux build as it is our intent to have that map, as well as the home islands, to be part of the 24×3 CU server we want to start running before the end of the 90-day plan.

That about wraps it up for today’s mini-update. As we get the Devout fully implemented, expect us to resume almost-daily weekday testing of CU and weekend testing will resume as well. As you can see from the progress so far, especially if you have joined us on Nuada or Nuada Prep this week, it won’t be much longer till you’re in that server.

Again, and as always, we thank you for your patience and support, as I hope you can see, we’re doing everything we can to continue to earn it.