Busy, busy, busy. Going to keep things brief this week so that we can focus on getting beta out the door! While we remain on track for our July 4th Beta 1 date, it’s very close. We need to do some rigorous testing, and make sure we’re ready.

This week, I had the pleasure of hosting our End of Week Wrap-Up and Q&A from the Seattle area studio with George. Unfortunately, we had to keep it short as we all have a lot to get done, and every minute counts. The pressure is on, but in the best of ways. The energy in the studio is incredible, we are all excited about how close we are. Although we are working harder than ever, everyone is laughing and joking, no death march here! We’ll be working through the weekend, and really hammering on the last pieces of the beta 1 list and beta bugs.

Now let’s talk art. The team has been working hard to not only deliver on their original goals, but also to get more done, time allowing.

We’re foregoing animation renders right now as they take up several hours in the day to put together; time better spent actually animating! You’ll have to join us in game to check out this WIP Physician special ability from Sandra. A big ability requires a big jug, and a frog! In this clip our Physician takes out a large jug containing his various concoctions, adds a frog to it, then gives it a gleeful lob into the air. The resultant explosion, which Mike is working on right now, is a visual cacophony of color giving allies a bunch of positive effects! 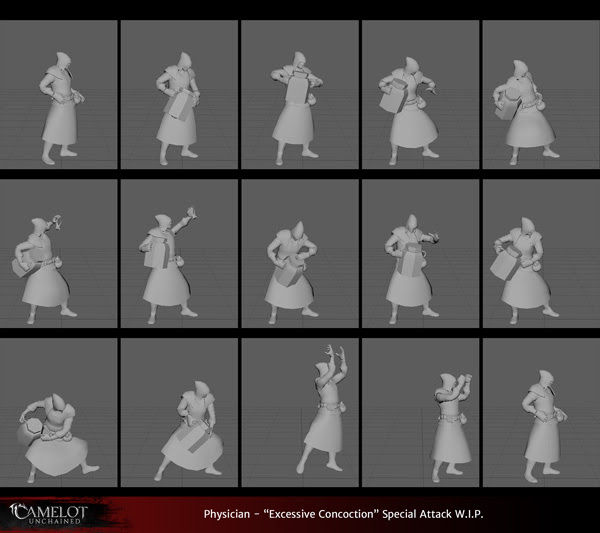 Next up, we have renders of the new statue Jon made to adorn the Arthurian home island dock. First, just geometry, then with materials added. 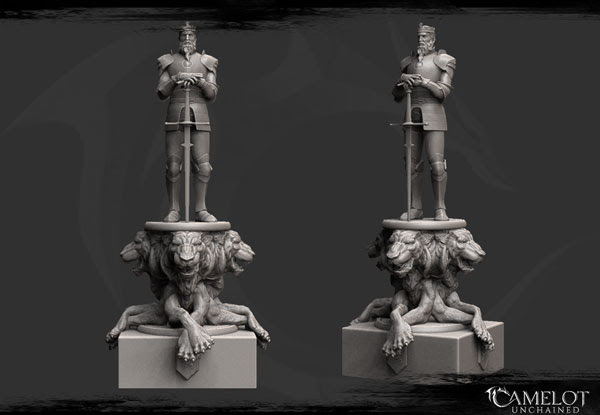 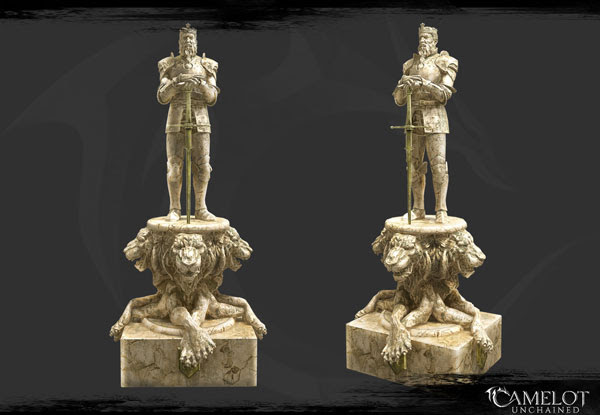 Jon has a Viking themed statue in the works too! Next up, we have some images of the new market stalls Dionne has been working on. 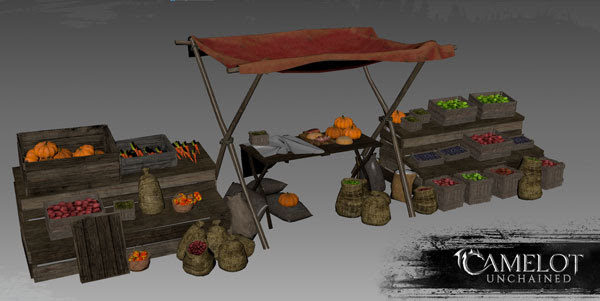 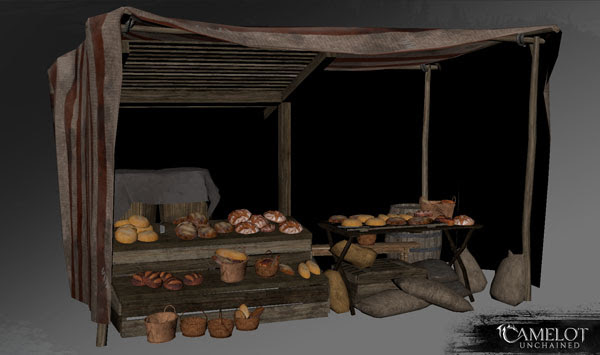 She also found some time to assemble a new stone and metal resource node tent, from which players can gather resources. These will be used during Beta in lieu of additional tech. Here’s a test shot from inside the metal one. 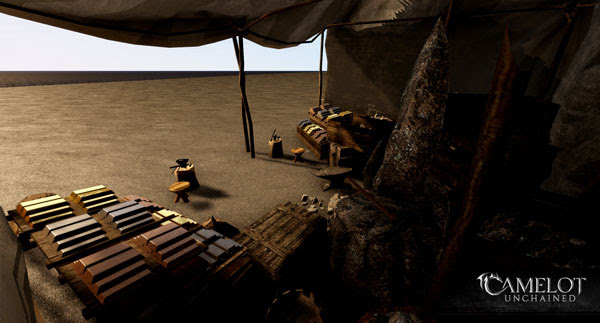 While Tyler continues to work on the home island template, Michelle continues to work in the background on new props to add later, time allowing. Today she did a quick pass on some unique TDD lamps. Believe it or not she whipped these ideas out in only a couple hours! 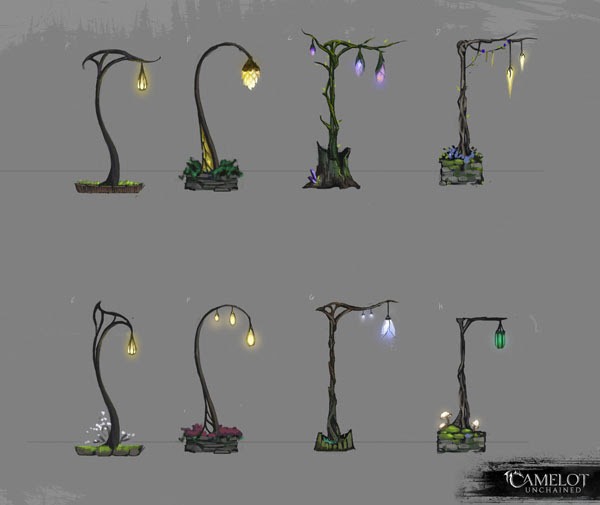 We end art this week with some more out of game renders of our class shots which will be used in the character creation screens. As mentioned previously, these are in lieu of some tech updates that will later allow us to render the 3D characters in the patcher. First is the Viking Mjolnir, then the Viking Stonehealer, and last the Tuatha Luchorpan Forest Stalker. Pretty sweet. These also use our improved UV layouts which increase the overall character texture resolutions. We’ll be looking to add these updates later during Beta. 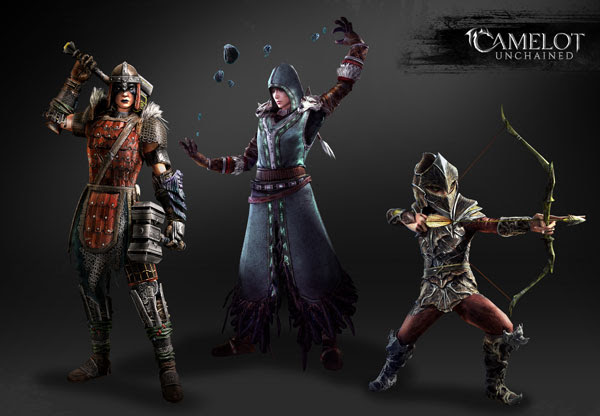