Getting a head of ourselves

For those of you who celebrate it, Happy St. Patrick’s Day! As always with a holiday in which alcohol is involved, enjoy but please return safe and sound from your fun and frolic! Overall, it has been a good week at City State Entertainment, but unfortunately, we are still trying to track down a bug which caused some of the issues from the last couple of weeks of testing. We’ve had Wyrmling running for days without a repro of that issue, but we are not completely convinced that we solved the problem. This is one of those times when I hope we’re wrong and that we did fix the problem, but only time will tell. As such, we will be running two tests this weekend (more details to follow), on Wyrmling and Wyrmling Prep, respectively.

For art this week, we’ve got some particularly interesting and varied pieces. We’ve been talking quite a bit about the progress we’re making on the new animation system, which has allowed us to see some of these assets for the very first time. The other exciting thing is that characters now use the appropriate animation within their stance, per the weapon(s) they have equipped. Just like last week, we have a few images showing off our proud warriors, weapons in hand (and not poking them through their own faces!) and, well, a relative of a scorpio.

First up, we have our proud Arthurian dual wielding one-handed lion-themed axes, looking for targets! 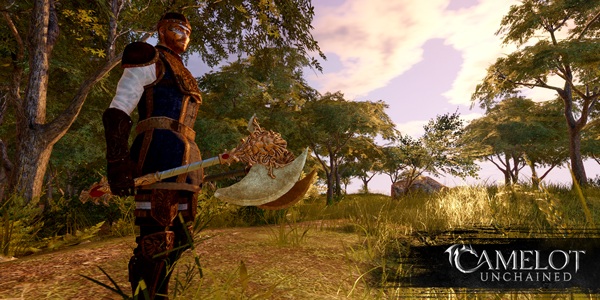 Next up we have a Tuathan Empath guarding her claimed plot, during twilight. 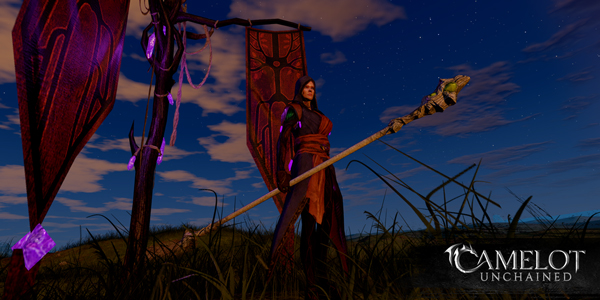 Finally, as part of our animation improvements, we have a Luchorpán, in her Fall Court armor, convincing her Arthurian attacker that size matters not! 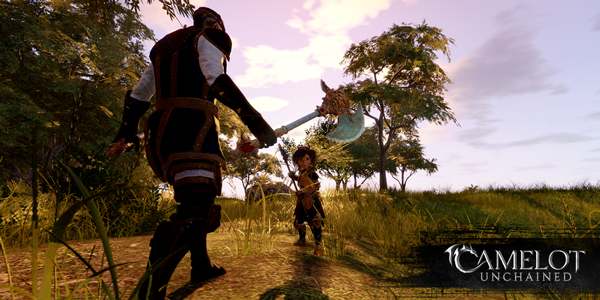 While we’re on the subject of combat, Jon created an additional Arthurian spear and polearm to help even out the number of available weapon types per Realm. 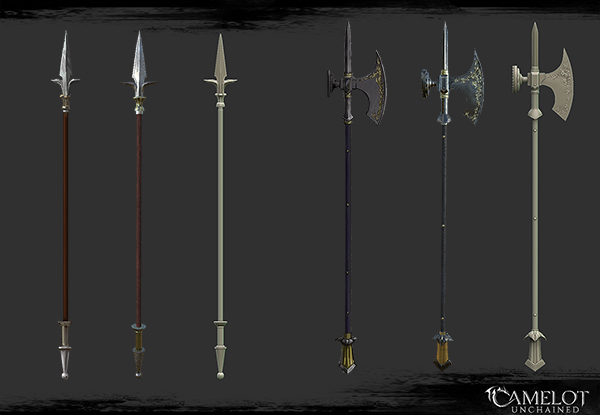 Check out the detail in this render! 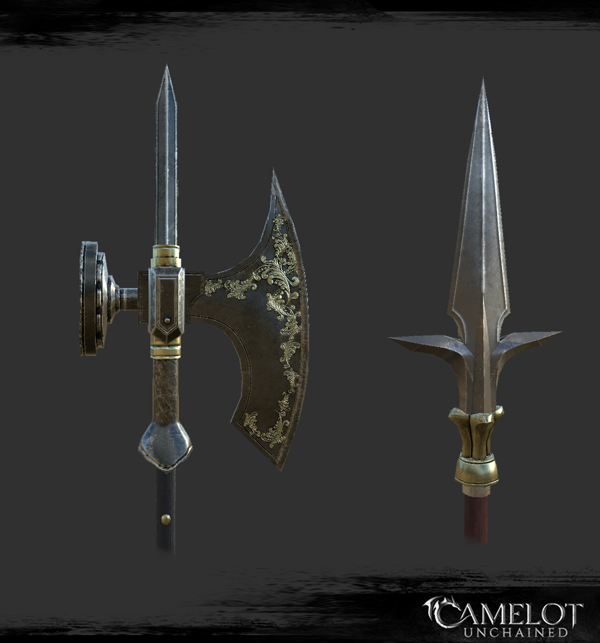 We’ll be adding these guys into player inventories at our next item update. Next up, let’s look at concept art for siege weaponry. First off, Michelle has created several quick silhouettes of an initial pass at a scorpio-like weapon. We’ll later use these to influence Realm variation. 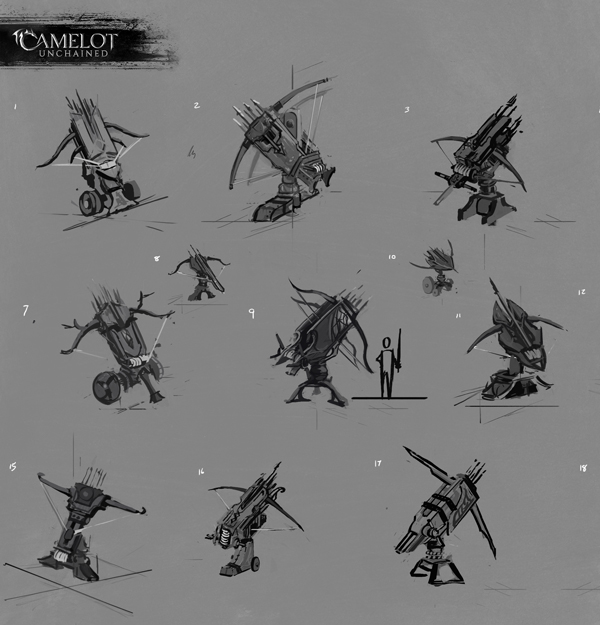 Next up, we have a Roman-inspired Arthurian mock-up, which we’ll be building for later use in Beta 1. 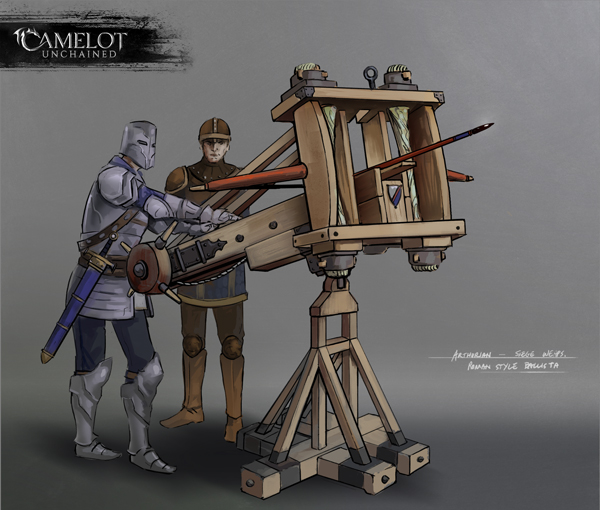 And since a world needs more than weapons, here’s some rather common weeds. One thing our artists have tried to focus on is a more real-world inspired environment. Real forests and grasslands have all sorts of plants, not just fields of trees and simple grass cards. We’ll use these weeds, as just one example, to add more variation to the world. 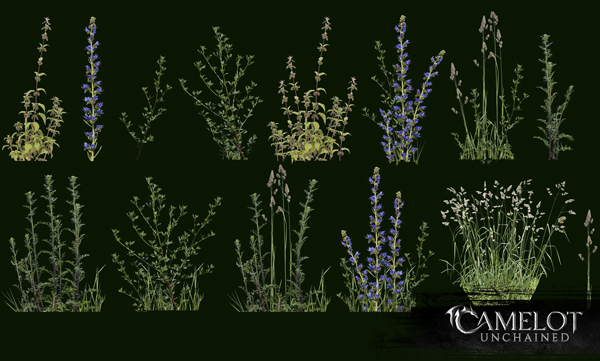 We’ve saved the best for last. Now let’s move over to an update on some of the environment art Jon created previously, with the ruins of a large statue one might come upon while exploring the world of CU. 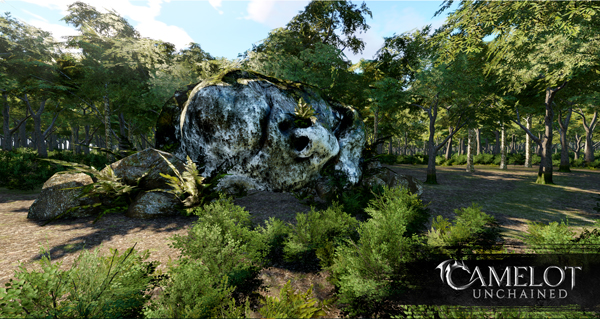 How about at night? 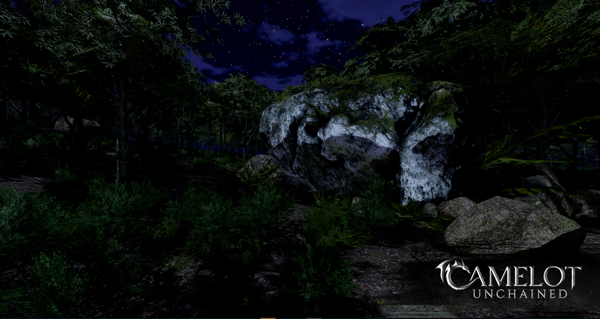 I’ve said it before, and I’ll say it again, every week we draw closer to Beta 1. As this weekend’s tests show, progress continues apace. For the details of the tests, expect a very lengthy email for our Alpha and IT testers on Wyrmling Prep. And you Alpha, Beta 1, and IT folks already received the email for the Impromptu test on Wyrmling. In terms of Wyrmling, please keep in mind that you will experience longer than expected loading times within the game because of the amount of buildings, Voxs, etc. in this build. In terms of Wyrmling Prep, we do expect it to be taken up and down over the weekend so we can grab snapshots from the debugger. Reboots will happen quickly (minutes) until we decide to shut down the test entirely.

From all of us to all of you, Happy St. Patrick’s day, and enjoy your weekend!