This week, we have a special update for the Beta 1 document, so special that we decided to take extra time to release it! Chapter 15 contains ideas and inspiration born of our years of game experience and development, gestating since our Kickstarter. Mark provided the original vision for these systems, and JB stepped in to lead the design effort, with help from Ben and others. We believe you will find these grouping and social systems as interesting and exciting as we do. We’re looking to facilitate everything from solo play to the coordinated mass attacks that will make Camelot Unchained a truly magnificent experience for all play-styles.

One of the most important parts of any MMO are the social aspects. We’re taking great care with this part of Camelot Unchained: It’s vital that we stay true to our old-school beliefs, yet also look for new ways to improve player experiences with grouping systems. We believe our approach will be one of the most useful and deepest systems of its kind, and we enthusiastically invite you to take a deep dive into our design, with this week’s Beta 1 Doc update, “Social Systems and Grouping!”

Special thanks to our translators for working twice as fast on a text that was 2.5 times as long as our usual Beta 1 doc updates! You folks are truly amazing.

During today’s livestream, JB and Mark both sat in for a lengthy Q&A with our audience, to answer questions about this update. There were a lot of great questions, and it was quite lively! There was even an amazing gift-opening afterward! You can watch the stream HERE.

Monday, Massively Overpowered will have a special interview with Mark, answering a plethora of questions from them! Keep an eye out for that, and in the meantime, head over to their site and check out their excellent coverage in the MMO space.

Last week, we had a hearty–dare I say robust–Top Tenish. We continue that trend this week, with a whopping seventeen items! It might be our longest so far!

What a list of highlights, right? We’re proud of our progress.

We start this week’s artwork off with animation. Last week, I promised that we’d have a video of some of Scott’s work on the greatsword attacks, with static timing, and not just an image. Remember these are still a WIP, and will get more love next week. 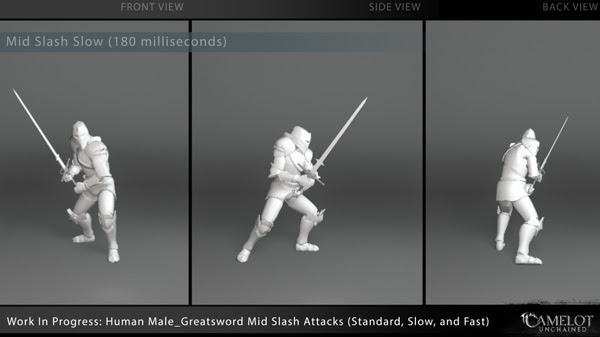 As mentioned in the Top Tenish, Sandra has been working with the static timings as well, for bow animations. We’ll get you all a video of those when they are ready!

Moving on, we have some updates to our character’s heads that Jon has cranked out this week. Special thanks to Jon, who turned his enthusiasm over this task into some late hours, going beyond the initial task. The first image shows the topology change, where Jon focused on better use of our polys for definition where we need it, instead of relying on normal maps as we did with the old version. And again, remember these are still works in progress, as we explore this improvement. (The geometry is also untriangulated and hard-edged, so expect a softer look than this in-game.) 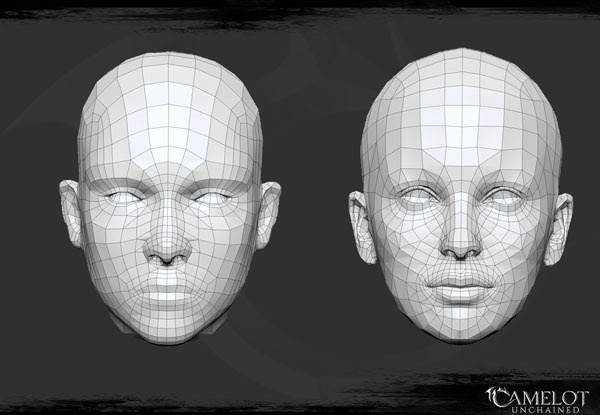 The next two out-of-game renders are of some test materials for Vikings and TDD. We’ll show off more of Jon’s work in the coming weeks. 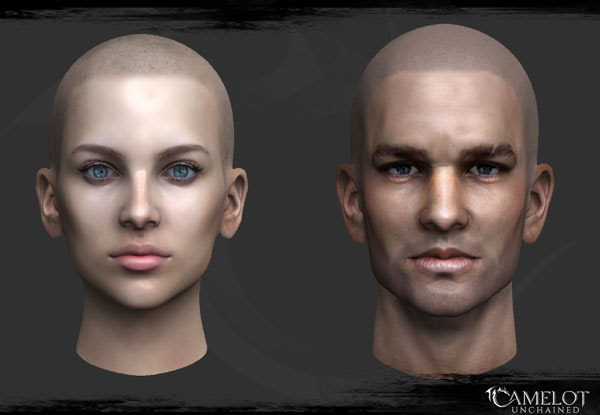 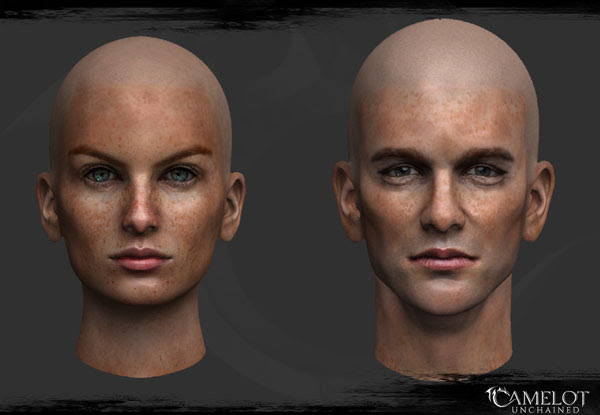 We’ve also got some high poly quiver models from Jon, which he began working on yesterday. These will pair up nicely with Andrew’s tech to support using ammunition, such as arrows, in the ability’s animations. In the image from left to right, the first is Arthurian, second TDD, and third Viking. 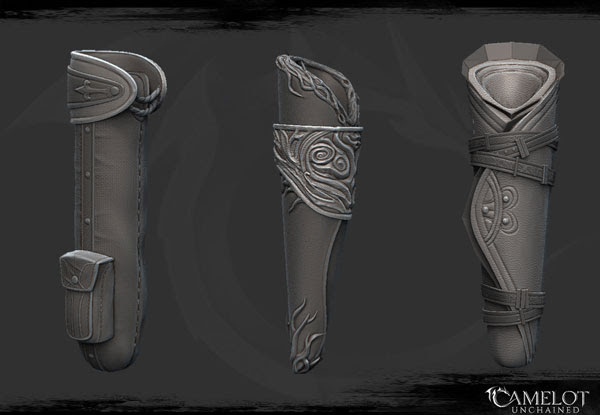 Next up, we have some awesome concept art work, from the ever-busy and productive Michelle. First, some rough ideas for Realm-specific boats, starting with simple silhouettes. 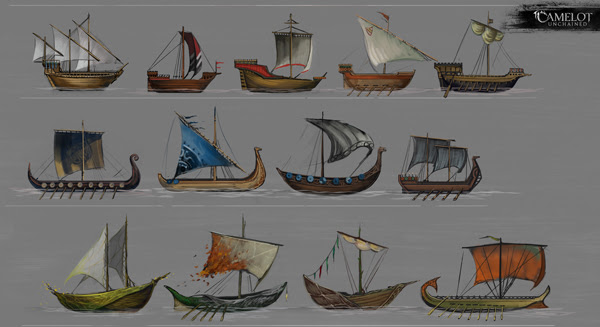 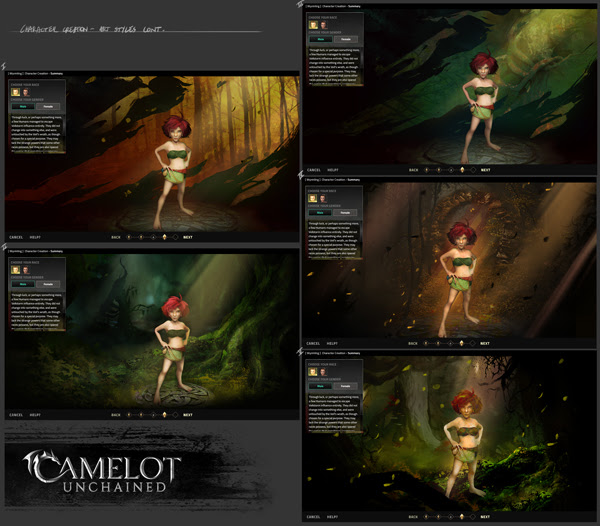 That wraps up the week here at CSE. Things keep getting better, we keep working hard, and we continue to appreciate you, our Backers and supporters. We hope you all have a great weekend!

P.S. For those of you haven’t yet seen our End-of-Week Wrap-Up live stream today, you will see one of the most epic unboxings in our studio’s history. Max tore open a massive box to reveal an absolutely amazing gift from one of our Backers, called Necromaniak. We are truly humbled by your gift and your words, Necro! I thought Max was going to break down at one point. Check out the image below of Necromaniak’s hand-sculpted, hand-painted, hand-mounted dragon skull. Thank you, from all of us. 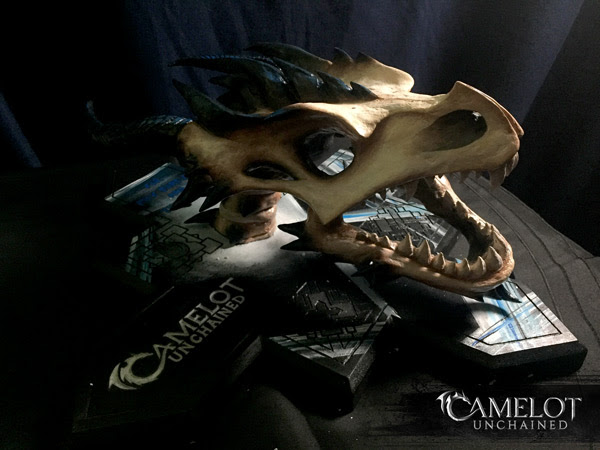