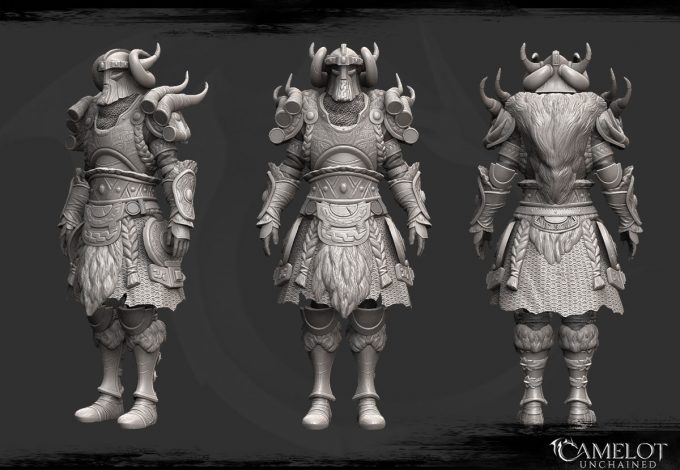 Greetings all. We don’t usually do a mid-month email update but we had some good news that given these extraordinary times that we live in, we thought might be appreciated by our Community. As to what it is, while the beginning of the subject is a baseball reference (4 hits in 4 at-bats), it also describes the success we just had in hiring. Over the last 2 weeks we offered four different people a place in our studio and all of them said yes. We are bringing in two new engineers (one senior) and two game designers. One of the game designers will be working on Final Stand: Ragnarok while the other will be focusing on Camelot Unchained. And, we’re very happy to say that many of you may know him, Christopher Junior, formerly Game Director & Senior Systems Designer for Rift. He was also worked on EQ2 as a Senior Game Designer where his focus was <drum roll please> PvP. Given his rather extensive experience with PvP, he’s a great addition to the team, who will help us take CU to the next stage of its development!

That said, we have a few other things to talk about as well and here’s the Top Tenish to do so:

Now, let’s also show off some of the work the art team has done over the last couple of weeks. First, let’s start with grass. Now, it’s a small thing as an individual blade, but when you put a lot of it in a field, well, two things happen. The field gets a lot prettier but performance can take a hit. Here’s an example of some of the grass that you’ll find in CU.

But, since the 60s, people don’t live on grass alone, let’s take a look at a couple of the barricades that can be used by players against other players. First up, the Arthurians:

I think that captures the feel nicely. Next, the Vikings:

Personally, I think it needs more spikey bits but it’s a good start. Now, let’s take a look at the Abhorrent Knight:

Fairly Abhorrent, doncha think? Now, how about the Arthurian Champion? 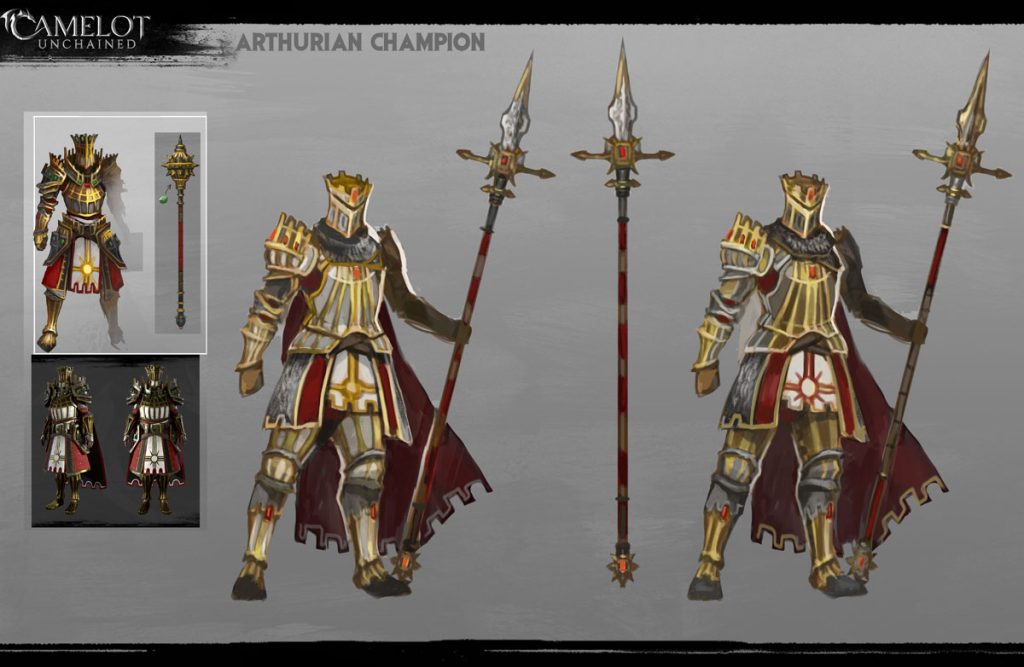 Next up, the Tuatha De Danann hero: 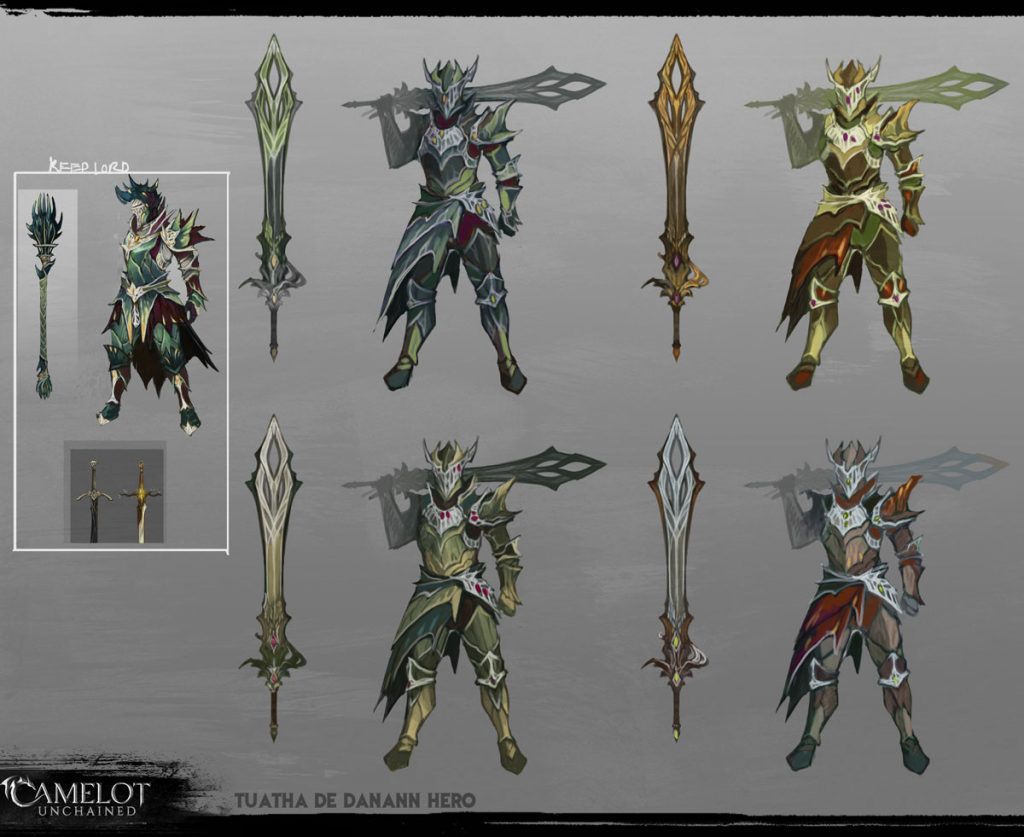 And last, and not least, the Viking Keeplord: 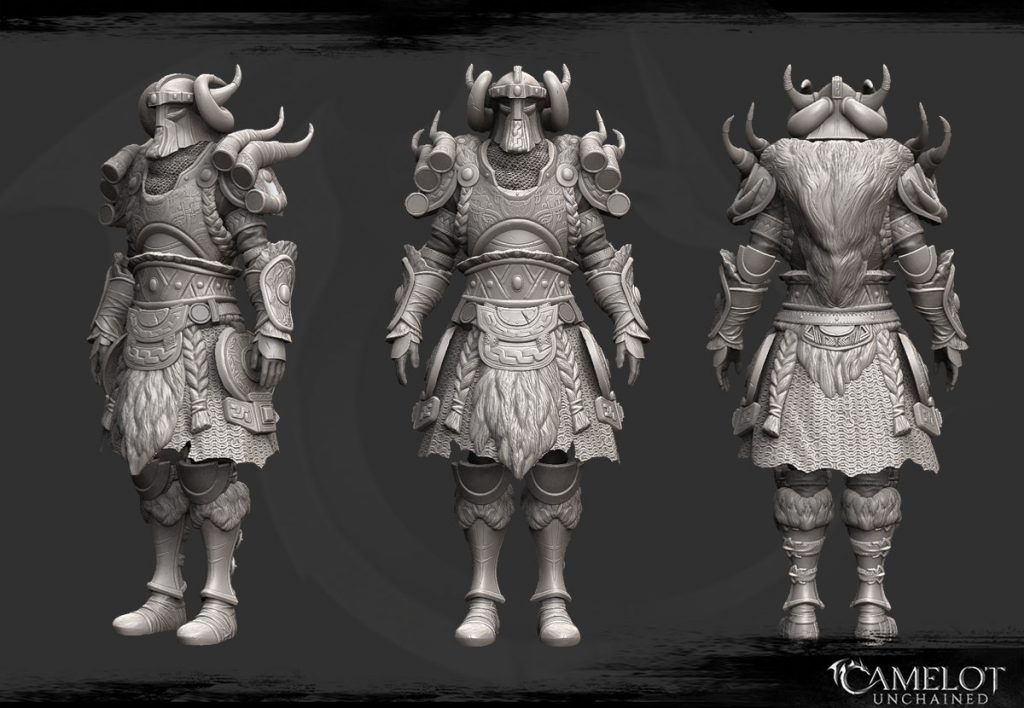 LATE BREAKING NEWS – While I was writing this update Andrew had me jump into Hatchery. He found one of issues with certain types of grasses and fixed them. Performance on my machine increased nicely and based on that, we’ll be pushing the build to Nuada Prep on Monday and testing will resume. For those who you with access to Hatchery, feel free to look at it over the weekend and let us know what you think! Andrew is also confident that he’ll fix some, if not all, of the Small Vector crashes as well. A great way to end the week.

It was a great week for us at CSE, four new team members (including one with tons of PvP systems design experience), major improvements to performance, and nothing but good news for Camelot Unchained. With that, and as always, we thank you for your support and patience. Please stay safe and uninfected during these times and try to be kind to each other. It’s been a tough stretch for the world since Covid-19 started its disastrous world tour, and with the tragic, cruel and unnecessary death of George Floyd, it’s gotten even harder to do so. It seems like that as a society, we never learn from the past. I hope that we do so sooner, rather than later.