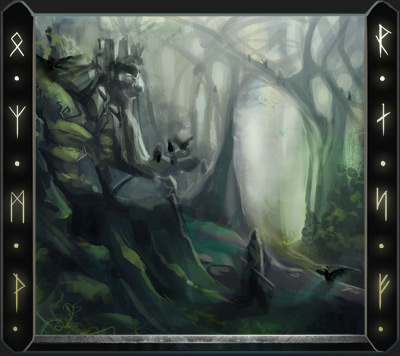 Over the course of my long career, I have spent a lot of time (some have said far too much time), hanging/lurking around forums, talking to players, gathering feedback, etc., but I have always considered it an important part of my job description. The advantages of this approach have always been readily apparent to me especially when I see a post that really catches my eye. A number of weeks ago a player on one of the forums that I have been spending quite some time on wrote a post that has become this Foundational Principle.  When I read it, I saw that it both encapsulated some of the principles I pushed for in WAR (some of which were approved by the senior leadership team, others were met with dark stares and raised cutlery) and said it as well (probably better actually) than I could say myself. I want this game to be something you play every day not for the leveling grind, not for the gear grind but simply because playing the game is both fun and challenging. IMO, adding some elements of chaos/randomness/whim to multiple game systems and gameplay, will be a net gain for CU.  This game will not be a linear, theme-park style world where you pretty much know what the outcome of most of the fights will be before the battle begins and that someone’s “Guide to riches and success in CU” will be all-knowing and 100% accurate, but rather, a game that will evolve and change over time.

Now, what does that mean for you as the player? Injecting randomness into games very often meets an ill-fated reception from a vocal portion of the player base.  While many players do want to embrace a bit randomness here and there (usually when it benefits them), when the die roll goes against them, well, a lot of scream of outrage can ensue such as the ever-popular “Your randomizer is broken!”  One could easily paraphrase Benjamin Franklin’s line in the film 1776 (sadly, it wasn’t a real quote) to say that “Randomness is always good when it works to our advantage, it’s only when it works against us should it be made illegal.” Over the years, my feelings about randomness in games have careened wildly along the track.  As one might imagine, I currently believe that as we have made MMORPGs more and more handholding and predictable, we have lost much of both the joys and sorrows of having something really random happen to players whether it is during the course of a pitched battle or simply when just walking down a road.

Having said that, I also understand the concern of players who really don’t want too much randomness in their game because that can lead to far too many truly unexpected losses and frustration with the game’s mechanics, including the much maligned random number generator. What I propose is that this game’s combat systems have enough randomness built into them that players will not know that every time they swing their sword, they will always hit for X damage.  I don’t want the player to know that every time they go into a 1:1 battle with someone of equal knowledge/skill but with a slight lower character that the outcome is easily and thoroughly predetermined. However, the system’s damage combat mechanics will be laid out so that the majority of damage will be set but where only a portion of it is random but with a strong critical hit/miss system component as well. We should have a bit more fun with very rare rolls on both sides of the success spectrum. I want to add some special critical hits and critical failures to the game, as I believe that they will add a lot of spice as well as some much needed humor and occasional pathos to the game. Critical hits & failures will be rare but every so often, something should happen of such monumental glory that the players end up discussing these as “water cooler conversations” the next day. Yes, it will not be fun to be on the receiving end of course but on the other hand, if you are on the other side or simply enjoy a good chuckle, your seeing that powerful Tuatha De Dannan mage cast a mighty spell and being turned into a horned rabbit might make your day. Again, I don’t want to turn this game into an evening’s worth of blooper reel entertainment but a little randomness could add some truly awesome moments into the game or as my son would say making it “fresh.”

Besides combat, we will look at adding a lot of randomness to the environment in terms of how not only it evolves over time naturally but also how the effects of magic that the players inject into the environment can also affect it over time as well. The landscape should change not just because of seasons (which would, IMO, be a good addition to this game) but also because the players are throwing around the equivalent of small, tactical nuclear devices like guests used to throw rice at wedding receptions. We will try to incorporate the consequences of summoning and tossing around so much power into the game in order to throw, every so often, what amounts to a curveball (or would that be a curvefireball?) at the players.  This could manifest in all manner of ways including creating temporary “dead spaces” where magic might not work or maybe areas where magic works just a wee bit too well. It could also mean that the geography of an area could suddenly change or even that certain beings might manifest themselves within the world quite unexpectedly and with rather interesting results.  These are just a quick sampling of the many game devices that we can use to help make our players’ experiences within the game not only a bit more unpredictable but also, IMO, a lot more fun, exciting and at times, challenging.

What it boils down to is this, do we want to have a game where randomness and chaos within the game’s systems play a small or nonexistent role or do we want some more excitement both from our game but more importantly, for our experience in that game. Applying too much randomness and chaos into this game would indeed be a mistake, as would building out the systems in a totally sterile and predictable manner. However, I for one look forward to playing in a game where a lot of unique, different and truly odd and funny events can occur anytime and anywhere. Who knows, maybe it might even be fun to be turned into a cute little bunny rabbit as long as I get to bite the head off of an Arthurian while the sound of a can opener plays in the background.

Next up: Foundational Principle #9 – Forced socialization was good, then bad. Is it time for a comeback?