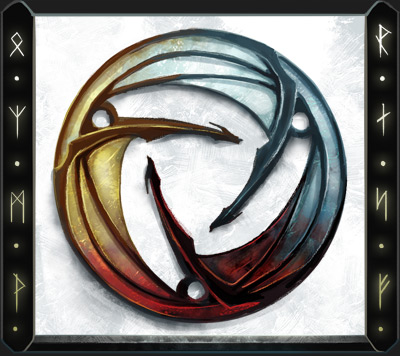 Foundational Principle #7 – Crafting should be fun, useful and not induce Carpal Tunnel Syndrome

Folks, I would like to apologize for the two-day delay of this blog posting. On Wednesday, I focused on creating levels for March on Oz, and on Thursday, a major family issue arose, and of course, that had to take priority. Again, please accept my sincere apologies for the delay and I appreciate the kind words/thoughts that many of you directed my way publicly and privately.

CU’s crafting system is a bit of a “hash” as it incorporates some familiar elements as well as elements that are wholly original; it is the interplay of these elements, enmeshed in the all-consuming RvR environment of the game that will make it unique. Before moving on to the “nuts and bolts” of the system, let us focus on some of the core principles that I envision for the overall crafting system. First, our crafting system will be the only reliable way to get armor, weapons and most items (some purely cosmetic and low-level items may be obtained through vendors) for your characters. There are no “rare drops” from NPCs and even with NPC guards and the like, we think the whole “Oh look, I just killed a nightingale and it dropped a full suite of purple armor” is so last decade. Secondly, players of CU will be able to create a “crafting-class” character with separate crafting-based ability and skill leveling tracks. These leveling tracks will be similar to the RvR-leveling tracks in the time necessary to “level up” characters so that consequently, players will not simply be able to dump money from their main/alt/guild and quickly level up a crafting character (just as they could not do that with an RvR-focused character). Thirdly, when you level up your crafting skills you will not have to create large amounts of any good, as each item takes time and effort to create. We also do not envision creating a system where the crafters will need the support of many other crafters to make most items. While we want our crafters to work with their fellow crafters at times (more on this later), crafters must be able to do their job without having to rely on a large number of other people to create an item as requiring too much cooperation would greatly reduce the flow of new items into the system. Fourthly, CU does employ a system where items can decay and can break over time; the decay will be slow enough that players will have plenty of warning before items might break while simultaneously ensuring that players have to replace most items over time (thus increasing the need for crafters and their wares). Fifthly, magic, while an important part of the world, is not as commonplace on items as it is in most MMORPGs. Items will have lots of modifiable stats, quality, etc. but do not expect to be wielding Excalibur on day one or even day thirty. Magical items will not be rare in CU, but the problem of “gearflation,” especially when it comes to truly magical items, is one that we want to avoid. Finally, we want our crafters to earn renown among the players on their server, whether through naming/signature (hopefully visual as well as textual) of items, rewards from their server’s ruler, etc. FYI, I’m only going to address the part of the crafting system that deals with the creation of personal items and not the harvesting, gathering, etc. of raw materials nor of creating siege weapons, structures, etc.

The crafting system is broken down into three specific tracks, journeyman, master, and artisan (placeholder name). Non-crafter classes are limited to the journeyman track while players who choose to play crafters can pursue the master track and then, if they so choose, the artisan track. Each track has its own set of skills and abilities along with leveling curves appropriate to characters that are not full-time crafters or those who choose to play a full-time crafter.

Of the three tracks, the journeyman track is the least time-consuming and centers around the repairing and creation of a limited number of mundane items. As our goal here is to not use item decay as a true money sink (through the continued and costly repairing of items), but rather use it to ensure ongoing demand for new items, non-crafters will be able to repair low-level items and most crafters will not have to level through the repairing of items. While there is some cost involved in repairing of items, it will be quite small and we expect that most players will simply repair their own items as they level up their crafting skills. This track will also allow players to create non-magical arrows, sharpen their blades, and create some parts of structures and roads as well as to partake in a number of other crafting-related activities.

Players, who have chosen to play crafters, can create magical and most mundane items through the master track. Currently, the plan is not to limit the number of skills that the player can perfect but the time necessary to perfect a skill will be the gating factor to those who might try to master all the track’s skills and abilities. Moreover, if the player wishes to move quickly on to the artisan track, having too many skills would greatly slow that process down. Players will create items through a combination of experimentation and learned patterns based on the use and creation of various alloys, ingredients and parts and then shaping them into the item that the crafter wishes to make. The imbuing of the item with a limited set of magical properties will be another step in what will be overall a time-consuming process for the crafter. As per above, CU will not be a game where powerful magical items are commonly found but that does not mean that the crafters will be creating boring or useless items. As per above, crafters can create items that will be in demand but like so many other parts of this game, this system is based on more horizontal progression rather than a steep vertical progression. I want the players to have choices when it comes to their gear but also not get into the gear-grinding pattern found in other games, especially the whole “if it isn’t purple, it sucks” mindset. While there will be very powerful player-created magical items in the game, they will not be incredibly common and to obtain one, players will have to go to an artisan crafter. I will discuss that track another day, as that system is certainly one of the unique parts of the crafting system but it does deserve its own blog posting due to its complexity, level of power involved and impact on other parts of the game.

The creation and selling of items should be both a communal and open process to help encourage socialization and connectivity between the players and aid in the building of both realm and server pride. While the current, AH mechanic works very well in many MMORPGs, it harms the sense of community that was present in many older games. While we will modernize the whole “sit around in the middle of town hawking our wares” thing, we will do so in a way that helps, not hinders, community building. While crafters should be able to sell their wares in a bazaar-like setting and/or through their stores we will also return to the concept of crafting stations in town. FYI, we might allow guilds that reach certain realm-based goals to have their own crafting stations in their guild manor but that is TBD.

As to some other odds and ends, items will decay with use, spells will fade, etc. over time and even the best-made weapon may need to be replaced one day. Crafters will be able to salvage your older item and, depending skill, may be able to reclaim some of the components, especially the rare and more valuable ones. I am also considering how to incorporate the equivalent of an 8-man crafter squad, a true “Mod Squad” as it were (I almost made it through the word post without a bad pun!) into the game. There will be special crafting stations and other incentive area placed strategically throughout the RvR-world that will also encourage the capturing and holding of those areas by the realms. Depending on our stretch goals, I would also like to see a system where high-level crafters can hire NPC assistants who could create items for the use of their sovereign’s and earn special crafter-based rewards for doing so as well as have a fully mobile component for this part of the game.

Now that it’s time to wrap up this post know this, the crafting system will receive all the design/coding time it needs to make it great or the game will not ship, period. I have been down the other path before, will not do so again as that can only lead to failure.

P.S. I would love to see a system where our crafters could also have a greater control on the weapon’s appearance (whether in a mix and match manner or in other ways) but I am not going to promise. We are looking at some interesting possibilities and while the great and powerful Andrew has some ideas as to how we can implement it, again, no promises. BTW, did I mention dyes?

Next up: Foundational Principle #8 – This should be a chaotic game with epic surprises at every turn