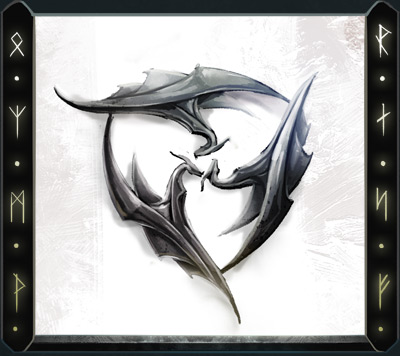 If you have followed MMORPGs since 2001, you probably know how I feel about gold sellers. I took a hard line against them back in the Dark Age of Camelot days (and ended up in a lawsuit with one of them in response) and I see no reason not to continue that hard line today. While it certainly would be nice to have those extra subs the gold sellers/farmers bring to the table, I will not compromise the integrity of the game or the enjoyment for the vast majority of the players by making it easy for them in CU even if it “leaves some money on the table.”  It is why I have always fought them, refused to take their money (in exchange for turning a blind eye or supporting them) and I will continue in that regard going forward. While I support the right of a developer/publisher to build their game, their way and to make whatever decision they want to make regarding gold sellers, that doesn’t mean that I have to agree with it nor follow down the same path. Twelve years ago, I drew a line in the sand and did so again with Warhammer Online, and when CU launches, I will do so again for the exact same reasons.

As to why I hate gold sellers so much (same with power leveling services), I will not go into a full rant/diatribe other than to say that, IMO, gold sellers adversely change the experience of the game for non-gold farmers/selling players. Whether it is by camping spawns (which won’t be an issue in this game), spamming chat, driving up in-game currency prices for sought after items, etc. they have, in my opinion, a deleterious effect on a greater number of people than they benefit even if you believe in the ever-popular time versus money argument.  Look, I get it, not every player has/had the time to commit to MMOs that other people have and these same people are happy to spend money to get access to items and/or levels they would if they had the time to spare.  However, many (not all) of the companies/guilds that farm gold (as many a gold seller has been quick to point out to me that they don’t actually farm, they simply buy and sell gold) engage in behaviors that most players do not benefit by and that is something I cannot support. Again, I support the right of developers/publishers to make their own choices as to the play-styles that they wish to support as well as the players who wish to buy gold in those kinds of games and as usual, it comes down to personal choice.  As the developer of CU, it must be my choice to decide whether gold sellers and other such folks are allowed to farm gold, sell gold, power level, etc. and I choose, once again, to take a strong stance on this topic as I have for more than a decade. The day that I decide to sell gold in the game, the gold sellers and farmers would have a compelling argument that they should be allowed to do so also. Well, that day has not yet come and frankly, I hope that it never does. I do not hate FTP games or BTP MMORPGs, not at all; I just would rather not make a game that does not have to worry about such things in order to be profitable. That is also one of the many reasons we are going to Kickstarter for part of our funding. By reaching out to the community of players that I hope want this type of MMORPG, I do not have to tailor this game to provide the kind of return that most investors seek on their investment. The sad reality is that banning 50K accounts is not something most investors would see as a good thing (unless, of course, we had huge sub numbers) and that is something that I choose not to deal with just as I choose not to chase the FTP/BTP market investment dollars.

With CU, we will have the tools in place at launch that we need to deal with these people.  However, we also must design the systems so that it is a lot less profitable for them to play our game and then make it easily to detect and ban them if they try to infest it. As an RvR-focused game, CU will be less attractive to them from the onset since earning currency in CU not be as easy as earning currency in a PvE game.  That, combined with the RvR focus of the game and how we want to deemphasize the importance of traditional loot drops as well as the lower sub count should make us a lot less interesting target to them. Overall, that makes me smile, a lot.

I cannot bring back the “banhammer” but I promise, I will certainly come up with something new and hopefully equally amusing to replace it. 🙂

FYI, this was a rather short piece (and not my best) so today should be a “two for one” special with a new theme, Top Ten Questions.

Up next: TTN: No realm ranks, abilities? What?