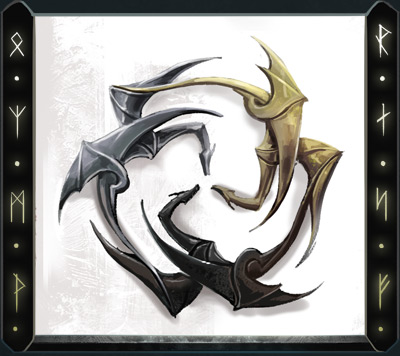 RPGs have traditionally offered players a plethora of choices for building out their characters.  From the earliest P&PGs to MMORPGs, players have been able to select everything from the most basic choices (race, sex, etc.) to complicated backgrounds for their character.  Unfortunately, over the years many MMORPGs have scaled back player options as developers/publishers chose to chase non-core gamers.  While there are more

avatar customization options, are having things like “boob sliders” really more important to RPGers than being able to create characters who have meaningful statistical differences and abilities tied to the players’ selection of race, gender, etc.?  Well, at least to me they are not and from the moment that a player creates his character in CU, the choices that the player makes will have significant impact on that character’s development.  However, that is not enough; we also want players to know that as they play through the game, their ongoing choices of weapons, crafting, play-style, etc. will also have a real bearing on not only their skills/abilities but also on their bodies.  I cannot say that “Every choice you make matters!” because well, that would simply not be true.  What I can say is that if a player swings an axe 1000 times, it will affect their character’s strength.  Conversely, if they are struck with 1000 axe-blows, it will also take its toll (do not worry; we are not talking about perma-death).  Further, while we want CU to be a class-based RPG, we also want to give the player a lot of freedom to choose skills, armor, etc. for their character without worrying about a never-ending list of absolute restrictions regarding who can wear what armor, use what weapon, etc.  Now, what happens to the magic-user who wears too much metal (or the wrong kind), or spends too much time wielding that sword or “crossing the streams” is another matter entirely but the choice is yours.  While there are some restrictions, they will be few in number, as we want players to be able to have fun with the system.  This is one of the reasons why I am not calling CU a “Sandbox MMORPG” (IMO, a true sandbox MMORPG has almost no restrictions whatsoever) but rather an MMORPG with some strong sandbox elements.

One P&PG convention that has been rarely used in MMORPGs allows players to further customize their character with “banes and boons”, “advantages and disadvantages,” etc. and I want to integrate a meaningful implementation of this mechanism into CU.  Optional of course, but when factored in along with meaningful differences between races, genders, stats allocation, etc. it will allow players a greater deal of customization freedom than most MMORPGs.  IMO, having more choices for my character’s stats, his background, special skills, abilities, his strengths and weaknesses, etc. are more important to me than hairstyle, eye color, etc. If you agree with me, you will find CU to be the kind of game that will challenge you to learn about the system before you create your character because, well, choices should matter.

Now, as usual, that might sound good in theory but how will we apply it in practice.

CU will have a full stat allocation system (min-maxers can rejoice now), so that you can spend lots of time truly customizing your character.  While you will not be able to totally Bork your build in the beginning (strength 0), you will really be able to focus your stat allocation on your character’s projected career path.  There will be racial maxes and minimums but those will only apply to the character creator and “normal” statistical growth.  There will be means (magical of course), to temporarily and/or permanently boost your stats in the game though.

The races/genders will be very different from each other in terms of their starting stats/abilities but also in numerous other ways.  For example, certain races/genders are better attuned to the sources of magical power in the world.  I know some people will complain that this is not fair but that is how it is going to be in CU, where these choices matter.  We want the player to think carefully before they create their character, to run the various character generators and read the guides before beginning the process.  We are not seeking to gain traction among traditionally non-gamers but rather amongst experienced RPG and MMORPG players.  We are not dumbing down this game to sell more copies but rather building the game with our eyes focused on our target demographic and what we believe will appeal to them.  We know that every choice we make will be available to players for their dissection before CU ships and we trust our players to learn how to deal with them.  IMO, the vast majority of our players will be experienced gamers but also have played other MMOs and have more than a passing knowledge of P&PGs so hand-holding, hidden statistics, vanilla starting builds are neither necessary nor sought by them.

Example #3 – That is one heavy sword, I can barely pick it up

Yep, weapons will have strength requirements attached to them but what I hope (not promise) we can do is allow players to pick up weapons that are almost too heavy for them and try to use them in practice and battle supported with some humorous animations.  However, like eating your spinach, using that kind of weapon over time will make you strong like ox and you will get better at wielding it.  OTOH, if it weighs more than you and you are not strong, well, I just hope hilarity ensues (and YouTube videos).

Let us say we have magic users who are good at manipulating electricity and let us say that same mage has decided to carry/wear a bit too much metal that day.  It is just possible that summoning lightning is not a good idea unless you are looking to supply the enemy realm with an extra-large bucket of crispy Tuatha-fried mage.

Well, if the birthday suit is a full set of armor, you will be just fine.  If not, does your health insurance cover in-MMORPG injuries?

Example #6 – I am a pack rat, a hoarder and I love carrying lots of stuff

First, let me say just how much I *hate* bag and bank slot restrictions.  There will be no bag/bank slot limitations in our game (sorry leather/cloth workers, we’ll have better things for you to do though) but we will be reintroducing the concept of “carrying capacity” and other lovely terms that will be quite important to your character.  Now, because we are not a PvE, loot drop based game it will not matter quite as much but you will not be able to go out carrying 20 swords, 10 battleaxes, and 3 suits of plate armor.  This won’t be a game where you have to be so careful every time you go out into battle to properly select every single thing you are carrying but don’t expect to be carting around the inventory of your local dollar store either.

Final example: I want to play a mage who likes to play with fire, a lot.

After deciding that a female Tuatha De Danann gives you a nice little bonus and after some serious min-maxing, you now have a character you cleverly call Fiastrtr.  She cannot wield a heavy sword (at least not well) but now it is time to kick it up a notch.  You choose to take “The Vow” and in exchange for not letting cold iron/steel touch your skin, you increase your attunement with magic.  You also choose “You move like a pregnant yak!”  (Not the real name but I could not resist a movie quote) further reducing your usefulness in melee but once again increasing your magical attunement.  You also choose the very powerful “Victory or death” vow which means that when you are dying (but not dead yet) your body cannot be resurrected/healed by another player but well, enemies who are standing around you will not be happy.  Also, if you choose to sacrifice yourself heroically (when you are not dying), well, they will remember your name.

So, that’s a good start to explaining both how choices matter in the game but also a bit more regarding how CU really is a RPG at its core.  In addition, of course, this is just a teaser, much more to come.

P.S. For those who wish CU was a skill-based game, as that would really work well for this FP, we at CSE just think that for this MMORPG, a class-based game is the better choice.

Up next: I Still Hate Gold Sellers!