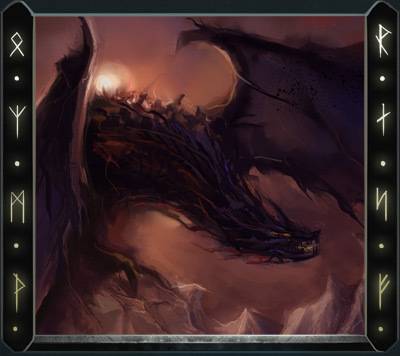 …our players are not children and this is not an intersection crossing. Over the years many MMORPG designers, me included, have employed various devices and mechanics in order to increase our games’ subscription base.  We removed points of frustration (I termed them “quit points” at Mythic), sped up the leveling curve (the argument being that games should not be harder to level than WoW), highlighted evolutionary or revolutionary new features to differentiate our games from our competition (extremely guilty as charged your honor!) and others too numerous to describe here.  While this has brought about some very good innovations, it also resulted in the vast majority of MMORPGs becoming easier to player, simpler to master and more “hand-holding” that their earlier brethren. These mechanics include speeding up of travel time (Players: “I don’t want to have to walk 20 minutes to get into the action because it feels like we are moving through mud”), lack of meaningful and/or punishing death penalties (Players: “OMG, I died because your random number generator is broken!  It’s not my fault!”), fast leveling systems (Players: “I don’t want to max my character 12 months from now; I only play once a week”), auction houses (Players: “Don’t force me to interact with other players to sell/buy stuff.  I have to do that in RL, I don’t want to do that in a game.”), easy to follow quest directions with full signage included (Players: “I don’t want to explore the world to find this NPC.  I don’t have that much time to waste!”), etc.  Players of course, relayed those “Player” statements to us back in my Dark Age of Camelot days on forums and through feedback/chat/Q&As/etc.  Now, none of these techniques is morally or ethically bad (since what is challenging for one gamer can be total frustration for another) nor are many players’ desires for an easier and faster playing game; and as a designer/developer/player, I absolutely agreed with some of them.  However, with the implementation of some of these techniques, much of what made earlier MMORPGs and RPGs unique and challenging was lost.  Many developers/publishers were and are so afraid to let the players lose, make mistakes, suffer any inconvenience, etc., that we have created a feedback loop whereby many players expect spoon fed content that goes down real easy, shown how to do everything, directed so they can’t make serious mistakes, etc.  This has in turn caused many players and designers to lose touch with what made success in earlier MMOs really mean something.  There are a plethora of clichés that I could choose right now but instead I will focus on “no risk, no reward.”

Based on a sampling of the sentiments on the various forums I lurk on and/or participate in, there is growing belief among players we’ve also lost some of the excitement and socialization that comes with making the right or wrong choice, losing a tough fight, having to interact/group with other players, etc. and many are growing weary of this trend. Whether the publishers originated this approach or simply supported and encouraged it, it’s a trend that we fully intend to run counter to with CU.

As an independent developer of a lower-budget, lower subscription target MMORPG (using today’s inflated scale), we retain more than our fair measure of creative freedom that I wouldn’t trade for a larger budget and longer development timeline (been there, done that).  I want the freedom to take some risks with this game without enduring sleepless nights as I worry about whether a feature (or lack thereof) will alienate too many players, anger the boss, piss off the investors, etc.  I like waking up thinking “This is a really freaking cool idea let’s try it!” or “Wasn’t it cool when you were wandering around in the dark not knowing what might jump out at you?” rather than having to endure conversations like “Mark, if we do this we can sell-in another 100K boxes.”  We need to look at the evolution of these games and see what features (or again, lack thereof) made older MMORPGs seem more immersive and/or challenging and dare I say it (dare, dare!), realistic, even if a minority of players complained about them in the past and might still complain about them now.

“No risk, no reward” may sound fine in principle but what does it mean when applied in the practice; let’s look at a few examples.

SWG was, I believe, the first MMORPG to innovate with this terrific timesaving feature which was especially helpful in MMORPGs that had large maps, confusing terrain, and/or indoor spaces, difficult to find NPCs, etc.  However, over the years, this feature has, IMO, unexpectedly not only increased the perception of or ability for, grinding in MMORPGs (more on this in another post) but also damaged the feeling of immersion and suspension of disbelief among many of these games’ player-base.  By always knowing where you are going and eliminating the chance of getting lost, we also lost some of the frustration but also the fun and feeling of discovery, of exploring and gaining familiarity with a new world and the satisfaction that entailed.  In CU, there will be no blinking lines to follow, maps will be very simplistic and non-interactive (except in certain locations) and players will need to learn the world’s terrain to have the best chance to succeed.

The addition of auction houses made it quite convenient for players to exchange goods.  They have evolved over time from static locations with interactive auctioneers to, in some games, the ability for the player to buy and sell goods anywhere in the world.  While this feature is quite popular (especially for pack rats like me), it has come at the cost of decreasing socialization between players and possibly, an increased sense of disconnection with the game as a world, rather than the world as a game.  Again, a great feature for some games but in CU, we will have no auction house (though a commodities market *may* be an option due to the difference between gathered resources and crafted goods).  Instead, crafters will control shops that they can run themselves or they can barter their goods in parts of towns that we have customized and optimized for that specific purpose. Player shops are not innovative of course but they will be crucial in helping to build a larger sense of community among our players.  CU will also have ways that players/guilds can group together in order to sell their goods but still with in-game merchants, rather than having to sell it by themselves.

Case #3 – Respecs and/or borking your build

When first conceived, respecs were hailed as a great innovation for both players and developers alike.  While their overuse occasionally resulted in “flavor of the month” problems, they served as both a safety net for players who wanted to rebuild their character(s) for a variety of reasons.  In CU, while we want our players to have as much flexibility as they can within our class-based system, we will leave it up to them to decide if a certain combination of skills/abilities is a good idea and then, for the most part, hold them to that decision.  While players of CU will have limited access to respecs, they will be difficult to acquire except when made necessary by a major change to the character class, in which case the players will, of course, get a free class respec.  Now, we do not want the players to perceive CU as being unduly draconian but if players are looking to create one character and then constantly respec them, that avenue will not be available to them.  While this, as a side effect, encourages players to play alts (okay, personal bias here, I love alts), it will also encourage players to work with their chosen class instead of quickly just abandoning a build and playing something else because they believe they made a bad choice(s).  BTW, we will not be selling respec tokens or anything similar, even if we have a cash shop, because that would be both disrespectful to the player and run counter to my belief in the differences between FTP and P2P games.

While there are endless other examples, it is time to end this extremely lengthy piece.  To sum up, Camelot Unchained will not hold your hand, it will allow you to make mistakes, it will encourage you to take risks, but most importantly, it will reward you for doing so and yes, if you make some bad decisions it will not always be easy to undo them, old school style.

Up next: Choice matters