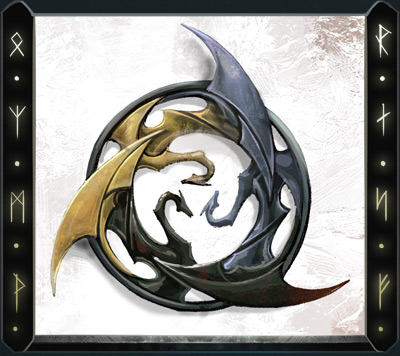 CU is a TriRealm™, RvR-focused game. It is not an RvR-centric game like Dark Age of Camelot and it is certainly not a “just bolt on the RvR; that will work!” game like so many others. It is as pure an RvR game that I have ever worked on, plain and simple. Everything in this game is geared to the TriRealm concept, whether it is the crafting system, housing, skill progression, etc. You will explore, fight, capture, level, etc. all within a competitive RvR world that was crafted with this FP in mind.

“Hey Mr. Wizard! How about an example or two?” Sure, easily done. Let’s look at crafters for example. Our crafters will never have to worry about whether the gear that they make, the arrows that they fletch nor the ring that they forged in the fires of Mount Doom…, whoops, wrong game, sorry, being eclipsed by something that is dropped by a hummingbird, even if it is the “WORLD’S LARGEST HUMMINGBIRD THAT SHOOTS LASER BEAMS FROM ITS EYES.” The best way to accomplish this is to ensure that there are no drops of powerful items from NPCs. Secondly, to make sure that the first point is followed, let’s just say that there are no NPC drops at all and damn few NPCs. That’s right, as an RvR-focused game hummingbirds won’t be dropping rare and unique items; well, unless you consider bird poop rare and unique. You will get rewards for killing other players, other players’ helpers and some stuff in the world but it won’t be gear and we will also not offer tokens. Tokens are for subways and some pinball and arcade games, not for this game. I was and remain a fan of that type of system for a different game(s) but not for this game. I want my crafters to know that there is no chance that the stuff they are making can be eclipsed by anything dropped or buyable through the non-player shops with but one exception. That exception is if there are not enough crafters, we reserve the right to make sure that things like population imbalance do not end up in a cascading and insurmountable disaster for a realm.

“Okay, not bad. How about stuff like leveling combat-type skills?” Well, that’s even easier. Our progression systems will be based solely on the activities that you are participating in directly (“Die Die. Kill you all. Make you suffer!”) or (“Heal Heal. Heal you all. Make you whole!”) or simply by otherwise helping out in RvR, even if you aren’t very good at it. The reward/leveling systems are a lot more complicated than that and I’ll talk about them in a separate post entitled “Level me up Snotty” coming soon to this blog and man oh man, will that post stir up some interesting reactions. Know that I’m a fan of “You are what you do” gameplay as well as a class-based system for this kind of game so…

“One last question, an oldie but a goody. How are you going to break up the zergs that make RvR so much fun!” This is a more complicated one and frankly is the perfect example how I’ve told the team we have to approach RvR holistically (don’t even say it, I know what you are thinking) and not look for a silver bullet (or even arrow) to deal with that problem. Since RvR isn’t our endgame, the vast majority of the world’s map (sorry, I still believe in protecting freshly minted characters, so feel free to mock this choice) is going to be open, unlocked and available for your raiding, looting and RvRing pleasure. But that’s not enough, we will also have very, very limited fast travel options. Moreover, while having lots of extended CC abilities is a tad bit controversial, we will certainly have some CC (as well as resists and ways to clear the CC) so that smaller groups can have a better chance at dealing with larger groups. Having a rather large world map, almost no fast travel, and some CC abilities is a good start but we need even more and we’ll detail that in later blogs. Oh, and no “Pop goes the Arthurian.” When you die, and you will die; don’t expect to simply pop back up and get right back in the fight. It is going to be a lot more complicated than that. IMO, that gameplay style embodies some of the problems with many modern MMOs, death without consequence, “easy in” and “easy out” RvR, 6-year old kids’ soccer match, etc. RvR combat must be fun, challenging, exciting and losing must hurt a bit or it means nothing.

“Okay, I lied. How about another question? What if we don’t want to RvR that day but still want to have fun in the game?” Well, that is where housing, crafting and other systems will come into play. As a RvR-focused game, players will need all sorts of items and the crafters will have to supply them. Whether it is arrows, armor, gold for the mint, etc., there’s always going to be somebody who needs something and that’s where crafting comes in. And if you don’t feel like crafting, well, the housing/buildings system are waiting for you. And if that isn’t enough there will be RvR missions that you can undertake that won’t involve sacking a keep but could still involve some RvR (in an open world, not instanced, k thx bye) if you get unlucky. And if that is not enough, well, we will have some other things that you can do but we are an RvR-focused game and if you are not feeling it that night and nothing we have interests you, well, it’s time to take a break, just like any other game. I cannot promise you that CU will meet all your needs for an MMO. It cannot be all things to all people but it can be a great RvR-focused game with your help, feedback, support and involvement. If on some nights it isn’t what you are looking for, well, that’s okay, your realm’s enemies will be still waiting for you when you get back.

If you looking for a game that captures the spirit, challenge and excitement of RvR, you have come to the right place. Oh, did I forget to mention territorial control, RvR leaderboards, extremely limited “normal” instances (special events, special unlocks, etc.) and most importantly, getting to know and hate your enemies with a passion and being rewarded for doing so? And no Virginia, cross-realm characters on a server is a no-no and of course, we will have multiple servers but there is a Santa Claus N.O.ME., at least in March on Oz. 🙂

Up next: You should always hold the hands of your children while crossing busy intersections but not here!