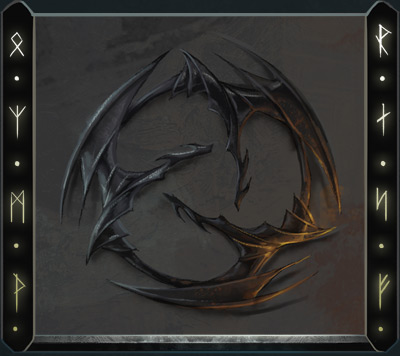 It’s time for another Andrew post! One of the things I remember about the earliest days of MMORPGs was that any time you got a bunch of UO or EQ players together in a room, the conversation would inevitably take a turn towards, “Oh really? Well let me tell you about this crazy thing that happened to MY character…”

Every player’s character had their own story, and that’s something we’ve largely lost in the most recent crop of MMOs. Don’t get me wrong; the last MMO I spent much time playing had a great storyline. It had a meaningful plot. It had villains and heroes. It had moving characters with their own histories and lives, and I cared about them. But that story wasn’t really my story. It was the story the designers were telling me, and they were telling the same story to every character of my class/race/tribe/whatever. I loved their story, but once I got to the end of it I drifted away from the game the same way you’d put a book or movie back on the shelf after finishing it.

When I talk to other people who’ve played that same game, the conversation is more like, “Hey, you should go back and try this other class; it’s got some cool things in it.” There’s not much more to say, other than maybe, “Hey, remember that thing that we all saw? That was pretty cool. Yeah…cool.”

If there’s one overarching goal that I hope we achieve with this game, guiding all the other principles we’ve talked about, it’s to move very firmly back to a place where every character has their own story. For me that’s the appeal of RvR and a player-driven economy — your interactions with other players aren’t going to be the same as everyone else’s. It’s the motivation for the way we’re designing our crafting system — we want players to be able to craft items that we didn’t exactly and precisely plan out in advance, that aren’t exactly what someone else would make. It’s one of the motivations for player housing — given a chance to make your own home, you won’t express yourself the way anyone else would.

That’s the high concept stuff. But there’s another side to this philosophy that happens at a smaller level, in your minute-to-minute interactions with the world. Mark’s talked about randomness in his Foundational Principle #8, and that’s a big part of this, but you can only take that randomness so far before you risk giving players the feeling that they were beaten by invisible dice rather than their opponent. You never want someone to feel like, because of blind luck, they’re playing a harder game than someone else. And that’s where other systems have to take over — systems that are chaotic, but still completely deterministic. Systems that interact with each other in interesting ways to produce results you couldn’t have predicted, even though they’re following strict, consistent, and predictable and rules. It’s Conway’s Game of Life. It’s the aggregate intelligence of a colony of mindless ants. It’s getting saved from a giant by a really angry mudcrab.

And that brings us to physics. As soon as you make physics part of your gameplay, you open up the possibility for things to happen beyond just the simplistic model of pen-and-paper combat.  That castle wall didn’t just “become destroyed”. The chunk you took out landed someplace, and maybe on someone. That fireball didn’t just “miss”. It had a location in the world, and if it didn’t hit what the target then it had to go someplace else. If someone else jumps in the way they’re going to get a nasty surprise — or heroically save their friend! And either way, it’s a story. It’s something that happened to you that didn’t happen to someone else. It’s the stuff YouTube videos are made of.

Over a decade ago I had the good fortune to work on one of the Myth series of games. Those games absolutely nailed what I’m talking about here. I can’t take credit for the way they did, because I didn’t come in until the sequel to the sequel, but I can say I learned a lot from it. Here’s just one randomly selected video of a multiplayer game. The important part (and there are parts like this in almost any video of the series) is from 2:49 to 3:20, when one of the players accidentally takes out a good chunk of his own troops. Everyone laughs. The guy who did it isn’t exactly happy, but he doesn’t feel cheated either. It wasn’t something the game did to him, and it wasn’t random. It was the chaotic yet completely predictable consequence of his actions. And moreover, the “Error of Tiny’s Ways” has created a tiny story. It’s something that can be retold over a beer. It’s fun and meaningful to those particular players in a way that no voice-acted cutscene can be.

Physics aren’t an end in themselves. We’re going to try to hit the right balance. As just one obvious example, you won’t be able to use physics to crush or blow up your own side. (Because of griefers and traitors, that’s why!) But by allowing that element of chaos into the world, we allow every player’s experience to be different. It’s less control for us as developers, but we’re not afraid to embrace that.