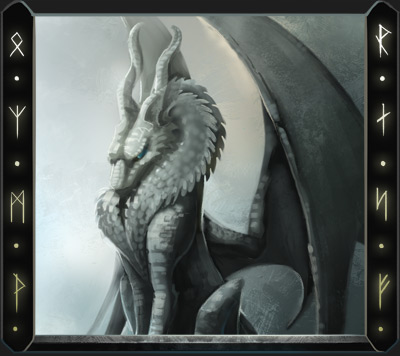 Foundational Principle #11 – Sandboxes are great fun for kids and adults as well!

I love sandbox games (SBGs) but the word sandbox has already fallen into the category of overuse by game developers seeking to use this hot buzzword to describe and build hype for their games. While Minecraft was not the first sandbox game, it has really earned the right to be described as the epitome of this type of game, as it is was and continues to be brilliantly iterated on by Mojang and the Minecraft community. However, applying the term to an MMORPG is a bit of a stretch for most MMORPGs because of the many fundamental differences between them and games such as Minecraft. So, before we begin, let me categorically state that “CU is not a true sandbox MMORPG” just as I believe the vast majority of MMOs/games that are calling their games SBGs are not true SBGs.  IMO, a true sandbox MMORPG would allow the player to build out his stats, skills, alter the world, etc. without most of the fixed conventions and limitations that are found in CU and most other RPGs.  However, I do believe that we and other MMO developers can learn from and adapt the concept of SBGs but we should not promote our games as “The One Sandbox MMO to Rule them all” unless they really are true SBGs.  In concept, CU will be a MMORPG with a limited number of strong sandbox systems, especially in RvR, that will help differentiate it from much of the competition. One of my goals with CU’s design was to look at the concept of sandboxing in terms of all relevant systems and determine where to best apply it. In doing so, I looked at all aspects of this game including character skills, classes, magic system, crafting, building, etc. to determine where we would be best served by utilizing a more building block approach to the system(s) or much more rigid approach. In terms of the physical world, I looked at applying the concept of a truly open world to CU’s RvR system, since the terms open world and sandbox are not necessarily synonymous. However, you cannot spell sandbox without the word box (well, you can try but don’t enter a “spelling bee” and hope to win it) and as such, there will be multiple boxes in this game to help ensure that things can’t get too far out of balance. In some cases, it will be a very large box (such as RvR); in other cases, it may be a very small box (such as the class/skill systems) as needed for balance, overall gameplay enjoyment, and, of course, practicality. As usual, let us see how these concepts fit into my vision for various aspects of CU’s design.

IMO, in a true SBRPG a player’s actions within the game would dictate character evolution and progression. There would be no restrictions on what weapons he uses, what armor he wears, what spells he casts, actions would have consequences, etc. While there still has to be some kind of box around it, just as in Minecraft where you have a limited number of core “recipes” for items, an SBRPG needs some limitations as well. A player’s statistics will increase/decrease based on what players do within the game; using heavy weapons will increase strength, using magic will increase attunements, etc. and other statistical changes will also be based on what happens to the character within the game. While CU does have a strong class system, we will not impose strict limitations on armor, weapons, etc. based on classes but there will be trade-offs that the player will have to consider for wearing and using certain items/materials. Therefore, while we get some “sandbox points” (SBPs) for a character’s statistical evolution and non-class limited weapons and armor, we also lose points for the strong class-based system (though there are elements within the class system that will garner more SBPs when we talk about them during the Kickstarter).  Thus, as far as character/class system is concerned we may have some sandbox elements in our game but we cannot in good conscience call it a true SBRPG.

Next, let us turn to the concept of how to fit my vision for CU’s crafting system within a SBG. In most RPGs, the crafting systems are simply recipe-based systems that hide the spreadsheet data through multiple levels of obfuscation and/or UI (user interface). There is nothing wrong with that of course, since even in our world there is usually a pre-determined, consistent and non-random outcome when we combine some elements, materials, etc.  However, most RPGs base their systems on the principle that when players combine specific items in a pre-determined manner, the system returns a specific and consistent result, even when the game applies some randomness to make the systems seem more interesting. Back in my MUD days, I experimented with a crafting system for what was to be my third MUD, Aradath 2, where the properties of the items themselves determined what would happen when you combine them utilizing a more alchemic approach rather than a pre-set recipe-based manner. As I have said before, my goal is to implement a crafting system where the crafters are putting in the same amount of time into crafting as the RvRers are spending in combat and the implementation what amounts to an alchemy-based system for the creation of items aligns beautifully with that goal. I’m sure when people read this post they will also be reminded of what I wanted to do with WAR’s system and they would be right (and I know that will also scare some people but I expect and respect that) of course. We never came close to implementing the system I had hoped to do with that game but I still do believe that such a crafting system is possible for CU given both the very different natures of these games and the time and resources we are going to devote to it.  Additionally, we are going to start work on this system from day one and not wait until almost the last minute to build and iterate upon it.  If we can make this happen, we will have a crafting system that will be an interesting and strong implementation of the sandbox mechanic. Even if we have to scale back on the system’s rather lofty goals, I believe that there will be enough interesting elements there to earn us some SBPs, especially in comparison to most MMORPGs. No matter what the exact final shape of this system, I promise that it will not be simply a “take some materials, push a button” crafting system.

Last, but certainly not least, let us focus on the part of our game where we can claim the strongest use of the sandbox and open-world mechanics, RvR. Because we are eschewing PvE, we are also simultaneously saying goodbye to the most linear of all MMORPGs elements, the storyline. Of all the things that make the vast majority of MMORPGs feel like theme parks, it is how the designers lay out and intertwine the story arc, world and a character’s progression through them. CU will have a strong backstory of course but CU will not have a story arc created by a writer; rather the players will write that story as their accomplishments both fill out and change the world. While CU does have a box around it (for example, you can’t eliminate the other side(s) from the game and/or drive them from the whole world), the players themselves, and not the designers, shape and evolve the territory on which the RvR action unfolds. We will give the players the tools that they need to capture and control territories, to build and teardown structures, to engage nightly in RvR battles and to call upon forces that can physically change the world but in what order/manner this happens is based solely on the players’ actions and not a pre-determined story arc. While we will lay out the world’s topography and we will place a limited number of some key structures throughout it, it will be the players who will determine where the vast majority of the structures are placed and how they will be arranged, what their function is and even their power. This is truly the embodiment of the sandbox mechanic, as it will apply to CU and any other game of the same type and besides, maybe there are some rather powerful beings that even do more than simply building and destroying structures.

What this all means is that CU cannot rightfully claim to be a “true sandbox MMORPG” but what it can be is an MMORPG that will have more in common with sandbox games than theme-park games and once that goal is accomplished, well, that’s where updates come into play.

BTW, sorry that this posting was pushed back a few days but the first draft was really bad and while I am not 100% thrilled with this one, it wasn’t not bad enough to make me do the whole “Chief Inspector Dreyfus” bit while reviewing it so it will suffice for now.

Next up: Foundational Principle #12 – Speed Matters