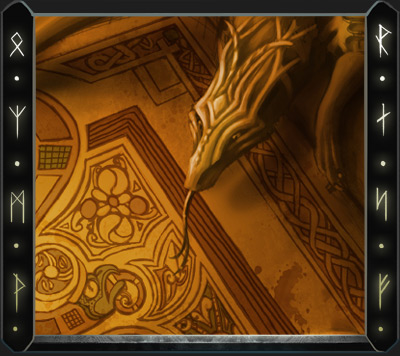 Foundational Principle #1 – Be willing to take risks, even if fortune doesn’t always favor the bold

Being safe is for tourists and for most casual games. This is the wrong game, wrong genre, wrong developer and wrong time to be safe. We will take chances with lots of aspects of this game. We are not afraid to take a stance on what we believe will make a great game even if it means angering (and losing) some potential customers. To quote one of my favorite movies, “This is a revolution dammit! We are going to have to offend somebody.”

To say this game’s design will be fraught with risks is an understatement. I know it would be very easy just to go out and use buzzwords like “sandbox” lots and lots in describing this game to attract players and investors. I could also go out and talk about how this game “Will revolutionize PvE!” and attract another group of players and investors (that whole mass market thing) but yet I choose to make an RvR-focused game that even if successful has no chance of threatening Dark Age of Camelot’s peak subs (250k), let alone something much larger like EQ1. What I want to do is take chances with this game that most, if not all, publishers wouldn’t want to take with it and that’s exactly what we are going to do. You may be thinking, “that sounds good but WTF does it really mean to me?” It means that we are designing this game from the ground up by tossing out all of the MMORPG tropes that have involved since the first MUD crawled up out of the ether and blinked across a screen. I don’t really care if MMORPGs have been evolving in a certain direction whether over the last five years or fifteen years. All I and the team care about is what will make this game great and that will mean taking chances with the game’s design and again, be willing to piss some people off. And we are ready, willing and able to do that. We won’t include features just to gain a slightly larger market share. I won’t put (or allow anything to be put into the design by others) things that are there simply to gain more users at both the expense of other players and that are in conflict with the FPs. However, I may also put in some features that some people might not consider fun (like true day/night cycle, slower and different leveling systems, extremely limited fast travel, no PvE leveling/gear grind) because I believe that will make this a better game for our niche. It also means a willingness to take some chances with new design ideas as I’ve done in the past, even if it blows up in our face. Both Dark Age of Camelot and Warhammer Online contained lots of risky game design decisions. Some worked well, some not so well and some flopped big-time but I’ve never been and never will be risk adverse. The game will have some very old school elements but it will also have some new ideas and twists and that means taking chances, big-time. Being totally independent again means I can take these chances the way I did in the past and that feels great.

Over the next few weeks I’ll be talking about some of the risks we’ll be taking. If the Kickstarter funds, during the game’s development I’m sure the Backers and our team will come up with more new and risky ideas for us to experiment with. Sounds like fun to me. If it sounds like fun to you, I hope we will have your support for Kickstarter. If not, I thank you for taking the time to read this and possibly our other developer blog entries as well.

Up next: RvR, it’s just not for endgame anymore!