Fall has come in more ways than one this week. The trees around us on the East Coast continue to change to a rainbow of warm colors, matching the many pumpkins still remaining on picturesque Virginia porches. While the weather is great, what is even greater is the progress Andrew has made on rubble, showing off buildings falling apart in his recent livestreams! As I write this, he’s currently coding away live, explaining all the details of getting buildings to fall apart realistically. To see things in action, check out Andrew’s Twitter feed HERE. It’s some great progress on top of all the other work we have going on!

For art this week, we start off with an image of one of the casting animations Scott has been working on. As stated above, we’re beginning with a few shared animations covering various types of spells, such as projectile, summon, and AoE. To make it clear what the casters are doing, Ben and I (Tyler) came up with some regions around the character where the animations take place, such as above the head, to left or right side, or front and center. Once we have lots of testing on the mage abilities, we’ll look at adding in more unique animations to differentiate the classes and maybe add more flair to specific abilities. 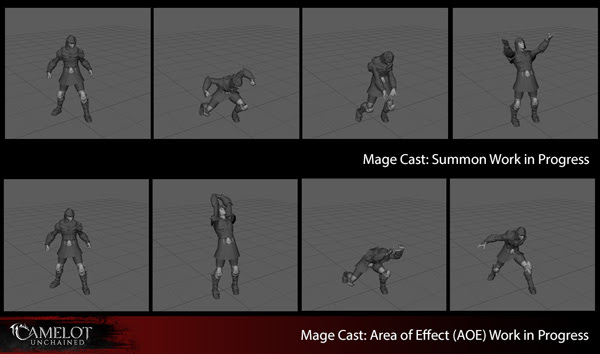 Scott added this extra dramatic shot of one of the poses he’s working on. 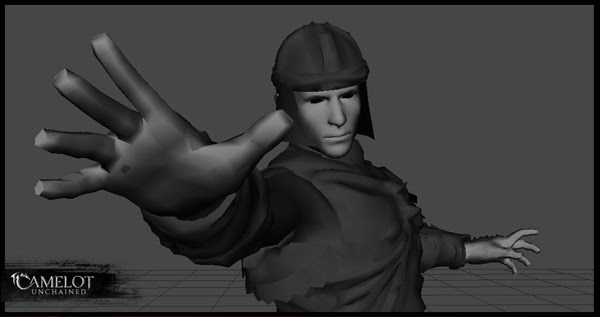 Next, we have a WIP shot of the “before” (left) and “after” (right) Arthurian heavy armor from Jon. As you can see, our character’s proportions are much improved, allowing for a stronger silhouette. Our previous version has more of a capsule body, with little variation from shoulder to waist and hips. The characters were also a bit bulkier, which gave them a weaker silhouette. The new version also uses less polys, improving performance. We’re still working on these guys, so expect them to continue changing. Jon also gave the new version a fresh coat of paint with much more detail, which, thanks to our UV/Texture changes, will be better retained in-game. 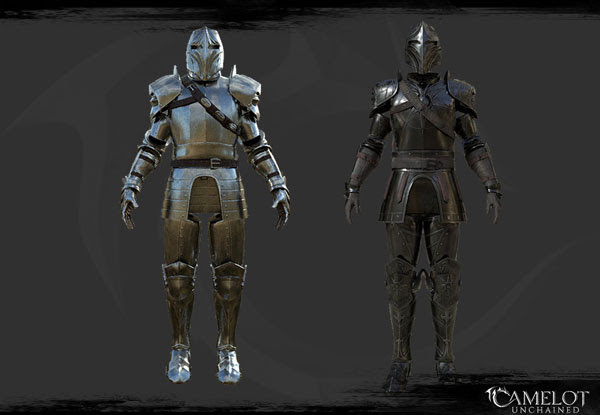 Here’s a sneak peek into all the work that goes into concepting our UI. Michelle created a whole bunch of different approaches to the simplified health bar. 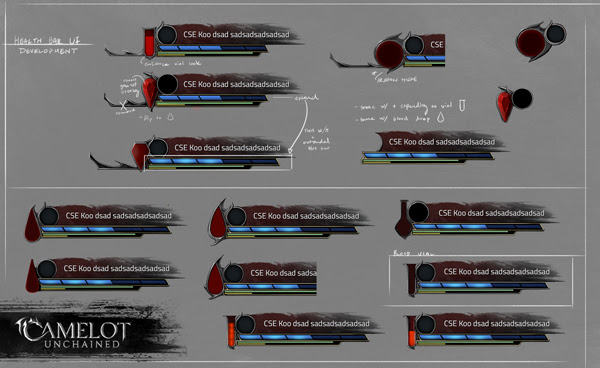 If you missed this month’s newsletter, you can find it HERE. Lots of great stuff in there, including a bunch of new images of the amazing buildings our Builders’ Brigade made in C.U.B.E.. Here’s a couple of my favorites. 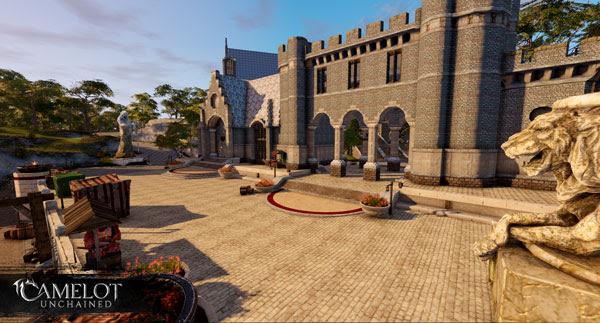 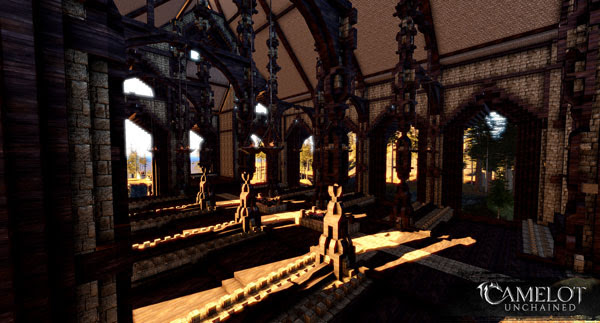 To finish up, we have this great little accident that was posted in our animation Discord channel. I think something went wrong? 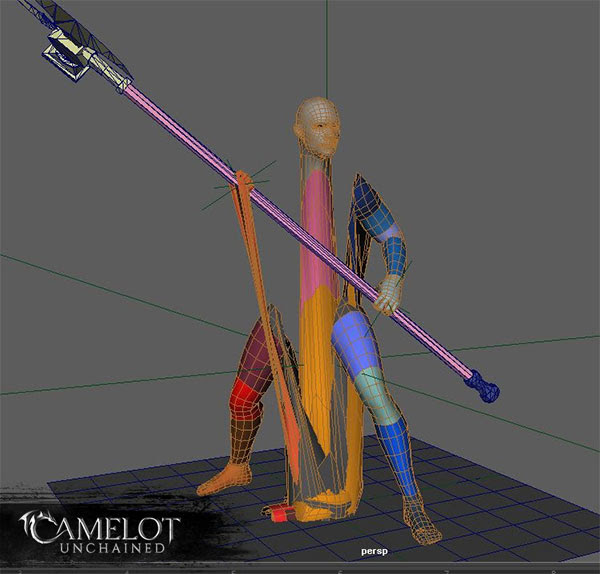 And that’s it for this week’s update. We’ve got several big features still in the oven that will really improve the game moving forward. Once this work is in, we’ll get into some serious testing to smooth out all the bugs inherent in such big changes. I’m particularly excited for the 64bit client, which will allow me to put some more art into the game. Moving forward, the switch to Coherent will also allow us to do more cool things with our UI. That doesn’t even touch on the updated characters and animations further down the pipe!

Lots of cool things we’re excited to share with you all! We’ll CU next week!