Welcome back to your weekly update, courtesy of CSE. Our goal each week is to keep our enthusiastic and patient Backers updated on the work we’re carrying out. This week, it feels like Autumn has finally arrived, at least in our local area. Things suddenly got a bit chilly, and stylish woolen jackets started showing up in the office instead of just gamer-themed t-shirts.  And given that it is this time of year, along with the stylish woolen jackets also came the usual Fall illnesses. Nonetheless, work continues on some cool new tech and some great art updates.

If you missed today’s live stream and Q&A with me (Mark), you can find that here.

We slowly ramped up testing this week up to Beta 1 players. If you missed any of these tests, keep an eye on our tentative testing schedule HERE.

We’ll be running a three-hour test tomorrow, Saturday, October 20th, 2018. The countdown for that test can be found here.

Let’s move on to this week’s Top Tenish, where we go over the highlights of the week’s work.
Top Tenish:

For art this week, we start off with an image of the updated Viking medium armor. Jon created updated geo according to the animators’ updated needs, and created new materials according to the improved layout. While we did build much of this to have a certain look, it can totally be mixed and matched with other pieces of armor. 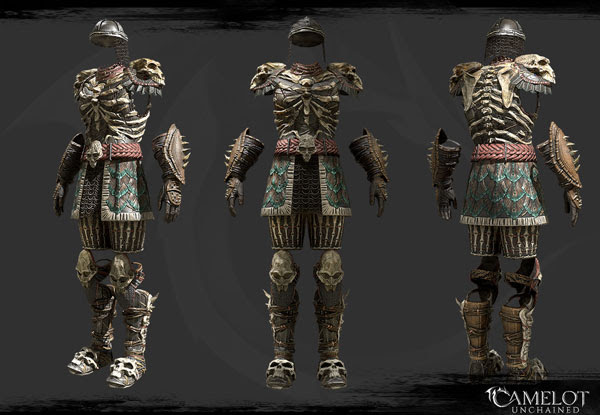 Tyler went a little stir-crazy this week and needed a break from production oversight. He gave Dionne a quick tutorial on how he’s been making terrain textures. So first, he made a bark texture for Dionne’s new beech trees: 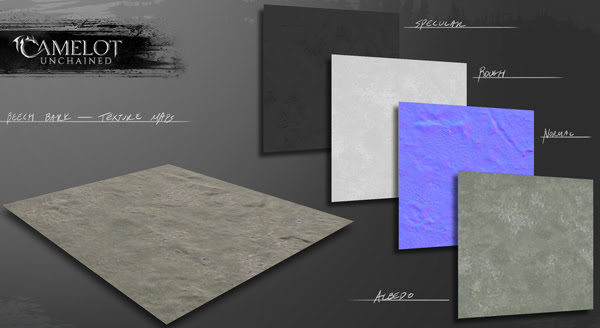 It’s amazing what you can get away with using smooth rocks, lichen, and moss. After that, he made a quick “dry grass” material: 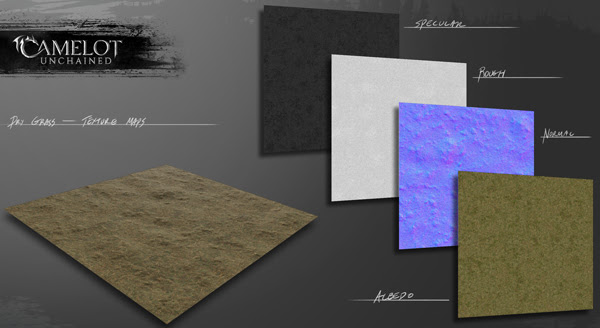 James, Michelle, JB, and AJ have been hard at work on the new crafting UI. In previous updates, we’ve shown bits and pieces of the work that went into it. Here’s a couple of images of the approved version, pending testing. 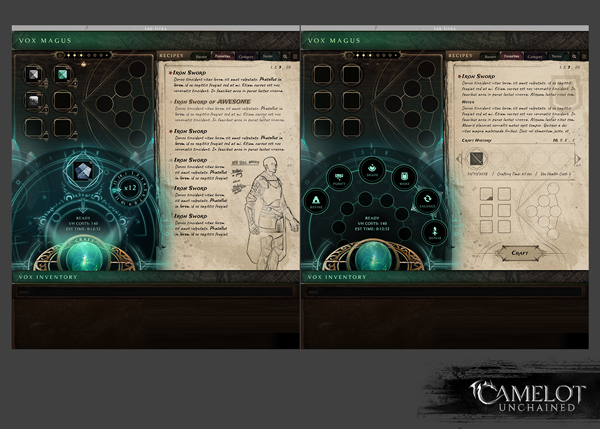 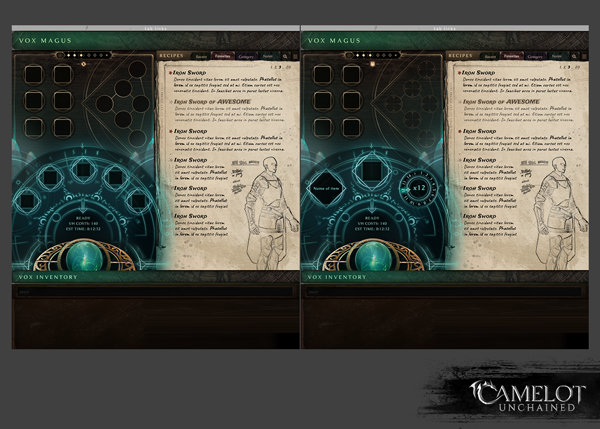 Sandra and Scott have been updating the old halberd animations to work with the updated styling and timing variation. This image shows some of the more dynamic posing, which also supports our intended variable timing for abilities. When we have a bit of time, we’ll get a render of some of these new animations in action. Setup and rendering can be a bit involved, so for now, we’re focused on churning through the content. 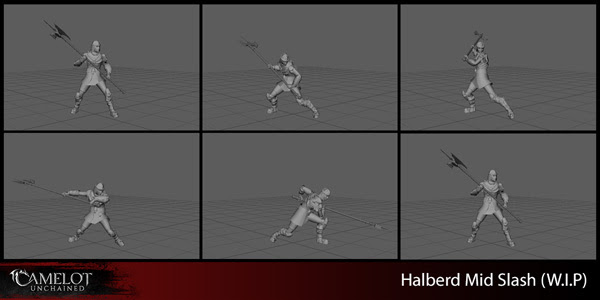 A lot of hard work and problem-solving is going into the updated character art, animation, and tech that will support these improvements. I’m very proud of our team, as we are clocking along at a good pace on the updates. Once all the supporting tech is in place, and most of the art is updated and tested, we can begin putting in our improved versions.

That wraps things up for us this week at CSE. Keep an eye on the tentative testing doc, and join us on Saturday if you feel like a little bloodletting, building, or crafting. Otherwise, CU next week! Feel free to catch us on our livestreams, especially our end of the week stream, in case you have any burning questions!

P.S. And as to a question asked for by one of our Backers in our livestream, yes, I finally went on vacation (for almost a whole week!) at the end of September!!!!