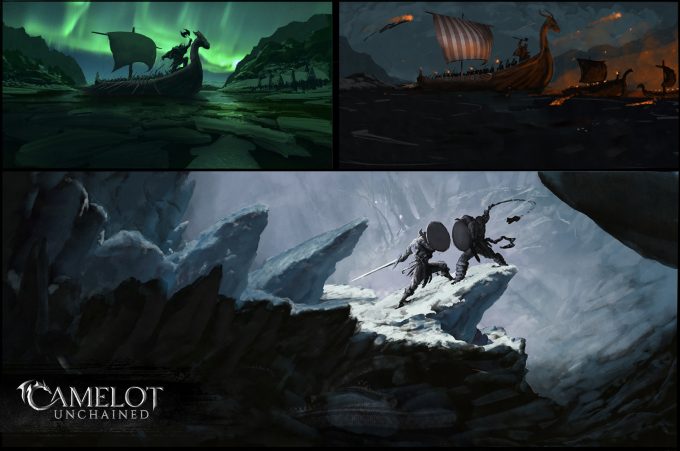 Happy Two Days Before Christmas, everybody! I hope this update finds you well. Everything at CSE is going great, and before we go off for our usual end of the year vacation/recharge/eat too much food shenanigans, we wanted to get you the latest word on what we have going on with Camelot Unchained.

And for those who missed it, you can check out this information and the usual Q&A in the December livestream here: https://www.twitch.tv/videos/1241709165

First up, we’ve got the final pass on TDD realm artifacts before the color and breakdown stages! Below you can see the options for TDD-themed signs, lampposts, braziers, bridges, and statues to make up the realm’s full kit. 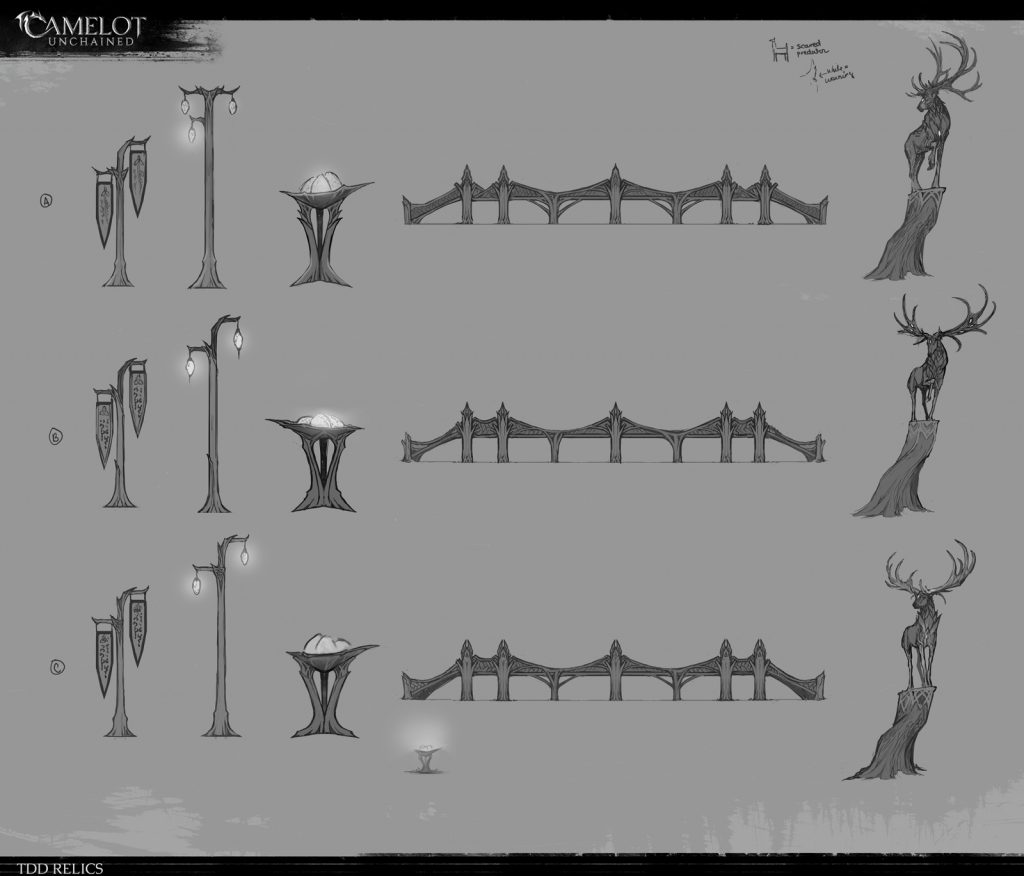 Moving from TDD to the Vikings, Dave is working on some exploratory key art for the Vikings. Here you can see some of the different approaches he’s been trying. Now that he’s knocked out the initial thumbnails and rough sketches, he’ll be working on a polished version of the combat scene below. 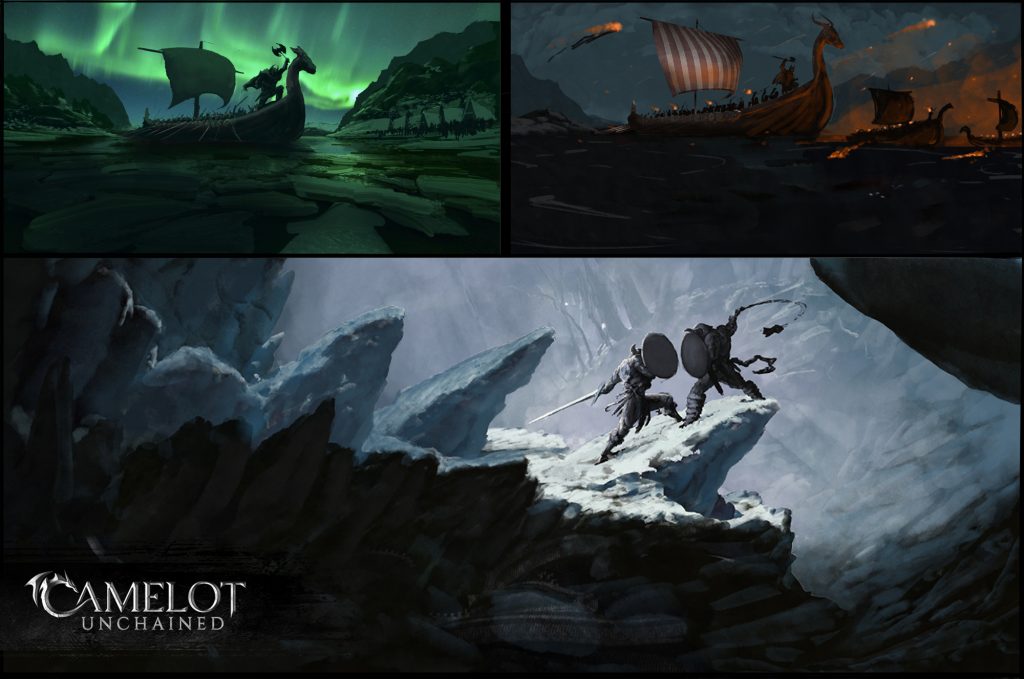 Meanwhile in the world of 3D, Jon’s taking Dave’s concepts for a Viking Heavy Armor set and sculpting it out, beginning with the high poly: 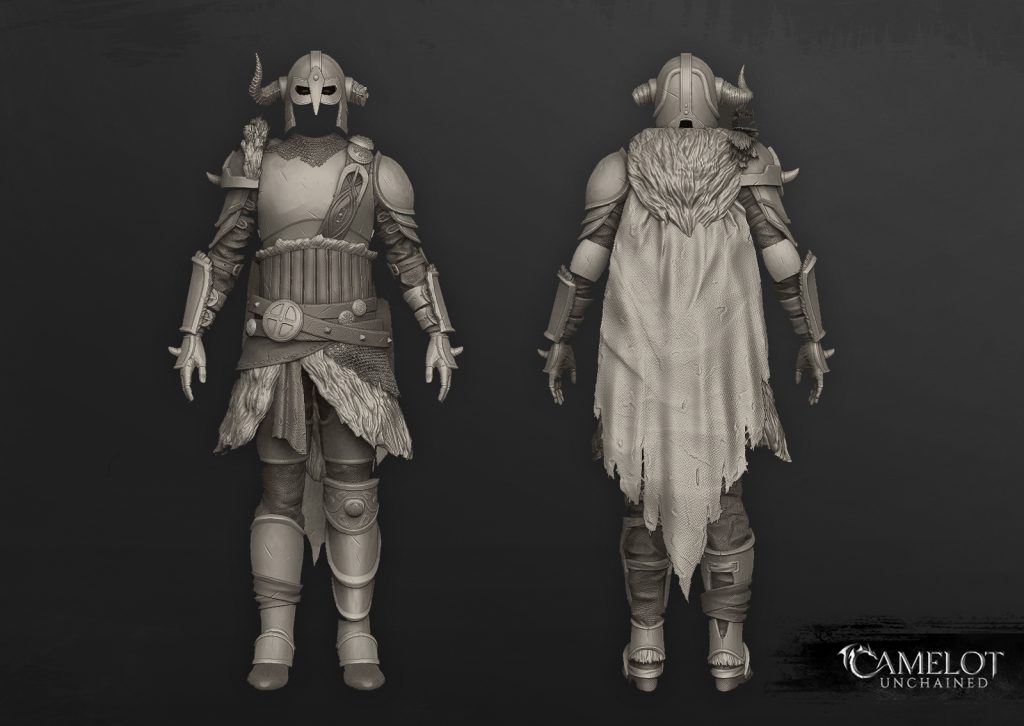 Keeping on in Viking territory, December is the month of the new Midgard home island! The Viking landing zone is now bigger, better, and definitely frostier, as befits the wintry holiday season.

We’ve added some areas outside the main dock area this month as well, including some farmsteads and fishing villages scattered around the countryside.

The biggest difference you may notice is the application of the Frozen Tundra biome to the zone. This update means all three realm home islands now have their primary biome represented on their home island. For the Vikings in particular, it also means Midgard is much more mountainous, boasting craggy hills and valleys, clusters of pine trees, and the snow-capped mountain views present in the original biome concept zone. 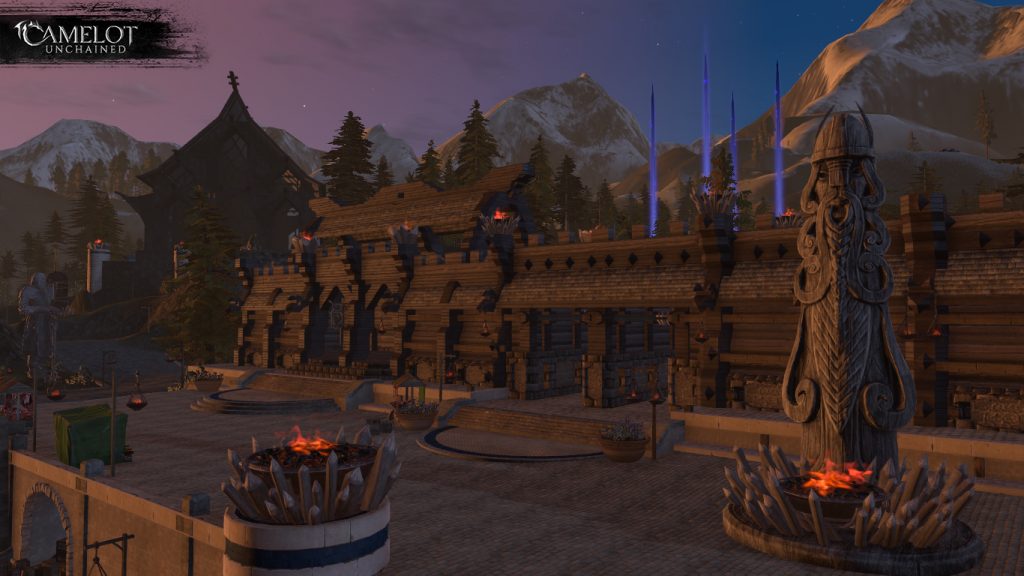 This island overhaul marks a major visual upgrade to the zone, all built around the major portals you’re already accustomed to using – that is, the Viking home island, now with more Viking mood! Use any existing Viking-affiliated portal in zones other than Midgard, or create a new Viking character and load in normally, to check out the new home island for yourself. 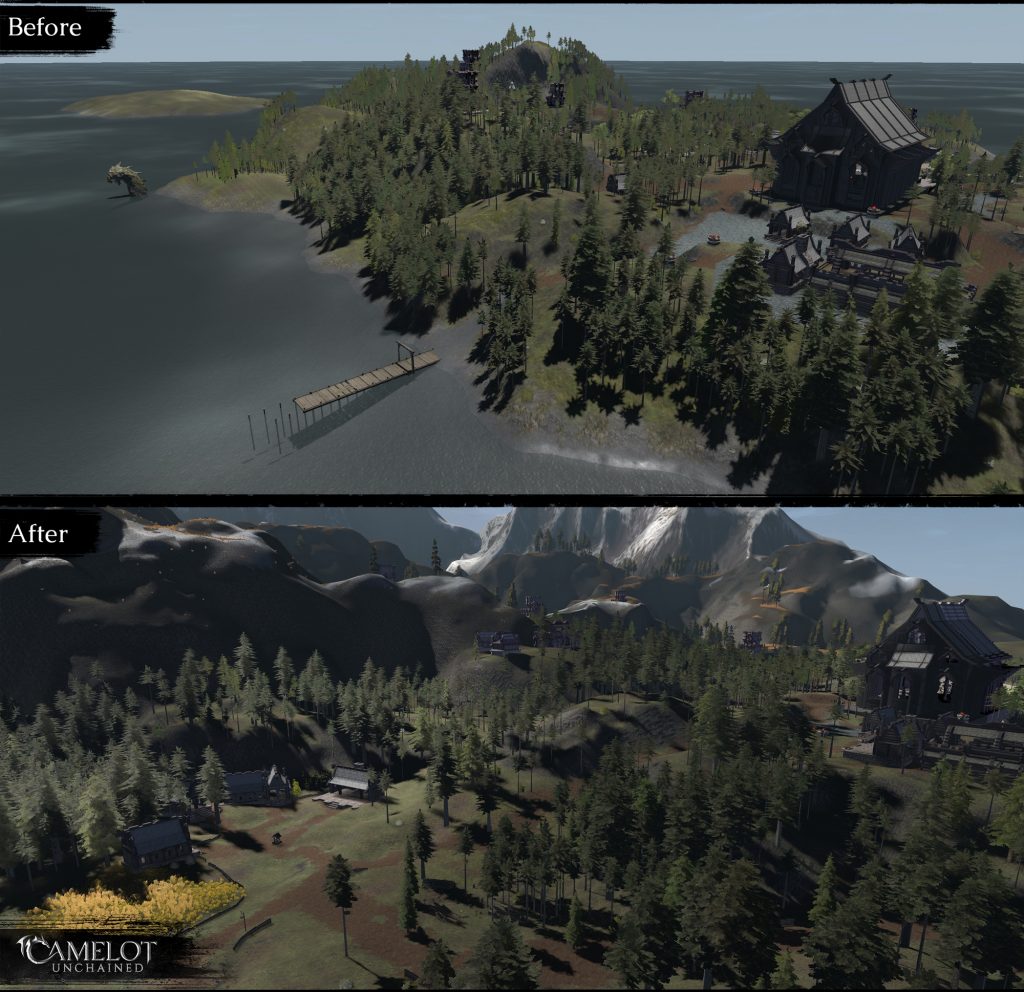 As the year comes to an end, I want to wish everyone a Merry Christmas, Happy Holidays, and most importantly, a safe, happy, and successful 2022. I’m sure it won’t be easy, because nothing these days ever is, but I hope it is as easy as possible for you, your family, and friends. May 2022 bring you joy, happiness, and a renewed sense of hope for the world as we hopefully exit the pandemic this coming year – for that is the most important thing we can do as a species and a world.

Nothing but the best wishes from my family to you and your family and friends. And as always, speaking on behalf of everybody at CSE, we thank you for your patience and support.