Oh, what a week! Middle of January, now in 218. What a very special time for us. As we remember, what a week… 🙂 Having now gone out of my lane a little with a music reference instead of a film one, time for a quick recap of everything that happened in a little over a week:

With that announcement, CSE and Camelot Unchained’s profile was raised (which Backers have been urging us to do for a long time), as we have gotten stories and pickup on these sites (in total 241 news/information/gaming sites have picked up our announcement) in alphabetical order, so nobody is offended with their placement:
http://www.eurogamer.net/articles/2018-01-19-why-the-people-behind-crowdfunded-camelot-unchained-wont-sell-spaceships-or-castles
https://www.gamasutra.com/view/news/313138/Mythic_founders_new_MMO_game_studio_nets_75M_in_funding.php
http://www.gamesindustry.biz/articles/2018-01-18-city-state-entertainment-lands-USD7-5m-from-mythic-investors
https://www.keenandgraev.com/2018/01/18/confirmed-no-new-mmorpgs-2018
http://massivelyop.com/2018/01/18/camelot-unchained-investment-mark-jacobs-interview-vr-beta-one/
https://www.mmorpg.com/camelot-unchained/interviews/exclusive-mark-jacobs-on-the-road-ahead-for-camelot-unchained-1000012413
https://venturebeat.com/2018/01/18/camelot-unchained-isnt-in-the-dark-ages-anymore-after-raising-7-5-million/

So thanks to all the great writers, journalists, and sites that took the time to talk to and write stories about us. It is much appreciated!

Ever since our re-abilitation began, we’ve felt like a bit like Sisyphus and his rock. Over the last few months though, even before the deal was signed, the top of the hill has looked ever closer with the upcoming Saturday Night Sieges and Beta 1. With this deal, not only are we confident about being able to get that rock over the top of the mountain, but doing so in style and even faster. That’s how I feel today, and I hope our Backers feel the same way. Now is certainly not the winter of our discontent; but rather, the winter of hope.

A very solid week for us here, as we continue to knock items off our to-do list!

For art this week, we start off with some images of new weapons from Jon, showing the in-game geo, high poly, and material passes. 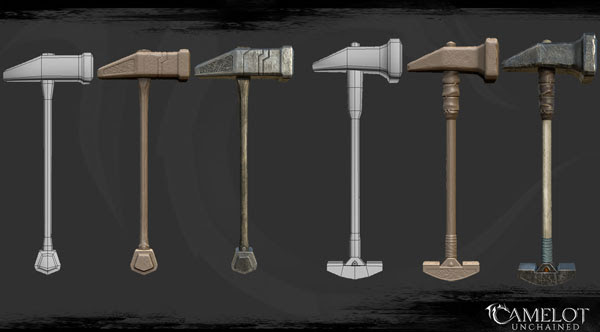 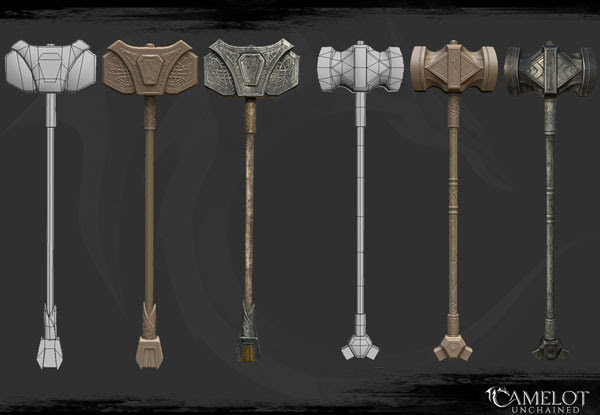 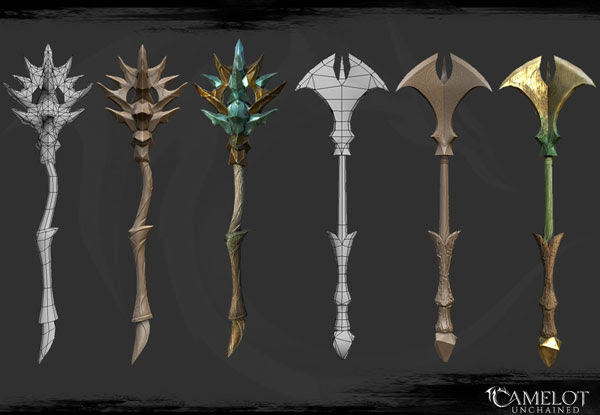 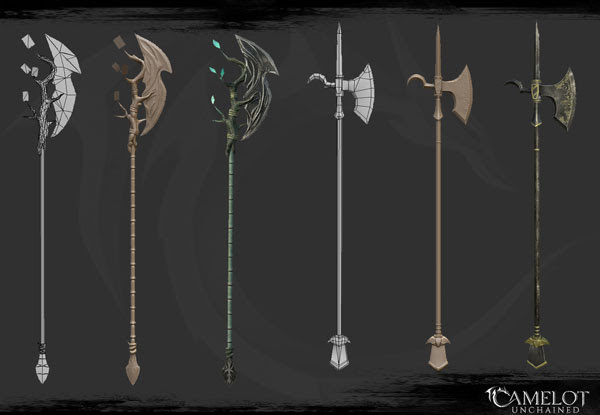 We’ll have even more weapon images next week! Look for these in player inventories soon, during our next test!

Next, we have a material breakdown of new terrain assets for the next scenario map. These are pulled from real-world scans and mixed into a terrain texture. Dionne is currently putting together the supporting mods to fill out the environment. We’ll have new shots once we get a bit farther along on the map! 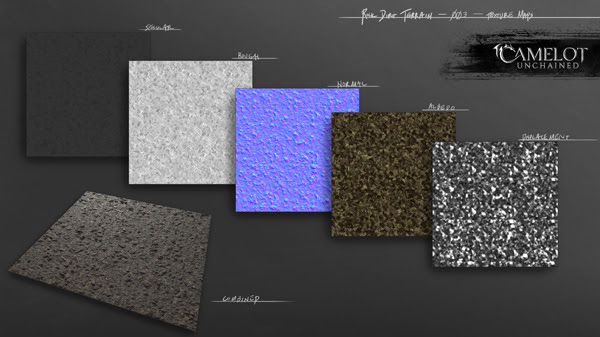 We’ve got some new slick UI art for the scenarios. These pieces are the first pass of elements for the victory and defeat screens from Michelle and James. Next James will begin working on animations for these with some purty VFX! 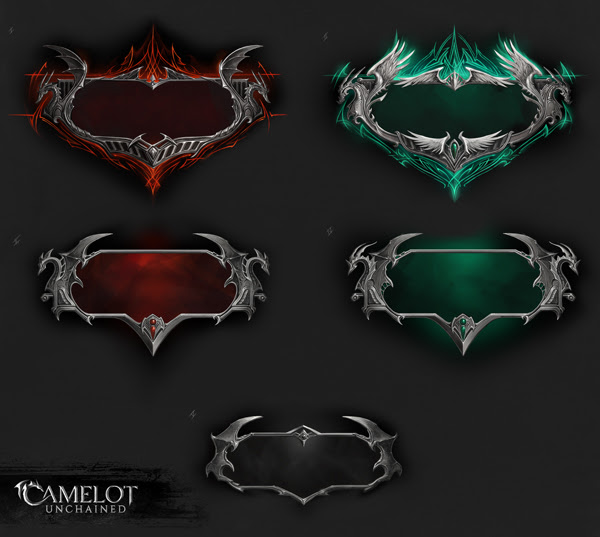 That wraps up the art for this week. Props to our artists for not only great-looking pieces, but also for the effort to create them.

It was a very big week for us, ending on a high note. Lots of work still to do, and we’re the right group of guys and gals to get it done!CU next week!

P.S. For an additional quick laugh this week, head over to MassivelyOPs coverage of Town State Liesure!