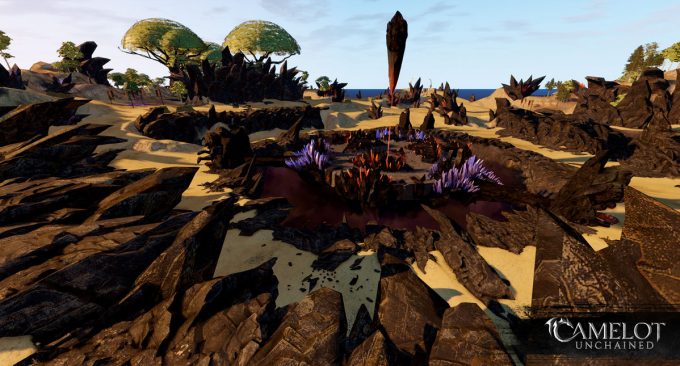 Happy Friday, all! We’re wrapping up the week here at CSE. It’s been busy, with lots of ongoing work on some bigger changes like Coherent integration and Andrew’s building concurrency management. Testing has therefore been light this week, but should pick up next week as some of these bigger changes begin landing! Keep an eye on the testing schedule HERE.

If you missed today’s live stream with Andrew and Tim, and a short appearance by myself (Tyler) to talk about animations, you can find that HERE.

If you’re new to CSE and Camelot Unchained, you might not know that we try to put out an update each week that highlights the week’s progress. This comes in the form of the aforementioned weekly stream, as well as our Top Tenish, which you can see below. Without further ado, let’s move on!
Top Tenish:

1. Tech – Coherent: We’re currently implementing the new communication layer between the game client and interface. We’re making sure rendering and input work properly. The next step will be to work with the Mod Squad to make sure all the different UI elements work properly on the new system.

2. Tech – Ability Builder and System Improvements: Rob and Caleb began prototyping some modified data structures and execution flow to be better consumed by the editor so abilities take less time to author. Additionally, we’re looking into making charges work more like resources, which are easier to work with on the ability creation side of things.

3. WIP – Tech – Building Concurrency Management: Andrew re-worked the building system’s method of managing concurrency into a standalone modular design. This makes the building code easier for other people to understand and work with, and reduces dependency on Andrew. More importantly, this means it can also be used for things like terrain, which has not run as well as buildings or client-side skill effects. This should unlock various things we’ve wanted for both of them.

4. WIP – Tech – Building Server: Colin began work on this server. It will let us offload expensive building operations, such as stability and damage, outside the game server to improve performance.

5. WIP – Tech/Art – Crafting UI: AJ has been working on the crafting UI, now hooked up to Christina’s API, allowing him to craft things. The next part will be updating the style work coming from Michelle and James.

6. Tech – Sound LODs: Dave completed work that allows the Wwise engine to be more performant, as it is no longer getting overloaded with sound events! This allows dB to move forward on some of his work.

7. WIP – Tech – Distortion Shader: This shader will allow us to do things like heat haze, which may be helpful for our mage, the Flame Warden! The first pass is in review, and will get more functionality later.

8. WIP – Combat Music System: dB is moving some sample instruments around to make room for a more “mega symphonic” sample instrument. This will allow us to have smaller voice counts when we’re trying to making something sound big and epic. The goal here is epic combat music without a performance hit.

9. Art – WIP – Characters 2.0: We’re continuing to update the old meshes from nude all the way through armor. These improvements fix some proportion issues, use the new UV setup to improve texture fidelity, as well as better bone placement, geometry, and weighting to improve animation. Doing this work better defines our pipeline and sets us up for outsourcing when needed.

11. WIP – Art – Environment – Beech Trees: Dionne began working on a new tree set. Beech trees are a predominant European tree that look significantly different from the current trees in the game. They also come in lots of interesting shapes and sizes, so we can get more variation from them. Once this set is complete, she’ll take some of the work to create a new dead tree set for creepy forest areas.

There’s quite a few things in this Top Tenish list I find exciting. My favorite might be the building concurrency management changes coming from Andrew. Being able to use some of that work on the terrain generation system would be cool, especially if we get a good performance increase.

For art this week, let’s start off with some static images of the updated animations that Scott is working on. If you remember the old animations from way back when, we’ve really kicked it up a notch in our posing to emphasize a character’s movements. With our battles being so huge, and the visual noise being a bit, well, chaotic, this posing helps emphasize what people are doing in combat.

Next up, we have some of the WIP styling from James on the updated Vox UI. If you remember last week, we showed off some of Michelle’s concepts HERE. 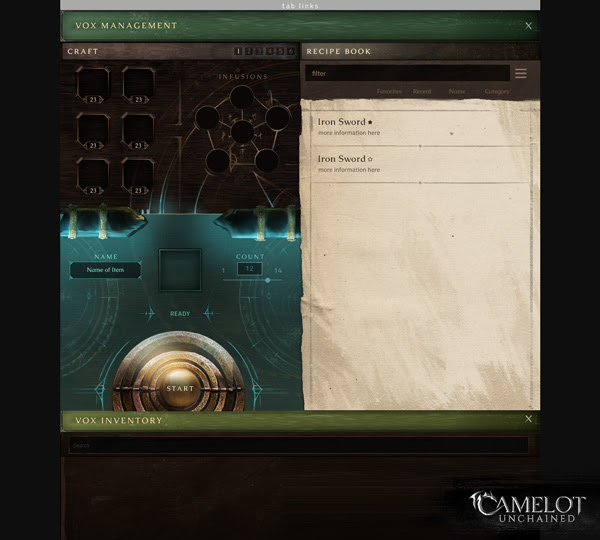 As mentioned, we’re updating our character art to look and perform better. One of those little touches we can’t forget is a quick update to their underwear. One morning this week, Michelle did a quick concept pass for Jon to model from. Just for fun, she added a little flair to a couple of them! 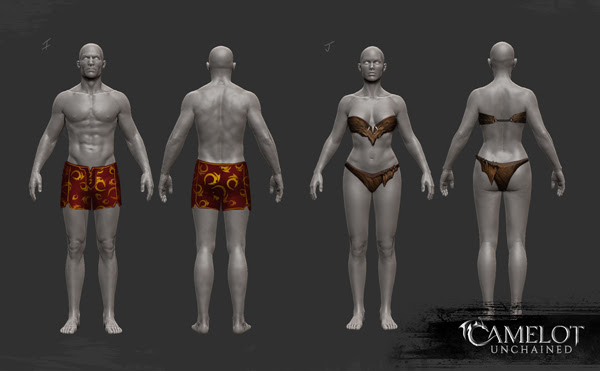 Next I’ve got a few in-game shots of the Dragonfang scenario map. This map is pretty big. All three factions vie for control of the various control points spread about the map, spawning NPCs to help them along their way. Time allowing, we’re going to go back in and add more green to it. In the meantime, check out the current iteration! 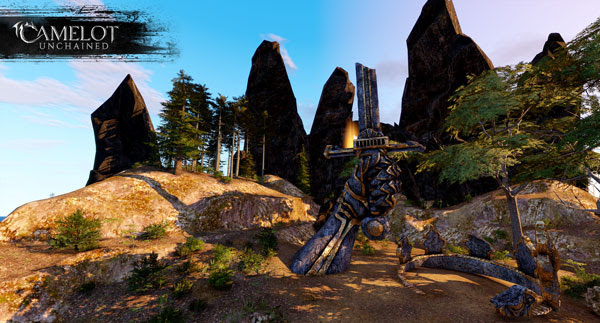 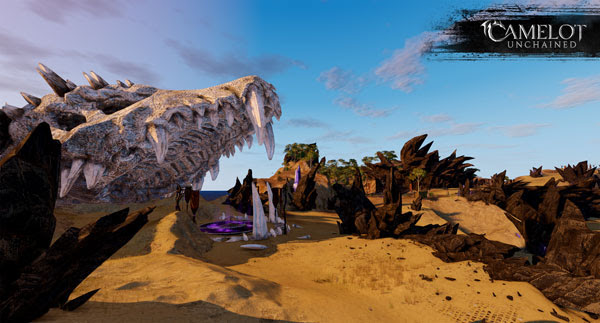 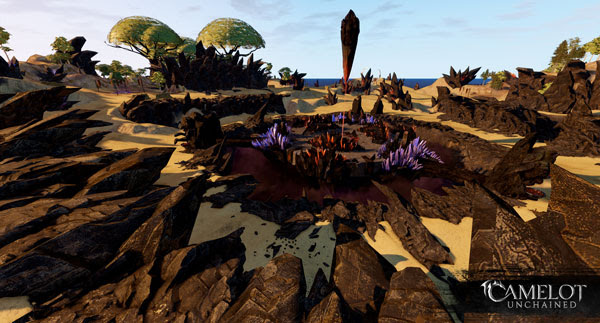 Special thanks this week goes out to our Rich Creepy Uncle, who sent a pizza lunch to both studios! Thank you so very very much! That’s it for this week’s update. Thanks for tuning in, and thank you for your patronage, enthusiasm, and patience. Have a great weekend!