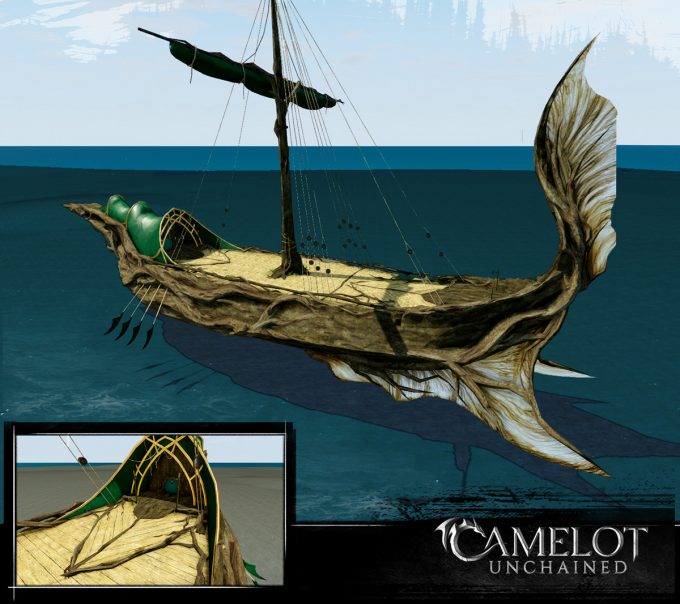 Spring is moving along at a rapid pace for us at CSE as we continue to work through the feature list for Beta 1 day 1 on July 4th. As Mark reiterated in his livestream today, we are still on track, but just barely–we had to spend a lot of time on our compliance with the GDPR policies as well as some other game studio stuff (all good!). Some of that work led to the re-opening of the updated Forums earlier today! We look forward to hearing from all our Backers, old and new. The Forum ToS has been updated (again, GDPR compliance), so please take note of that.

We’ve also had a fairly productive week here, with 17 items in our Top Tenish list. Not bad at all! Of particular note, I’m excited about putting the islands together and getting some solid testing in with Backers over the coming weeks and exploring, building, crafting, and fighting! And just a few minutes ago, we opened Nuada for some IT-only testing. Getting the Forums and IT testing again in the same day is a great way to end the week.

If you missed today’s livestream and Q&A with Mark, you can find that HERE.

To reiterate from previous weeks: If you missed our livestream with Mark and our lawyer Jim covering how GDPR affects CSE and our Backers, you can find that HERE. If you haven’t updated and accepted/declined our new policy, please log into your account HERE. (https://api.citystateentertainment.com/Account/Login ). You will be presented with the information immediately upon your first login if you have not accepted these terms. After that, you can still review or change your acceptance of the policy HERE (https://api.citystateentertainment.com/Account/PrivacyUpdate ).

As MJ always says, we have to do things the right way, even if other folks don’t. And that will never change.

If you have any questions, you can email us at:

For this week’s highlights, we’ve got a lot of fun items. Read on!

Seventeen items this week, and plenty more coming as we wrap up features and continue bug hunting in earnest!

For art this week, we start off with an animation from Scott of the Empath’s basic cast. For the start of Beta 1, we’re focused on a limited number of animations to support gameplay and give us feedback on the animation system, style, and design of the game. Going too wide, too early, could mean a lot of rework if we need to make changes based on Backer feedback. Therefore, for the start of Beta 1, this animation will be used for all the Empath’s casts, minus his special ability. I (Tyler) particularly liked where this one was going, as Scott added a bit more flourish in this animation, which I believe helps differentiate the Empath from the other healer classes. This is just our first pass, and it will probably get some timing tweaks once we see it in-game. 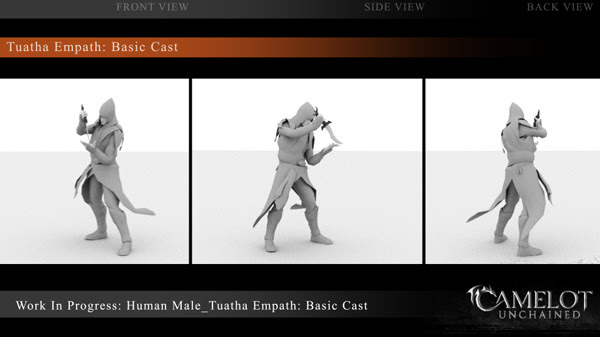 Michelle and I have been focused on fleshing out some shared assets to populate the home islands. Of primary concern was making the area around the spawn point and the docks feel established and lived in. Michelle has been a HUGE help in pulling creative duties while I focused on brute-force construction of assets and materials. By the end of next week, we hope to begin propping out the map with hand-placed assets. Then we’ll clone the map and add or replace parts of the terrain or models to be more relevant to each Realm. Let’s start off with some of the quick concept work Michelle did to “town-ify” the layout from Ben. 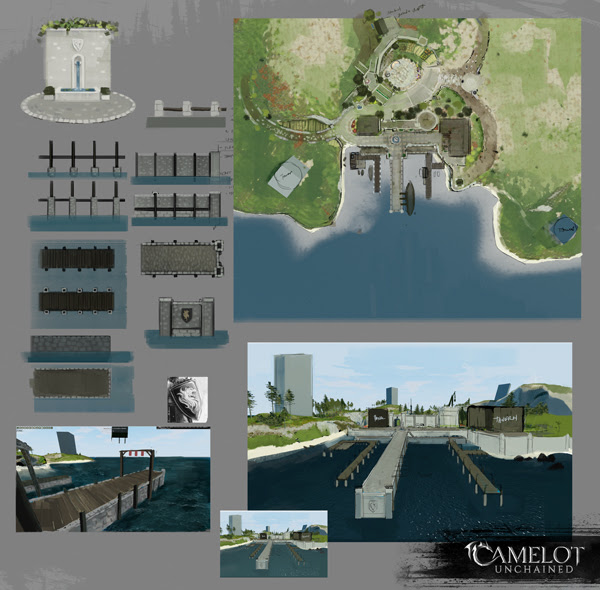 During her livestream this week, Michelle also sketched out many assets we can create that could help make the area feel more like a town. 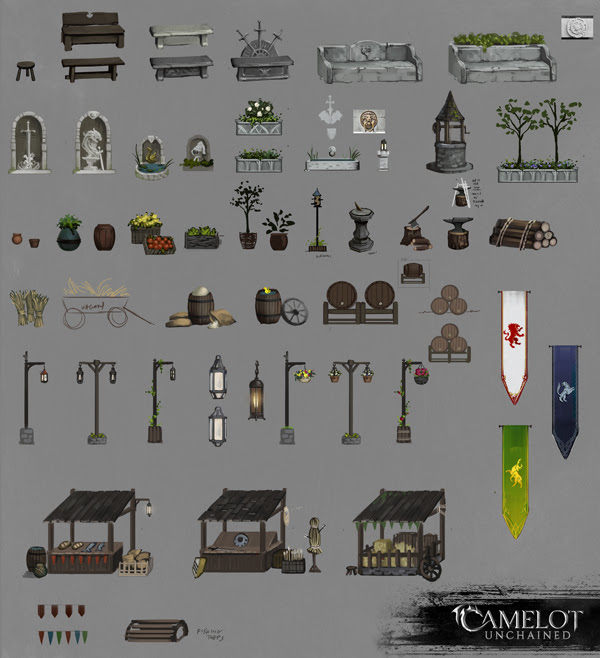 You can catch my first livestream, where I began wrapping my head around this work, HERE. There’s some great conversation between Michelle and myself towards the end. During this week’s livestream HERE, I continued working on the dock assets, primarily fleshing out the geo and creating all the base materials. The following three images are new mats created specifically for the dock. Later, I’d like to find some time to add these to the material list in C.U.B.E.. 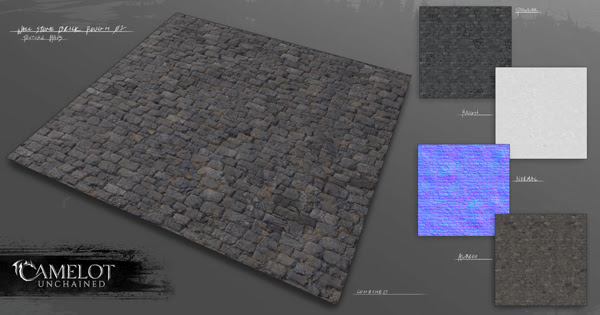 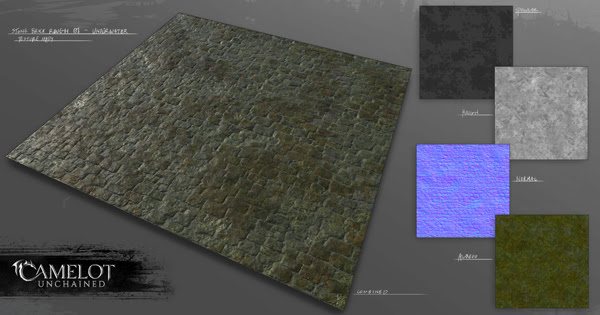 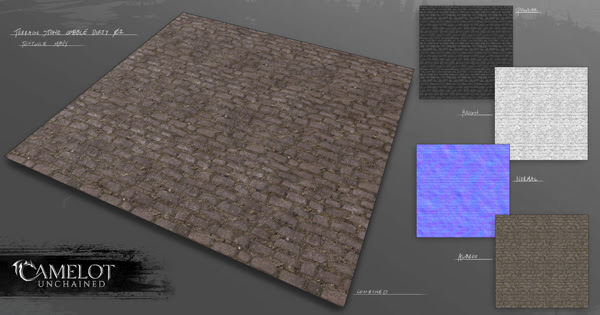 Dionne completed a pass on the materials for the primary TDD ship we’ll put at their home island. You can see the wireframe modeling pass HERE. 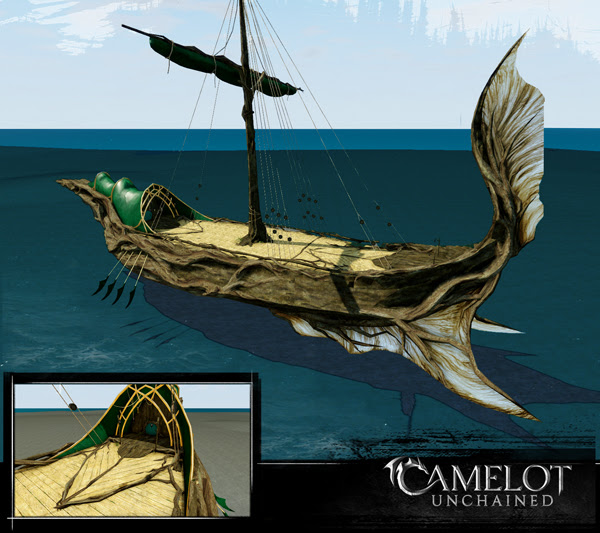 We’re not yet done with the ship, as we have some more ideas of how to better incorporate the tree making up the mast. When we have time to do more polish on the boat, we’ll revisit it.

Below, we have two renders from Jon and Joe for character creation in the patcher. As a reminder, these use the updated character models and materials, which we will put in the game during Beta. This is the male Viking Mjölnir and female Arthurian Black Knight: 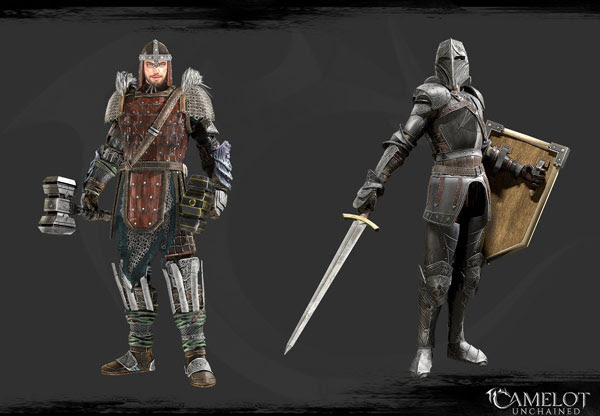 That wraps up art for this week. Special thanks to Poxer, who sent Max this fantastic hat and eyepatch, which had several of us in the office giggling during this morning’s Morning with Max stream. Appropriately, we still had the mead on hand from Paladin Brewer and the members of Sword of the Dragon to round out this image! 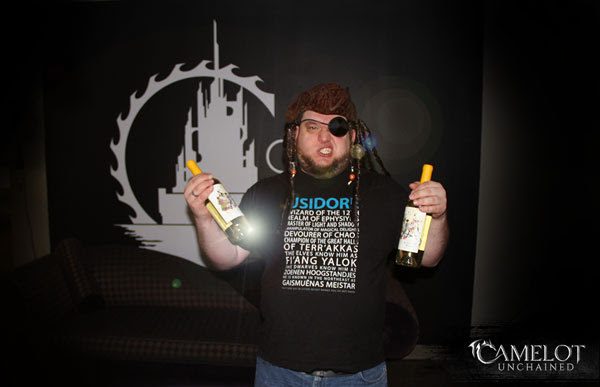 Thanks for taking the time to catch up with us here at CSE as we continue the journey to a strong start of Beta 1. Things are coming together, despite the time spent on GDPR work. I’m particularly looking forward to the next several weeks, as we get players moving between islands and scenarios, testing out all our hard work. Have a great weekend all, and we’ll CU Monday!