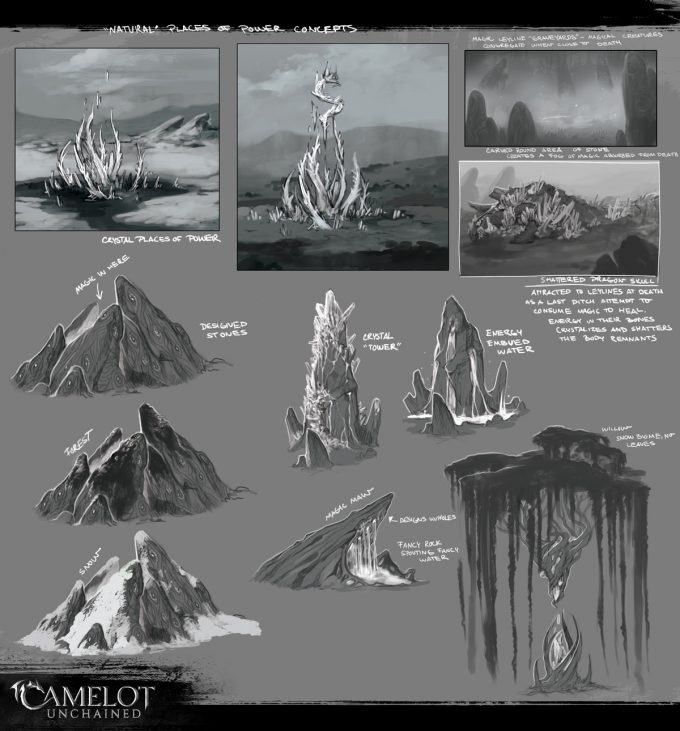 We’ve had a busy week in the heat here in Fairfax VA, perspiring from not only the hard work but also the too-hot and muggy weather we’ve been experiencing. As I (Tyler) am from the west coast, I’m still not used to the sudden thunderstorms in the middle of a generally bright and sunny day. Who does that?!

But clearly I have digressed! We’ve been getting lots done here that has been a combination of continued work on bigger projects like the NavMesh, BPOs, or battering rams, as well as new work, starting with environment concept art. As always, lots going on!

If you missed today’s livestream update with Tim and Andrew, you can find that HERE.

We are planning on a test this weekend. Here’s the basic info. We’ll have another follow-up email for those applicable Backers with more details. As always, pay attention to our tentative testing schedule to keep up-to-date with our testing.

A few of these items certainly fall into the category of totally cool big projects that I need to be patient for. Heraldry designer is a highlight for me, as well as the end goal of all the BPO work allowing us to have crafters place items and siege engines in a building that fall apart with a building as it’s destroyed. Cool stuffs!

For art this week, we’ve got new Arthurian heavy armor pieces. These are all the high poly sculpt renders. 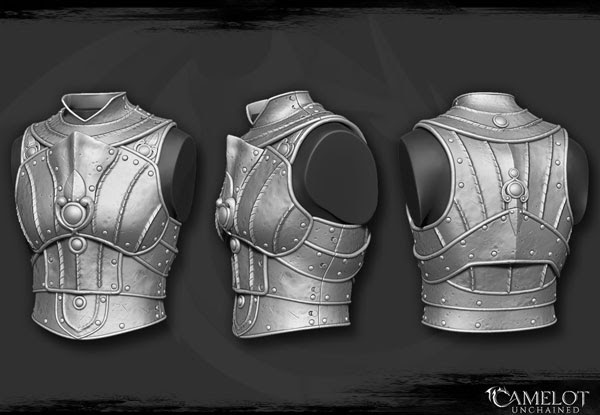 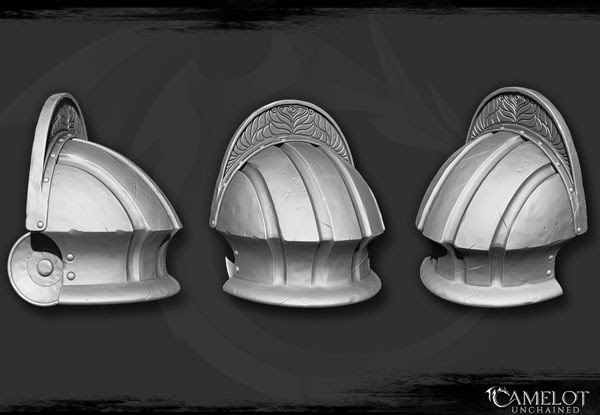 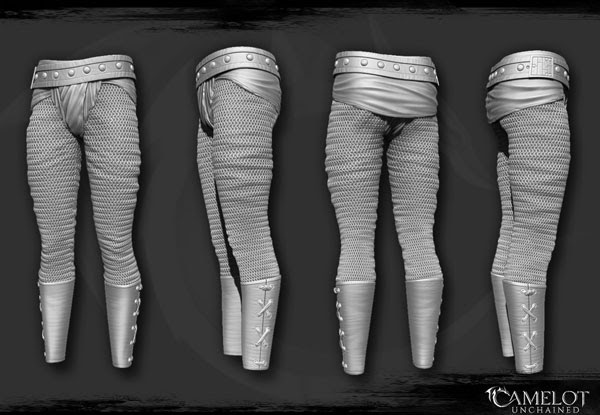 We’re talking about making these pants into an undergarment item so that players can equip a chain undergarment and still equip armor over it.

Next up, environment concept art. Let me preface this with: While these contain some really, really cool ideas, none of these, as of yet, are things we’re planning on doing. This is just exploration and experimenting. If you guys see anything you like in here, feel free to let us know in the forums! 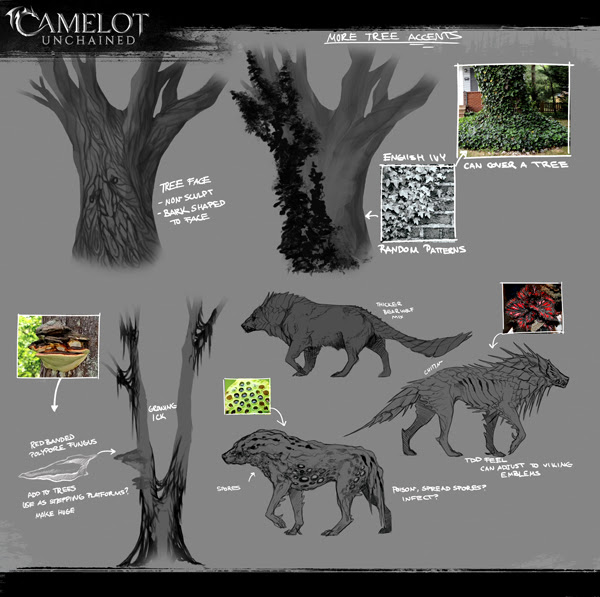 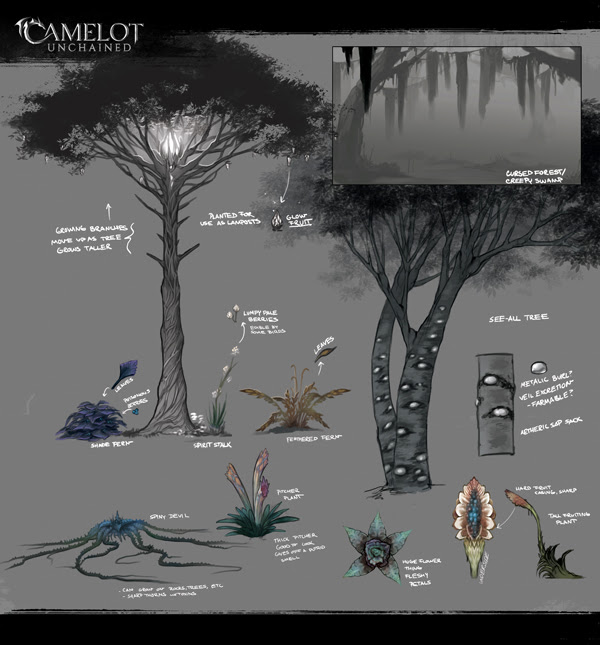 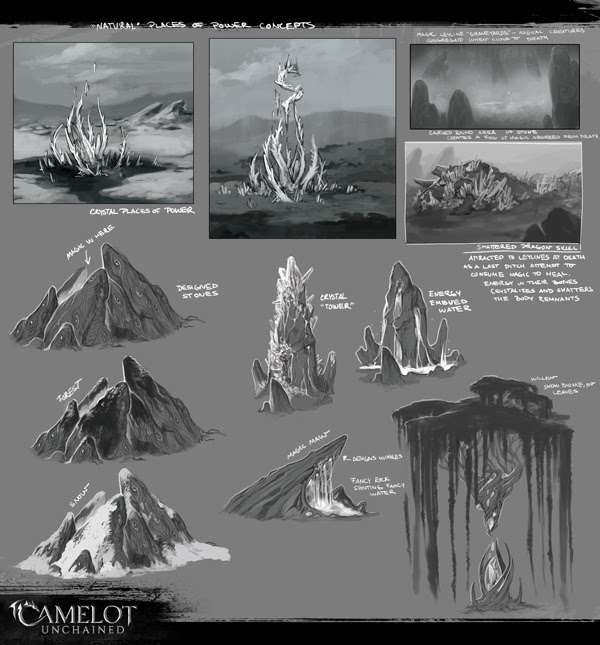 Personally, I really like the wolves. Those would be fun to sculpt!

As promised by Andrew in the live stream, here are a few images of the game with the color values changed. 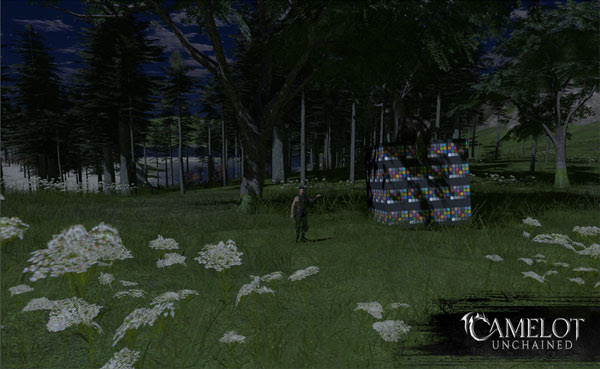 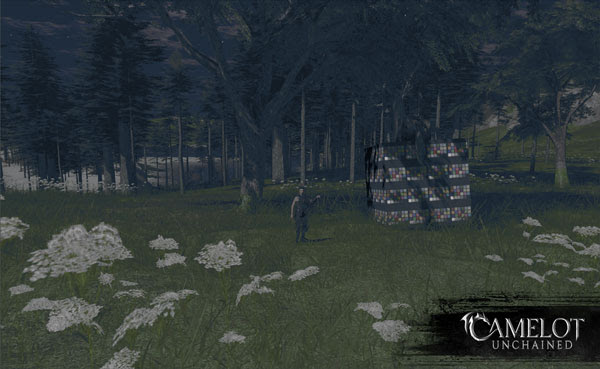 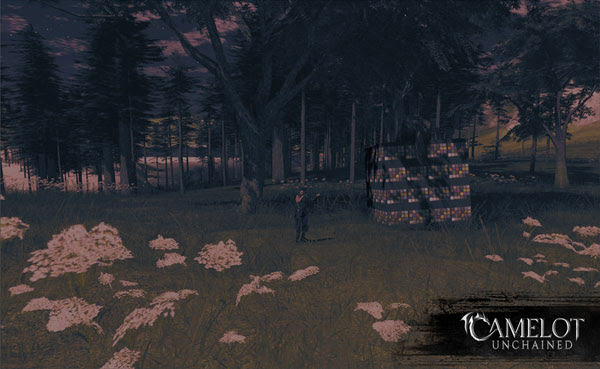 As always, thank you all so very much for coming along on this journey with us and supporting us with messages, asking questions, or showing up for tests! You are the most wonderful Backers and supporters anyone could ask for. We’re working hard through the heat to bring you the game we promised!

Okay, that’s the end of the week here for us at CSE. I hope to see you in our weekend test!